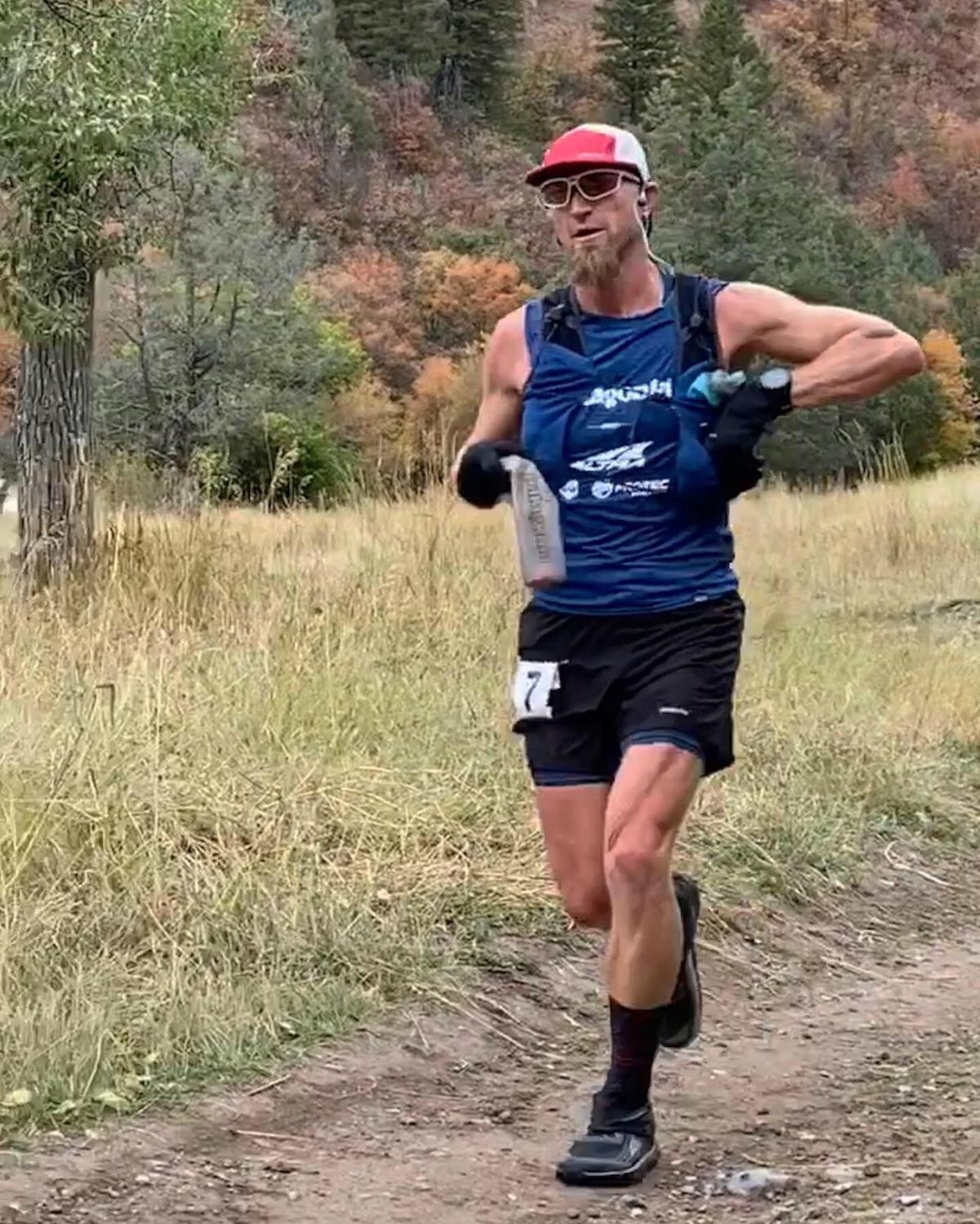 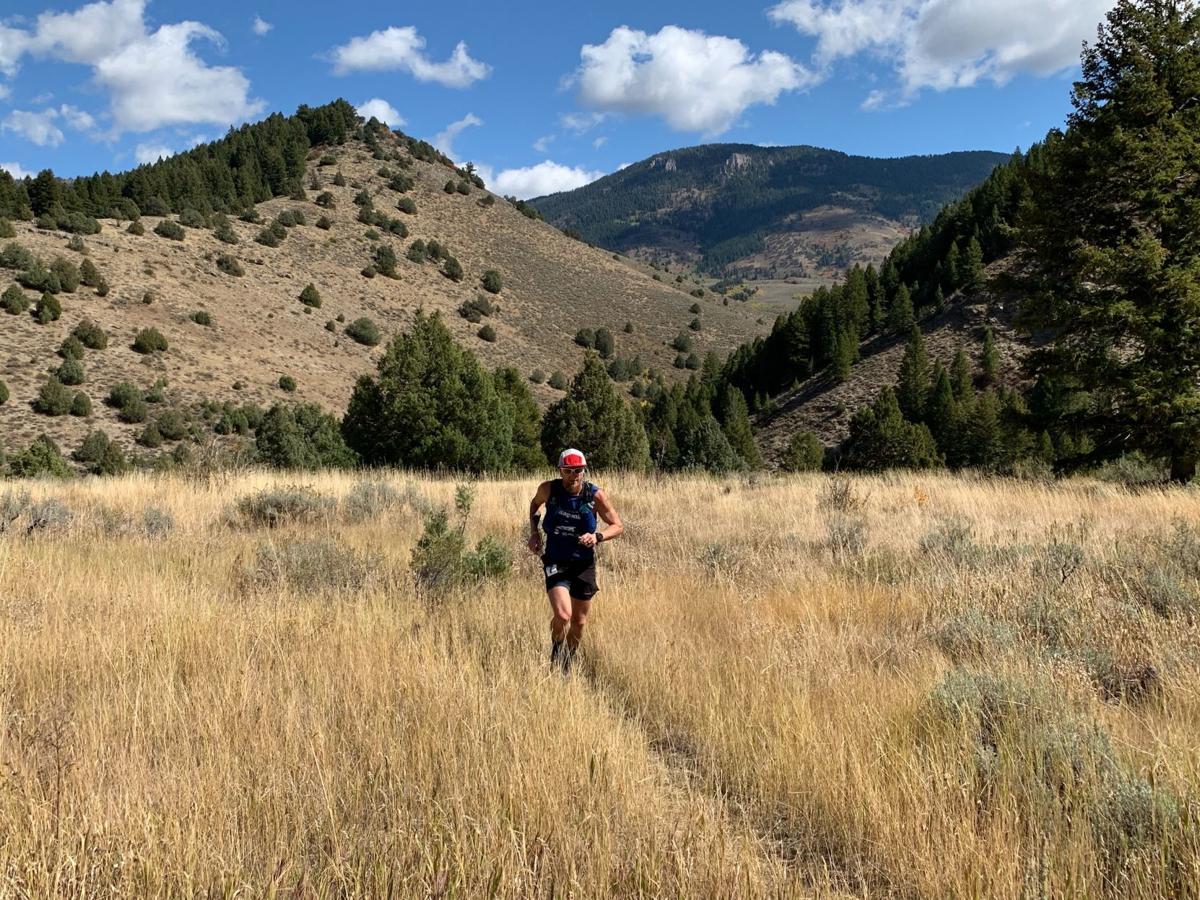 Former Cache Valley resident Jeff Browning competes in the Bear 100, an ultra marathon, a few months ago. The 48-year-old won the race for the second time.

Former Cache Valley resident Jeff Browning competes in the Bear 100, an ultra marathon, a few months ago. The 48-year-old won the race for the second time.

Jeff Browning is two for two at the Bear 100.

The 48-year-old, who now calls Bozeman, Montana, home, remained perfect in the race he has quickly grown to love. It’s been three weeks since the 2019 Bear 100 took place in the mountains east of Cache Valley.

Browning covered the 100 miles on his feet in 19 hours, 6 minutes. He was 28 minutes ahead of second-place finisher Trevor Fuchs of Ogden. The top finisher from the valley was Logan’s Eric Strand, who was 24th in 23:58:45.

The top female was Katie Asmuth of Culver City, California, who covered the course in 23:23:31 and was 17th overall. The top local female was Logan’s Elizabeth Simpson, who was the fifth female and 29th overall (24:50:13).

This year many thought Browning would break the course record. It didn’t happen as Christopher Kollar still holds that mark of 17:50:15, set in 2012.

“I was trying to beat my 18:28 from 2017, so would have loved to run a little faster, but sometimes competition helps in that department,” Browning said. “In 2017, I didn’t take the lead until 76 miles. Having someone pushing you helps with fast times. But, first and foremost, I wanted a win.”

At mile 85 Browning did get startled a bit and suddenly thought he had some competition. His crew had told him he had a “good lead,” but then heard volunteers at the aid station at that mile marker yell “runners.”

“Two headlamps were coming down the hill,” Browning explained. “I jumped up and took off and ran nearly all of the climb up to Ranger Dip aid station at 92, where my crew informed me the lights were mountain bikers. I took a big deep breath, sat in a chair for a couple of minutes and then cruised it the last 7.8 miles for the win.”

He also avoided most of the bad weather that many of the 204 finishers had to deal with. There were more than 300 runners who started the race.

“I was fortunate enough to outrun it (rain and some snow),” Browning said. “I had some minor isolated rain showers in the morning, but I finished before the big storm hit the course. I’ve run a lot of 100s and have been burned a few times with not carrying enough gear. I don’t make that mistake anymore. I was ready for anything.”

He has been doing ultra runs for 19 years and has now completed 38 100-mile races and 120 ultras. Browning grew up in Missouri playing traditional sports and said he excelled at track and football. He was an all-conference wide receiver.

While attending the University of Missouri, he came across mountain biking in 1993. He started riding daily, training and even racing. However, a move to Bend, Oregon, and a new friend there introduced him to ultra running.

He found out he had to qualify for a lottery by running a 50-mile race, which he did.

“By the time I showed up to the start line of my first 100 in 2002, I was hooked on the community, the sport and running in wild places, and my mountain bike took a back seat,” Browning said.

Now he is one of the best ultra runners in the country. Browning has also become a professional runner and launched an online endurance coaching business in 2016. After being a graphic designer for 20 years, he became a full-time coach in 2017.

“I now coach trail runners and ultra runners all over the globe from my home office in Bozeman,” Browning said.

How does he prepare for a 100-mile race?

“Run a lot,” Browning said. “Seriously though, I do cross-train on a bike, hike, ski, lift weights, work on mobility and really concentrate on a clean, paleo-style diet. Running-wise, I run in the mountains multiple times per week in a big training block getting ready for a race like the Bear 100.”

He runs between 60 to 100 miles a week, with 15,000 to 20,000 feet of climbing. Browning also spends time on a bike and does several strength and mobility sessions each week.

This helps him compete against much younger runners and win. He credits his success up to more than 30 years of “consistent endurance training” and strength training since the mid 80s. Browning also changed his diet and “ditched” grain and sugar.

“Basically, I adhere to a paleo/primal blueprint style diet 90 percent of the time, and the other 10 percent I use a ketogenic diet strategically,” Browning said. “This keeps me lean and my inflammation low. Recovery is faster on this dietary lifestyle. That’s been a huge performance enhancer and has allowed me to race often and not break down.”

“I like the aesthetics of a point-to-point race,” Browning said. “Plus, it’s a gorgeous, hard mountain 100 in the fall when the leaves are changing, and those type of races appeal to me.”

He lived in Cache Valley for two years, just recently moving to Bozeman, so returning was a homecoming of sorts.

“I got the opportunity to train in those mountains for two years,” Browning said. “It’s familiar and I get sentimental when I come back to Cache Valley and the Bear River Range. I love the mountains in Northern Utah.”

Next up for Browning is a 100-miler in November in Alabama, “then ski as much powder as possible.”

For Strand, this was his first-ever 100-mile race. He had hoped for a top-10 finish and was actually up with the leaders in the early going. Those goals had to change as the race progressed.

“It was quite an experience,” said Strand, who teaches and coaches at Logan High School. “I had really high expectations of myself going into it. However, I did not achieve many of my original goals. The Bear 100 was more difficult than I thought it would be.”

At the midway point, Strand was in fourth place. However, just before reaching Tony Grove and the 50-mile mark he noticed how bad his body was feeling. He said he was done racing at that point and just tried to run as much as he could the second half.

“Twenty people passed me over the second 50, so that is kind of an indicator of how the last 50 miles went,” Strand said. “... After Tony Grove, I realized that I was not going to hit my original goal of being top 10. I was just moving so slow, breathing hard and had a fast heartbeat. I tried to just keep moving. I got really down for a while. One thing that helped me was just realizing how many people were doing this crazy thing with me. I was ahead of about 300 people or so and they were going to be suffering longer than me. I just tried to enjoy being on the trails, in the mountains and doing something crazy with 300 plus other people.”

His new goal was to finish in under 24 hours, which he accomplished. The 31-year-old made sure to thank Mark Summers, a former athlete he coached at Logan High, for pacing him the final 31 miles.

“I was not moving very fast, but he (Summers) helped me stay positive during the race,” Browning said.

The ran started at 11 p.m., but Strand was ready for it. The mud that followed was “the most challenging. I was slipping and sliding all over the place.”

“I remember Mark Summers saying, ‘man, it does not get any more epic than this,’” Strand said.

After completing his first 100 miler, what is in the future for Strand?

“My wife originally said if I run another 100 it will be when we are divorced or she is dead,” Strand said with a laugh. “It put a lot of stress on her and my kids. She did not really sleep at all and sacrificed her whole day and night for me. For 24 hours or so afterward I had no desire to ever run 100 miles again, but that changed. I am not signed up for anything yet, but I am running again thinking about next spring and summer. I actually might jump into some track races during the winter.”