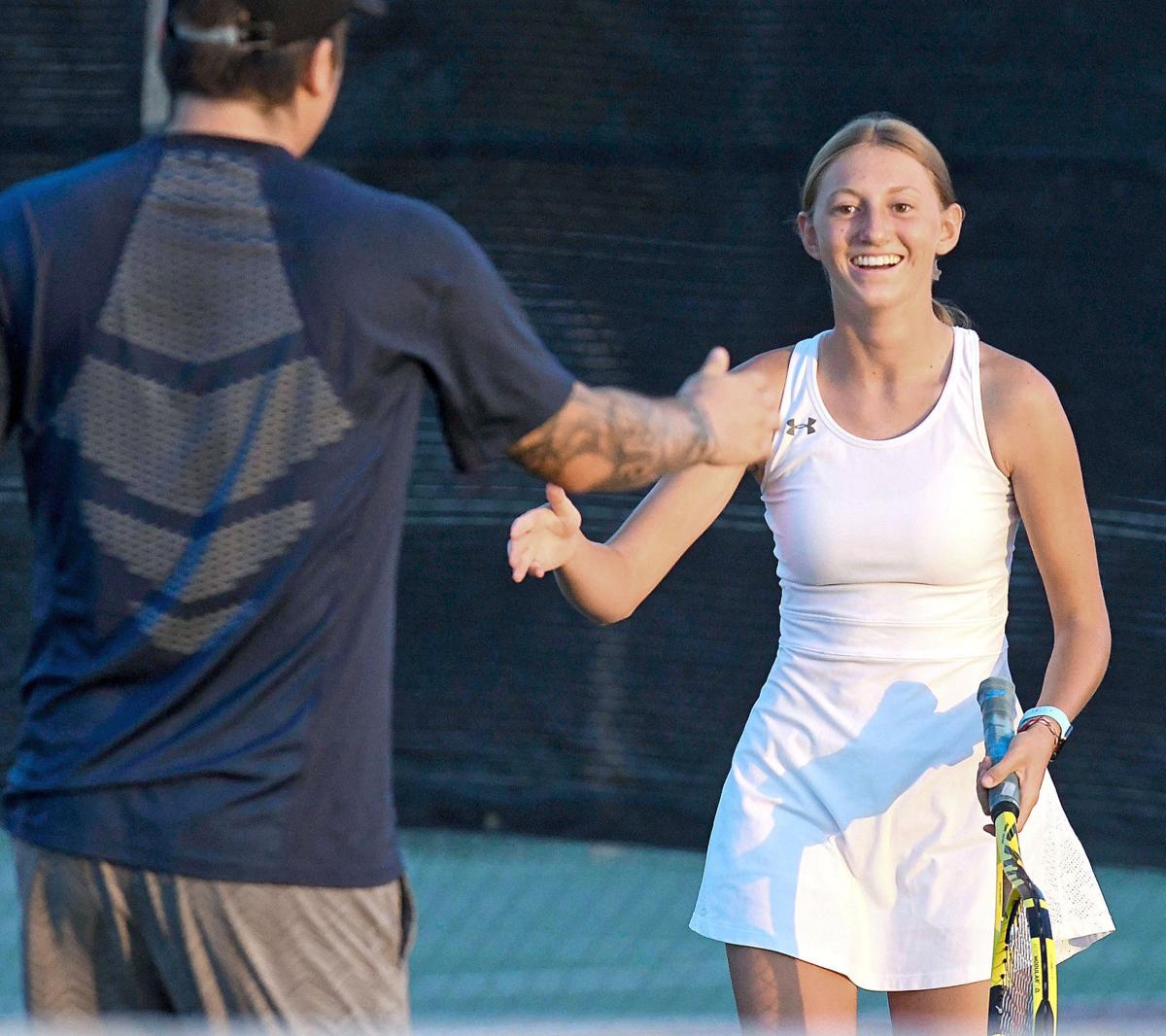 Jose Carvajal, left, and Rachel Chipman celebrate a point during a mixed doubles match on Aug. 7, in Logan. 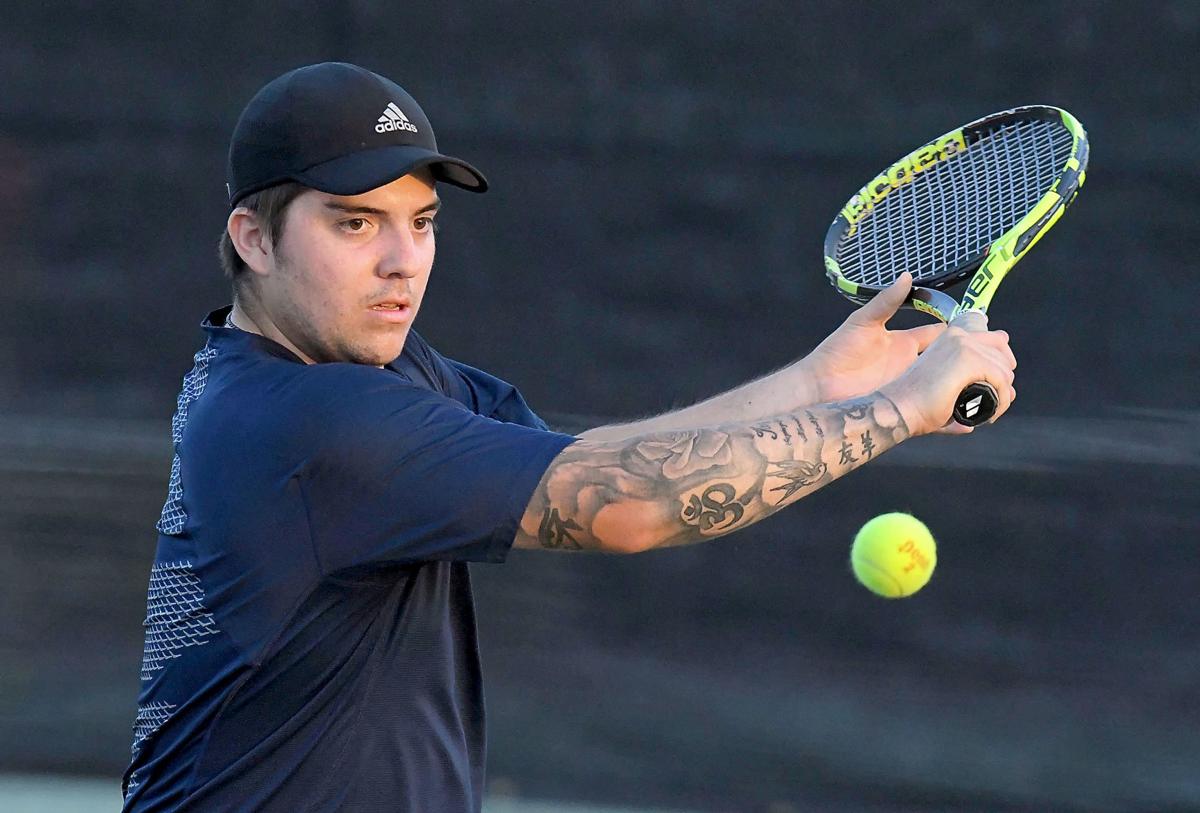 Jose Carvajal returns the ball during a mixed doubles match on Aug. 7, in Logan.

Jose Carvajal, left, and Rachel Chipman celebrate a point during a mixed doubles match on Aug. 7, in Logan.

Jose Carvajal returns the ball during a mixed doubles match on Aug. 7, in Logan.

As far as Jose Carvajal was concerned, seeing one of his students progress was one of his most gratifying experiences at the Herald Journal Tennis Tournament.

The former Utah State player certainly had a firsthand account of the strides his student, Sky View No. 2 singles player Rachel Chipman, made at the annual tournament. You see, Carvajal teamed up with Chipman to capture the doubles championship in the mixed open division.

“Yeah, that was a great opportunity,” Carvajal said. “She invited me to play in the tournament and it was a lot of fun. She did what we had been working on, and I was very proud of her how she played in our doubles matches. She fought very hard.”

Carvajal and Chipman, who won all three of her matches at last week’s Cache Valley Invitational, were tested in the finals before prevailing against Ryan Cheney and Amberlie Barben, 7-5, 6-3.

It was the second Herald Journal tourney title for Carvajal, who reigned supreme against former Aggie and Mountain Crest player Matt Thatcher in the finals of the men’s open singles division, 6-4, 6-2. The native of Pererira, Columbia, also received some reasonably good competition from Scott Johnson in his other singles match.

“Well, I think they did a great job,” said Carvajal, who was a two-time all-Mountain West selection as a doubles player and helped lead USU to its second straight appearance in the NCAA Tournament in 2018. “They tried their best, but, yeah, it’s a little bit different from what I’m used to. But they did a really great job of competing, and it was fun playing them.”

Carvajal was one of four athletes who won multiple titles at the recently completed tournament. He was joined by youth players Thatcher Ellis and Macy Huish and Ridgeline senior Madi Brenchley. For Brenchley it was an ideal tune-up for the high school season, which started less than a week after the tourney.

“It was really valuable for me because I haven’t been doing a ton of competition since corona happened, since a bunch of tournaments were canceled,” said Brenchley, who won three individual region titles and a 4A state championship at No. 3 singles during her first three seasons with the Riverhawks. “So being able to play this tournament actually got me into a competitive mindset, so I think it really helped me be ready for this upcoming (prep) season.”

Ellis won a pair of doubles titles, while Huish was dominant in both singles draws she entered. Huish went 4-0 in the girls JV flight and never lost more than two games in a set, and she also rolled in both of her girls 13 singles matches.

Ellis and Matt Thatcher were triumphant in the men’s open doubles division, and Ellis combined with Ayden Rupp to win the boys varsity flight. Rupp and Ellis were pushed to three sets in the finals by Trent Cannon and Kale Klein.