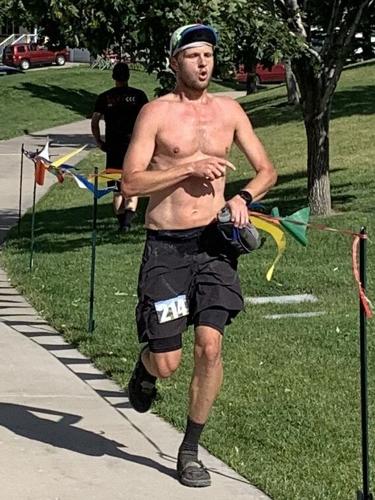 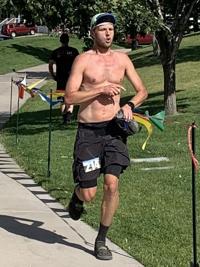 Sam Collins, of Provo, crosses the finish line at the Logan Peak Trail Run Saturday morning to win the race in 3:39:19, less than a minute off the course record. 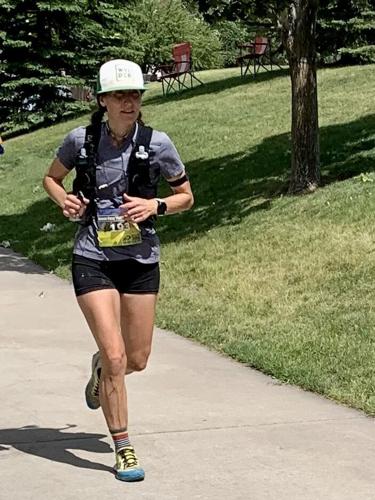 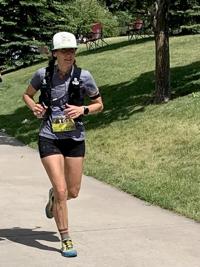 Rebekah Rose, of Lewiston, approaches the finish line of the Logan Peak Trail Run. She was the first female to finish the race in 5:22:01.

Sam Collins, of Provo, crosses the finish line at the Logan Peak Trail Run Saturday morning to win the race in 3:39:19, less than a minute off the course record.

Rebekah Rose, of Lewiston, approaches the finish line of the Logan Peak Trail Run. She was the first female to finish the race in 5:22:01.

Once again it was some first timers that shined at the annual Logan Peak Trail Run.

The 16th running of the race on Saturday saw both the top male and top female complete the more than 26-mile course for the first time. Sam Collins beat all runners, while Rebekah Rose was the top female.

“I just tried to run my own thing and ended up in front,” Collins said. “... It was perfect today.”

There were no course records this year – the women’s record fell last year – but Collins nearly bettered the men’s mark. A broken shoe probably prevented the record from falling. He noticed with about five miles to go that a strap on his right trail shoe had failed.

“I’m not sure when it happened,” Collins said. “Probably a stick or something hit it just right and snapped the tension.”

“I did look at times before the race and thought it was possible to go under 3:40,” Collins said. “But when I struggled at mile 20, I didn’t think I could make it. Hindsight, I could have maybe broken the record. I knew I had a big lead, but I was thinking about that (record) time.”

Perhaps the Bellingham, Washington, native who now resides in Provo will make the trek north again next year and go after the record. The 27-year-old has been enjoying the mountains of Utah since moving and plans to keep racing on trails. He is planning to do his first 100-mile race in September.

“I moved here for the mountains, plus I had some friends down here, so it gave me more people to train and run with,” Collins said. “I ran in high school and did two road marathons, but just didn’t really like it. I always liked hiking and backpacking and now I’ve turned a day hike into a couple of hours.”

Race director Jim Skaggs said 147 people signed up for the grueling race. There were 134 that finished the race that featured 7,000 feet of elevation gain and a few small patches of snow.

Temperatures were in the 60’s at the start of the race that begins at Hyrum Gibbons Mount Logan Park on Cliffside. There was a breeze at times that gave some relief, but as the sun rose, so did the mercury. By the time the majority of the runners returned down Dry Canyon to the park, it was in the 80’s.

“It was definitely a lot hotter than I thought it would be,” said Rose, a California native who now lives in Lewiston. “I thought we might have a nice cool, beautiful day, but it got toasty up there. The back half got hot, but thank goodness for that little spring. That was a life saver.”

The 41-year-old mother of six was able to hold off a couple of women to take first with a time of 5:22:01. Cristina Regalado of Salt Lake City came in at the 5:23:40 mark and originally was awarded second. However, Courtney Farrington of West Jordan had actually come in close behind Rose in 5:22:28 to take second.

“You always have areas you can work on and I will go do that after this race,” Rose said. “I was lagging a little bit between miles 16 to 20. I got tired and didn’t fill up at the aid station. I will make tweaks like that in my next race.”

While the women’s race was tight, the same can not be said for the men. Collins was more than 22 minutes ahead of the second place runner, Jason Schlarb, who crossed in 4:01:33.

“I had a friend that did it last year who told me to go 10 minutes and evaluate if you are with people or not and how you are climbing uphill,” Collins said. “If it’s too hard, pull back some. I ended up being in the lead once we hit the trail and just ended up pushing to the aid station, so I hammered that climb.”

The first aid station is where the Dry Canyon connects with the syncline trail. On his way to Providence Canyon along the south syncline trail, he came across a moose.

After wrapping around to the east of Logan Peak and then going up and tagging it, it is back down and around the north syncline to Dry Canyon.

“There is a hill around mile 20 that I struggle at, but after that I just let gravity take me,” Collins said. “I felt good out there.”

While this was the first time Collins ran this race, he does have some connections to the valley as his grandparents once lived here.

“I always thought this would be a cool place to come do a race,” Collins said. “Plus, Jim (Skaggs) puts on good races.”

Schlarb, a 44-year-old professional trail runner from Durango, Colorado, used Saturday’s race as a training run. He made the seven-and-a-half hour drive Friday, arriving in Logan at 11 p.m. The race check in was at 5 a.m.

“I maybe slept three hours, so it was a tough start, but man this course is beautiful, fantastic,” Schlarb said. “It was a pleasure to run.”

The Colorado runner had never done the Logan Peak Trail Run, but enjoyed it and felt it was good preparation for two big races he has coming up in Europe later this summer.

“My son and I are going to Europe for the Eiger 101K in Switzerland,” Schlarb said. “This is a great training race for me to get ready for that. This was awesome. I am really happy with second, especially with that gentleman running a course record (almost a course record).”

Rose is doing the Bear 100 in September and felt it would be good to run a local race that covers some of that course. She ran at San Jose State and then started a family. After her sixth child, decided to start running again in 2017. She holds some trail course records in California.

Regalado ran this race last year as her first-ever trail run and was much happier about the outcome Saturday. The 32-year-old physician’s assistant was 30 minutes faster this year.

“It was tough and warm, but overall I had a blast,” Regalado said. “... It helped me mentally prepare, having done this race before.”

Regaldo said Rose was “clearly” ahead the whole race among the women.

“She (Rose) crushed it,” Regalado said. “I’m pretty stoked about my race today.”