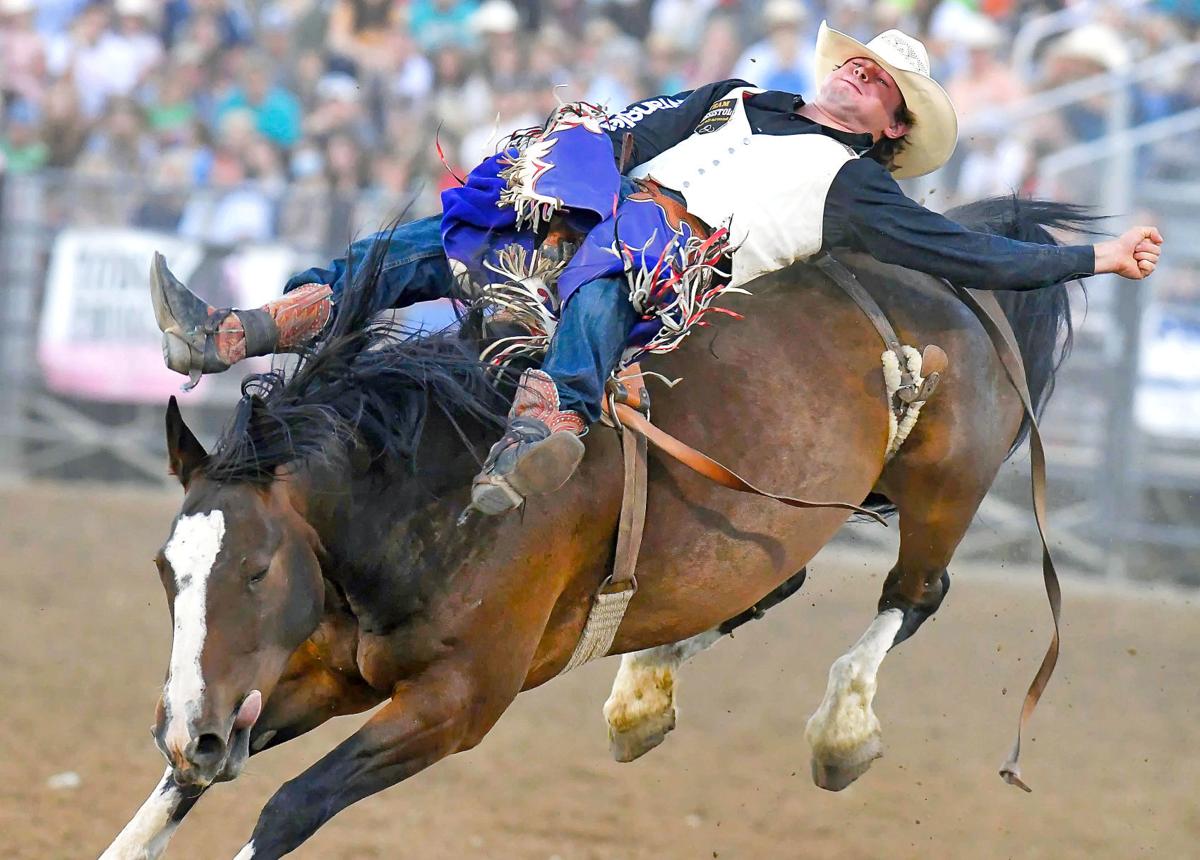 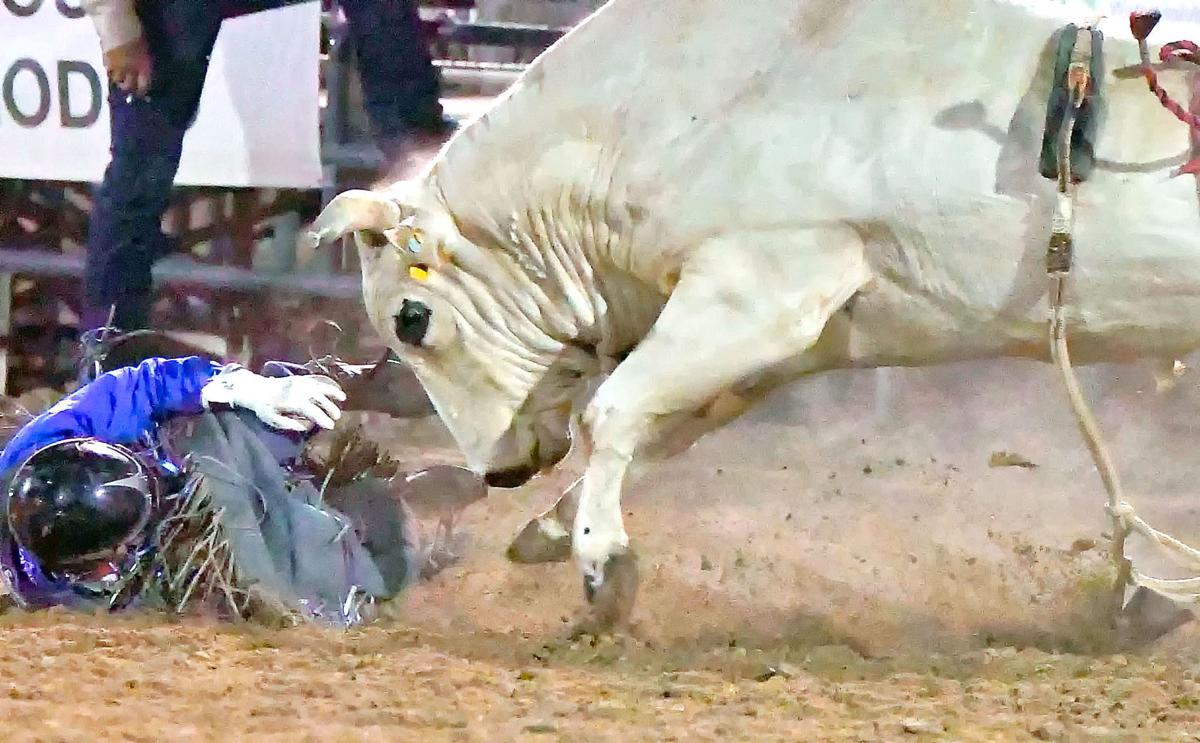 Stetson Wright gets bucked off of the bull Maverick at the Cache County Fair and Rodeo on Thursday night.

Stetson Wright gets bucked off of the bull Maverick at the Cache County Fair and Rodeo on Thursday night.

It’s been a strange year for pretty much everyone in the sports world, including rodeo cowboys.

On the first full night of the Cache County Rodeo, several big names and some lesser known members of the Professional Rodeo Cowboys Association (PRCA) took some time to chat about the 2020 rodeo season. They are happy to be competing again after all rodeos were halted for several months, but trying to make it to the National Finals Rodeo and even entering competitions has been different.

“It’s been really hard and especially for me because I had surgery last October and was out all winter,” said Riker Carter, a bull rider from Stone, Idaho. “COVID hit and everything got canceled, so once it started back up I didn’t have any money won to get into rodeos. I’ve had a hard time getting into rodeos. ... They go off the standings to get in and there are so few rodeos that everybody is entering every rodeo. If you are not in the top 20 in the world, you are not guaranteed a spot.”

Carter may have some more clout after this rodeo. He covered Stands Alone for the required eight seconds and was rewarded with the highest score Thursday night — an 85.

Perhaps things are starting to go his way as he tries to climb into the top 15 in the standings, which earn a trip to the National Finals Rodeo (NFR) at the end of the season. Carter began the week in 36th. He was supposed to ride Speck, but that bull caused problems in the pens and wore himself out, so Carter got Stands Alone.

“They couldn’t get him (Speck) loaded, and if they had got him in, he would have been burned out and not bucked good,” Carter said. “It worked out well for me. I got a good, older bull and he was pretty good.”

Carter’s first win in the PRCA came in Logan 10 years ago when he was 18. He has faired well at place he is familiar with and has family living in the valley.

While the Idaho cowboy had some good luck in Cache Valley, the defending PRCA all-around champion did not. Stetson Wright, who is currently third in the all-around this year, was bucked off his saddle bronc horse and later in the bull riding also did not make the required eight-second ride. And to throw some salt in the wound, got roughed up a bit by bull he tried to ride.

“It was a really good horse, and I let it get away and hopefully I will fix it and make up for it the rest of the week,” Wright said. “I don’t think I should ever fall off a bull.”

With so few rodeos, every night looms large.

“We’re trying like hell to keep a positive attitude and take advantage of the good stuff,” Wright said. “Tonight I didn’t take advantage of it, but we are healthy and will be ready for the next one. That’s how I’ve looked at it all year.”

After such a sensational rookie season in 2019, Wright is trying not to think about the standings and where he is at. The 21-year-old has learned how to deal with high expectations as he is the youngest Wright competing in the PRCA. His father (Cody) was a two-time world champion in saddle bronc riding. He has had two uncles (Jesse and Spencer) win titles and an older brother (Ryder) too. The television news program 60 Minutes recently did a story on the Wright family, who live in Milford.

A young cowboy from Winterset, Iowa, ended up with the best ride on Thursday in the saddle bronc competition. Riggin Smith, who is 24th in the world standings, picked up a score of 79.

“You have to make a lot of hard decisions because the rodeos are stacked up now,” Smith said. “You have to enter all of them and then pick and choose. You wish you could go to all of them, but you can’t.”

“It’s a drawing game now because everybody is going to the same rodeos every weekend right now,” Bennett said. “I’ve had a rough time drawing good, but got lucky this weekend.

“This was my first time here, and it was awesome,” said Reiner, who is 20th in the standings. “... This year I was expecting to go to more rodeos, so it has been hard. Mentally and physically, we have had more time to prepare, so that has been good for recovery.”

The final night of the rodeo will take place Saturday night with action beginning at 8. There was also a rodeo on Friday night and on Wednesday there was an Extreme Broncs competition, that was new to the Cache County Rodeo this year.