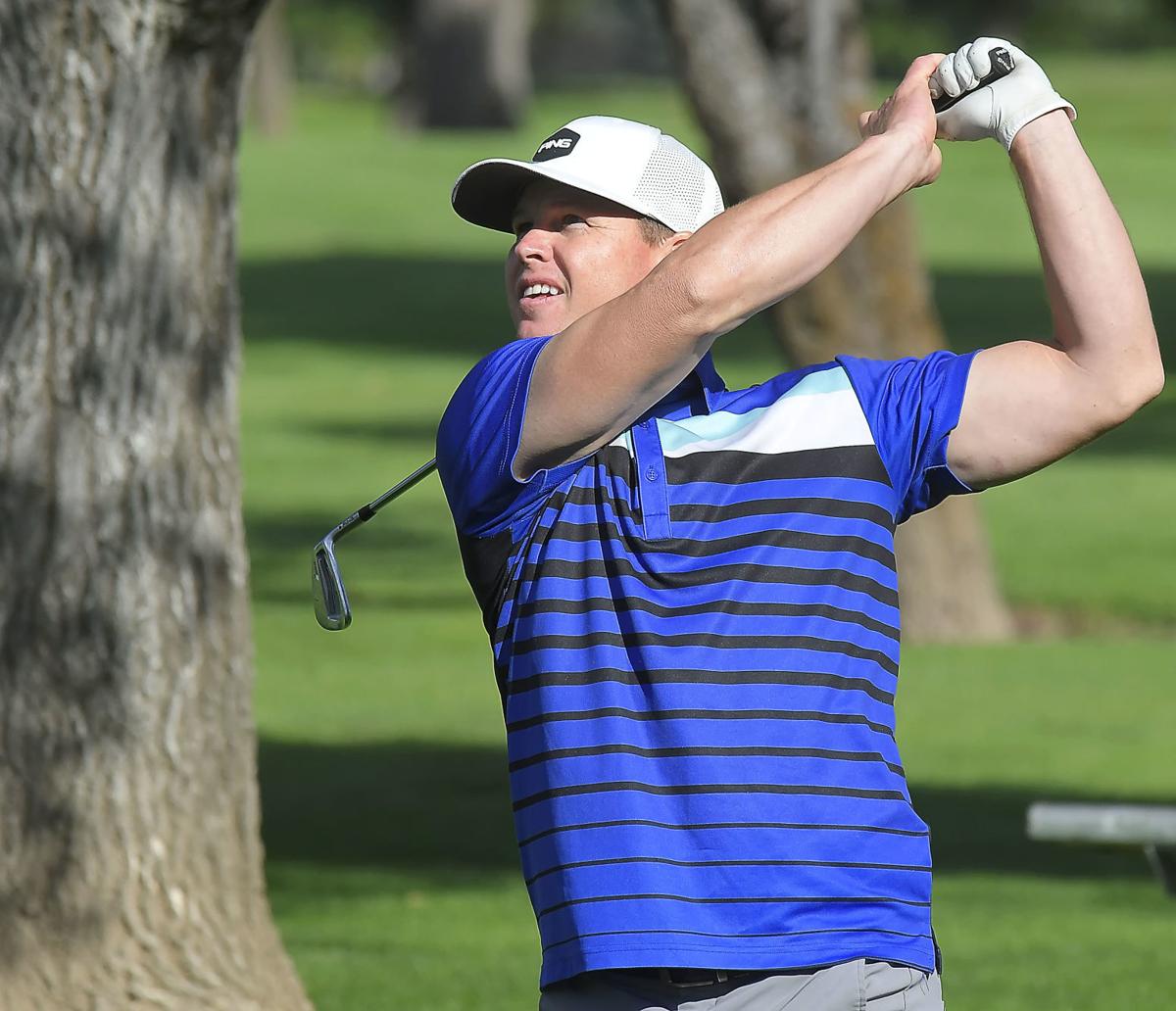 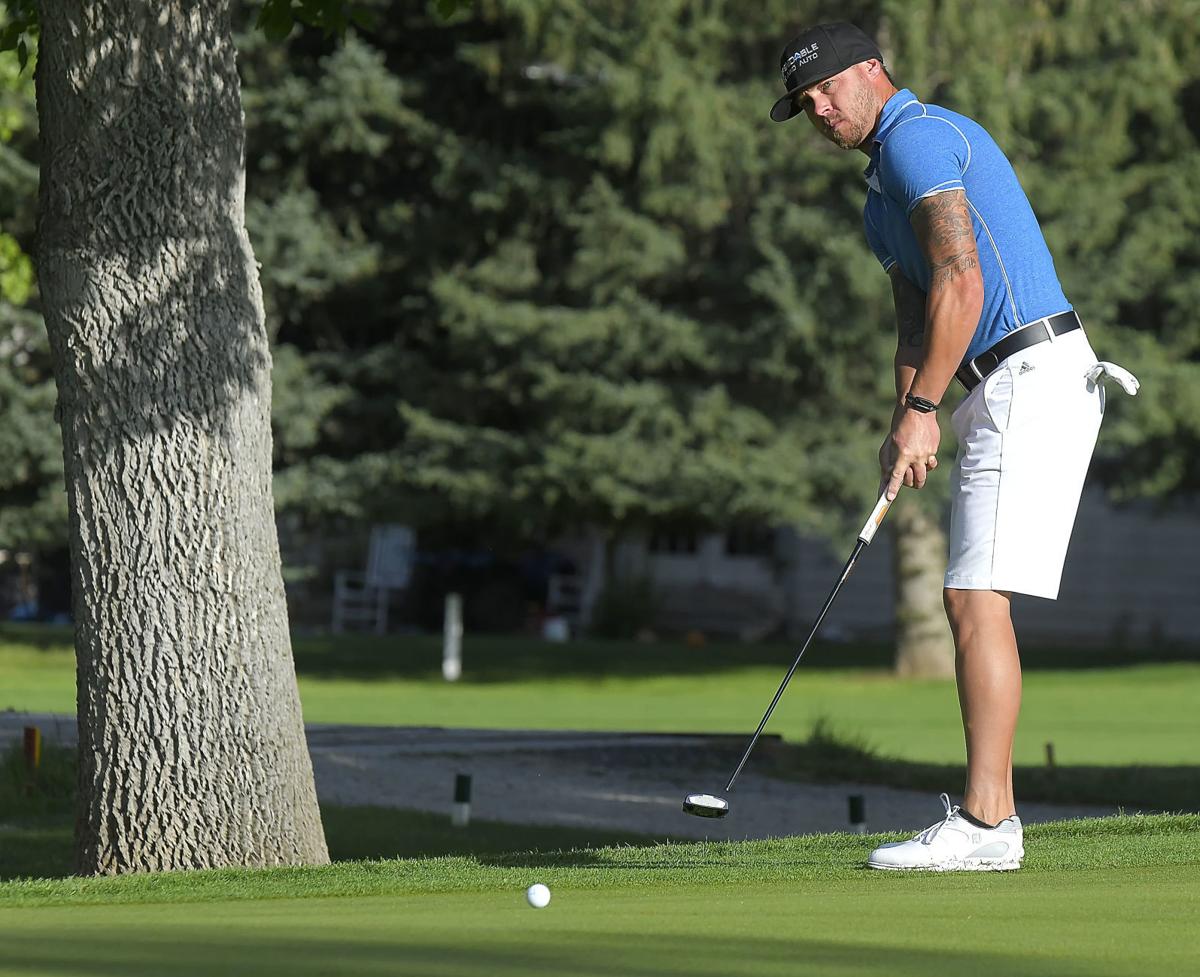 Nate Nyman putts the ball on the third hole at Birch Creek Golf Course on Saturday.

Nate Nyman putts the ball on the third hole at Birch Creek Golf Course on Saturday.

SMITHFIELD — For the first time in a decade, Devin Daniels stood atop the Birch Creek Men’s Association as its club champion after shooting an impressive 130 across two rounds at the Smithfield course.

The primary reason behind the interlude doesn’t lay on any sort of poor play on Daniels’ part. The Cache Valley native and former Utah State golfer spent most of that span playing professional golf on various PGA tours around the world. But the much more relatively unknown Birch Creek course holds a special place in Daniels’ heart as he developed his love for the sport playing on that very course.

“It just doesn’t get old,” Daniels said of Birch Creek. “The golf course is always in such good condition. The greens are always good and it never disappoints.”

In round one, Daniels destroyed his home course and nearly tied the course record (which he owns) of 61 by recording a 10-under par 62 round. The score dwarfed the competition, beating out the Day 1 second place man, Nate Nyman, by seven strokes.

“It was a really good day,” Daniels said of his first round. “For me, it would have been fun to tie it or even to break the course record, but where I haven’t been playing as much it was really kind of fun to get in a groove, get in the zone and play well like that.”

The near record-setting 18-hole run began to show right away. Daniels opened his round on hole 13 due to the Friday shotgun start. Despite a conservative approach — not typical of his overall tactics on Day 1, according to Daniels — with a hybrid off the tee box, he made the green in two shots and sank a six-foot eagle putt. That, Daniels said, “kick-started the entire day.”

When asked about his mentality going into Day 2 with such a sizable lead and spectacular round under his belt, Daniels said it wasn’t about staying ahead of his competitors.

Whether or not Daniels was successful in that regard is up for interpretation as, when compared to his outstanding Friday performance, the 68 Daniels shot on Saturday was somewhat disappointing. The former pro admitted he had higher expectations for himself in the second round, but said “I was still happy with it,” along with the final results.

His 130 was nine strokes ahead of second-place Kourt Knowles and 12 better than 2018 club champion Dylan Hardy, who beat out Daniels in the latter’s return to Birch Creek after regaining his amateur status.

Daniels topped the A Flight and in the B Flight, Jace Blotter took home first with a 157. Scott Nelson (160) and Doug Beach (162) rounded out the top three.

Another local club championship was contested last weekend, and Sky View standout senior Ryan Seamons captured the Preston Amateur Championship Flight title with a two-round total of 133, which was good enough for 9-under par. Seamons sparkled as he shot a 67 and 66.

Nyman placed second with a two-day total of 137. The Cache Valley Amateur champion fired rounds of 68 and 69.