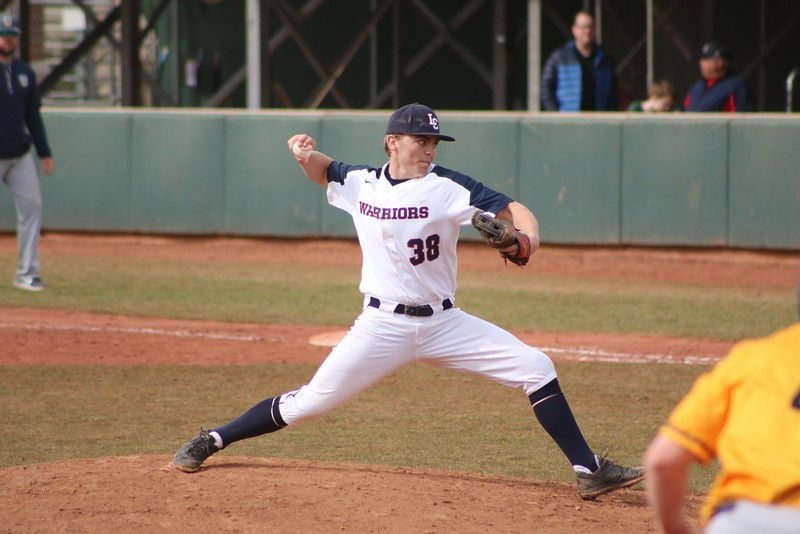 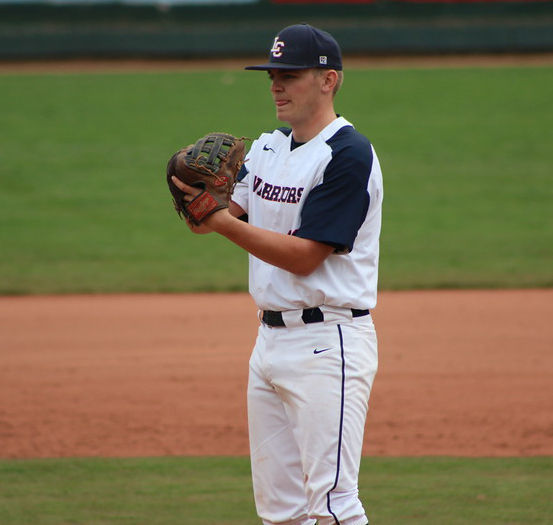 One could argue that Jesse Parker was an above average high school athlete: Varsity letters in football and baseball, a four-year varsity starter for Preston’s baseball program who, as a junior, helped lead the Indians to their first state tournament appearance in nearly a decade.

As a freshman at Preston, lore has it that Jesse was called on to pitch against the defending state champ Bonneville Bees on the road. At the time, Jesse had one pitch: fastball, hopefully for a strike. The story would have it that Jesse learned what a changeup was as he was warming up in the bullpen before the Bonneville game.

Jesse went on to use his new weapon and was able to hold it to a 2-1 game, which Preston lost. Not too shabby for a baby-faced freshman. Chance Randall coached Jesse through his 10th, 11th, and 12th-grade years, as well as getting Parker involved in some summer ball with the Smithfield Blue Sox.

Randall recalls Parker as a guy who has never shied away from a challenge. That may be said about a lot of people, but Jesse has always seemed to find away to face whatever obstacle is in his way and overcome it.

“In the district championship game facing the league’s most dominate hitter with runners on second and third with two outs, I made a mound visit to advise Jesse,” Randall said. “It was my intention to have him walk the hitter (who had already doubled twice). Before I could speak, Jesse looked me square in the eye and said, ‘let me have him. I know I can strike him out.’ He had guessed why I was coming to the mound. He recognized the odds he faced, but he was unwilling to give up on himself. He did strike the hitter out and has continued striking out obstacles all along the way.”

“In my 14 years at Poky, we have lost to Preston twice. Both losses were with Jesse Parker on the mound.”

In January of 2015, approximately one month before Parker’s junior season in baseball would commence, he landed a pitching workout in front of the coaching staff at Salt Lake Community College. SLCC had established itself as a junior college powerhouse, ranking nationally year after year, as well as sending hundreds of players into the higher levels of college and professional baseball.

Jesse made the cold, slushy drive down to the SLCC campus not knowing what to expect, although he did admit, “I remember feeling anxious, but I just reminded myself the plate is still 60-6 away.” Parker was well aware that this was his first real opportunity to impress a college baseball coach.

The bullpen took place on a rickety old wooden mound in the upper balcony of SLCC’s basketball gym. Post workout coaches Derek Waddoups and DG Nelson gave no false expectations: At the moment it was a long shot, a very long shot. Scholarship money was out of the question. Even a walk-on opportunity would be contingent upon higher priority players who were in limbo regarding accepting/declining offers to play for SLCC.

Parker left the workout that day with more questions than answers. However, a college baseball coach now knew his name.

Fast forward to January of 2020. Jesse now prepares to enter what will be his senior season as a college baseball pitcher at Lewis and Clark State College (LCSC), in Lewiston, Idaho. Parker’s current landing spot did not happen on accident.

After a solid senior year at Preston in 2016, Parker received another opportunity to throw in front of Waddoups and Nelson of SLCC.

On his drive back to Preston after what would be his second workout with SLCC, Parker received a call from head coach DG Nelson, inviting him to walk on at SLCC for what would be the 2017 season. Little financial assistance came with the offer, but the young and hungry Jesse was looking for nothing more than an opportunity.

As the opportunities presented themselves, Parker shined. Parker’s modus operandi (M.O.) as a pitcher has always been to work fast and throw strikes. This is the simple approach he took into his freshman year with the Bruins of SLCC. This is also how Parker quickly became a mainstay in the Bruin rotation as a non-recruited walk-on.

Parker’s freshman year with SLCC was highlighted with him leading the staff in innings pitched out of the bullpen. Parker also states his SLCC coaches taught him “how to be comfortable in uncomfortable situations.” As a guy coming out of the bullpen, circumstances are rarely favorable. Typically a reliever can plan to enter the game with runners on base, in the latter innings.

For two years at SLCC, Parker proved his worth over and over as a rock solid arm with an unshakable mental capacity. When you watch Jesse pitch, you never see him display negative body language. Even when he doesn’t get the close call or errors are made behind him, there is no pouting. Parker just moves on.

After coaching Jesse all four years of high school, I quickly found out how tough he is. Cache Valley is not exactly baseball country. What Jesse has done with himself is special and I love that kid.

Parker’s ability to perform under any and all circumstances also caught the eye of Lewis-Clark State College head coach Jake Taylor. LCSC competes as an NAIA program and has a reputation of its own in the baseball world. From 1975 through 2019, LCSC has sent at least one player into professional baseball every single year — 16 of which played in the Major Leagues. Simply put, LCSC knows its baseball.

When Taylor came knocking after Parker’s sophomore season at SLCC, it was a flattering offer from an established program. Parker accepted LCSC’s offer and is currently weeks away from the first game of his senior season. Parker credits his college success to “buying in to coach’s methods and competing with my teammates every day.”

At the moment, Parker is fully committed to contributing as LCSC pursues bringing another NAIA national championship back to Lewiston. The 2020 season just started for the Warriors, who are ranked 19th nationally in the most recent NAIA poll, and Jesse is off to a great start. The senior was the winning pitcher in LCSC’s 7-4 victory over No. 15 Westmont last weekend in a tournament in Arizona. Parker threw fifth complete inning in relief and allowed three runs in six hits, while striking out four and walking one.

Another exciting possibility for Jesse and the Warriors is they will be hosting the NAIA World Series in late May.

Jesse is on pace to graduate this year with a bachelor’s degree in business. He will be the first person in his immediate family to accomplish this feat.

After graduating, Parker has hopes of taking the next steps, into professional baseball when this season comes to a close. Not bad for someone who had zero scholarship offers coming out of high school.