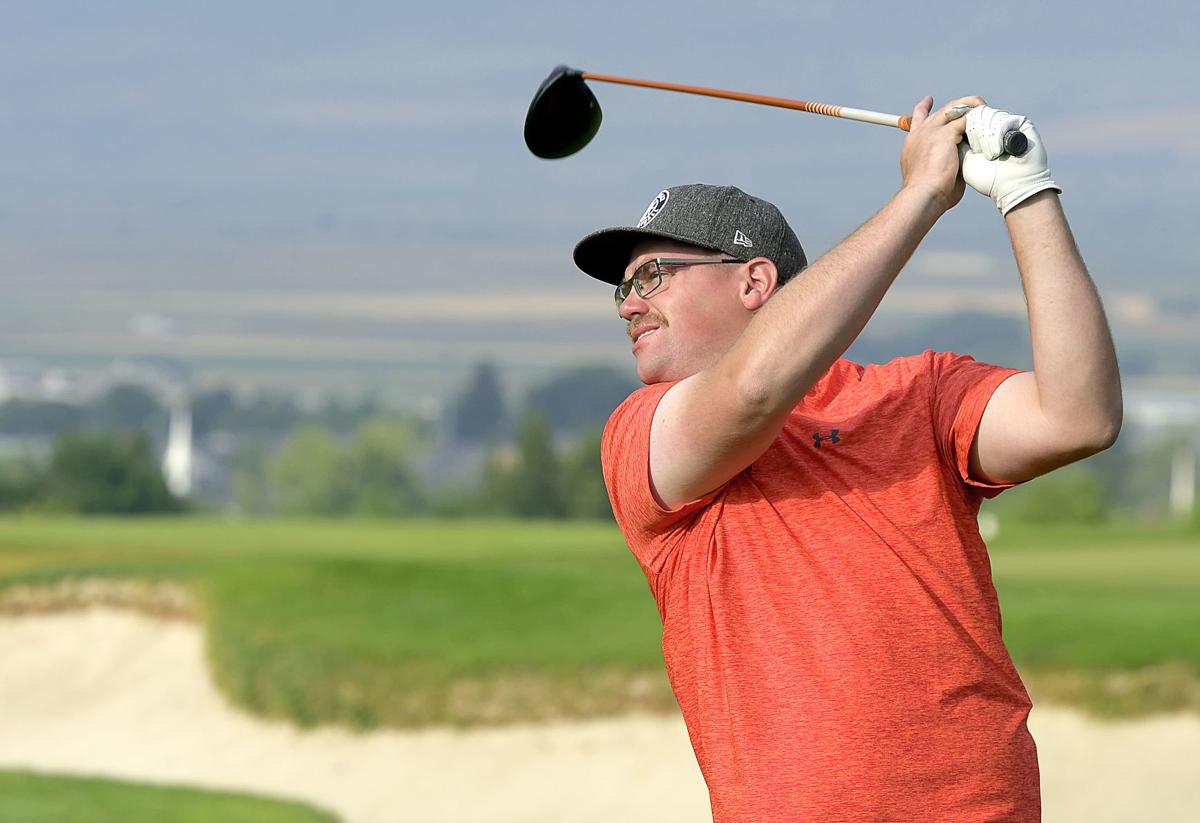 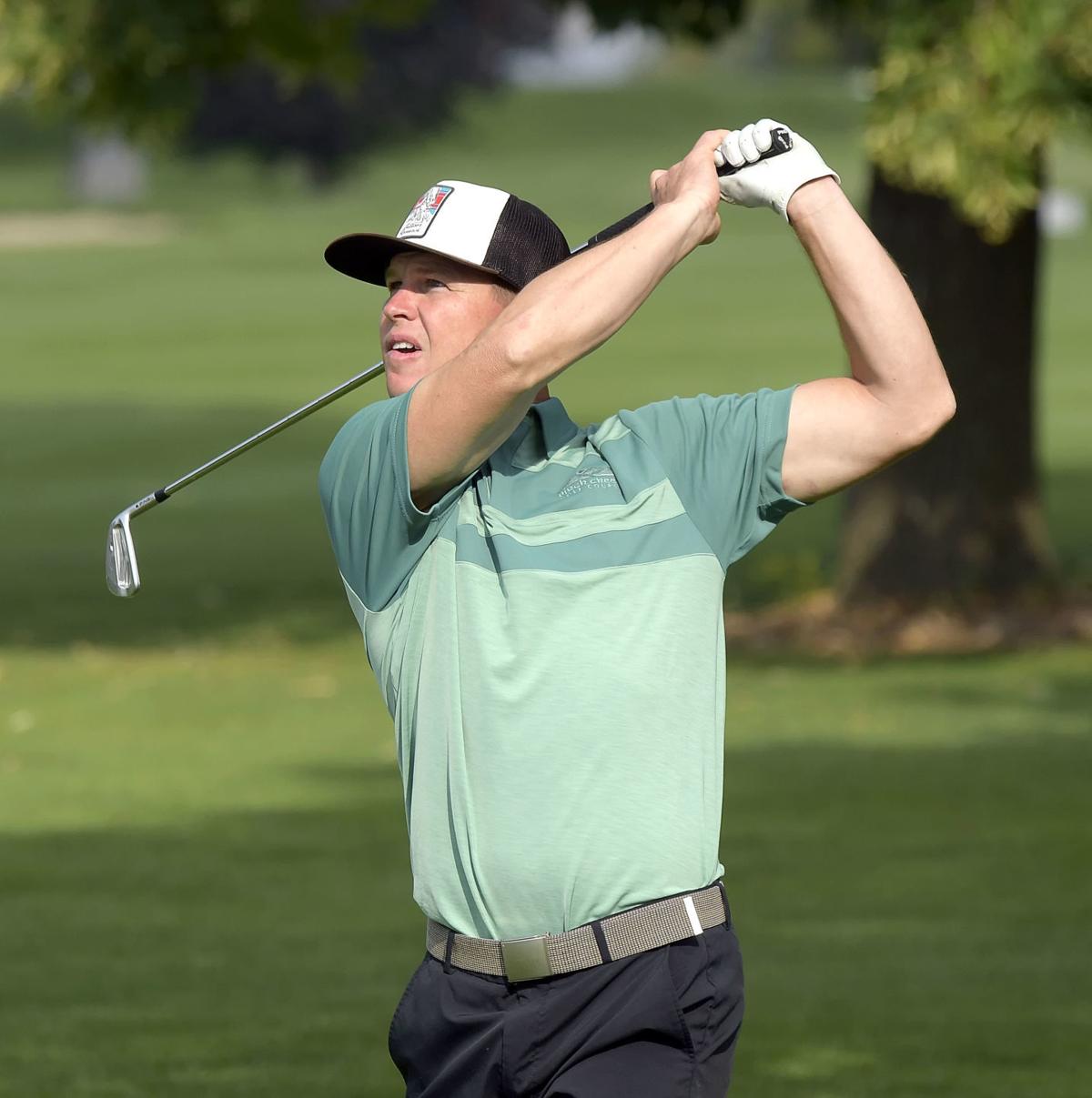 SMITHFIELD — He began the day with a three-stroke lead.

Dylan Hardy more than doubled that advantage as he ran away from the field to capture the Birch Creek Golf Course Men’s Association Club Championship Saturday. The Hyde Park native who now resides in Logan played two solid rounds of golf to finish at 11-under-par at 133.

Defending club champion Devin Daniels began the day four strokes behind and finished strong, but still was no match for Hardy this weekend. Daniels two-day total was 4-under-par 140.

Despite having a four-stroke lead to start the day over Daniels, Hardy was aware of the former professional’s ability to get hot at Birch Creek

“We all know Devin can come out and shoot a low number,” Hardy said. “You can’t get comfortable. You have to stay in the zone and take it hole by hole. Luckily I got off to a good start and he (Daniels) got off to a slower start, but turned it on, on the back nine.”

The margin of victory was especially sweet for Hardy, who also won the title in 2015. That year he took the championship at 1-over-par.

“It was a little bit different score this time,” Hardy said with a chuckle.

Daniels added: “He (Hardy) said now people can’t make fun of him for winning it at 1-over.”

Rounding out the top five Saturday behind Hardy and Daniels were Kourtney Knowles (142), Dustin Richardson (144) and Ryan Seamons (144).

After shooting a 5-under-par 67 on Friday, Hardy had a three-stoke lead over Knowles. He continued to put the pressure on Saturday morning at the start off his second round with a pair of birdies.

“Yesterday was a good, solid round as I hit 17 greens and had just one bogey, played solid all day,” Hardy said. “Today, I just wanted to get off to a good start and see where it went from there.”

Which the 27-year-old did. He had birdies on the par-5 first and par-4 second holes. Hardy just missed a third birdie on the par-3 third.

“I was rolling it really good, hitting greens,” Hardy said. “Kourt got off to a hot start, birdied the first three holes. I knew it was going to be a race from there.”

Hardy was up to the challenge. He reached the green in two on the longest par-5 on the course. He drained a 50-foot putt for eagle on No. 5.

“That kind of got the spark going,” Hardy said. “... It always pumps you up to make any putt over 10 feet, but when you role in a long one like that for eagle, it really gets you going.”

“From there, I just tried to hit greens and coast,” Hardy said.

After a bogey on No. 11, he righted the ship quickly with back-to-back birdies. With three holes to play, he was 7-under for the second round. However, bogeys on 16 and 17 ruined the chance to go even lower. He did finish the championship with a birdie on the par-5 18th.

“I was able to bounce back from the bogeys,” Hardy said. “It was a good, solid round. ... My iron and wedge game has been really good. I only missed three greens the whole tournament out of 36 holes.”

For the second straight day, Hardy had the low round with his 6-under-par 66. A trio of golfers carded 69’s in Daniels, Seamons and Nate Nyman.

“It’s demoralizing when you are struggling and then you watch Dylan make everything he looks at,” Daniels said with a laugh. “It was still a lot of fun.”

Daniels tried to make it interesting on the back nine Saturday. He drove the green on the par-4 10th hole and made a 25-foot putt for eagle.

“That was one of the few putts that went in,” Daniels said. “I started out rough with a three-putt par and then a three-putt bogey. I just couldn’t get the putter going; it was the same thing yesterday. I was hitting the ball decent, just couldn’t make any putts.”

The Cache Valley Amateur champion a few weeks ago just couldn’t get the ball rolling in both rounds on the greens. Still, Daniels hung around, finishing his round with a birdie.

“I had something awful like 36 or 37 putts yesterday,” Daniels said. “Just horrendous. Today was the same thing. I hit the ball well, just couldn’t make any putts.”

“They are a bunch of good friends and fun to play with,” Hardy said. “That helps out a lot when you have good groups to play with. ... If you play with better golfers, it brings out the best in you. It makes it more competitive.”

There were 119 players who competed in the final club championship. Winning the B Flight was Scotty Olson, who carded a 155, edging Tyler Hoggan (157). The C Flight was won by Rusty Carlson with a 186, narrowly beating Ted Schroder (187).