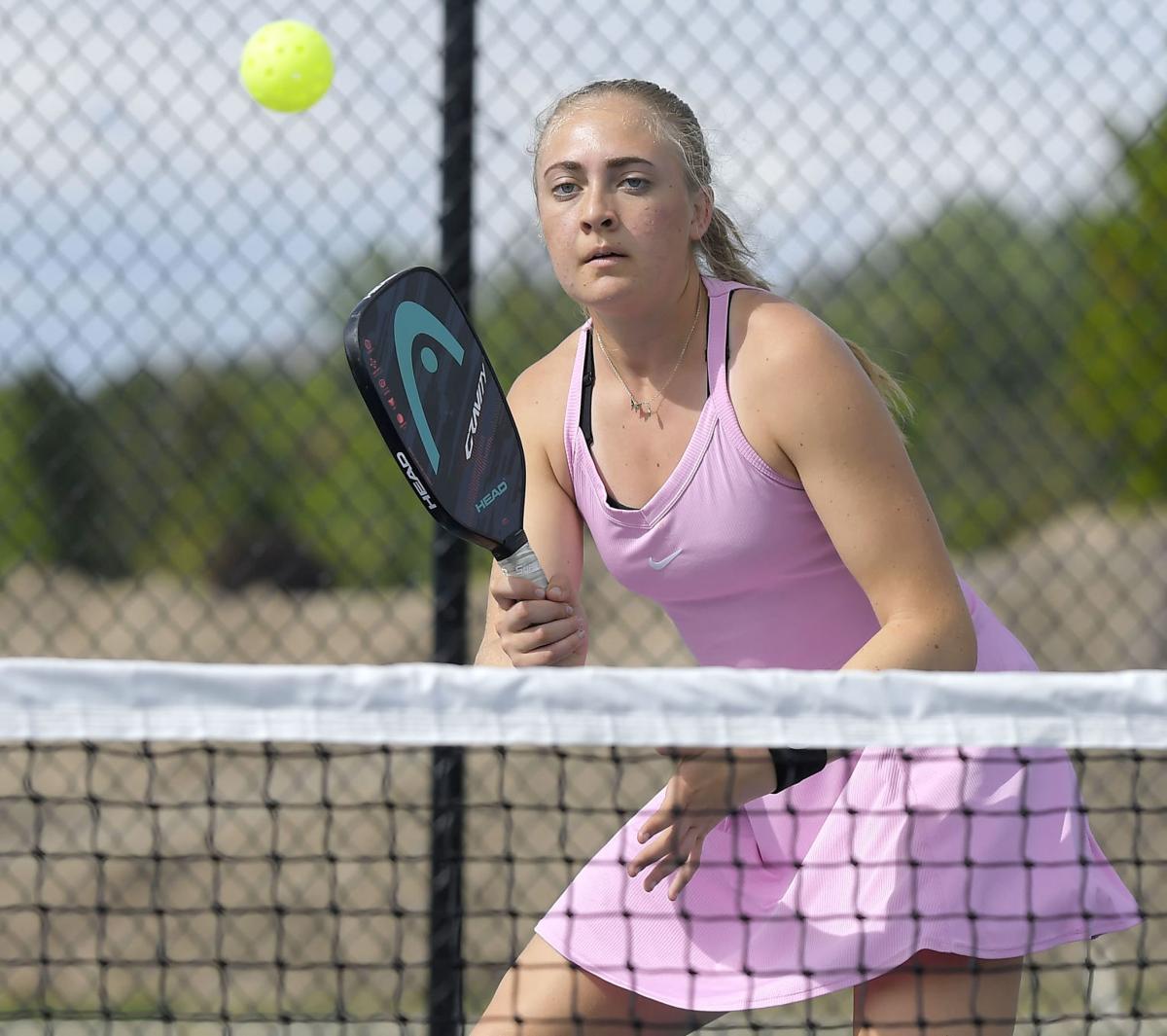 Green Canyon senior Alli Phillips is a national-level player and is sponsored by two equipment companies. 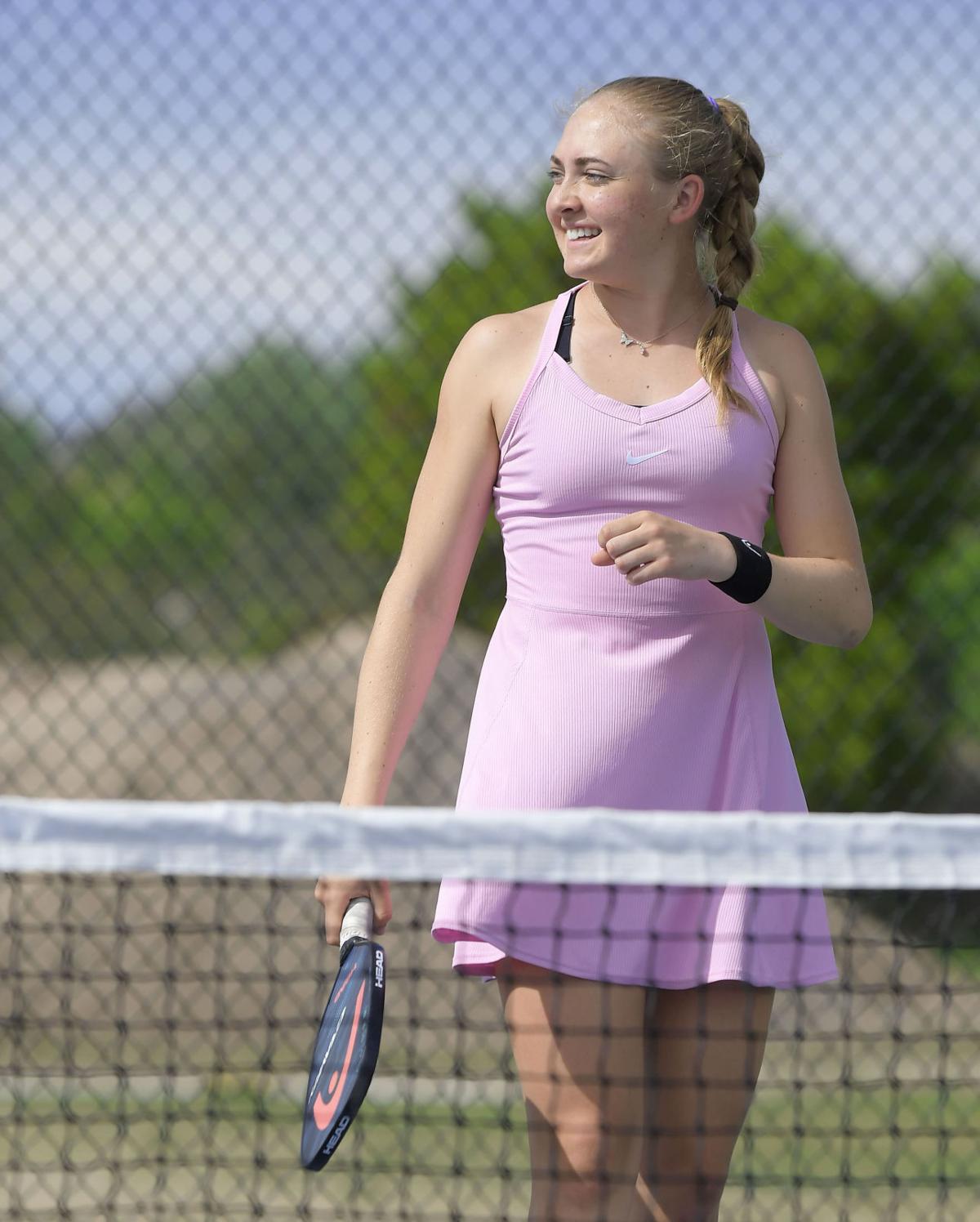 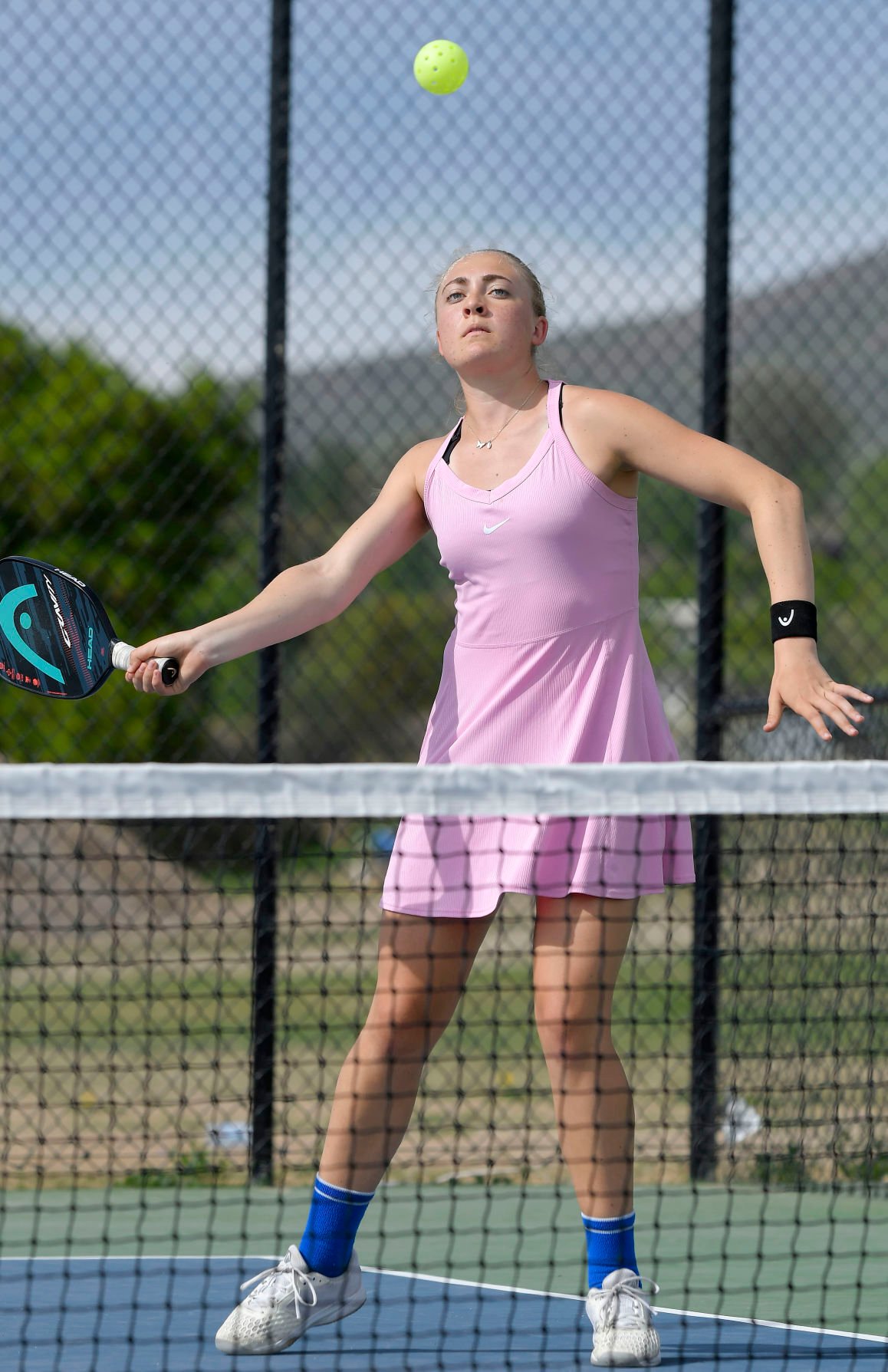 Green Canyon senior Alli Phillips is a national-level player and is sponsored by two equipment companies.

When it comes to the fastest-growing sport in America, pickleball is second to none.

As the sport continues to expand, many young players have decided to pick up the paddle. One of those young players is Alli Phillips, an 18-year-old from North Logan. Not only has Phillips picked up a paddle but she competes in pickleball tournaments at the national level.

Phillips plays in the Women’s Singles classification as a 5.0 pickleball player. She is sponsored by two pickleball equipment companies — PKLBL and HEAD. Phillips has found great success in her young pickleball career as she has already won a national title.

Pickleball is a paddleball sport that combines elements of badminton, table tennis and tennis. Players use solid paddles made of wood or composite materials to hit a perforated polymer ball, much like a wiffle ball, back and forth over a net. Courts have sprung up all over Cache Valley in recent years and many gyms — at schools and church buildings — have become courts during the winter months.

The sport dates back to 1965, when it was first played at Bainbridge Island, Washington.

It was fist invented as children’s backyard game, but has grown to include everyone that can swing a paddle. It is played both as singles and doubles.

The Green Canyon High School senior was first introduced to pickleball at the age of 14. When she first heard of the sport, her reaction was like many others when they discovered it for the first time.

“What the heck is that? That sounds so weird,” Phillips said in an interview with The Herald Journal. “I played it a couple of times and then I was like, ‘hey, I’m pretty good at this.’ My dad was like, ‘You should go play in a tournament and see how you do.’ And ever since then I’ve just kept playing and now I’m here playing competitively and nationally.”

Phillips recently finished her senior season of high school tennis where she led the Wolves to a region championship as their No. 1 singles player.

“I will always have a soft spot for tennis in my heart but I think I kind of lost my love for tennis because it was just so competitive and there was just so much pressure to always win,” Phillips said. “The cool thing about pickleball is that it’s more about meeting new people and having fun.”

Phillips had hopes of becoming a Division I college tennis player at one time, but now that she has found a new love in pickleball, she hasn’t looked back.

“When I first got into pickleball, I was kind of nervous to play against people my age,” Phillips said. “There weren’t a lot of people my age because it’s mainly like an old retired person sport. When more juniors came in, I was like, ‘oh no here we go it’s going to be just like another tennis match’ but the juniors were very welcoming. They were older than me and they would make sure that they would coach me anytime that I could learn from it. They were very inclusive. The wanting to make friends and be nice to people was a huge game changer for me.”

Pickleball is different from other sports in many ways, but one of the biggest differences is the wide range of ages that play the game.

“The cool thing about pickleball is that you’re playing against all ages,” Phillips said. “In my first couple of tournaments, I played against people that were like 80 to 95 years old and they were like ‘I’ve been playing for 45 years.’ I didn’t even know that pickleball was around for that long. I’ve been able to interact with people better because I had more older people and role models to talk to than I had peers of my own age talking to me.”

Becoming a professional at anything is no easy task, and Phillips knows that she will have to work hard to get there. Phillips said that she works on perfecting her pickleball game for five to six hours every week.

“When I’m training, I’m actually on a court in my backyard so it’s gonna be a lot more routine for me each day. I’ll have a 15 minute stretch workout because I actually injure myself quite a bit. My dad is my coach so he’ll work with me on specific things like working on driving the ball, dinking, third shot drops, serves, just working on every little aspect over and over again each day.”

Phillips feels that having her dad as her coach is a “blessing.” She is the daughter of Victor and Lisa Phillips.

“I’m actually very fortunate,” Phillips said. “Not a lot of kids have that blessing. It’s obviously hard sometimes because there can be conflicting times when you get frustrated out on the court and then it can create a little bit of tension, but my dad is very patient with me and that’s a huge blessing to me as well. He’s very supportive of me achieving my dreams. I really appreciate him and I owe everything that I am right now to him.”

Phillips also puts a lot of effort into the mental side of the game. To perform at your best in pickleball, the mental approach is important.

“I have a superstitious mentality,” Phillips said. “I bring a specific water bottle and I wear a specific necklace sometimes. I think that the mental aspect from the other sports that I played helped a ton going into pickleball. My parents tell me that ‘you learn more from losing than you do from winning and some day you’re going to look back at those losses and say I’m better because of them.’ I’ve been trying to read a lot of mental coaching books. I just try to keep myself to a high standard of loving myself. When you’re confident in yourself, the whole aspect of the physical part of the game comes along. So I would just say believe in yourself and when you lose, just learn from it and try harder next time.”

Phillips does not plan on ending her pickleball career anytime soon and she wants to help generations after her succeed in the game.

Phillips’ final remark was an encouraging message to anyone reading this story about her.