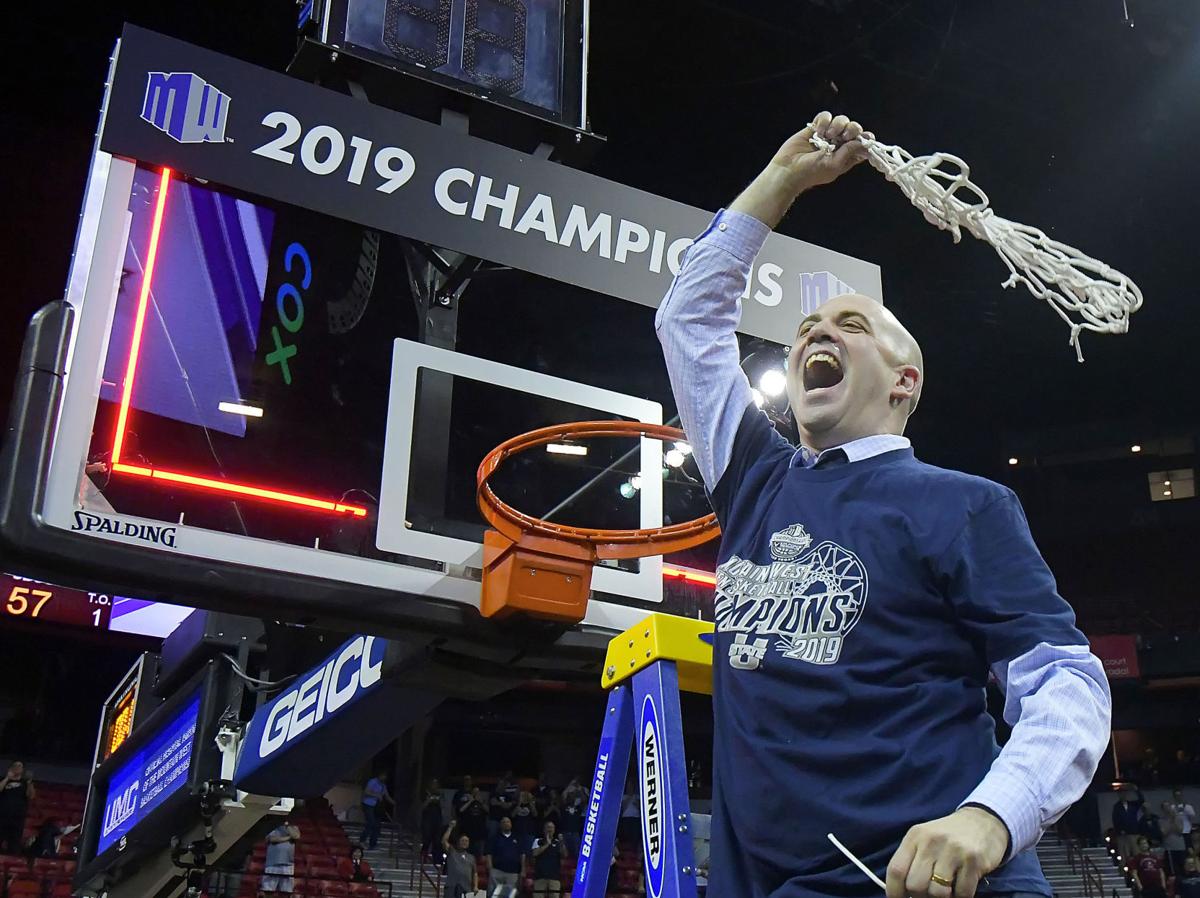 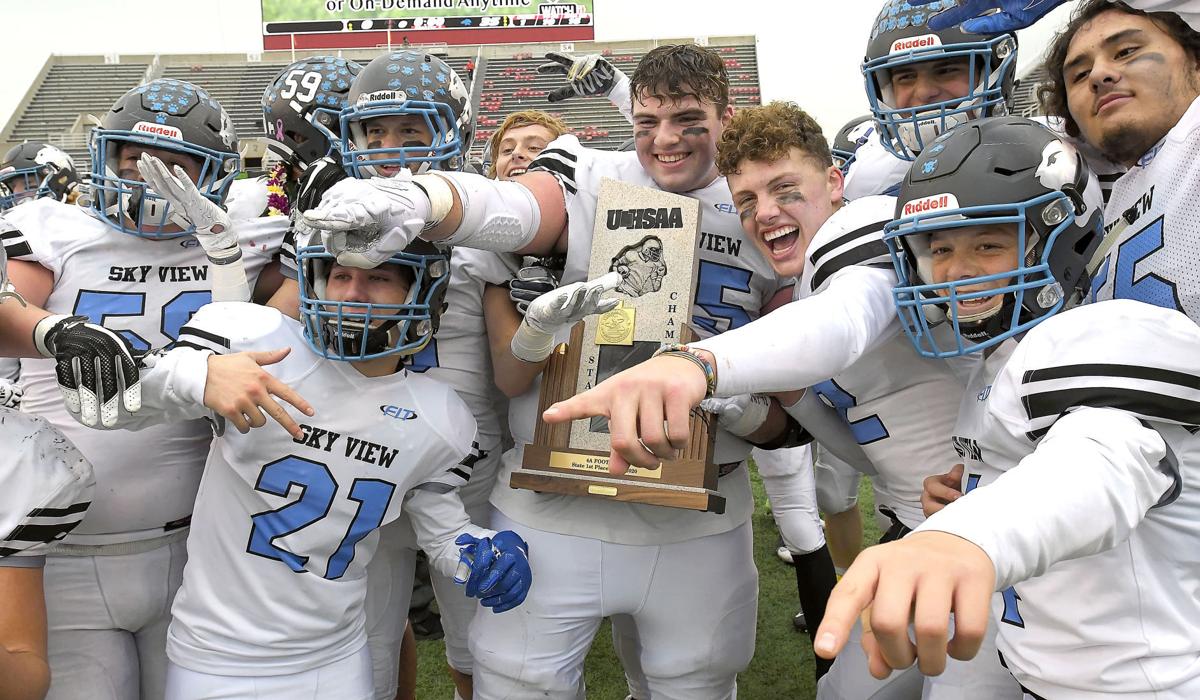 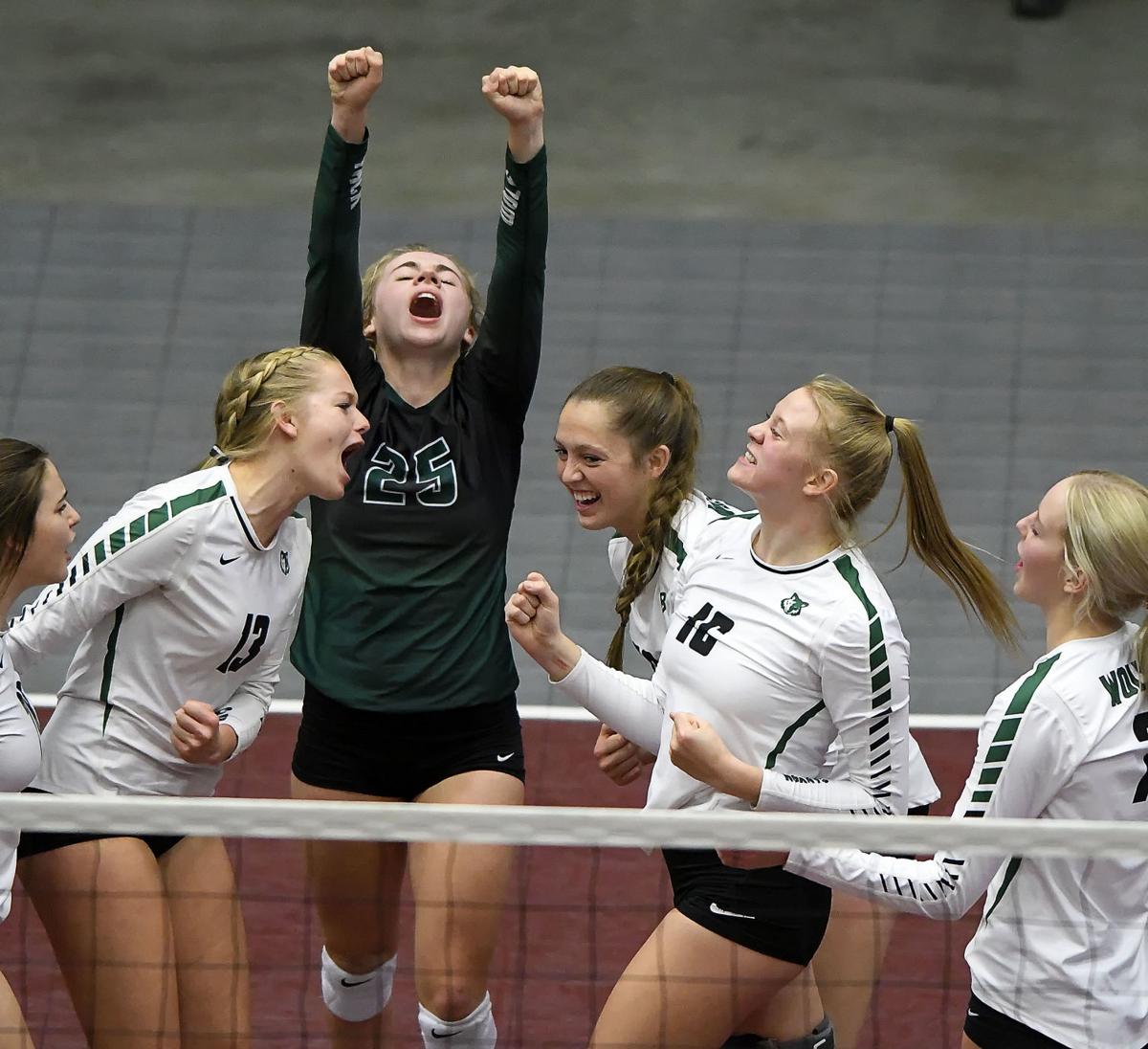 Last year was a memorable one for several Cache Valley sports teams and athletes.

I’ve decided to look back at some of the top local sports stories of 2019. Here is my top 12 list:

1. Utah State men’s basketball teams defies predictions: Not a whole lot was expected out of the Aggies heading into the 2018-19 campaign as they were projected to finish ninth out of 11 teams in the Mountain West Preseason Poll. However, led by first-year USU head coach Craig Smith and his infectious personality, the Aggies tied with defending champion Nevada for the regular season conference title. Utah State then proceeded to win the Mountain West Tournament and advance to the NCAA Tournament as a No. 8 seed — its best seed at the Big Dance in program history. The Aggies, who went 28-7 and took a 10-game winning streak into March Madness, were led by Mountain West regular season and tournament Player of the Year Sam Merrill and MW Freshman of the Year and Defensive Player of the Year Neemias Queta.

2. Sky View pulls off the trifecta: It was a banner year for Sky View’s boys athletics team. The Bobcats currently hold state championship trophies in football, basketball and soccer.

It started last winter when Sky View put together a magical run as a No. 4 seed at the 4A basketball tournament. The Bobcats knocked off a 22-1 Juan Diego squad in the first round and, led by Deseret News 4A MVP Mason Falslev and ultra-athletic forward Sam Phipps, reigned supreme in their next three games to capture the title.

A few months later, Sky View’s soccer team capped off a 12-2-4 season by beating defending champion Desert Hills 1-0 in the 4A title match.

Led by the outstanding attack-minded duo of Jonathan Bergeson and Ty Erickson, coupled with a extremely stingy defense, the Bobcats ended the season on a 13-match unbeaten streak. Sky View was the only team to shut out Desert Hills in ’19, to boot.

Two months ago, the Bobcats broke through with their first-ever state championship in football. Sky View’s sublime season culminated with a 12-game winning streak and a 35-0 beatdown of Park City in the title game. The Bobcats (13-1) found their groove offensively with dynamic quarterback Kason Carlsen and Falslev, their do-everything-athlete who was selected as the Deseret News 4A MVP. Meanwhile, Sky View’s magnificent defense broke the single-season program record with six shutouts.

3. Pirates capture third football crown of decade: It was supposed to be a rebuilding season for West Side, which graduated seven players who garnered first- or second-team all-state honors from a 10-1 squad in 2018. Instead, the Pirates quickly reloaded behind arguably their best defense in program history. West Side (11-1) edged previously-undefeated McCall Donnelly, 14-13, in the 2A title game. The Vandals averaged 47.1 points in their other 11 games. West Side shut out four opponents in ’19 and limited seven others to seven points or fewer.

4. Wolves bounce back, capture first-ever state volleyball title: It was a bittersweet ending to the regular season for Green Canyon, which shared the Region 11 crown with Sky View after blowing a two-sets-to-zero lead against the Bobcats. To its credit, Green Canyon didn’t dwell on that setback and, instead, dispatched of four quality opponents at the 4A State Championships, including Desert Hills 3-1 in the championship match. Green Canyon outside hitter Shante’ Falslev was selected as the Deseret News 4A MVP.

5. Banner season for Ridgeline girls golf team, Sky View’s Seamons: The Lady Riverhawks claimed their first-ever state crown with a clutch performance at the 4A Championships. Ridgeline posted the lowest score in both rounds en route to beating runner-up Park City by 13 strokes. Ridgeline’s Alexis Wilson placed second individually with a two-day total of 147 (72 and 75).

Meanwhile, Sky View’s Ryan Seamons earned 4A medalist honors this past fall, and he did it in thrilling fashion. The senior drained a birdie putt in a playoff to outlast Bear River’s Jared Giles. The Bobcats were the runner-ups in the team competition behind Crimson Cliffs.

6. Stellar Ridgeline tennis player completes four-peat: The most decorated high school player to ever come out of Cache Valley sparkled in her final state tournament. Naya Tillitt only dropped three games in four matches en route to capturing her fourth straight state title at No. 1 singles. The future USU player only lost one set in her four years at the state tourney. Tillitt is the lone local tennis player to win four state championships at No. 1 singles.

7. Former Sky View star sparkles for BYU: Conner Mantz put together the greatest calendar year ever by a local distance runner. Mantz was a five-time All-American in ’19 and a model of consistency in a sport that requires an incredible amount of dedication. The Smithfield native finished 7th in the 3,000 meters and 10th in the 5,000 at the ’19 NCAA Indoor Track & Field Championships. A few months later, Mantz placed fourth in the 10,000 and seventh in the 5,000 at the NCAA Outdoor Championships. Two months ago, Mantz led BYU to its first-ever national championship in cross country. The sophomore was the Cougars’ top performer in all six of their meets. Mantz won four of them and placed in the top four in the other two, including a gritty bronze medal effort at the NCAA Championships.

8. Historic season for USU men’s cross country team: The best squad in program history capped off an exceptional fall by placing 16th at the NCAA Championships. The Aggies easily outpointed a loaded field at the Mountain West Championships, and graduate transfer Dallin Farnsworth was the medalist. In the process, Farnsworth shattered the MW meet record with his 8-kilometer time of 23 minutes. 12.2 seconds. USU also enjoyed its best-ever performance at the Mountain Region Championships by finishing fourth.

9. Pair of Preston teams earn runner-up trophies: The Indians came oh so close to becoming only the fourth boys basketball program from the Gem State to win four straight state championships. Preston advanced to the 4A title game and lost in overtime to Idaho Falls. It was still a remarkable season for the Indians, who went 24-3 despite graduating all five starters from their 26-0 squad in 2018-19. Forward Ty Hyde was tabbed the Idaho State Journal All-Area Player of the Year.

Meanwhile, Preston’s boys cross country finished second to Idaho Falls at state for the second consecutive year. The Indians made a strong case for being the second-best team in all of Idaho as they would have emerged victorious in any of the other classifications. Three Preston harriers — Riley Reid, Sam Jeppsen and Edison Leffler — secured a spot in the top 10 at the 4A State Championships, and all three of them covered the 5K course in 16:00 or faster.

10. Two Ridgeline teams finish second at state: Ridgeline’s girls basketball squad advanced to its first state championship game, where it fell to an undefeated Cedar team. The Riverhawks (22-4) won 15 of their final 17 games of the season. It was also a breakthrough year for Ridgeline’s girls soccer team, which earned a spot in its first-ever state championship match, where it lost a 2-1 heartbreaker to top-ranked Ogden. The Riverhawks (15-4-1) took a 10-match unbeaten streak into their showdown with Tigers. Ridgeline scored in every match but one in ’19.

11. Eberle caps off record-setting career: The best placekicker in USU history was phenomenal in his final collegiate season on the gridiron. Dominik Eberle split the uprights on 21 of his 24 field goals attempts and all 45 of his extra points in ’19. In the process, the two-time All-American and three-time all-Mountain West selection shattered the conference record with 64 career field goals. The former walk-on is USU’s record-holder in career field goals and points (359). Eberle made all 167 of his PATs as an Aggie.

12. Trio of local distance runners impress: Two former Logan High standouts turned some heads at one of the most prestigious marathons in the world, while Sky View graduate Michael McKnight made his mark as an elite ultramarathoner. Jerrell Mock posted the best-ever time by a local marathoner with his world class clocking of 2:10:37 in October’s Chicago Marathon. The former Colorado State All-American finished 10th overall and was the second American to cross the finish line — only one second behind compatriot Jacob Riley. It was the fifth-best time by an American in ’19. Meanwhile, Taylor (Thornley) Ward placed 10th in the women’s competition with her world class time of 2:30:14, which was a new personal record. Mock and Ward will compete in the U.S. Olympic Trials on Feb. 29. McKnight won the Triple Crown of the 200s, meaning he beat all comers in a trio of prominent, grueling races of at least 200 miles.