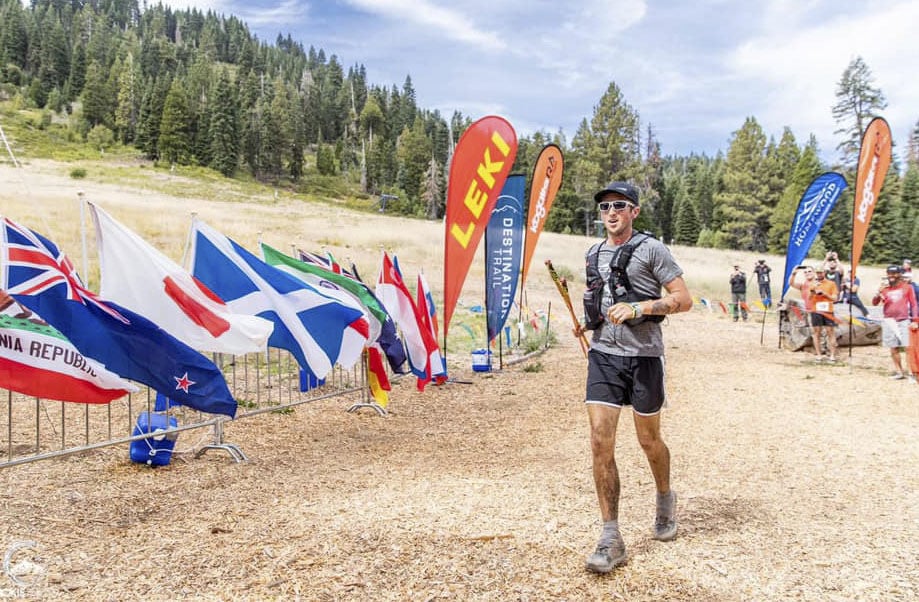 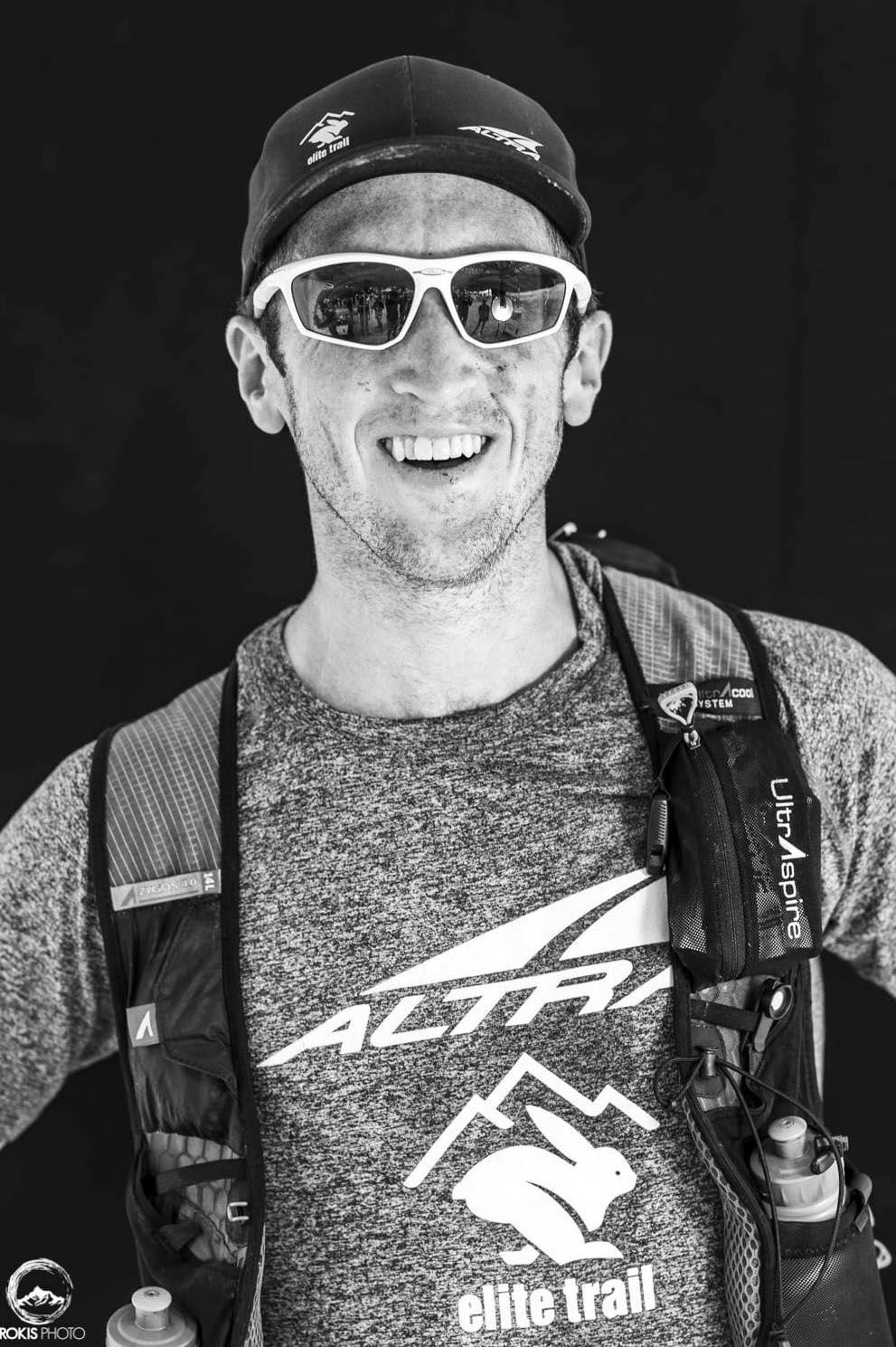 Cache Valley native Michael McKnight is one of the premier endurance race athletes in the country.

Cache Valley native Michael McKnight is one of the premier endurance race athletes in the country.

He did it again.

Ultra runner Michael McKnight is well on his way to winning another Triple Crown of 200’s title. Of course, there is still one monster of a challenge yet to hurdle, but the 29-year-old took a big step in doing what he did in 2017.

Last weekend the Cache Valley native won the Tahoe 200 Endurance Run. Three weeks before that McKnight claimed the Bigfoot 200. On Oct. 11, he will begin the final leg of trying to win the Triple Crown of 200’s by running the Moab 240 Endurance Run.

In 2017, when he won the title, McKnight didn’t win any of the races. However, he had the best combined time. He will head to Moab next month with a 26-hour lead over the competitor in second place.

“With winning Bigfoot and Tahoe, I feel a lot of pressure right now to go out and win Moab as well,” McKnight said. “Going into the Triple, it was not my goal to win all three. But Bigfoot happened, then I entertained winning Tahoe. Now that I’ve won both, I feel so much pressure to not just win the Triple, but win all three. I’m trying my best to just think of recovery and take the race one step at a time.”

Which is how he approached the Tahoe 200 — a course that is actually 205.5 miles long and circles Lake Tahoe in the Sierra Nevada Mountains on the Nevada and California border. The elevation is much higher than the Bigfoot 200 run in the Cascade Mountains in the state of Washington, but he used a similar strategy over the rocky trails.

From the start last Friday morning, he stayed “comfortably” in second place until around mile 140. Then he planned to make his move to catch and pass the leader.

“A few times early on I noticed I was gaining on him (Ryan Montgomery, the leader), so I slowed down a tad to remain 3-5 miles behind,” McKnight said. “It was very hot on Saturday, and I strategically took it easier than I wanted to mid-day, so I didn’t waste a lot of energy on keeping myself cool. I walked more, took pictures and stopped to eat. As soon as night hit, I took caffeine and used the cool temperatures to my advantage to catch up.”

Late Saturday night he was a mile behind Montgomery and stayed there for a couple of hours.

“I came into an aid station where he was sleeping. I continued on,” McKnight said. “For the next few miles he was chasing me hard, and I was pushing to keep the lead. Once I got to the next aid station, I took my quick two-minute nap then headed out before he arrived at the aid station. After that, the lead kept growing.”

McKnight, who works and runs for Altra, never gave up the lead and went on to win by nearly three-and-a-half hours. His winning margin at the Bigfoot 200 was even more as he did the same thing by finishing really strong.

How does he manage to finish so well after so many miles?

“A lot of positive self talk,” McKnight said. “It sounds weird, especially when I struggled and was talking to actual voices that I had in my head, but I believe it’s important to have a discussion with your body. Even though I was sore and wanted to slow down, I’d constantly reassure my body that it was almost over. I’d say things like, ‘OK legs, I know you are absolutely exhausted and would like me to slow down, but here’s the thing, I’m not going to stop until we get to the finish, so if you cooperate with me and go a little faster, we’ll get to the finish sooner and you’ll get the break you need.’ I firmly believe having positive conversations like that in your head truly helps you push through the lows and finish strong.”

He not only finished strong, but set a course record of 50 hours, 47 minutes, for the counter clockwise direction. The race alternates the direction each year. McKnight also set the course record at the Bigfoot 200.

Before the race, McKnight thought back on the Tahoe 200 in ’17, where he almost dropped out. In fact, he had, but his wife Sarah talked him into pushing on to the next aid station. McKnight credits his wife, who is currently pregnant with their second child, for keeping him going. He was 17 hours faster around Tahoe this time, but did deal with some interesting challenges.

“I fortunately had no injuries slow me down like in 2017,” McKnight said. “I did have a new set of battles, though. From the get-go, my legs were absolutely exhausted and it was apparent they weren’t recovered from Bigfoot. I felt like I was red-lining the entire race. Going into the second night, I also had some pretty severe mental issues to deal with. Due to lack of sleep and loss of blood — I had multiple bloody noses — I went into a hallucinogenic state. I was talking to voices in my head as well as got stuck in a time loop, where I wasn’t sure where I was or where I was going. After a two- to three-minute nap, I was much more coherent.”

McKnight is now trying to recover and prepare for the Moab 240, while also packing to move to Colorado.

“I’m trying to get a lot of sleep, eat good food and have an active recovery, going for walks and hikes,” McKnight said. “I do core work and light strength exercises, and run slow and short every other day. It’s important to keep your range of motion.”