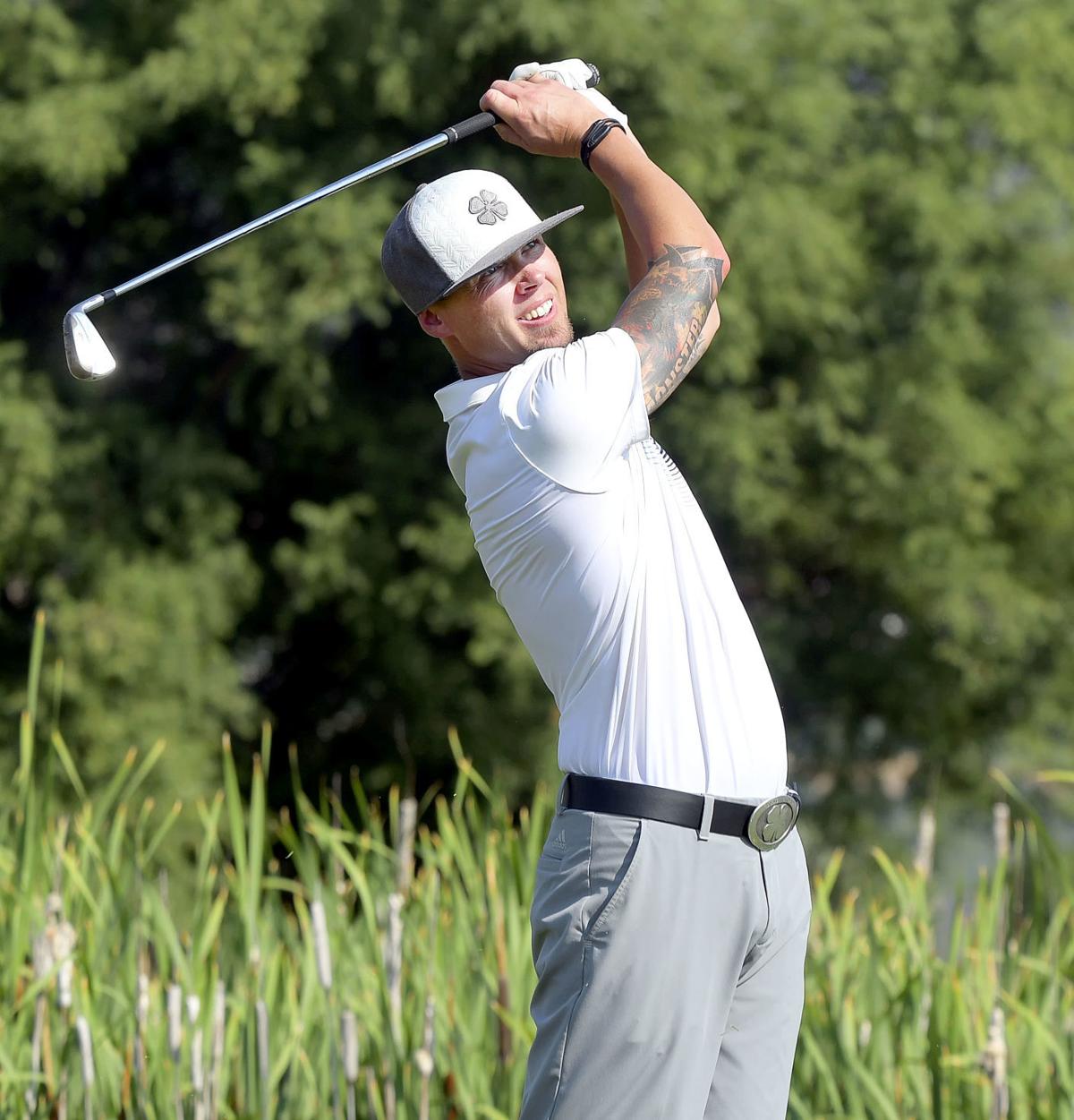 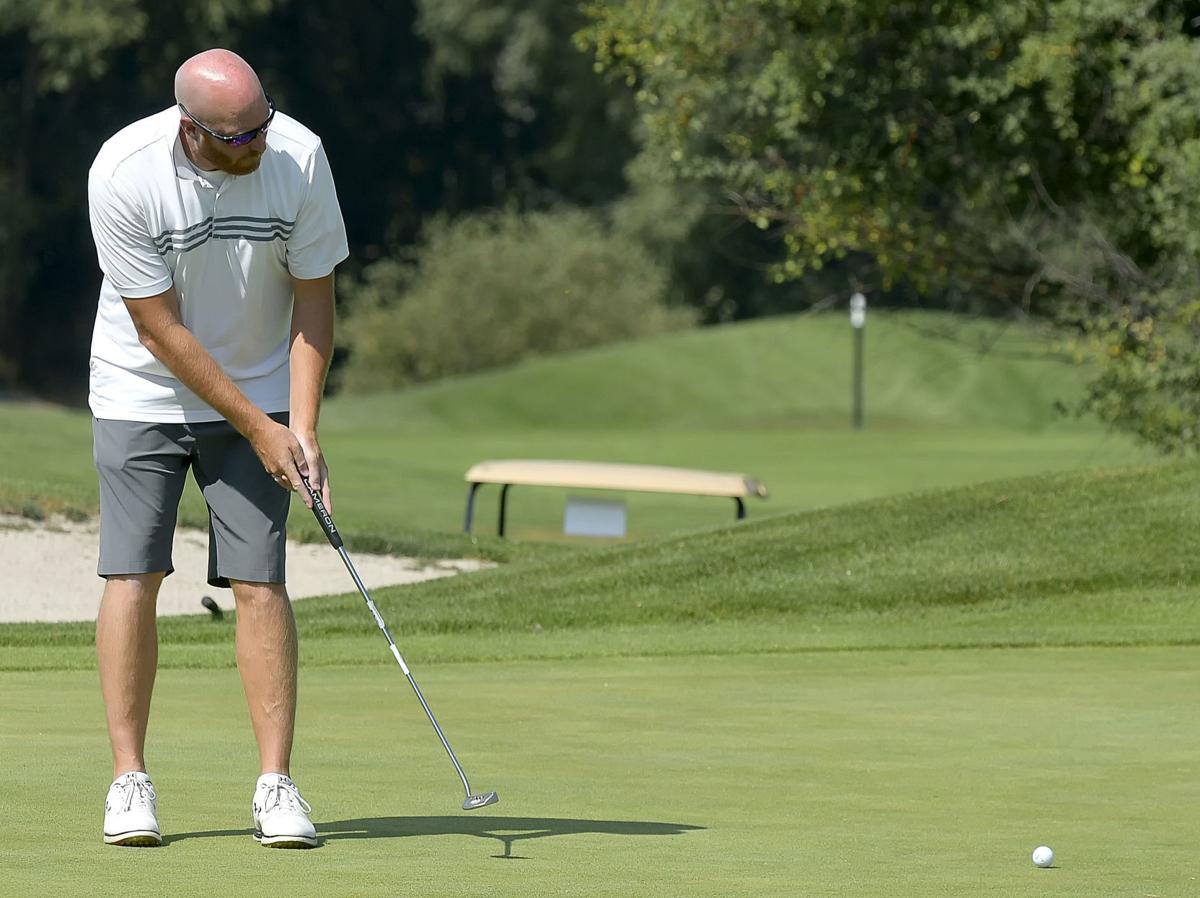 Heath Madsen putts the ball on the 2nd hole at Logan River Golf Course on Wednesday.

Heath Madsen putts the ball on the 2nd hole at Logan River Golf Course on Wednesday.

To say Nate Nyman was dialed in Wednesday afternoon at the Logan River Golf Course may be an understatement.

The 32-year-old had one thing on his mind when he teed it up — win the club championship. Nyman birdied the first three holes and never looked back against Heath Madsen. Nyman won the Men’s Club Championship at Logan River, 5 and 4.

“I just tried to stay focused and not get ahead of myself,” Nyman said. “I’ve been down here every night after work grinding until dark. I’m usually the last one to leave. I wanted to win this one bad.”

This was the second title for Nyman at the River, who won his first and only other back in 2013, just before turning pro. Nyman returned to the amateur ranks in early 2017.

“I’ve got a lot more to catch Nick,” Nyman said.

This was the first time Madsen has reached a title match. The 37-year-old who lives in Providence has played in the men’s association at the course for more than 10 years.

“This is the best I’ve ever done, so I’m not going to complain,” Madsen said. “... I put myself in some awkward spots and put pressure on myself that I shouldn’t have. It was just some mental errors on my part.”

While Madsen felt good for the most part with his start Wednesday, Nyman was just a little bit better. Nyman chipped close to the pin on No. 1 and rolled in a 5-foot putt for birdie. He made a 10-footer for birdie on No. 2, while Madsen just missed a 8-foot putt that would have halved the hole.

“When he (Nyman) makes three birdies in a row, that sets the mark right there,” Madsen said. “... I felt I was striking the ball well, but it’s hard to keep up with those birdies. His first mistake was on hole 13. ... His putting was on and my putting was not on at all. But you need to hand it to Nate with how well he played.”

After conceding a par to Madsen on No. 3, Nyman drained a 7-foot birdie putt to go three up after just three holes.

“It was unreal,” Nyman said. “I was just really focused and I’ve been playing really well the last couple of months. ... I was hitting it good and just tried to attack, attack, attack, and it paid off.

“Once you are down in match play, it gets in your head and you have to play defense. I love being up right off the bat.”

Both men pared No. 4 and No. 5. Nyman had a birdie putt lip out or he would have taken the fifth hole. He did win No. 6 and No. 7 when Madsen got in some trouble off the tee — losing a ball on the seventh hole. They headed to eighth hole with Nyman up five.

“I’ve come back before after being down, so I tried to keep attacking,” Nyman said. “I wanted to go as low as I could. Everything was feeling good. When I start playing safe, I start doing stuff that’s not good.”

Even when Madsen did make a good putt — he sunk a 10-footer for birdie on No. 8 — Nyman answered with a birdie putt of his own to halve the hole. Nyman credited a different approach to putting in helping him Wednesday.

“I switched to cross-handed and ever since then I’ve felt pretty confident and have been playing good,” Nyman said. “... The greens were a little slow, but once I was three up, I knew I was in control. I felt good with the putter.”

Nyman went up by six on No. 11 when Madsen missed a par putt. After halving No. 12, Madsen was facing the end. However, he drove the green across the water on the par-4 13th hole to give himself some new life.

“I had to,” Madsen said. “I didn’t have a choice but to try and pull that shot off.”

Which he did. Nyman played it safe and laid up. His second shot, however, found the fringe on the green and he chunked a chip. That was about the only mistake he made all match. Madsen won his first hole and extended the match to the 14th.

“I think I play so well down here because I hit it straight and stay out of the crap,” Nyman said. “You have to make birdies to beat me here. ... My only hiccup was on 13.”

The new life didn’t last long as both pared the 14th. Nyman had secured his second men’s title at Logan River.

In other matches, Chandler Smith beat Davis Nielsen in the A Flight, 1-up. Smith is the Mountain Crest High School golf coach, while Nielsen plays on the Ridgeline High School team. In the B Flight, Chip Lara topped Max Leishman, 3 and 1. The Senior Flight went extra holes before Jim Whitteker beat Greg Cox in 22.

On a side note, Whitteker, who is 70, won the very first Logan River Men’s Championship back in 1993. Now he has a senior title .