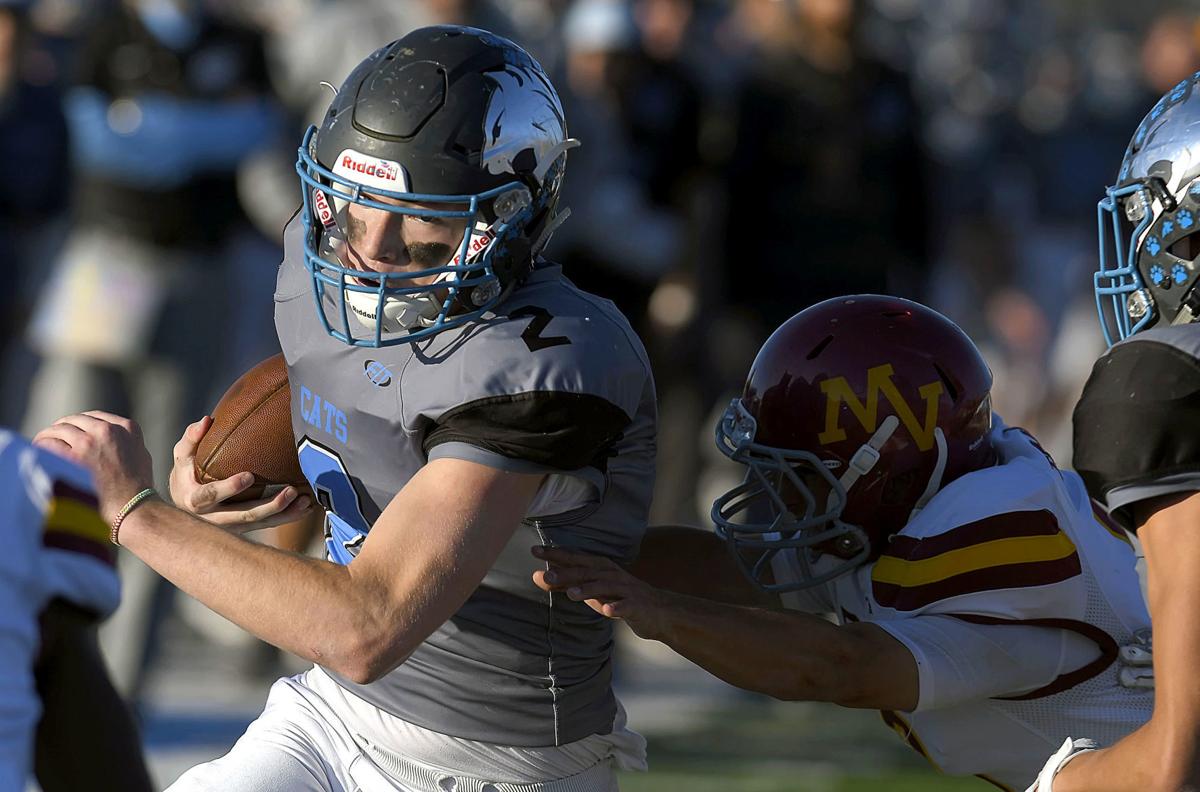 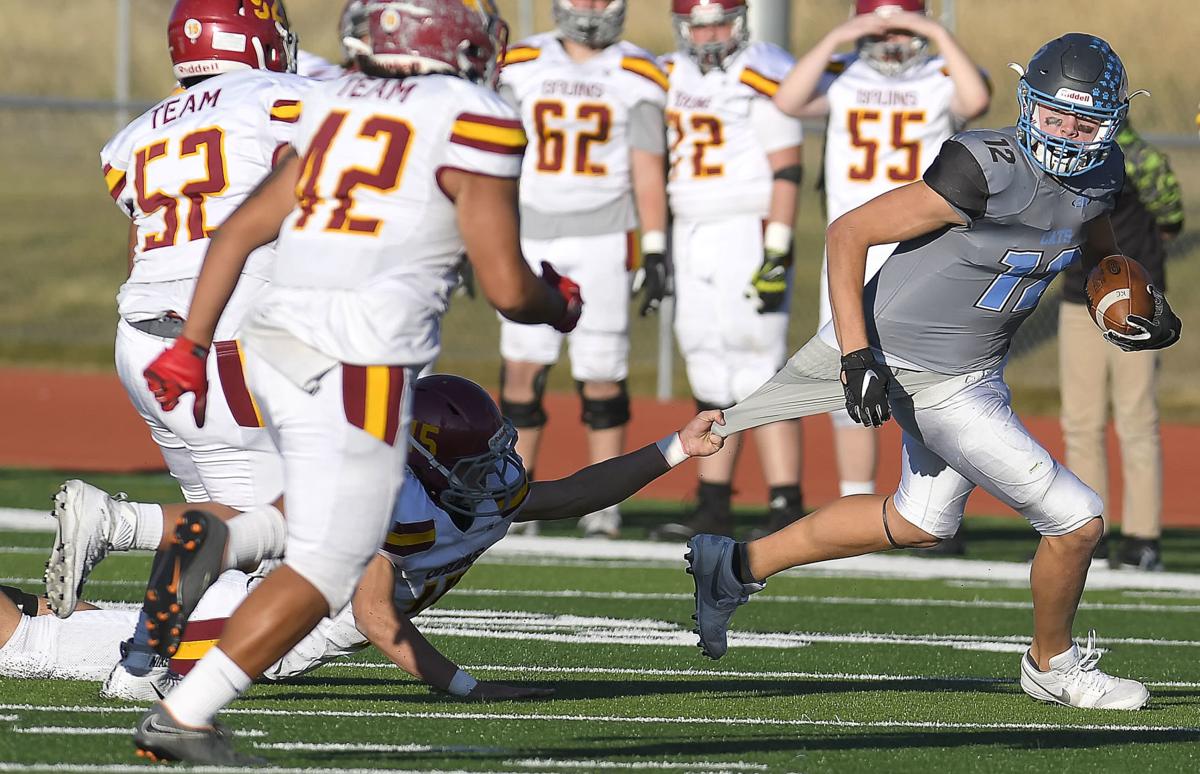 SMITHFIELD — For the second time in as many weeks, Sky View ran its opponent off the field. This time, in the quarterfinals of the 4A State Championships, the Bobcats sent Mountain View home with a 56-13 beatdown.

For most of the first quarter, Mountain View stood toe-to-toe with the Region 11 champions. The visitors did this with a clever set of changes that amounted to not just new formations but a completely different pace.

“They created a ton of issues for us,” Sky View head coach Christopher Howell said. “They went fast, a tempo offense which we hadn’t seen all year (from them), and so we had not done a good job preparing for that.”

“It was hard for us,” defensive back Traeson Martindale said. “We were really tired at the beginning. We just tried to calm down and play our game.”

That unexpected tempo offense manifested itself in several solid drives for the Bruins. Sky View had a 21-6 lead, but Mountain View orchestrated a six-play drive starting on its own 15 all the way inside the Bobcats’ 30. A touchdown might have shifted the momentum of the game back to the Bruins, but Scout Morris jumped a Duce Anderson pass at the 23 yard-line and returned it all 77 yards for a pick-six. Suddenly, a potential 21-13 or 21-14 game became a 28-6 game and an eventual blowout.

“I think that honestly won the game for us,” Carlsen said. “Just a huge momentum swing.”

“We preach that all the time with our turnovers,” Howell said, “how it creates extra possessions, (they’re) momentum changers.”

While Morris’ pick-six fueled the eventual blowout, the offense to that point had already managed the game well, hence the 15-point lead in the second quarter. Sky View never had trouble moving the ball when it needed to, balancing its attack well between passing and rushing.

“We’re a balanced offense so we know we can run the ball, pass the ball on people. So we just wanted to come out and solidify the run and when they adjust to that we want to pass. We can attack them in all ways.”

When the defense caught up to the offensive prowess on the night, everything clicked and Sky View never looked back. Spanning the last play of the first quarter into the third quarter, Sky View scored 35 unanswered points. It’s defense holding a formidable offense at bay that entire time. Mountain View still managed 334 yards — with a solid 4.5 yards per play average — but Sky View held when it mattered and that’s what Howell cared about.

“That’s the only thing we care about (points scored). I don’t care about yards,” he said. “They don’t get points for yards they get points for crossing that last yard line and our kids do a great job in the red zone.”

Sky View has outscored its foes in the playoffs 118 to 13. Both Howell and his players said that in future games as opponents get tougher and the scores get closer, execution will become much more important.