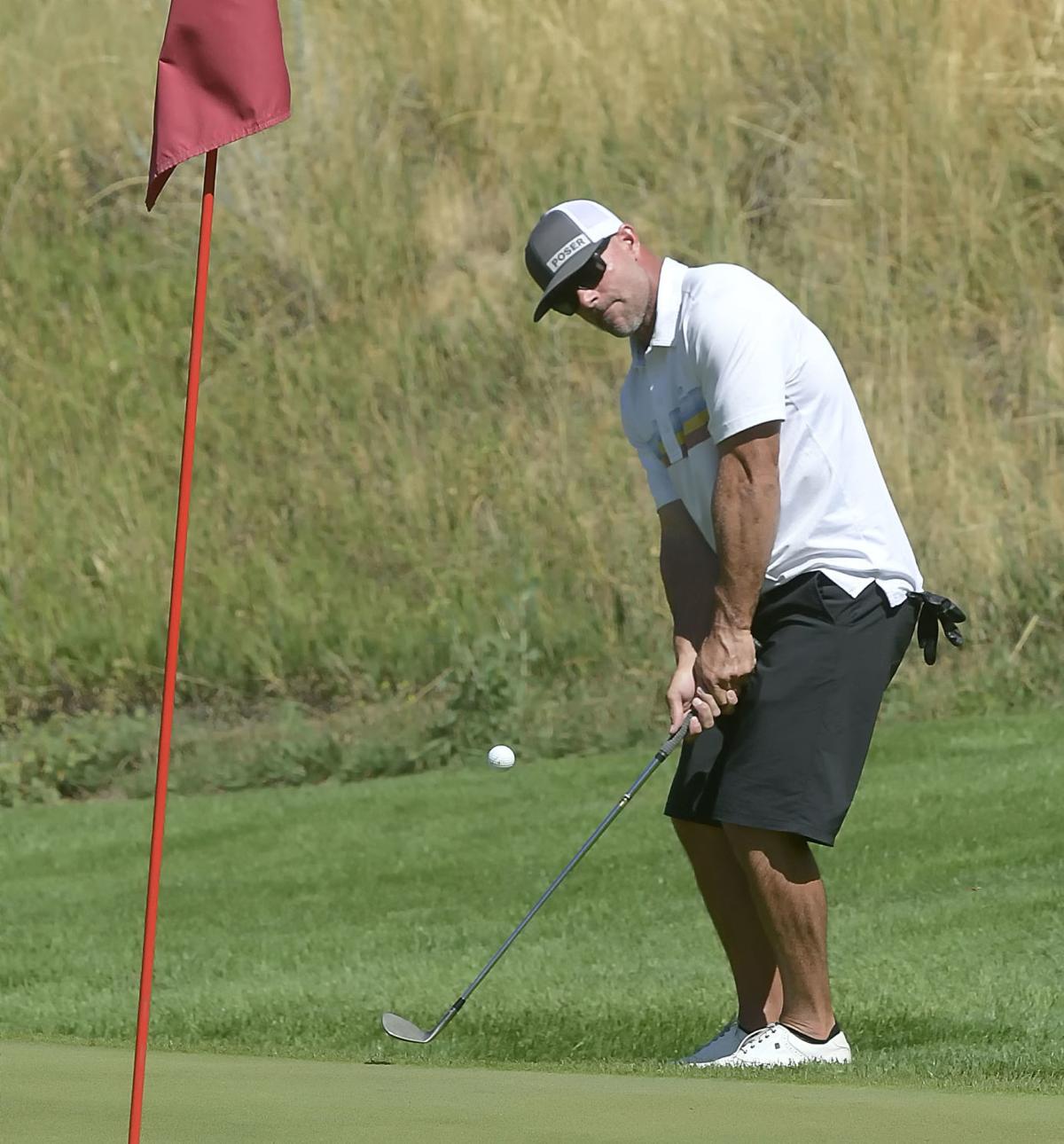 Brad Thorne chips the ball onto the 15th green at the Logan Country Club on Saturday. 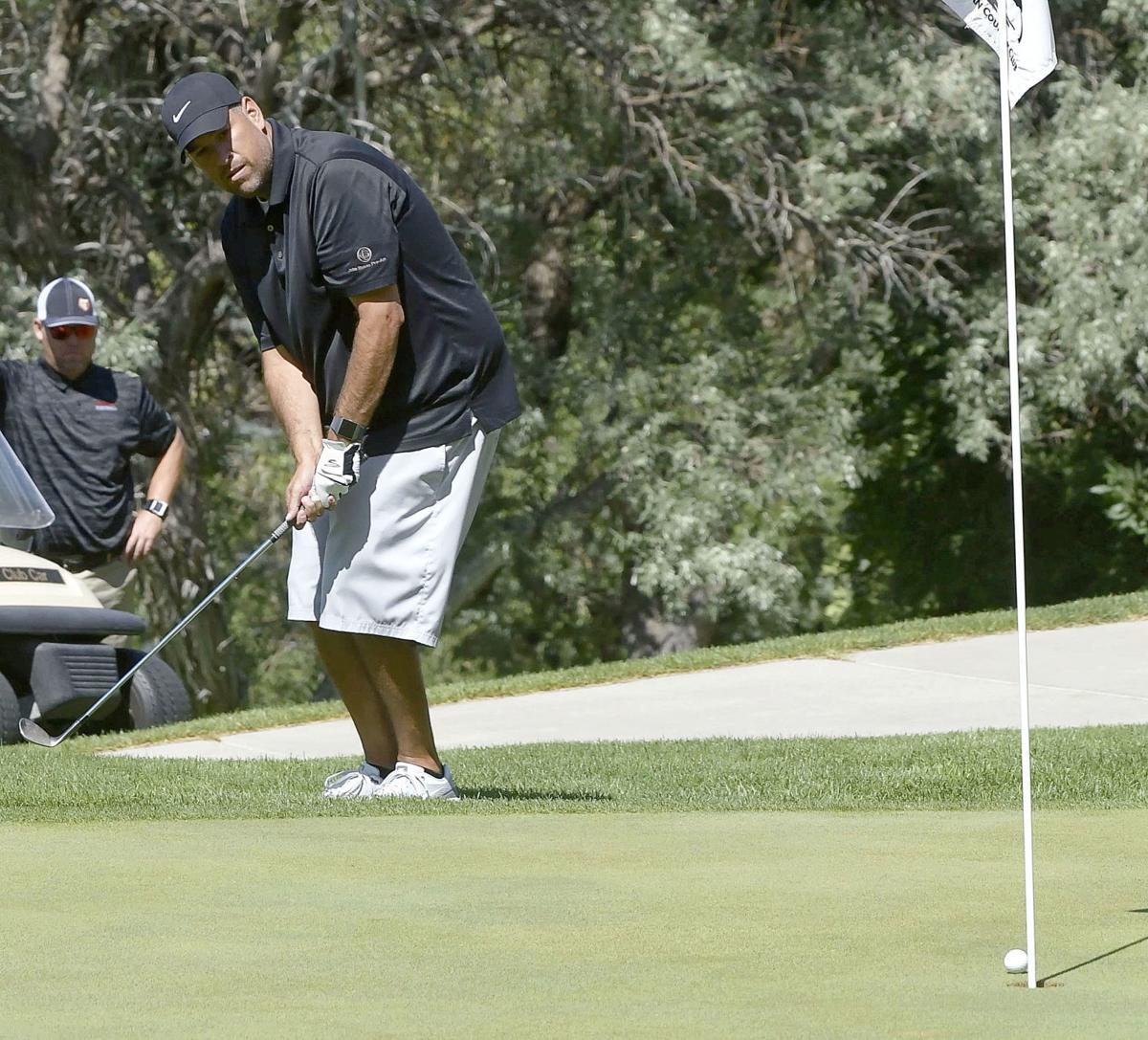 Casey Beck chips the ball onto the 16th green at Logan Country Club on Saturday.

Brad Thorne chips the ball onto the 15th green at the Logan Country Club on Saturday.

Casey Beck chips the ball onto the 16th green at Logan Country Club on Saturday.

“It’s nice to get back in the winner’s circle.”

That phrase fell repeatedly from the lips of Brad Thorne following his victory last Saturday in the Logan Country Club Men’s Association tournament. He defeated Casey Beck in the championship round of match play to claim his third overall club crown.

The win also allowed Thorne to hand out some payback to his fellow competitor as Beck beat Thorne in this same tournament nearly a decade ago. Beck won that match, closing the deal with seven holes yet to play — a dominating win.

“It was a nice little redemption,” Thorne said, adding that it was “nice to have a little rematch with him,” and saying that Beck “is a good dude” and that he enjoys golfing with him.

Thorne came into the match on a “whirlwind” of golf in his words. According to Thorne, he played nine golf matches in 14 days between Logan Country Club’s championship and a similar match play tournament at Logan River Golf Course.

“That was a bit challenging,” said Thorne, who reached the semifinals at Logan River.

Beck and Thorne took to the tee box Saturday morning with 36 potential holes of golf ahead of them which, as the latter stated, is far from an easy task.

“It’s a bit of a grind when you’re playing 36 holes as opposed to playing just 18,” Thorne said. “The lead can change hands throughout the day. There’s low periods, high periods, back and forth.”

And back and forth control of the match went for effectively the entire run of play. Neither man really built any substantial lead. Thorne, though victorious, effectively had to outlast Beck in the final holes of the day. He went two up after taking 16 — hole 34 overall — and when both parties sank par puts on 17, Thorne won with just a single hole of golf remaining at 2 and 1.

Thorne made particular mention of the back nine of the country club’s course, first noting how nerve-racking it can be to make the final turn in a close match play, especially given the nature of the final nine holes.

“It’s such a great place for match play because anything can happen on that back nine, especially those who haven’t played it often or don’t know much about it. You’ve got to be pretty strategic back there.”

While two golfers lacking experience might have bungled their way to the finish line, Thorne and Beck do not lack any sort of playing experience at the country club. That, in Thorne’s opinion, added to the excitement of the final stretch.

“It was kind of neat,” Thorne said, “going down to the finish because we’ve both played the golf course and have a pretty good history.”

Beck has won multiple titles at the Country Club, but the 2019 title evaded him as Thorne picked up his third championship.

Thorne’s victory came in the Champ Flight of the tournament. The country club had another section, the President’s Flight, which was won by Vince Lamarra over Brian Artist.