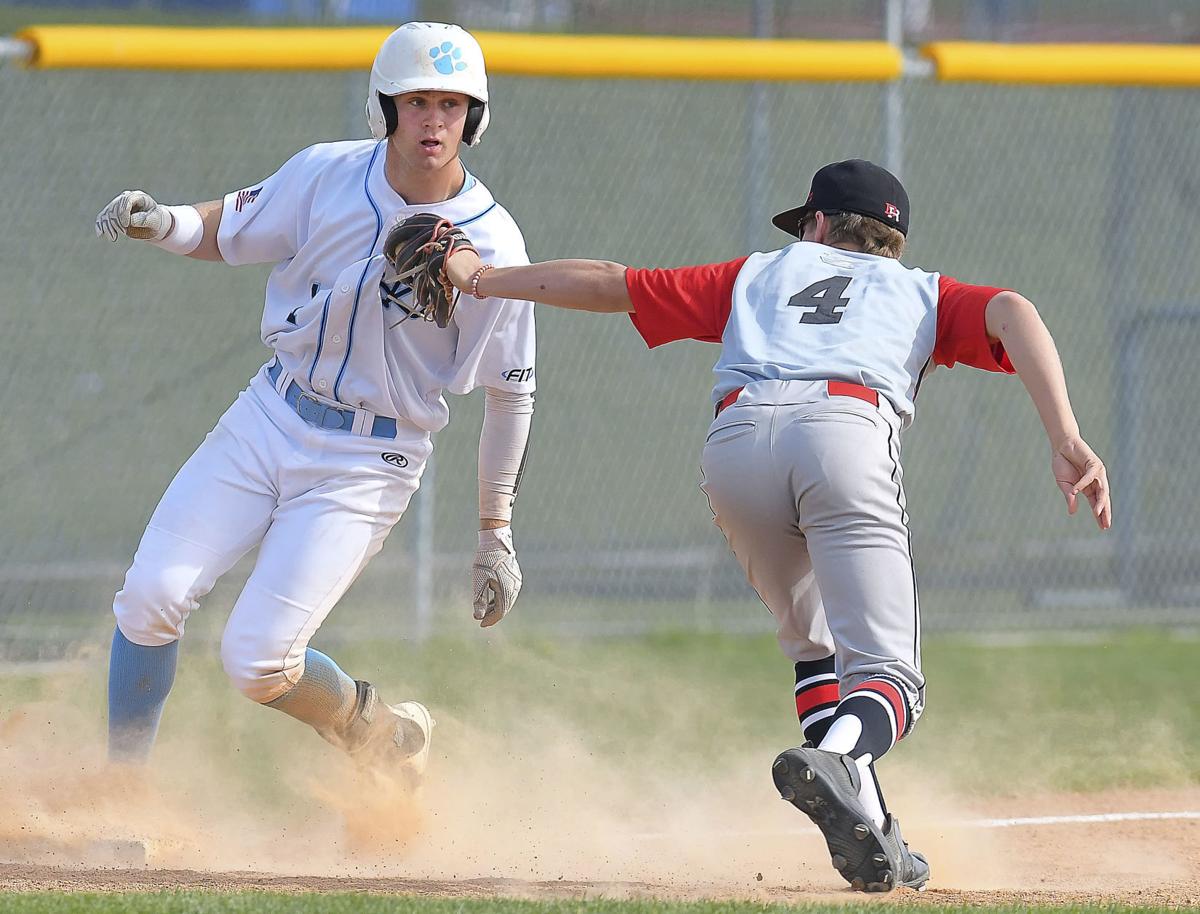 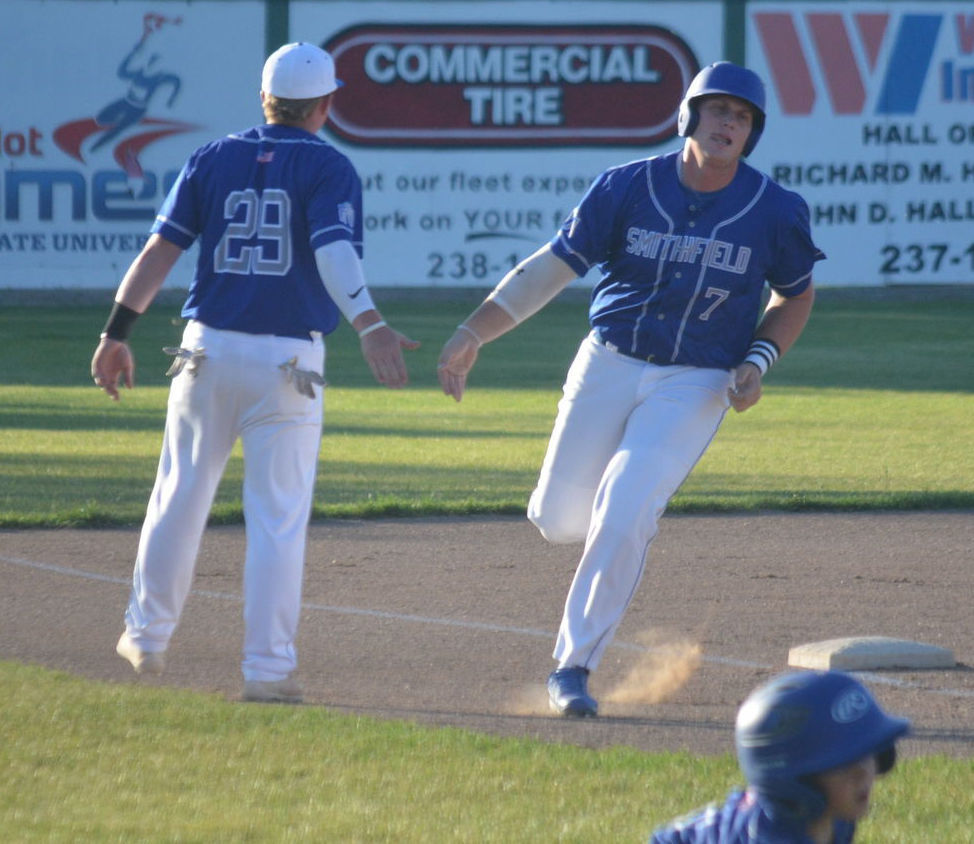 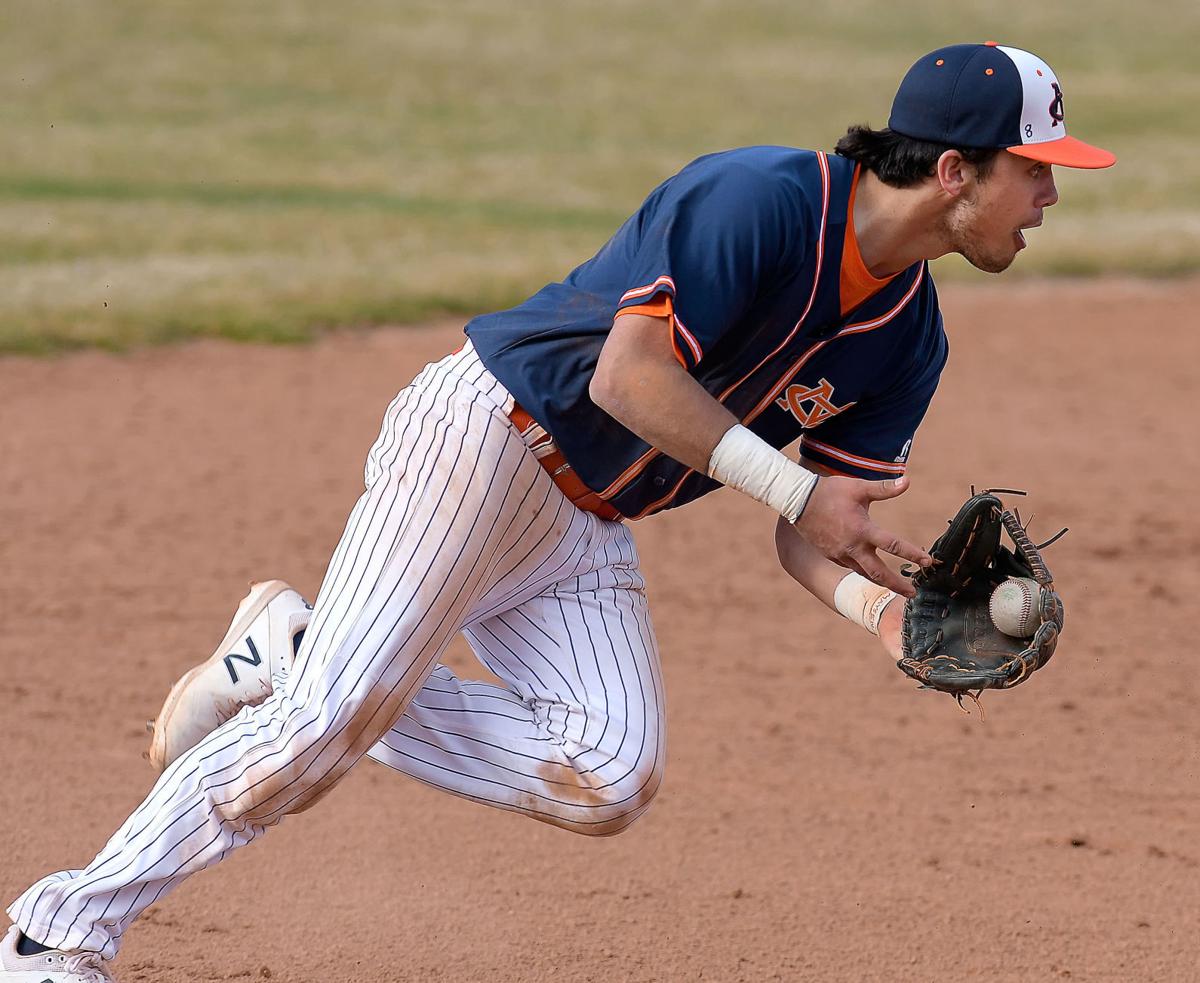 The dream of playing collegiate baseball is not over for a trio of Cache Valley athletes.

One of them, former Sky View standout Zach Hansen, will be transferring to a four-year program. Two of them, Sky View’s Ryder Lundahl and Mountain Crest’s Brady Hall, will be playing junior college baseball at rival schools.

All three athletes are currently playing in the Northern Utah League — Hansen and Lundahl for the Smithfield Blue Sox and Hall for the Hyrum Hornets.

The Smithfield native caught the attention of several four-year programs during his two seasons at Arizona Western College. Ultimately, Hansen elected to accept a scholarship offer from Dixie State University.

“Being away from home for two years playing at Arizona Western, and then before that being gone for two years on my mission ... I wanted to get closer to home, and when Dixie called me I was really happy,” Hansen said. “And we got things going with them ... and they recruited me pretty hard. They saw me pitch in the district championship game up in Idaho (my freshman year), and after that they called me and wanted me to come play.”

Not only will Hansen be relatively close to home at the St. George-based university, he will get the chance to showcase his talents at the Division I level. The Trail Blazers will be transitioning to the Western Athletic Conference and will start competing in that league during the 2020-21 academic year.

The Trail Blazers are coming off a good season as a D-II program as they went 35-19, including 23-13 in conference play.

“I’m ecstatic to be a part of that,” Hansen said. “When I first started talking to them, that was one of the first things they said is, ‘hey, we’re going D-I. It would be your senior year, it would be really cool,’ so I’m way excited for that. It will be awesome, for sure.”

Hansen was recruited to Dixie State as a long relief pitcher, the same role he manned during his two seasons in Yuma, Arizona. While at Arizona Western, the 6-foot-5 righthander played in a very competitive wood bat league where “every guy that came up to bat was a good ballplayer,” Hansen asserted. A handful of guys have been selected in the MLB Draft during Hansen’s time with the Matadors.

Hansen learned a lot during his time at Arizona Western.

“Junior college ball is really hard,” Hansen said. “It’s tough. There’s hardly any rules as there is in the NCAA. ... You can practice basically as long as you want. You can get up early in the morning and lift for two hours. It was tough. It definitely made me tougher, a better man to be able to put up with tough coaching, but very good coaches to push me and get the best out of me. In my two years there, I gained probably three of four miles per hour on my fastball, so it was very good. It was a good experience.”

Nevertheless, the son of Camille and Doug Hansen can’t wait for the next chapter of his life.

“I had great teammates (at Arizona Western), a lot of good guys that I played with — guys that moved on to four-year programs, guys that got drafted,” said Hansen, who is engaged to Shanae Barr, and the couple will be married on Aug. 10. “... And I’m just really excited to go to Dixie and see what the future holds there.”

The son of Erica and Eric Lundahl had a handful of scholarship offers from programs from the Northwest Athletic Conference, but ultimately the speedy center fielder chose Clark College, which is located in Vancouver, Washington.

“The campus was way bigger and nicer (than the other schools),” Lundahl said. “I liked the school a lot, and the facilities they had were way better than all of the other ones. And the coaching staff too really (impressed me). It just seemed like a great fit for me.”

Lundahl will be joined at Clark College by recent Bear River graduate Hadley Davis, making the transition a smoother one.

Lundahl helped lead Sky View to a Region 12 title as a junior, and was named the region MVP and Herald Journal All-Valley Player of the Year.

“Ryder will make an impact for us right away,” Clark College head coach Mark Magdaleno said in a press release. “We know we can hit him at the top of the line-up or in the middle of it. He adds to the athleticism and physicality that we have returning in the outfield. His addition means that our entire outfield will all run 6.7s or better. He his athletic and he is a run producer. ... His character makes him the kind of man we recruit here.”

Clark College is coming off a 21-25 season. The Penguins went 10-14 in conference play.

“I am super excited to continue my baseball career at Clark,” Lundahl said. “It’s a great opportunity.”

Lundahl made it a point to “thank my coaches and my parents, and everybody else who has gotten me to this point.” He thanked coaches Todd Phillips, Ryan Neal, Jory Jensen, Jason Talbot and Lody Hale by name, and expressed “a big thanks” to his mom.

This recent Mountain Crest graduate was also given the chance to play college football at Snow College, but decided to accept a baseball scholarship from Southwestern Oregon Community College.

“It just felt right for me,” Hall said. “It had taken a lot physically to be prepared for football and to stay in the shape that I needed to be in, and injuries my junior and senior year kind of took a toll on me. And I think baseball was just the right path to go to stay healthy and actually have a career in.”

Hall, who was recruited to Snow as an athlete, was an all-state quarterback for the Mustangs and a three-year starter. The Wellsville native helped propel Mountain Crest to the 4A state championship game as a junior.

The son of Rosa and Ben Hall was also a three-year varsity mainstay on Mountain Crest’s baseball team. As a senior, he battled .257, with an on-base percentage of .391. Hall finished with six doubles, one triple and a team-best 23 runs. The first-team all-region honoree also pitched five innings of hitless ball in a relief role, and posted a .000 ERA.

Additionally, Hall helped lead Mountain Crest to a share of the region title with Bear River as senior. The Mustangs swept the season series with the Bears, therefore clinching the No. 1 seed to the playoffs from the region.

“It was great,” Hall said. “I mean, it was such a pleasure to be a part of that team and just a part of that atmosphere, really. We knew we had a big year coming and coach (Stephen) Hansen, he told all of us that this is part of our two- three-year plan and this is when it’s going to happen, and it was very satisfying because that was my last season as a baseball player at Mountain Crest. That was my last athletic anything at Mountain Crest and we went out with a bang, so it was very satisfying.”

And now Hall is looking forward to being a college athlete, an opportunity he said “means the world. This is what I’ve been working for, for my 18 years of life.”

“It just feels like home (at SWOCC),” Hall said. “You know, everybody down there is really close-knit, everybody knows everyone and that’s kind of like it is over here. ... But really my mom loved the place and I love it there too. The coaching staff over there is great. The facilities over there are nice. Everything just kind of seemed to call out my name and I just have a feeling that that’s where I need to be, that’s where my next step in life is going to be.”

Southwestern Oregon is located in Coos Bay. The Raccoons went 11-25 this past spring.