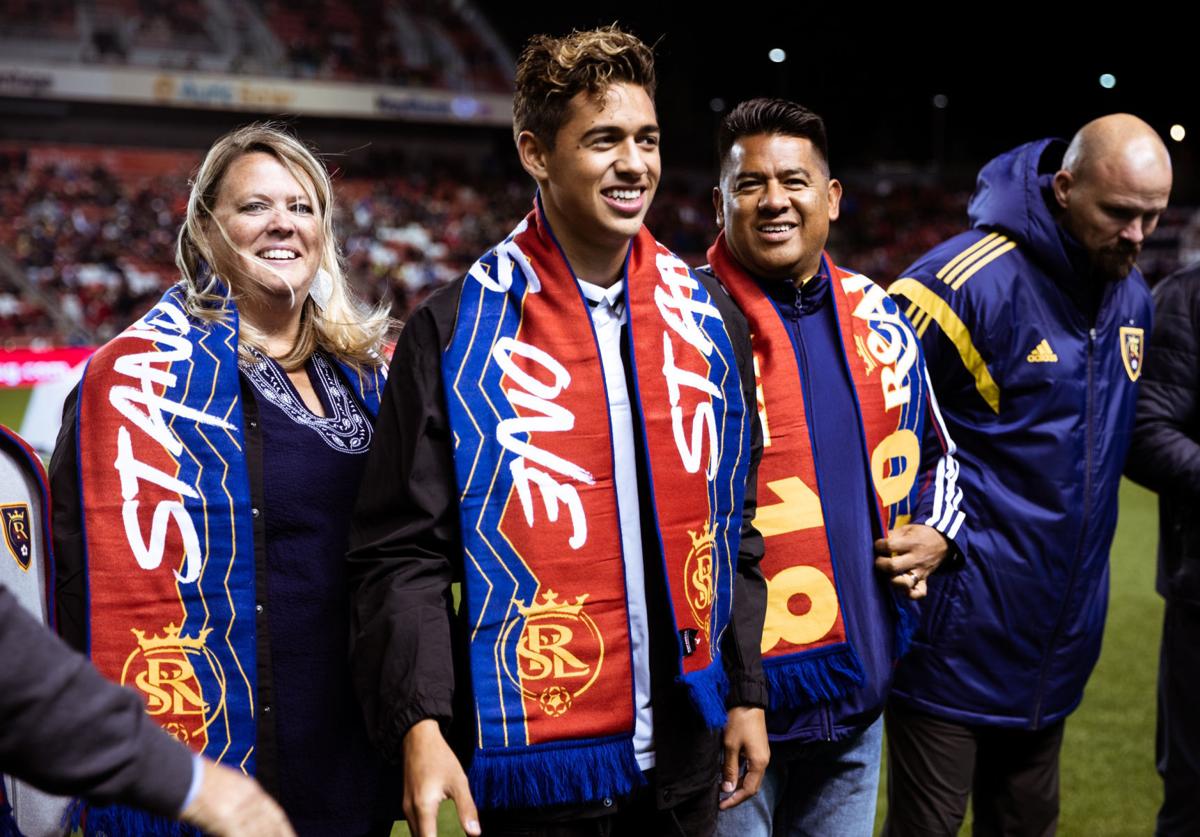 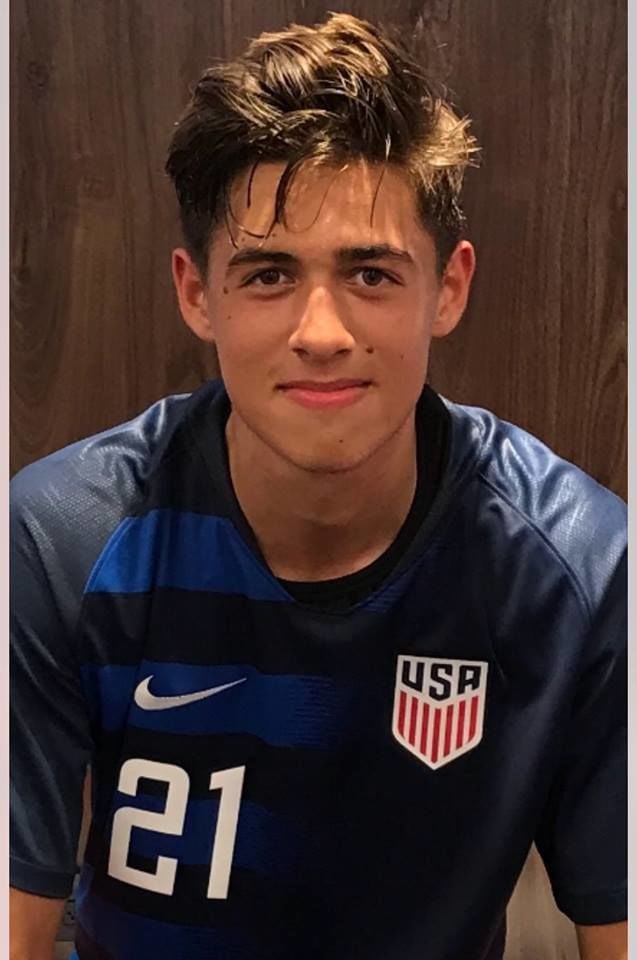 Nibley soccer player Julian Vazquez was called up to a camp for the U.S. U18 National Team this summer.

Nibley soccer player Julian Vazquez was called up to a camp for the Mexican U18 National Team this summer. 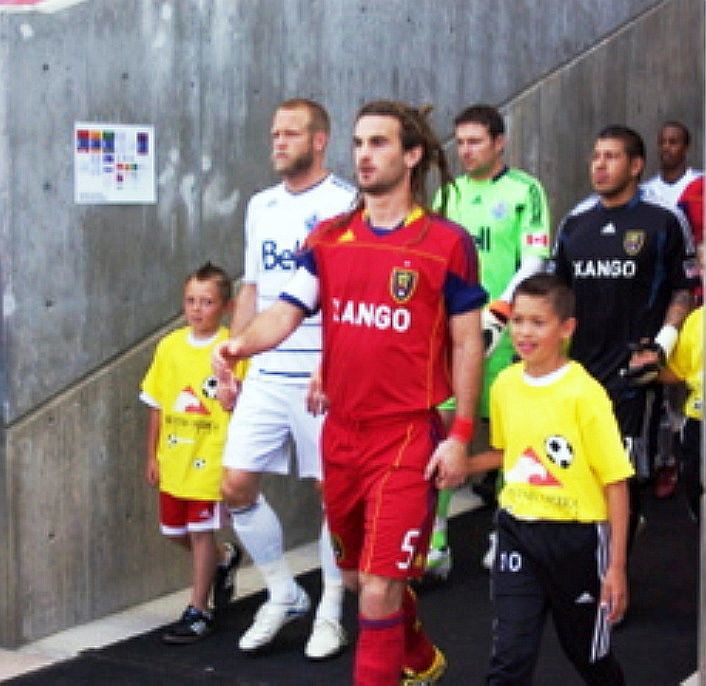 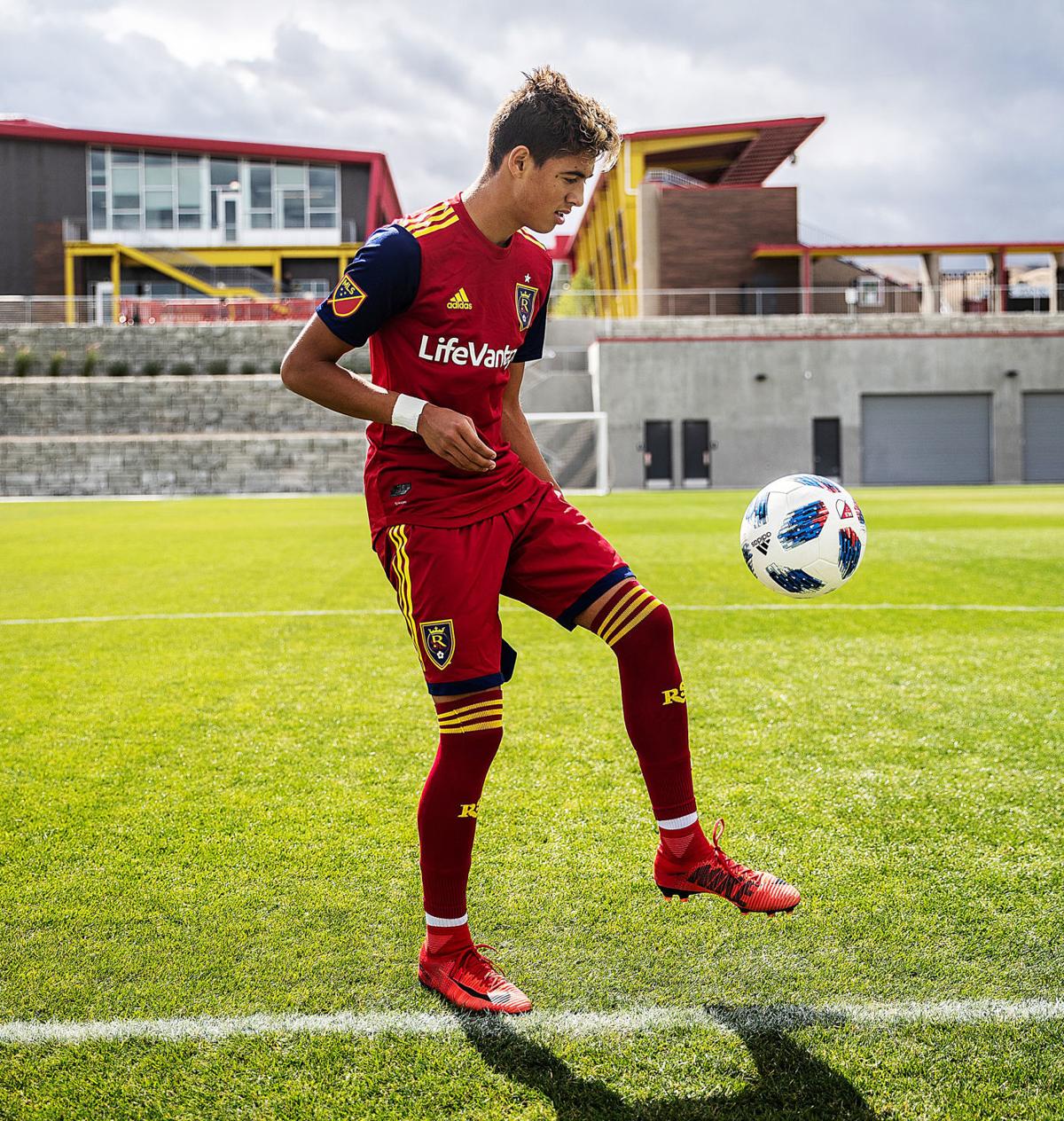 Nibley soccer player Julian Vazquez was called up to a camp for the U.S. U18 National Team this summer.

Nibley soccer player Julian Vazquez was called up to a camp for the Mexican U18 National Team this summer.

It’s fair to say 2018 will be a year Julian Vazquez will forever cherish.

Not only did the Nibley native have an outstanding season on the pitch for the Real Salt Lake Academy U17 squad, he was invited to camps for the U.S. and Mexican U18 national teams during the summer.

As exciting and prestigious as that was, Vazquez’s biggest news took place a few months later. That’s when he signed a professional contract with Real Salt Lake.

Vazquez and his family was introduced to the Rio Tinto Stadium crowd during halftime of RSL’s 4-1 loss to the Portland Timbers on Oct. 6.

“It’s been one of the most gratifying years for me personally, so I’m just really blessed,” said Vazquez, who as a 10-year-old escorted RSL captain Kyle Beckerman onto the Rio Tinto Stadium Field — the photo can be viewed online with this story at hjnews.com — prior to a game against the Vancouver Whitecaps. “I mean, 2017 was a really great year also being able to be a part of the academy, my first year with them, and then 2018 has been really special. I was first able to achieve my goal of being called into a national team camp ... and then I just kept on pursuing more and more, and just everything has been happening so fast, I feel like.”

Vazquez became the 16th player in RSL history to sign a homegrown contract. It’s a three-year contract, with the option of a fourth season.

The son of JC and Wendy Vazquez will finish up his current season for the RSL Academy U19 side, and will likely spend the majority of the 2019 professional season with the Real Monarchs, RSL’s reserve team.

“It’s just really humbling for me and my family because I’ve been playing soccer my whole life, and same with my dad ... so just coming up and living out probably his dream too, but mine also and my family’s, it’s just a super humbling experience for us,” Vazquez said. “... I’m really excited for this opportunity and just excited to be out there on the field doing what I love.”

Vazquez started drawing some attention from professional clubs in Europe and Mexico following his last season with the RSL Academy U17 squad, but ultimately couldn’t pass up the chance to play close to home.

“Yeah, it’s really special that I’m a homegrown (signee) because I’ll be home in Utah and my whole family will come up to the games and watch me play,” Vazquez said. “They’ll be supporting me and I’ll be supporting them, too, in their activities, so it will be nice to have a family environment here, instead of chasing a dream where I’m across the seas or in a different state.”

“We’re excited to add another academy player in Julian,” RSL head coach Mike Petke said in a press release. “It’s important to utilize our academy, and Julian has earned the right to be signed. Now it’s up to him what he makes of it.”

In his second of two seasons with RSL Academy’s U17 side, Vazquez scored 13 goals in 29 regular season matches — 25 of which he was in the starting lineup. His team went 20-6-6 and finished first in the Southwest Division of the Western Conference. The 17-year-old also netted four goals in three playoffs matches.

Vazquez was invited and elected to the join the RSL Academy program midway through his sophomore academic year at Ridgeline High School, meaning he would have to forego the rest of his high school playing career. He started attending classes and training at the academy, which was then located in Casa Grande, Arizona.

The club was able to relocate to Herriman prior to the 2017-18 academic year and play in the brand new Zions Bank Real Academy. The move back to Utah, coupled with a better familiarity with his teammates, helped Vazquez excel in his second year with the academy.

“It was just being more comfortable around the team,” Vazquez said. “Last year I came in midway (through the season). I mean, I wouldn’t say it was hard to adapt, but this year I felt more comfortable and I felt like I was one of the more veteran players on the U16/U17 team, and so I felt that gave me an edge.”

After the 2017-18 Academy campaign, Vazquez was one of six forwards invited to the U.S. U18 National Team Camp. The camp took place from June 4-11 in Kansas City.

A few weeks later, Vazquez received a call to attend a two-week camp for the U18 Mexican National Team in Mexico City.

“It’s kind of special to me because with my dad being Mexican and my mom being American, I got to experience both sides of it, so it was really humbling also knowing all the work that I’ve put in has paid off,” Vazquez said.

During his time in Mexico City, Vazquez found the back of the net in a 3-2 loss to Mexico’s U21 squad. As for the U.S. camp, Vazquez said he thoroughly enjoyed competing at the same facility the U.S. senior national teams train at.

“It was pretty neat because we were the first team to ever train at that new facility in Kansas,” Vazquez said. “It’s supposed to be an international team facility and we were the first national program to use it and so that was a super neat experience as well on the U.S. side of things.”

In the future, Vazquez will have to choose which national program to affiliate himself with — a decision that will not be easy.

“Yeah, it will be a difficult decision, but I just know that whatever national program sees me more in their future, that’s how I’ll decide,” said Vazquez, who scored nine goals for Mountain Crest’s varsity team as a freshman in 2016.