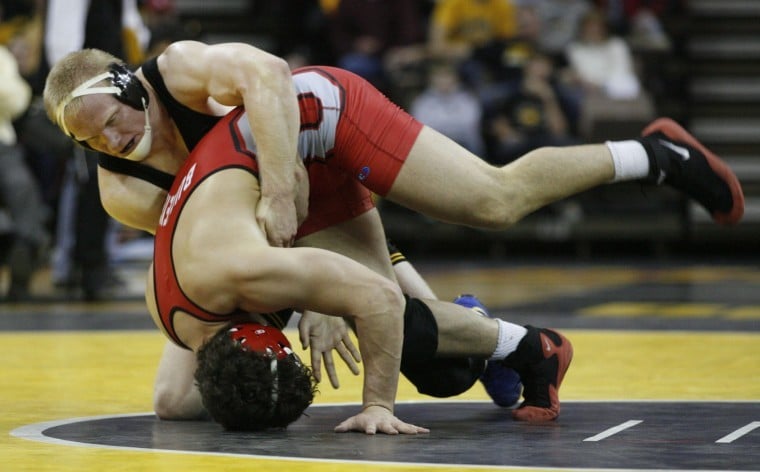 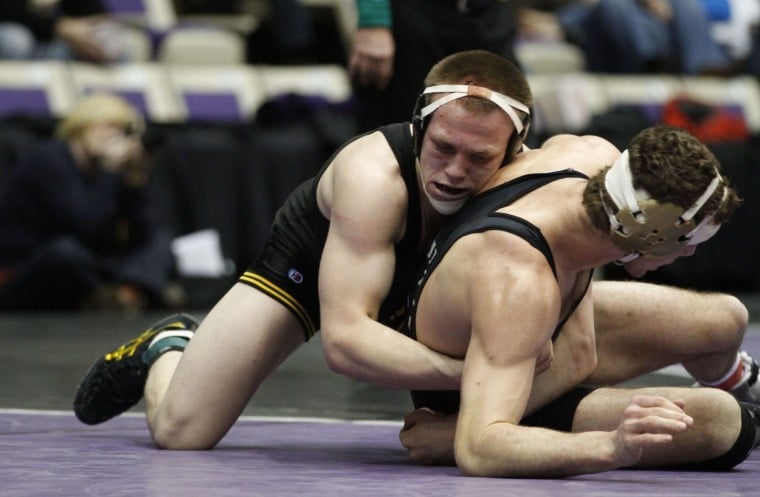 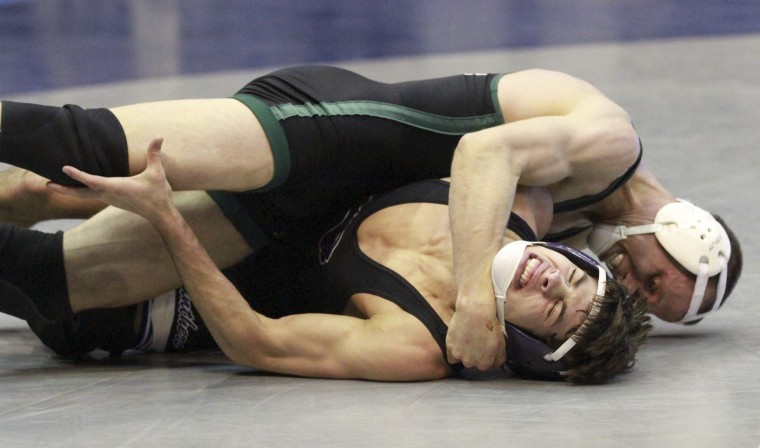 When the NCAA Division I Wrestling Championships get underway, it will be a reunion of sorts for a trio of former Mountain Crest standouts.

Iowa's Luke and Ethen Lofthouse and Utah Valley's Justin Morrill will all compete for individual glory - in the case of both Lofthouses, team glory - starting Thursday morning in Philadelphia.

Not many prep programs can say they produced three collegiate national qualifiers in one year, and that makes the experience even more meaningful for Morrill.

"I'm very excited to see two of my alma mater guys out there, and just being able to have our coach, our high school coach (Davie Swensen) I'm pretty sure is going to make the trip, so it will be a happy reunion and an exciting time for us to be all together," Morrill said.

As exciting as that will be, make no mistake, this is a business trip of all three grapplers, particularly Luke and Ethen. While it's the first trip to nationals for all three wrestlers, none of them are excited to just be there.

For starters, Luke and Ethen compete for what has become the premier collegiate program in the country. Iowa has captured the last three D-I titles, but is currently ranked third and a slight underdog to top-ranked Cornell.

The Lofthouse men don't view themselves as underdogs, though.

"Everyone is confident in their abilities and everyone believes in themselves, and so you can't think of yourself as an underdog because we are who we are and we train the way we train to win national titles," said Luke, who's been one of Iowa's most consistent competitors in 2010-11.

And not only do Luke and Ethen plan on helping the Hawkeyes reign supreme once again, they aspire to stand on top of the podium in their respective weight classes.

The Avon natives - Luke is Ethen's uncle - are indeed legitimate title contenders, although they will have to upset some people. Luke is ranked fifth at 197 pounds by wrestlingreport.com and sixth by Intermat, while Ethen is ranked ninth at 174 pounds in both polls.

"I'm really confident in my wrestling right now," said Ethen, a redshirt freshman. "Everything's starting to click and my body feels great and, you know, it's the best time of season for that to happen. And it's due to my coaches and all the hard work I've put in throughout the year.

Don't get the Lofthouses wrong, they're both excited they qualified for the tournament, but, as Ethen said, "at the same time, it's to be expected."

"It's not been real satisfying yet because I haven't done what I wanted to do," Luke said. "I haven't been able to win any championships yet, and that's been my goal the whole time. And so, it's nice to be there because that's where everything happens, but ... you can't be satisfied already just getting to the tournament.

"That's not why I wrestle and that's not why our team wrestles. We wrestle to win championships, and that's our goal. So in four days if things go the way I want and I'm on top of the podium, than I'll be satisfied with how things have gone this year."

Ethen and Luke have both proven they can compete against the best of the best this season. Case in point: Luke was just seconds away from taking down Clayton Foster and sending the match to overtime in a nationally-televised dual on ESPNU between Iowa and Oklahoma State. Foster, who hasn't lost this season and is ranked second nationally, prevailed 5-3.

And both Ethen and Luke compete in what's widely regarded as the toughest league in the country. The fact that the Big 10 had seven grapplers in Luke and Ethen's weight class qualify for nationals would attest to this.

Luke, who was named the Big 10 Wrestler of the Week on Feb. 22, placed second at the conference tourney, while Ethen placed third. Penn State, ranked second nationally, beat Iowa by one measly point for the team title, 139-138.

Ethen, who was seeded fifth at the Big 10 tourney, beat higher-seeded wrestlers from Purdue (twice) and Minnesota he lost to during the regular season.

The Hawekeyes qualified nine wrestlers to nationals, which is one short of the maximum allowed per team. Iowa is relatively young and inexperienced - the Hawkeyes only have one retiring national champion and two returning All-Americans - but Ethen likes his team's chances.

After all, Iowa has already exceeded the expectations of others outside the program. The Hawkeyes were ranked just outside the top 10 in the preseason.

"No one understands what we go through day in and day out in the practice room, in all our nutrition ... of how we take care of our bodies," said Ethen, who made it a point to praise Swensen, who recently retired as Mountain Crest's head coach. "... All that stuff plays into being the best team in America. And everyone thinks we're young and not very experienced, unlike Cornell ... but we've already proved to a lot of people that we have a lot of firepower."

Morrill certainly understands what it's like to get his nutrition down to a T. Morrill, also a redshirt senior, has wrestled at 149 pounds for most of his collegiate career. However, in a move to make the program better, Morrill selflessly moved down a weight class this season.

Needless to say, maintaining a weight of 141 pounds has been very challenging for Morrill, especially when you consider he's taller than most grapplers in his weight class.

"It's been extremely hard. I had to start months in advance and I kind of did a lot of my own research ... just studying to find out the best and the healthiest way to get down to 141," said Morrill, who's been a mainstay in UVU's lineup for most of his career.

Unlike Luke and Ethen, Morrill is a longshot to win a national title. The Logan native is currently ranked 29th by wrestlingreport.com.

However, Morrill, who qualified by placing second at the Western Tournament, is a darkhorse All-American candidate. The top eight in each weight class are so honored.

Morrill's best victory this season came against Boise State's Levi Jones, who's ranked No. 16 and No. 17, respectively, in both major polls.

"It's definitely doable for me. I just really need to be able to put it all together, I think." Morrill said.

The NCAA Championships will conclude Saturday night and much of the action will be shown on ESPNU.

Morrill opens up with No. 4 seed - there are 12 seeded wrestlers in each 33-man bracket - James Kennedy of Illinois. No. 5 Luke will face Riley Orozco of Cal State Bakersfield, while No. 9 Ethen squares off against the winner of Rob Morrison (Rider) and Dorian Henderson (Missouri).