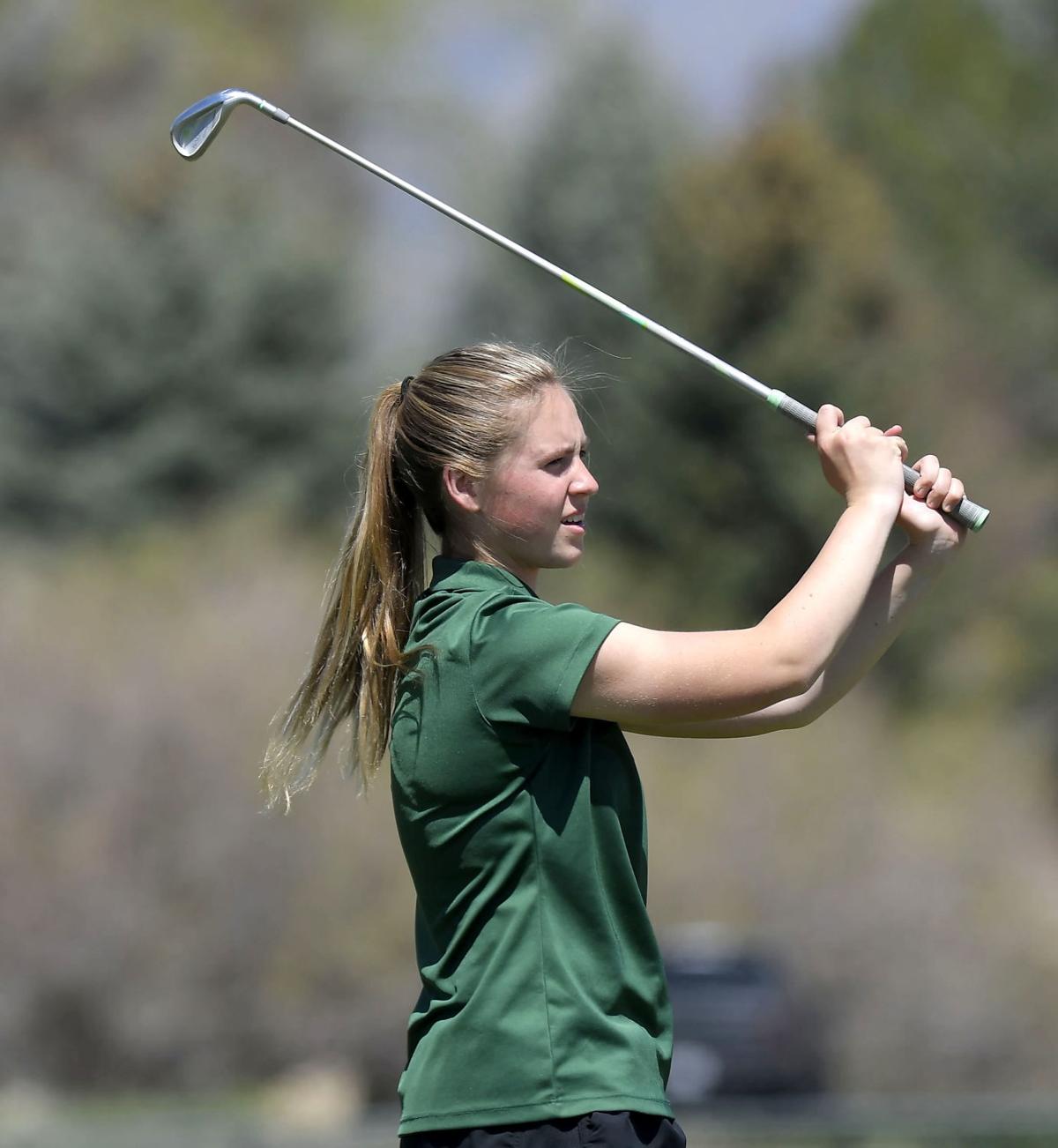 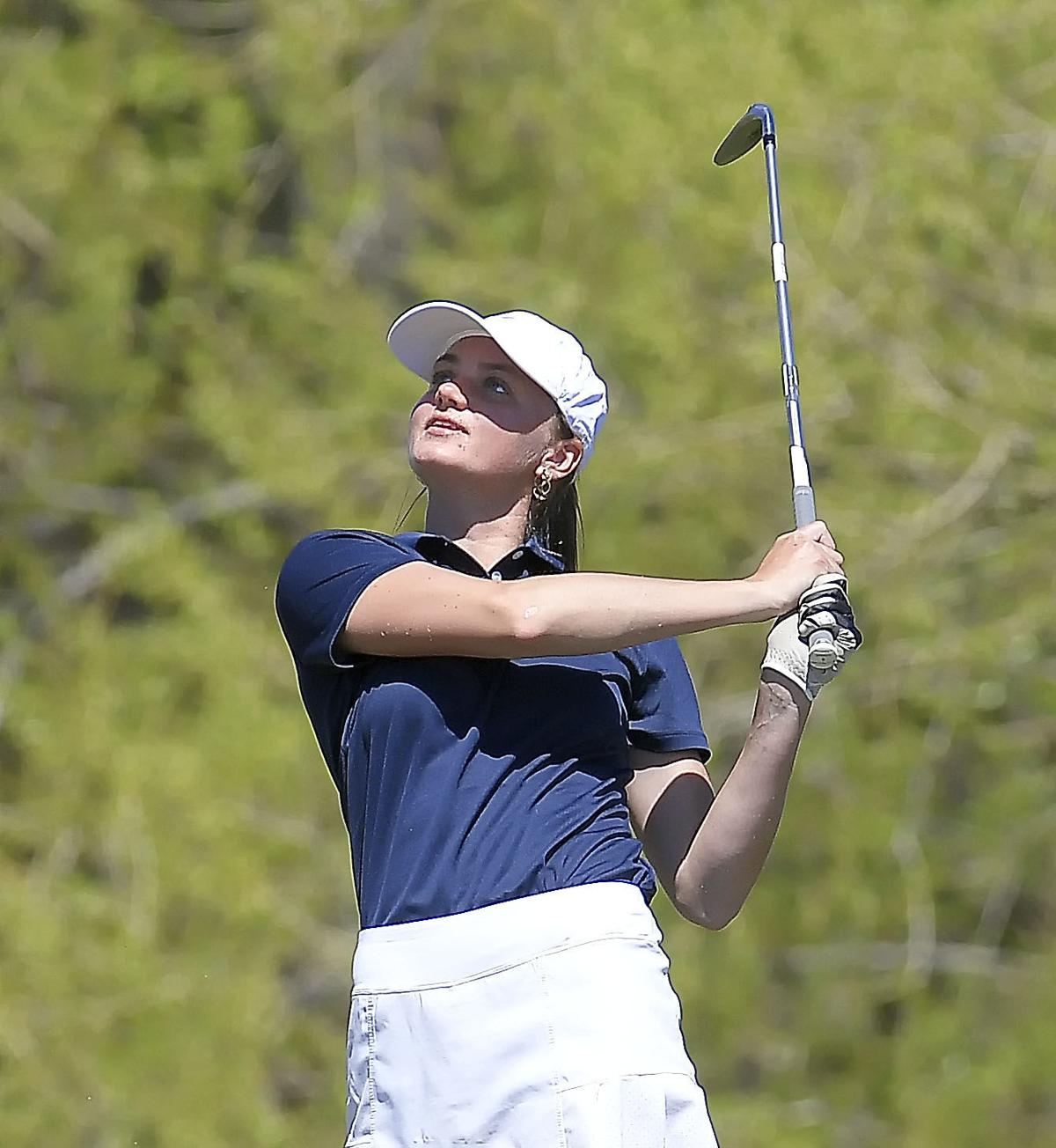 Green Canyon was determined right to the end, and it paid off.

The Wolves entered the Region 11 girls golf championship behind Ridgeline by two points in the team standings. In six previous region outings, the Riverhawks had finished first four times and second twice, while Green Canyon was first twice and the runner-up four times. Seemingly, it would appear the Ridgeline had the region title wrapped up as long as it finished in the top two.

In the region championship, team points are doubled. The Wolves still had a shot.

Green Canyon turned in a school-record team score of 359 Monday at The Barn Golf Course in Pleasant View. It was more than good enough to win the competition.

Ridgeline was 12 strokes back at 381 to claim second. Monday’s outcome left the Wolves and Riverhawks tied for the region crown.

“We had a great effort today,” Green Canyon head coach Terrell Baldwin said. “We knew our only chance of winning the region was to play well and beat Ridgeline today. The conditions were ideal, and our players focus was sharp. We have some seniors that are mentally tough and played well today.”

One of those seniors was Landree Spackman. After a rough outing last Thursday in the regular season finale at Logan River Golf Course, Spackman went out and improved by an amazing 24 strokes on Monday. Obviously, it was a different course, but her round of 79 was the best, earning her medalist honors.

The 79 was seven strokes better than the next individual. It was a career-best round for Spackman.

“What a round by Landree today after a tough day at Logan River,” Baldwin said.

The Wolves not only had the medalist, but the second- and fourth-best rounds Monday. Sammy Spackman tied Ridgeline’s Alyssa Buist for second at 86. Alivia Longhurst was fourth with a 90 for Green Canyon.

“Sammy Spackman continued to play great and shot another great score,” Baldwin said. “Alivia Longhurst was solid as well. We had four seniors give us some great leadership today.”

The Riverhawks had their top four golfers all finish in the top 12. Following Buist were Lily Swink, who tied for sixth with a 95, Naomi Dunker, who tied for eighth at 99, and Brooke Norton was 12th with a 101.

“It was a good day,” Ridgeline head coach Julie Major said. “Green Canyon played an amazing round of golf, so congrats to them.”

Rounding out the team scoring Monday was Mountain Crest in third at 408, followed by Logan (422), Bear River (423) and Sky View (425). The top five teams qualified for state, leaving the Bobcats out this year.

“Ridgeline has a great team and are well coached,” Baldwin said. “After a great season of going back and forth, it seems fitting to win the region along with Ridgeline. I’m very happy for my girls. They have displayed grit and determination all year long.”

There was actually a coin flip to see who would go to state as the better seed. Ridgeline won, but both teams will share the 2021 title.

Buist was the Region 11 medalist for the season. Sammy Spackman was just five points behind in second. Landree Spackman was third, followed by Swink, Longhurst and Ridgeline’s Eryn Hendricks to round out the top six. The Riverhawks’ Brooke Norton was 11th, while the Wolves had Brielle Williams finish 12th on the season.

The Mustangs were led by Taya Sickler on Monday as she tied for eighth with three other golfers with a 99. For the season, Mountain Crest’s Kierra Crosbie was 10th.

Logan’s Avery Anderson tied for sixth with a 95, while Jayla Spring was tied for eighth at 99. The pair of Grizzlies also finished among the top 12 for the season with Spring in seventh and Anderson in eighth.

Sky View was led by Maysen McKay, who was among those with a 99 in eighth.

The 4A state tournament is next Wednesday and Thursday and will be held at the Meadowbrook Golf Course in Taylorsville.

“My girls are playing well and are looking forward to state,” Major said. “It’s been a good season. I’m proud of my players for battling through some challenges.”