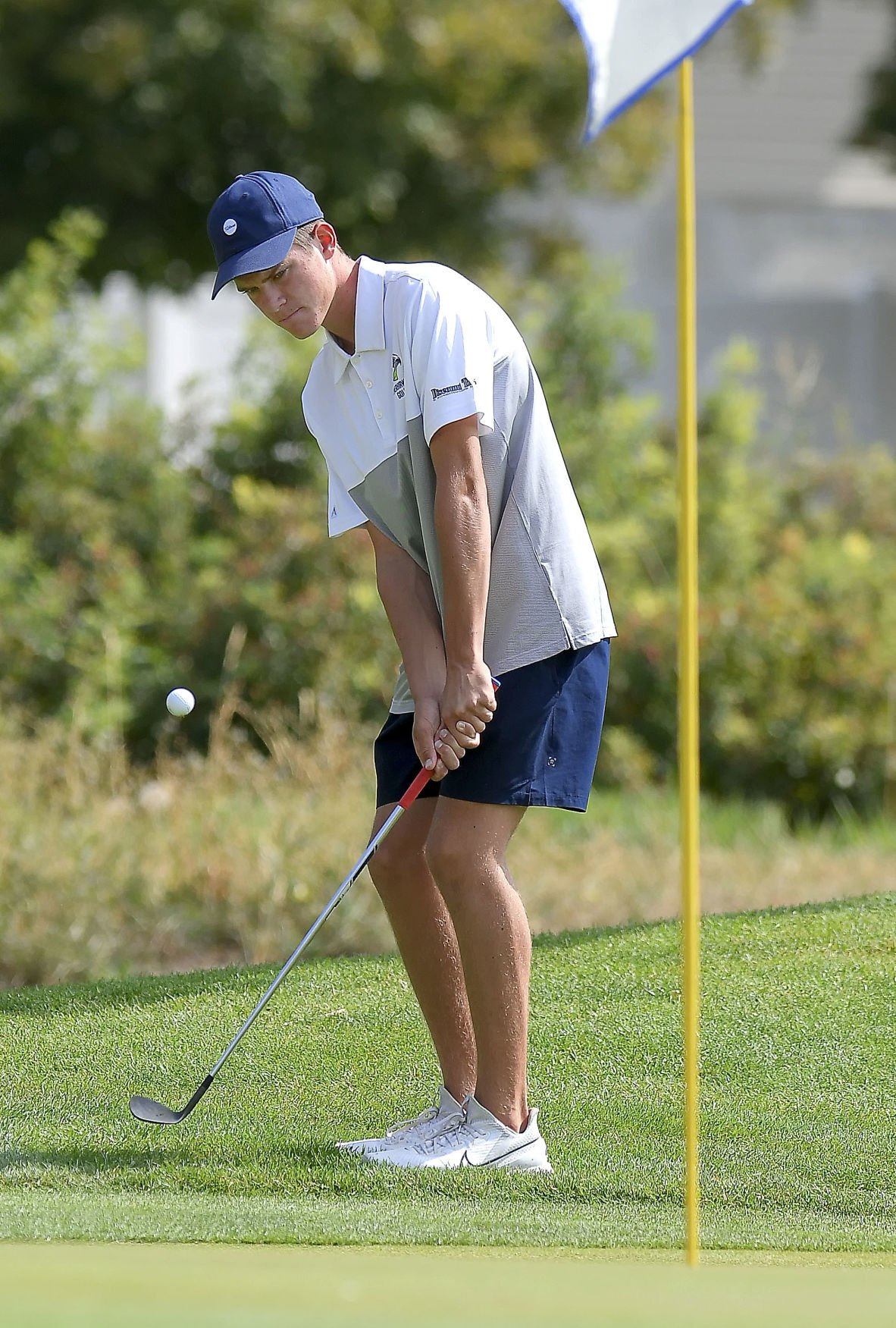 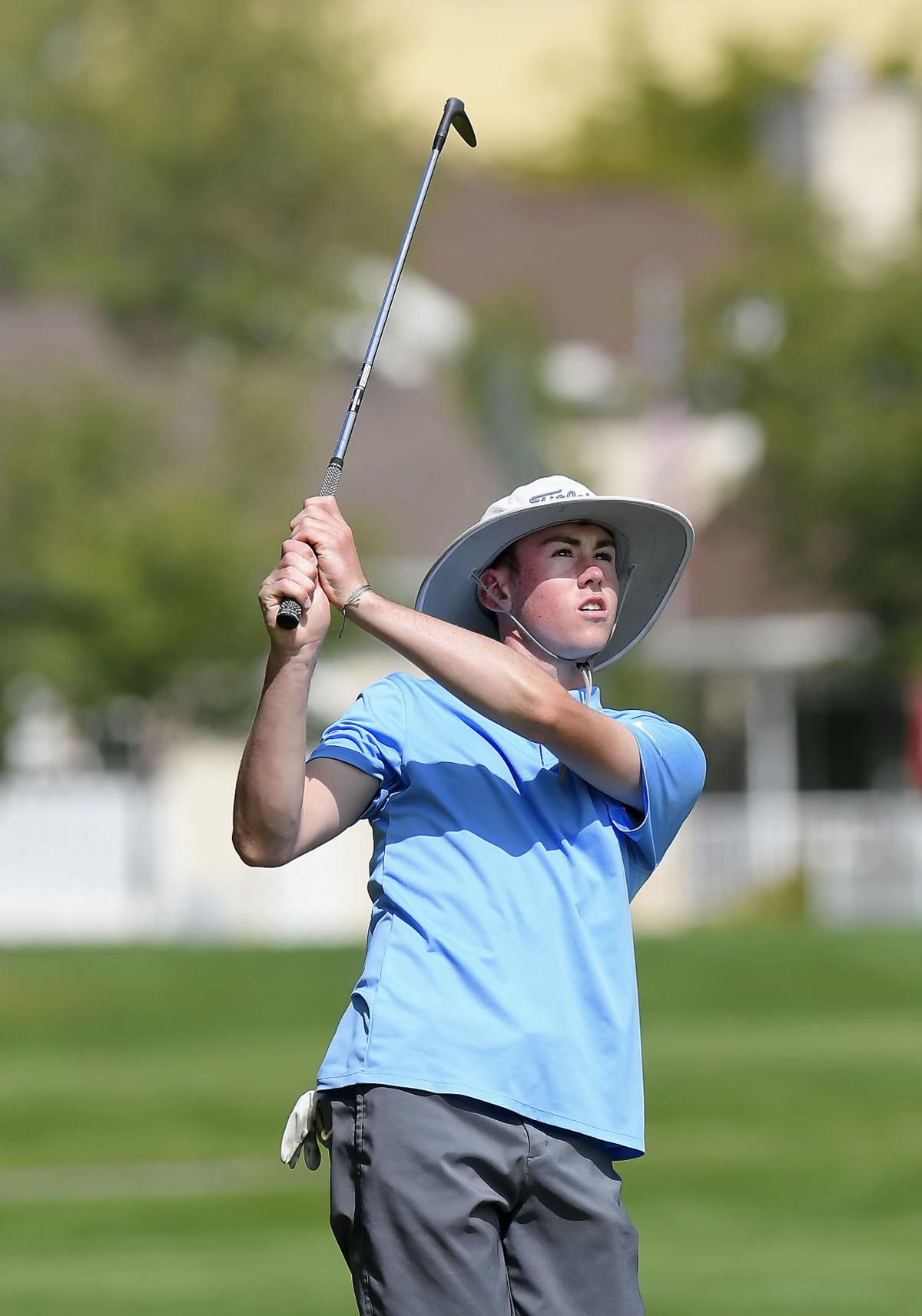 Sky View's Hayden Howell hits the ball on the second hole at at Birch Creek Golf Course on Monday. 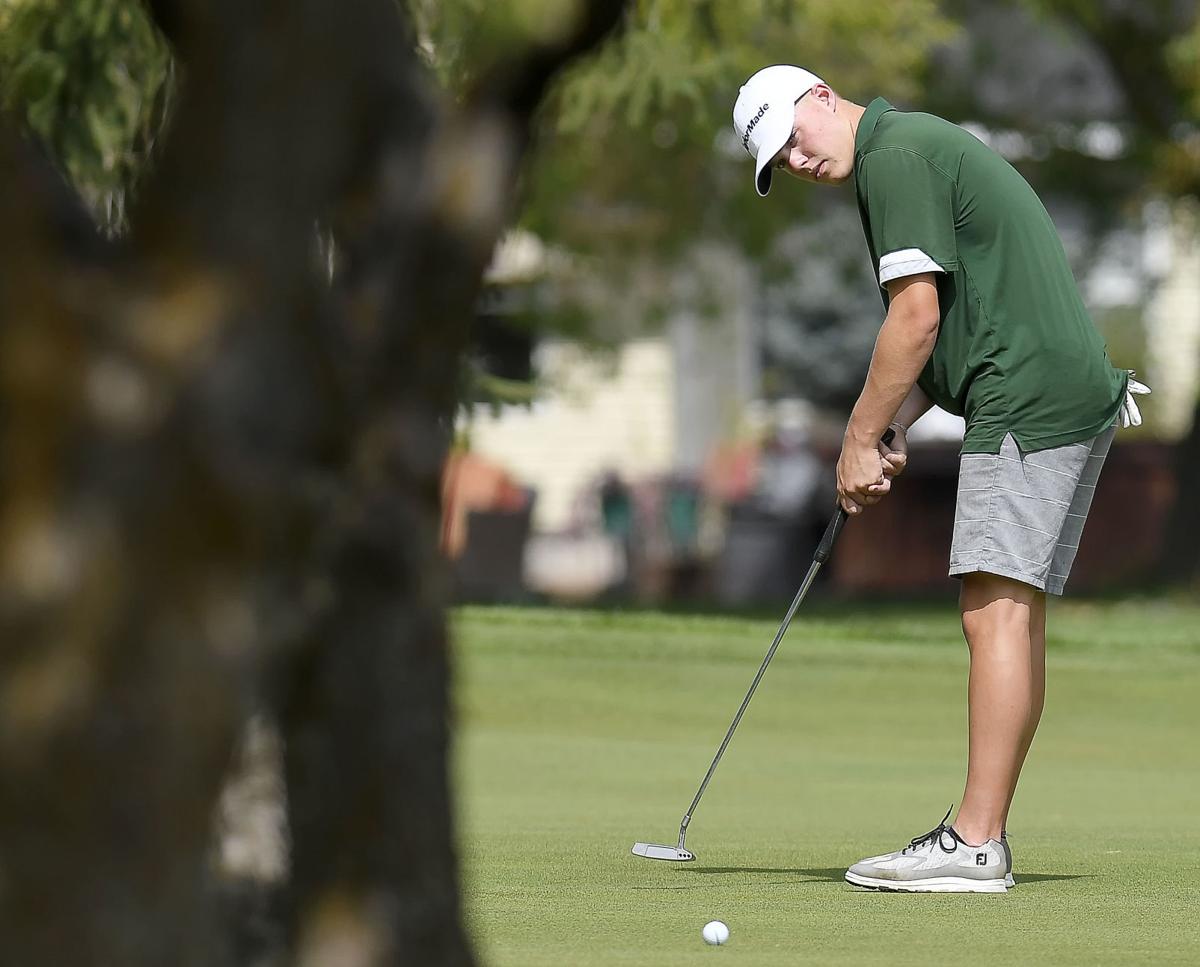 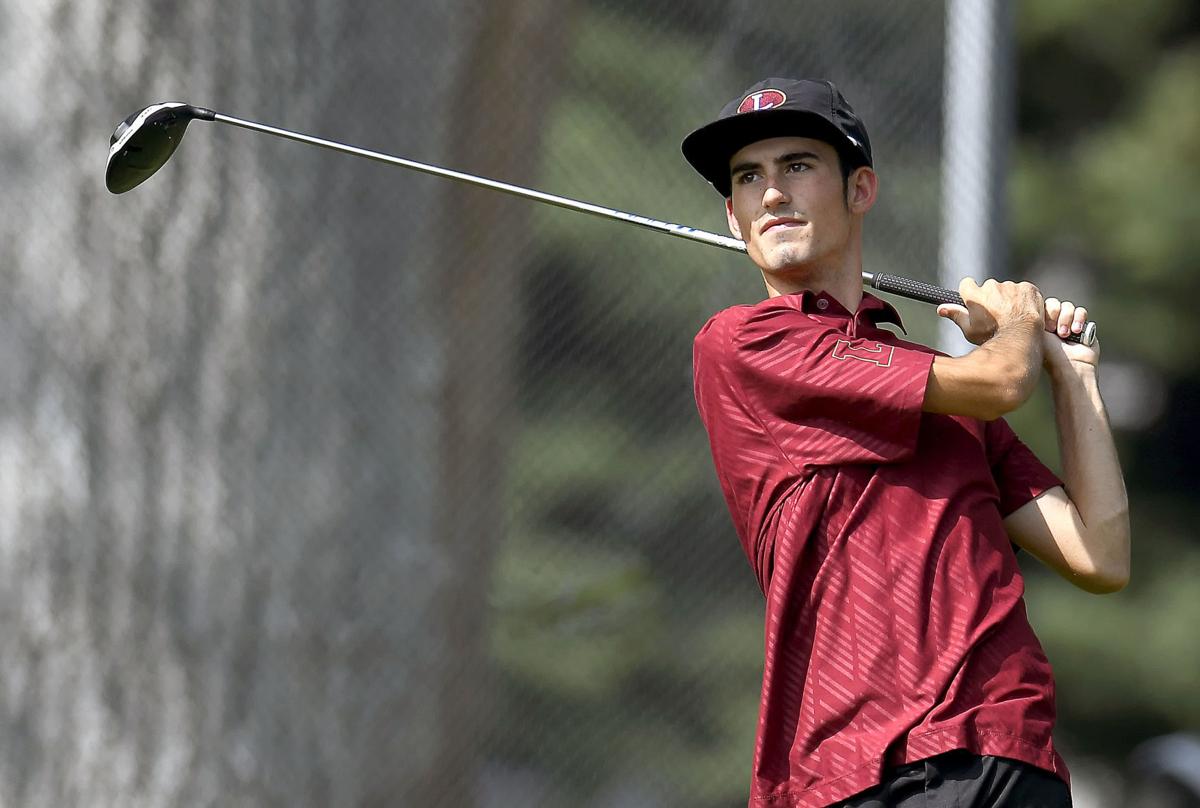 Sky View's Hayden Howell hits the ball on the second hole at at Birch Creek Golf Course on Monday.

SMITHFIELD — Just when Ridgeline was getting a firm hold on first place in Region 11 boys golf, the Bears clawed back a little Monday at Birch Creek Golf Course.

Bear River had three players shoot in the 70’s and was able to finish ahead of the Riverhawks. Perhaps the next few weeks will provide some more drama.

With the help of three players finishing among the top three, the Bears edged the Riverhawks, 305 to 307.

“It’s going to be close with the matches we have coming up,” said Bear River senior Dylan Christensen, who was the medalist with a 2-under-par 70. “We will see how it goes. We all played pretty good today. It was a lot of fun.”

Christensen was joined by teammates Jarret Giles and Ryker Bennett, who tied for third at 3-over-par 75. Bennett aced No. 7, and Christensen witnessed it.

“I was on the eighth tee and watched that,” Christensen said. “It hit the pin, and I was like, ‘what just happened?’”

The medalist from Bear River also had a hole to remember on the par-5 first. He recorded an eagle on that hole, to go along with four birdies in his round.

“The putter and driver were working, so it was a pretty good combo today,” Christensen said. “... The eagle definitely boosted my confidence up and I played pretty good.”

Ridgeline had four players among the top 11. Sophomore Zach Skinner led the Riverhawks with a 2-over-par 74, good enough for second individually.

“I made more birdies than last week, so that was good,” said Skinner, who had five birdies on the day. “I hit it well off the tee today and putted well. I hit a lot of greens in regulation and gave myself looks at birdie with my wedges.”

Just a stroke behind Skinner was Beckham Johansen as he tied with the two aforementioned Bears with a 75. Isaac Petersen overcame a few rough spots to take ninth at 78, while Kadeyn Miller tied for 11th with an 80.

“We will do better at the (Logan Golf & Country) Club, because that is our home course,” Skinner said. “We also didn’t have two of our better players here today. ... Bear River played really well today. We need to take advantage of the last couple of weeks.”

Green Canyon was led by Oliver Adams, who carded a 76 and tied for sixth. Abe Olson tied for 11th with an 80.

Host Sky View was led by Braden Alder with a 76, tying for sixth.