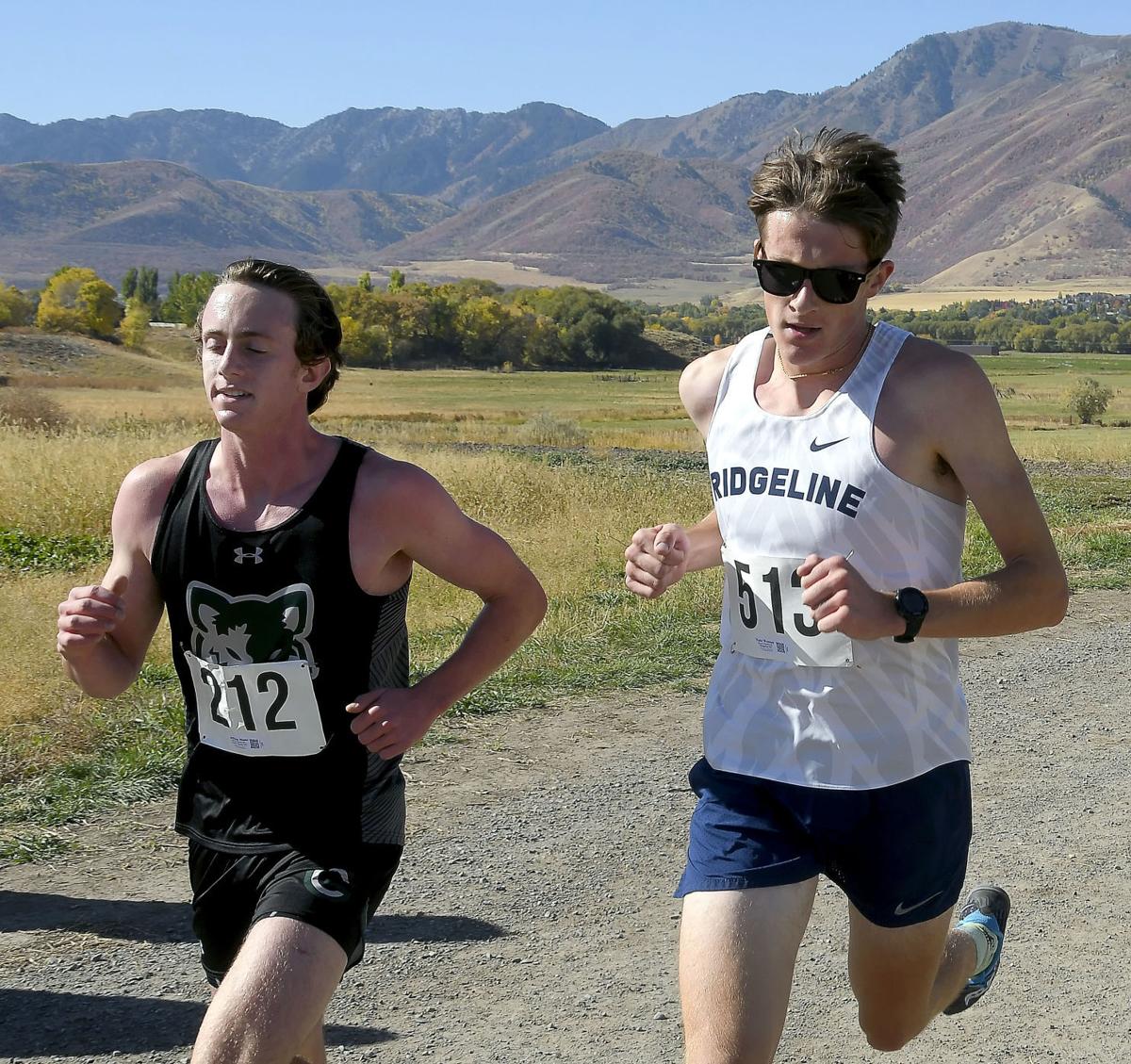 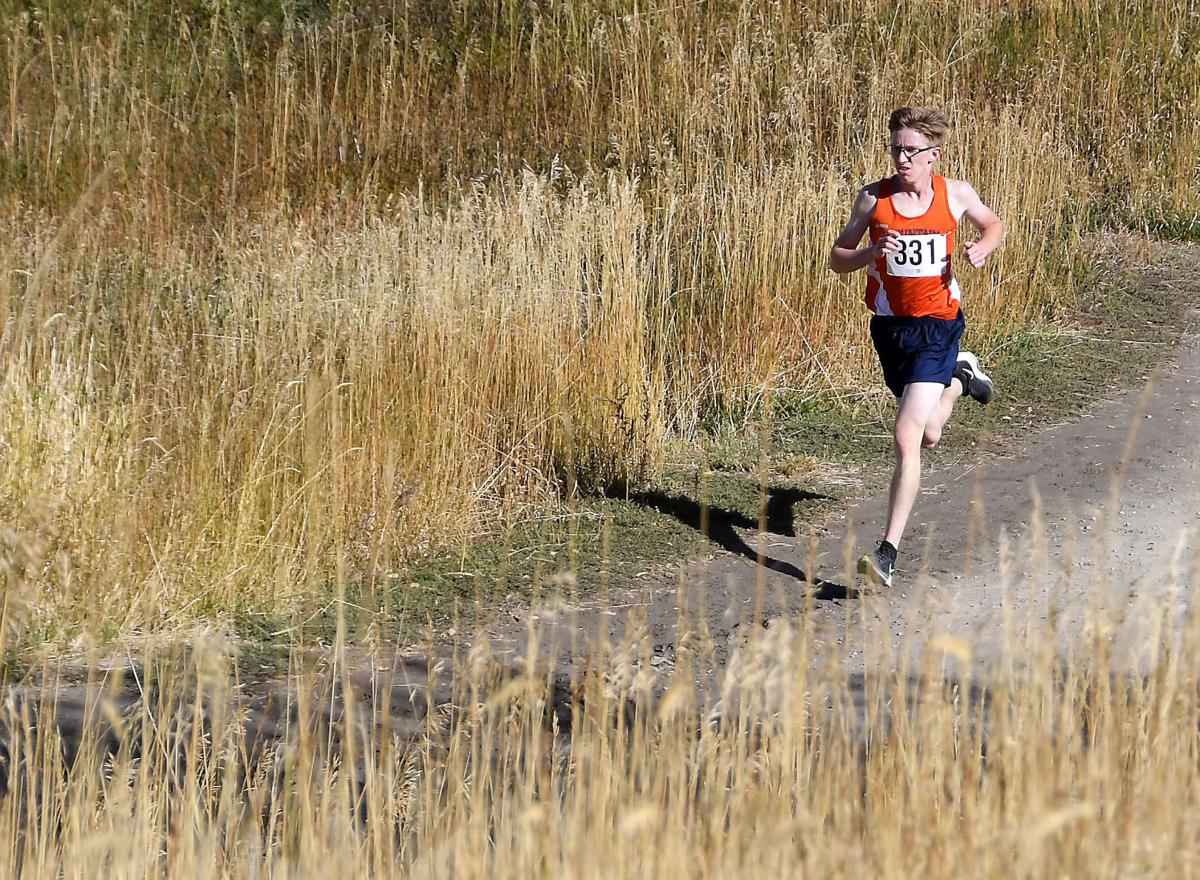 WELLSVILLE — There is a new champion in boys cross country.

For the first time in at least seven years, the region title will be leaving the valley. Bear River captured the first-place trophy with a solid outing Tuesday morning at the Region 11 championship held at the American West Heritage Center.

“The boys have worked really hard for this,” Bears head coach Dan Line said. “I’m really proud of them.”

Bear River came in favored, but Ridgeline put up a good fight. In fact, midway through the 5K race it looked like the Riverhawks may just make it five straight region titles. However, the Bears had something to say about that.

“This is a special moment because it has been our goal since day one,” said the Bears’ Peter Nielsen, who was the top individual finisher in 16 minutes, 18.5 seconds. “We were not worried about the time, just placement.”

The top two finishers were from Bear River. The Bears had their five runners that count toward the team score finish among the top 17. Ridgeline’s top five were among the top 18.

“The boys fought hard and were so close,” Ridgeline head coach Mary Kirby said. “Kudos to Bear River. They have a good team and ran well. Our kids ran really well too and we are proud of them and where they finished.”

Bear River finished with 48 points to the Riverhawks’ 58. Rounding out the field were Mountain Crest (81), Green Canyon (81), Logan (111) and Sky View (120). The top five teams punched a ticket to the 4A State Championships to be held next week in Cedar City.

In his final race in the valley as a Mustang, Cameron Swenson set the early pace. The senior went all out, and it paid off. Hoping for a top five finish, Swenson finished third in 16:33.0, just two-and-a-half seconds out of second.

“I’m very excited,” Swenson said. “Today was great. I’ve been working toward today for a long time. I wanted this, and I’m excited with how I ran. ... I was hoping to stick with those first guys, and we ran a very first mile. I think it was about five (minutes) even. We were flying.”

Nielsen entered the race as the favorite and proved why. The senior could never totally shake Swenson or his teammate, Daniel Curtis.

“We wanted a fast first mile to try and break up the race, separate the men from the boys,” Nielsen said. “... He (Swenson) is a solid runner. I was worried for a second and I’m being honest. About halfway, I felt like I had them.”

Swenson lamented falling out of first on an incline and then slipping to second on the next lap at about the same spot.

“Unfortunately, both those Bear River kids passed me about the same spot,” Swenson said. “I tried to stick with them, but I am not known for my strong finishes, but that is okay. Now I’m excited for state.”

As a team, Mountain Crest had one of its better finishes since Ridgeline was created. Braxton Stoker, who finished ninth, gave the Mustangs two runners in the top 10.

“Since I’ve been here, we have done poorly at region for different reasons,” Swenson said. “This year we got what we were looking for and are excited for state.”

Green Canyon’s Branson Sharp and Logan’s Easton Foster were not far of the front-leading trio for more than half of the race. The blistering pace wore on them. Jackson Monz of Green Canyon had a strong finish to take fourth in 16:36.0. Sharp was fifth in 16:39.5.

“I was trying not to go out too fast, but wanted to stay in touch,” Monz said. “They kind of got away from me, but that’s okay. I was trying to use the hills, because that works for me. ... I felt my finish was pretty good. I tried to push it up the last hill pretty hard. Our goal was to make it to state. Our team has moved up since the start of the year.”

Isaiah Crookston was the top Sky View finisher in eighth. Stratford Needham ended up being the top Logan finisher in 10th

In the JV race, Bear River’s Matthew Spotten edged a teammate to win in 17:47.1. The Bears also won the team title with 24 points as Ridgeline finished second at 48.