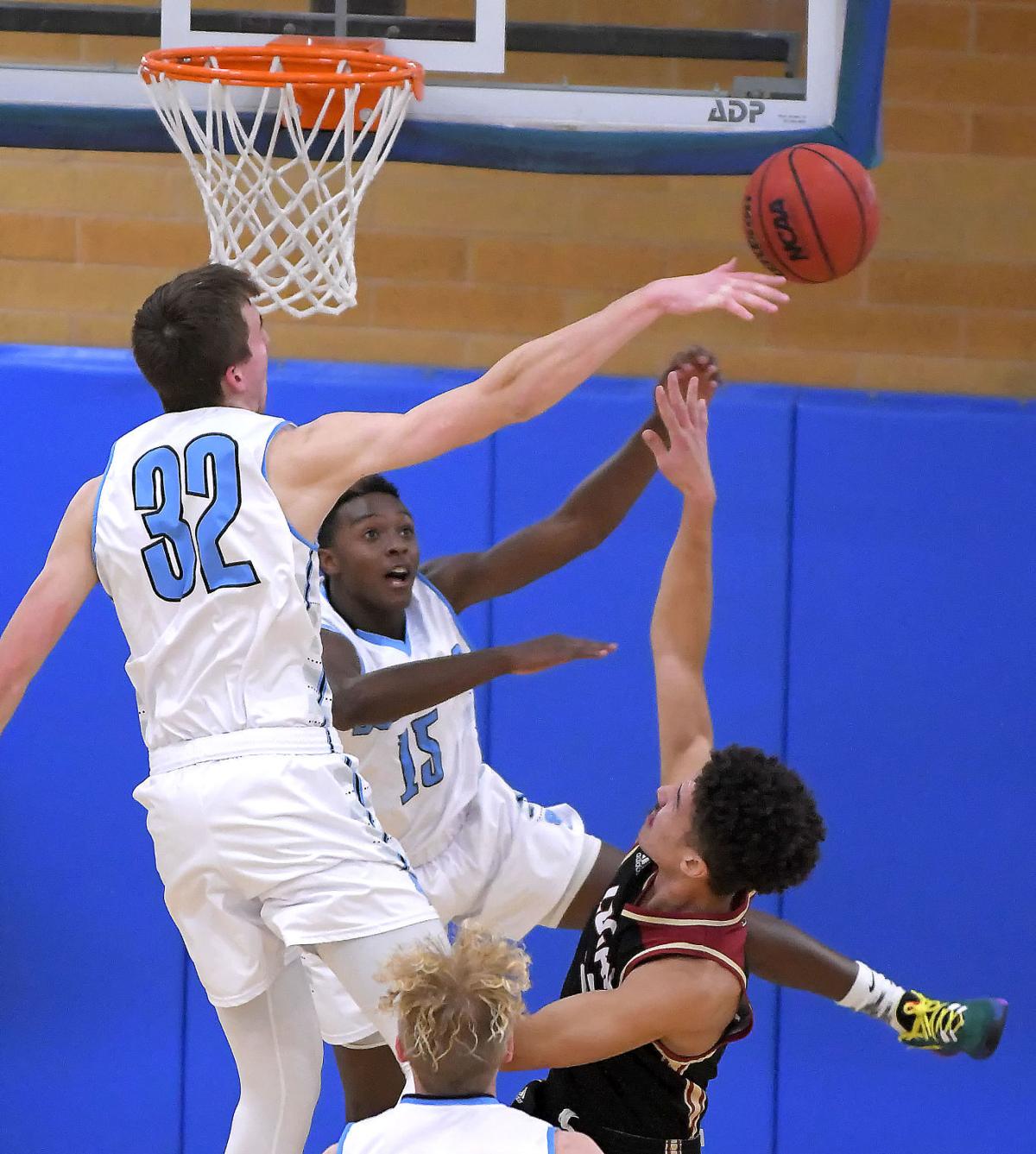 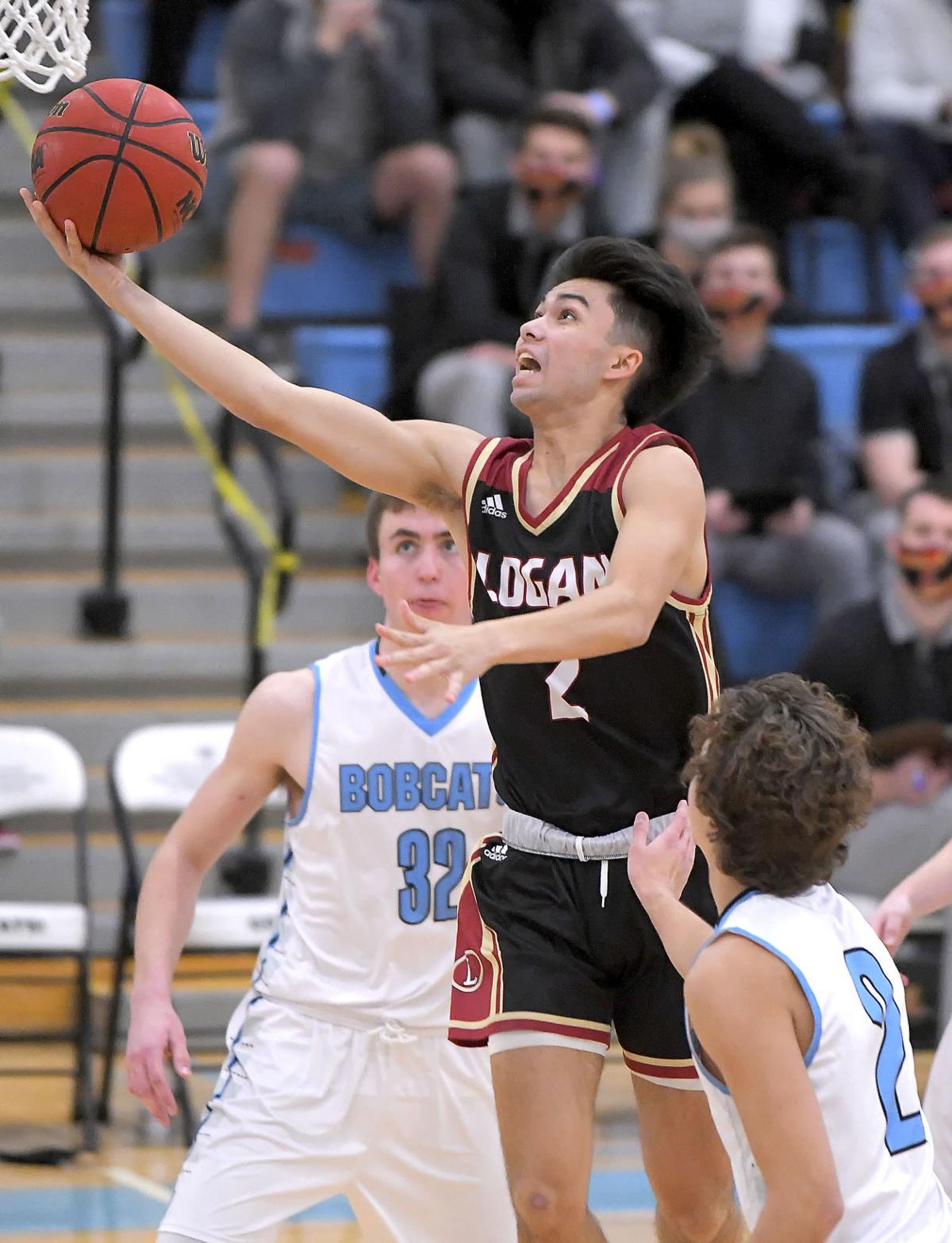 SMITHFIELD — It took a while for the Bobcats to get comfortable with the Grizzlies’ swarming full-court press, but once they did they were able to slam the door in a Region 11 boys basketball game.

Sky View outscored Logan 20-6 in the third quarter to turn a 39-33 lead into a commanding 59-39 advantage, and coasted to a 70-60 victory over the Grizzlies on Wednesday night.

“It felt pretty good,” Howell said. “We knocked down some open shots and we just kind of got going (in that third quarter).”

The Bobcats (9-3, 2-0 region) went on a 13-2 run to begin the second half to essentially terminate any chance of a Grizzly comeback. Howell scored nine points during that spurt.

“The kids are just playing hard,” said SV head coach Kirk Hillyard, whose team extended its winning streak to three. “They’re playing in four-minute stints and they’re just getting after it, and we rotate guys, which allows different guys to step up each night. And I’m just proud of them. It was just a good, gutty team win tonight for us.”

It was another balanced offensive effort for Sky View, which led by as many as 23 points (64-41) in the fourth quarter. Nine different Bobcats scored and five of them finished with seven or more points. This is the ninth time in 12 games Sky View has racked up at least 60 points and the sixth time it has surpassed the 70-point barrier.

“Our defense starts our offense and so once our defense kicks in, our offense just comes naturally and we just start scoring the ball really well as a team,” Howell said.

To the their credit, the Grizzlies (9-3, 1-1) continued to play hard until the final whistle. In fact, Logan went on a 10-0 surge to pare its deficit to 65-54 with about two minutes remaining in the contest. The visitors, who also scored the final five points of the game, forced a slew of turnovers during that stretch.

"Sky View did a good job of using their size," LHS head coach Logan Brown said. "There is no excuse for the lack of fight we displayed at the start of the second half. A positive was we never quit in the fourth quarter. We will learn from this."

It was a very competitive opening half as the Grizzlies never led, but also never trailed by more than nine points. Titan Saxton buried a 3-ball with five seconds remaining in the first quarter to give the hosts a 17-13 lead.

Logan got as close as 37-33 late in the second quarter before Evan Hall scored for Sky View in the waning seconds. Hall also had an and-one opportunity about a minute earlier.

Caden Penrose shined in the second half for the Bobcats as he netted 13 of his 15 points. Jackson Schumann chipped in with nine points and three blocks for Sky View, which got nine points from Saxton and seven from Isaac Larsen. Saxton and Larsen teamed up to score all 16 points off the bench for the Bobcats in the opening half.

“We have a lot of different guys that can come in and help us, and we have 10 dudes now that we’re playing a little bit here and there,” Hillyard said. “Evan’s been out with an ankle (injury). I told him we were only going to use him for a couple minutes tonight and test (the ankle). It was kind of a timely insert there with two minutes to go at the end of the first half and he had a couple of buckets. And he’s just a hard kid to guard, and Logan doesn’t have a real big guy.”

Oliver Hashimoto went 7 for 7 from the free throw line on his way to a team-high 17 points for the Grizzlies, who had their three-game winning streak snapped. Jadin Penigar added 15 points for Logan, which got 10 points off the bench from William Jensen — all in the first half.