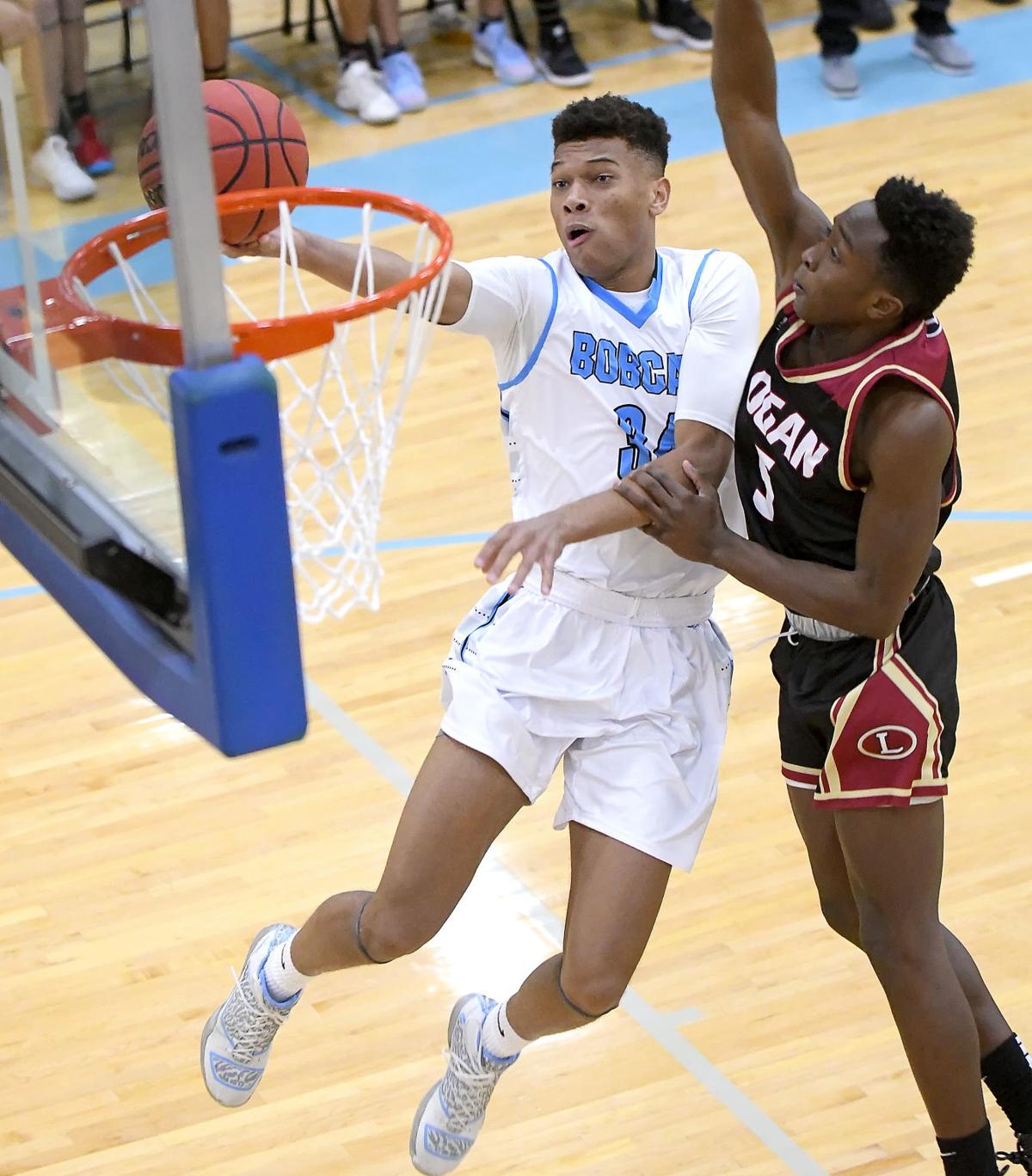 Sky View’s Sam Phipps drives to the basket as Logan’s Isaac Larsen defends on Wednesday in Smithfield. To view more photos from the game, go to hjnews.com. 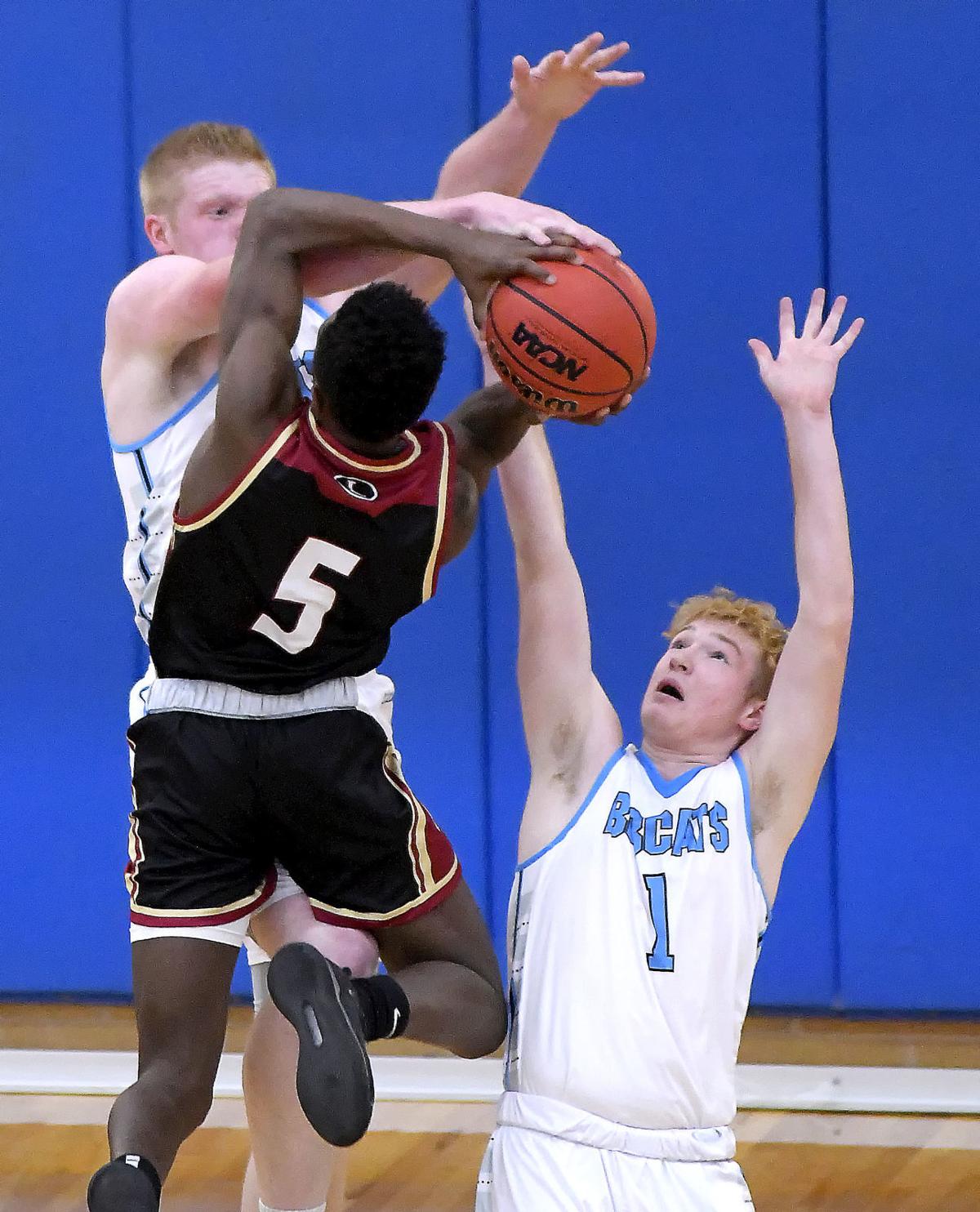 Sky View’s Sam Phipps drives to the basket as Logan’s Isaac Larsen defends on Wednesday in Smithfield. To view more photos from the game, go to hjnews.com.

SMITHFIELD — Midway through the third quarter it was clear that this just wasn’t Logan’s night.

Sky View guard Caden Penrose dribbled down the court, gathered himself at the top of the 3-point line and then sent a player to the floor with a crossover. The student section was one big play from erupting. The next trip down the court for the Grizzlies ended in a steal, and Sky View took off toward the basket. One pass unleashed forward Sam Phipps on a breakaway, and he finished at the rim with a two-handed dunk. The crowd broke into a roar.

“That was a great series; it’s fun to make plays like that,” Penrose said. “Our student section was great, they get us so hyped up, but we just love making plays like that, hustle plays.”

At this point in the game, Sky View had just stretched its lead to 41-14 and did so with its most effective player on the bench for most of the third quarter. Ultimately, the Bobcats picked up a 61-27 Region 11 win against the Grizzlies on Wednesday night. The blowout was in large part due to Sky View (11-2, 2-0 region) limiting Logan (5-9, 1-1) to just two points in the third quarter.

The first five minutes was Sky View’s chance to showcase its athleticism and superior talent. The Bobcats got out to an 8-0 run to start the game, prompting Logan head coach Logan Brown to call a timeout to settle his group. Almost immediately out of the break, guard Ethan Davis hit a three for the Grizzlies, and it started to change the tides. Logan got back into its press and trap concepts, using its one advantage: aggression.

But the aggression was met with superb chemistry, and the Bobcats were able to pass their way down the floor. Sky View didn’t shoot spectacularly on the night, going 27 of 54 from the field, but Logan was dreadful.

The visitors were forced into long shots most of the night because of the amount of room Bobcat center Bracken Schumann took up inside. The Grizzlies never got comfortable and ended the game 3 of 20 from deep and 8 of 38 overall from the field.

Schumann, as alluded to earlier as Sky View’s most effective player, was a complete mismatch in this game. The 6-foot-7 center used his height and physicality to pull down seven rebounds and block four shots. In addition, he had 12 points and was 5 of 6 from the field. However, he ran into foul trouble and hardly played in the second half.

It wasn’t a particularly pretty game for the Bobcats. A couple players joined Schumann in foul trouble and the team shot 4 of 17 from the free-throw line. Most notably, star guard Mason Falslev who was 0 of 7 on the night. Nonetheless, this wasn’t of too much concern to the Bobcat’s head coach.

“He’s a four-year starter, he’s been in just about every situation,” SV head coach Kirk Hillyard said. “The thing about Mason (Falslev) is, he doesn’t care about the points, he cares about the wins.”

Although Falslev didn’t contribute with the most points, he was far from ineffective in the game. The senior guard was key in the Bobcats defensive plan, coming up with four steals and made moving the ball difficult for Logan most of the night. On the other side of the ball, he chipped in with 10 points and five assists and made some of the more impressive passes of the game. Without having a dominant night scoring, Falslev still led his team with a 32 plus-minus and was noticeable whenever he was on the court.

Penrose, instead, was Sky View’s leading scorer with 13 points, one of three players to hit double-digits. To him, the biggest factor in his, and the team’s success, was the defense.

“Yeah we put a large focus on our defense this year and I think when we hustle and get some stops that gets us going, gets our offense going,” Penrose said. “I’d like to think that when we play hard we get our shots falling more and I thought that’s what happened tonight.”

Davis led the Grizzlies with 9 points.

Kaden Cox converted on an and-one play with 11.7 seconds remaining to help propel Ridgeline (9-5, 2-0) to a huge road victory over defending 4A runner-up Bear River (9-5, 0-2). The Riverhawks, winners of nine of their last 10 games, blocked a pair of shots at the rim in the waning seconds to secure the win.

Cox netted a team-high 16 points for Ridgeline, which got 15 points from Peyton Knowles and 13 from Jacob Salvesen. Mark Huber poured in a game-best 24 points for the Bears, who got 11 points from Logan Litchford and 10 apiece from Ren Fonnesbeck and Jace Jacobsen.

“It is always tough to get a win at Bear River,” RHS head coach Kyle Day said. “Huber and Fonnesbeck were relentless (for the Bears). ... Winning on the road in this region is really tough, so to go get a win at their place was huge. Now we have another huge road game on Friday. There is no rest in this region.”

“I was really happy with our response after a very disappointing performance (last) Friday,” GC head coach Dan McClure said. “We were very active defensively and were able to create some turnovers that allowed us to get out and run. Carter Maughan was outstanding on both ends of the floor.”

Tanner Bone and Nick LeFevre teamed up for 21 points for the Mustangs, who got nine points from Caleb Archibald.