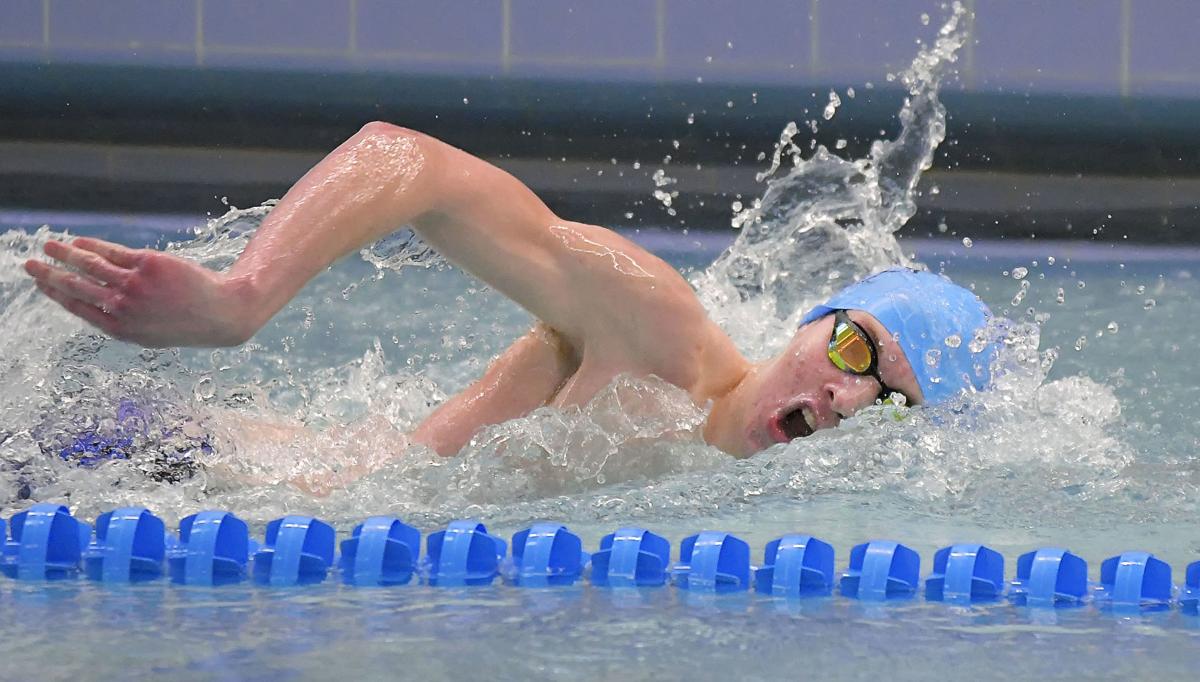 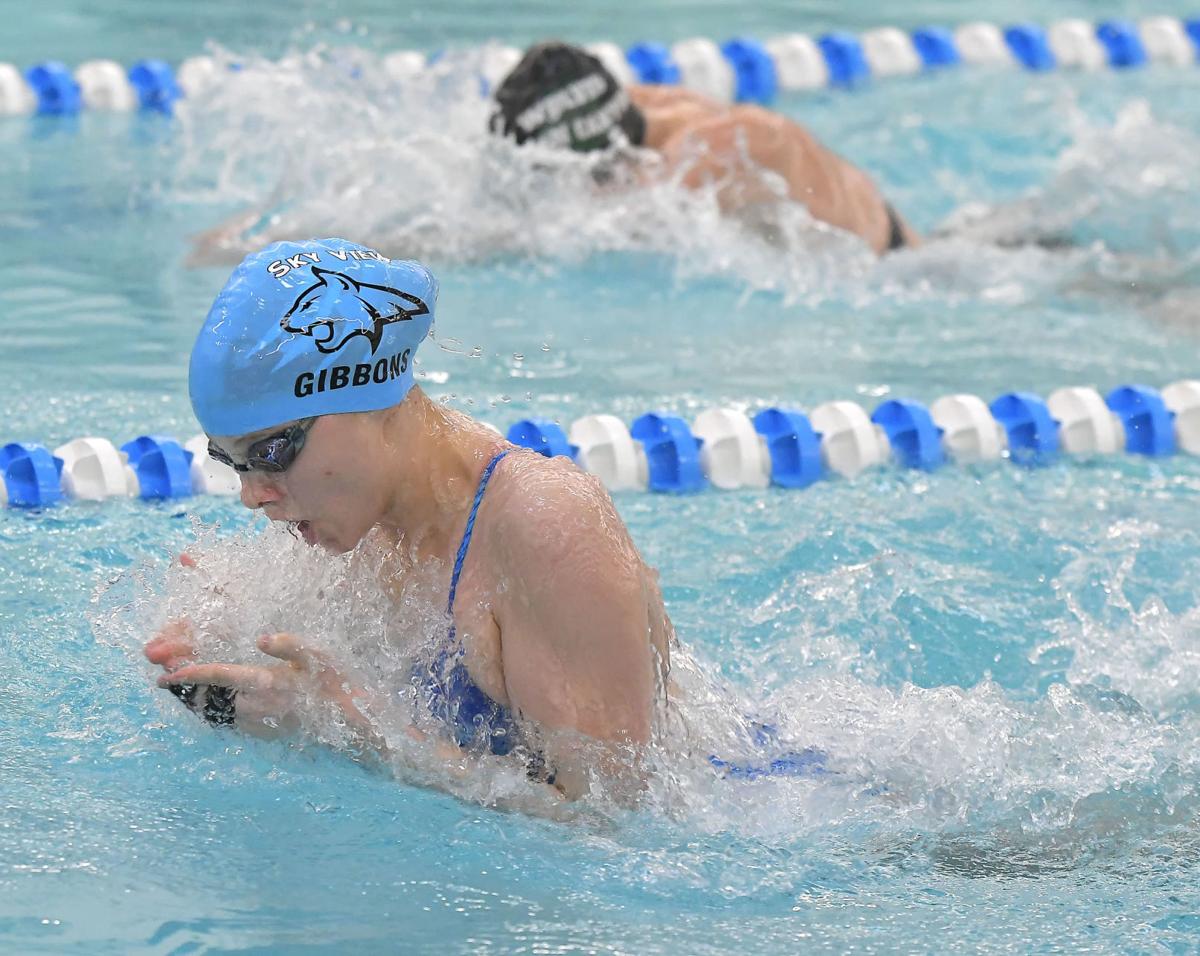 Two of the top girls swimming teams at the 4A level squared off in a Region 11 tri-meet, and to the surprise of nobody it was a nailbiter.

Sky View did just enough to hold off Ridgeline by six points, 86-80, Thursday in Smithfield. It was also a good meet for Green Canyon, which matched Sky View with four event titles.

The tri-meet was scored like a three-way dual. The Bobcats outpointed the Wolves, 98-71, while the Riverhawks dispatched of the Wolves, 89-77.

The Bobcats ended up securing the sweep as their boys squad won six of the 11 races and outpointed the Riverhawks, 95-71, and the Wolves, 104-66. Ridgeline edged Green Canyon, 87-80.

“Coming back from the (holiday) break, we are looking great,” said SV head coach Marcus Singleton, whose boys and girls teams finished second at the 4A State Championships a year ago. “We had many improve and get closer to their end-of-the-season goals. It’s been fun to watch so many of the swimmers achieve and do things they didn’t think were possible. We still have a few weeks until region and the excitement is growing as they see all of their hard work and dedication start to pay off.”

Ridgeline was led by standout sprinters Carly Eubanks and Anthony Caliendo, who captured gold medals in both of their individual swims. Eubanks was the champion in the 100 free (55.20) and the 100 breaststroke — where she showcased her versatility — as was Caliendo in the 50 free (22.46) and 100 free (49.72). Caliendo and Eubanks also anchored a Ridgeline relay team to the top position on the podium.

Joe Tenny was the gold medalist for the Riverhawks in the 100 breast (1:06.87) and also competed on a victorious relay squad.

“I feel like we are starting to do well finally this season,” RHS head coach Taryn McEuen said. “December was a good month for us to get some training underneath us, so now we can begin some strong sprinting. We had some good races today and we still have a lot of work to do. I’m excited to get through more details to continue to get better.”

Leading the way for Green Canyon was Kaylee Coats, who won the 200 free (2:03.90), anchored the 200 medley relay and 400 free relay teams to titles and nearly upset Eubanks in the 100 free. Coats clocked in at 55.60, which was a new school record and just .40 behind arguably the best sprinter in 4A.

Abbey Erickson, Mia Huebner and Rylie Corry rounded out both first place relay foursomes for the Lady Wolves. Corry claimed the title in the 50 free (26.79), to boot.

The Grizzlies traveled to Garland and earned a split with the Bears. Logan prevailed on the girls side, 77-69, while Bear River won the boys competition by a 102-48 tally.

The Lady Grizzlies finished first or second in all 11 events, plus swept the top four positions in the 100 free. Logan was led by Zsofia Ugray, who bested her competition in the 200 free (2:20.93) and 400 free (5:01), plus anchored the 400 free relay team to victory. Other members of that triumphant foursome were Chessy Xu, Ellise Watkins and Malacha Leonard.

All of the times in this story were converted from meters to yards.

“This week we had a lot of great races and some not so great,” LHS head coach Korryn Bernhardt said. “Coming out of the winter break and getting back into a meet schedule can be tricky. My swimmers have worked hard at keeping up with their conditioning over the break, and now we need to work on the small things like technique and stroke tempo. I think the more chances we have to race, the better my swimmers will perform. I’m happy to have a full schedule this month and I can’t wait to see what they can do going into the region meet at the end of the month.”