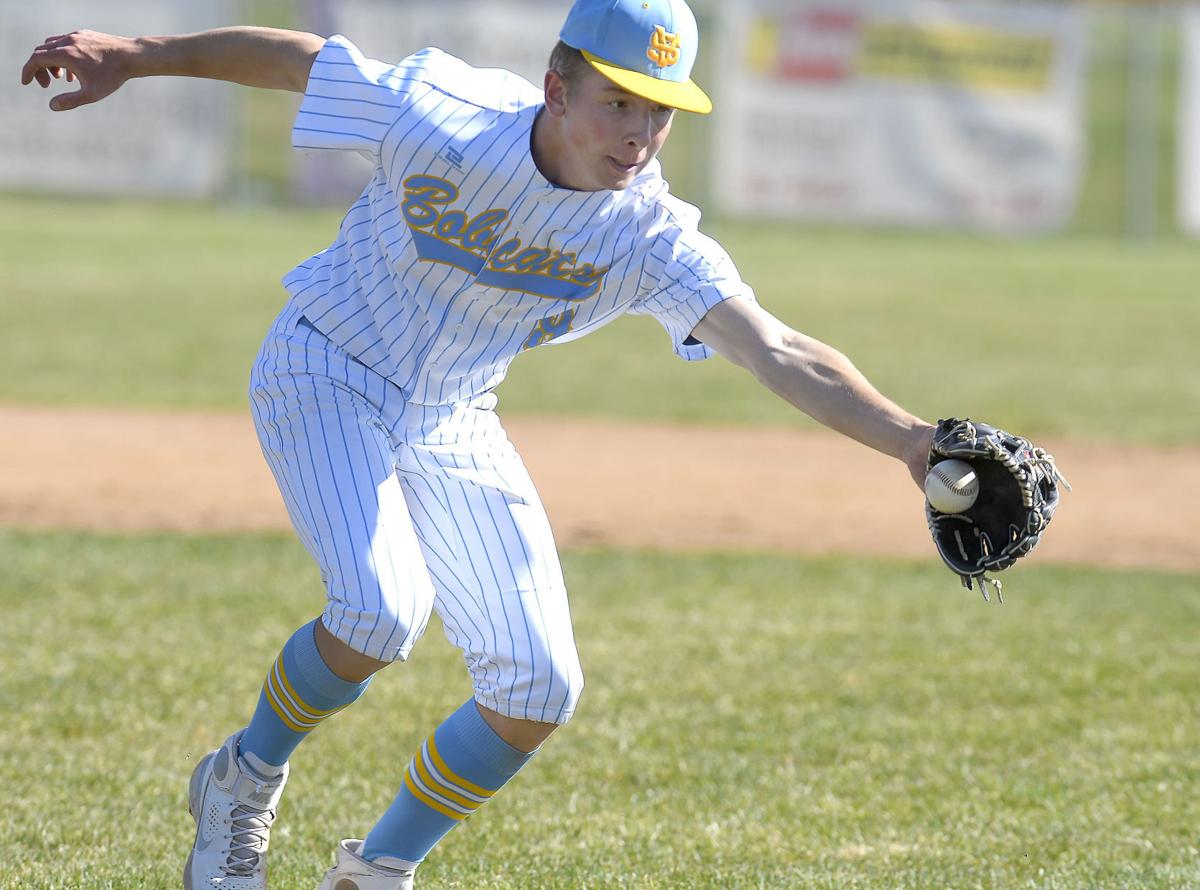 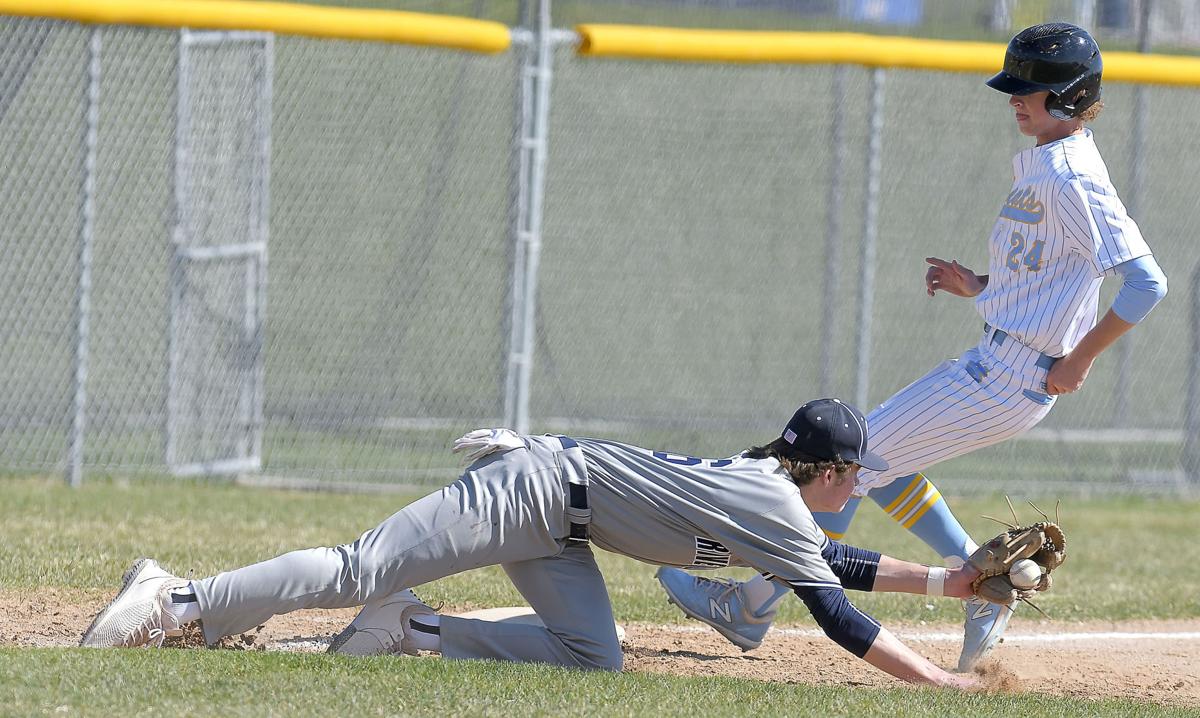 SMITHFIELD — Stetsen Karren is happy to be back on the mound for the Bobcats.

Sky View certainly feels the same way after Wednesday’s outing against region-leading Ridgeline. Karren went the distance for the first time this season, and got full support from his teammates in a big win against the Riverhawks to even the series between the two. The Bobcats never trailed in snapping Ridgeline’s seven-game winning streak with a 4-1 Region 11 victory.

“It’s good to see Stetsen have a game like this,” SV head coach Todd Phillips said. “He was going to be one of our top pitchers, but got injured the week of tryouts. To see his good stuff today, was good to see. It was awesome.”

The Bobcats (6-13, 4-7 region) got timely hits, escaped several jams and did not commit an error in the win.

“We’ve been able to have a game like this a couple of times in a series,” Phillips said. “We put it all together with pitching and timely hitting. ... We are really starting to come together as a team. We are not just relying on one or two guys.”

The same can not be said for the Riverhawks (14-6, 9-2). They never really got going a day after blanking Sky View, 6-0. The series finale will be Friday at Millville.

“We had no energy,” Ridgeline head coach Paul Bowler said. “Every game is important. You can’t treat them like it’s just another game. Thankfully, we have a little bit of a cushion in region, but if we play like we did today, we’re not going to get very far. We need to play with more energy and have better at-bats.”

Karren has been slowly working his way back after an automobile accident at the beginning of the baseball season that “tweaked” his back. He called himself “about 100 percent” on Wednesday.

“This was a big one for me because it was my first complete game this season,” Karren said. “I feel I’m getting back to normal.”

The junior enticed the Riverhawks to swing early in the count, and the defense was solid behind him. Over the first three innings, Karren needed just 25 pitches as he sat the Riverhawks down in order with mostly fly outs to the outfield.

Meanwhile Sky View platted a run in the second and another in the third playing small ball to take a 2-0 lead. Walks came back to haunt the Bobcats in both instances. Sky View scored on a double steal and then got a sacrifice fly from Cole Lundahl.

“We did a lot of the little things to move the runner and score some runs,” Phillips said. “... We talked before the game that we left opportunities out there yesterday. Today, we thought we are good enough to beat anybody. Now we need to take the next step.”

Jaxen Hollingsworth broke up the no-hit bid by Karren with the first Ridgeline hit with one out in the fourth. The Riverhawks would score their only run on an RBI single by Kole Jenson. There may have been more damage done, but after walking the lead off batter, Karren picked him off at first.

“We didn’t put any pressure on him (Karren) at all,” Bowler said. “He threw a good game. We helped him out by swinging at some bad pitches. ... We were just flat today.”

Sky View tacked on insurance runs in the fourth and fifth. With the bases loaded, Cole Watterson sent a rocket of a grounder that glanced off the Ridgeline shortstop. The Bobcats left the bags juiced in the fourth.

In the fifth, Alex Carling had an RBI single up the middle to score Lundahl. Karren had laid down a good sacrifice bunt to move Lundahl into scoring position.

Davis Fuller led off the top of the seventh with a double for Ridgeline — the only extra-base hit of the game for either team. Karren then hit Carter Gill, who stole second to put two runners in scoring position with no outs. After a fly out, Karren picked up his first and only strikeout of the game. The final out came on a fly ball to right.

“That strikeout was a big moment for the whole team,” Karren said. “If I don’t strike him out and he hits, that scores at least one. ... This is a big momentum booster for us. Ridgeline is good. They swept Mountain Crest. We just need to keep going and make the key plays.”

In other region action Wednesday, Mountain Crest made it two straight against Logan, 10-4, as did Bear River in a 6-2 win against Green Canyon. In Idaho, Pocatello blasted Preston in district action, 16-1, in five innings. In the lone softball game of the day, West Side fell to Soda Springs, 11-3.

Nathan Rowley and Preston Jones each had three hits for Mountain Crest, who had 10 base knocks as a team. Jones also had four RBIs and a double. Dax Roundy had two runs, including a double. Welch struck out nine, walked one and hit another Grizzly batter.

Logan had nine hits as Kellen Roper had three and three RBIs. Jack Fjeldsted and Alex Davies each had two hits. The Grizzlies used three pitchers in the game, who combined to walk five.

Seven Green Canyon players recorded a hit as Nick Bouck had two and a RBI. Eight Bear River players reached base safely with a hit, and Marcus Callister had two base knocks, scored a run and had an RBI. Ashton Harrow got the win on the mound with five strikeouts and did not issue a walk.

At Preston, Pocatello scored four runs in the first, second, third and fifth innings as the visitors had 18 hits for the game. Preston scored its lone run in the fifth and had six hits. Tate Greene had three of those hits, while Justin Inglet had a double and Emery Thorsen a triple.

In softball at Soda Springs, The Pirates jumped out to a 3-0 lead, but that didn’t last long against the Cardinals. Brinley Tripp had two hits and scored a run, while Sara Pederson hit a two-run triple for West Side. The Pirates had six hits and five errors.