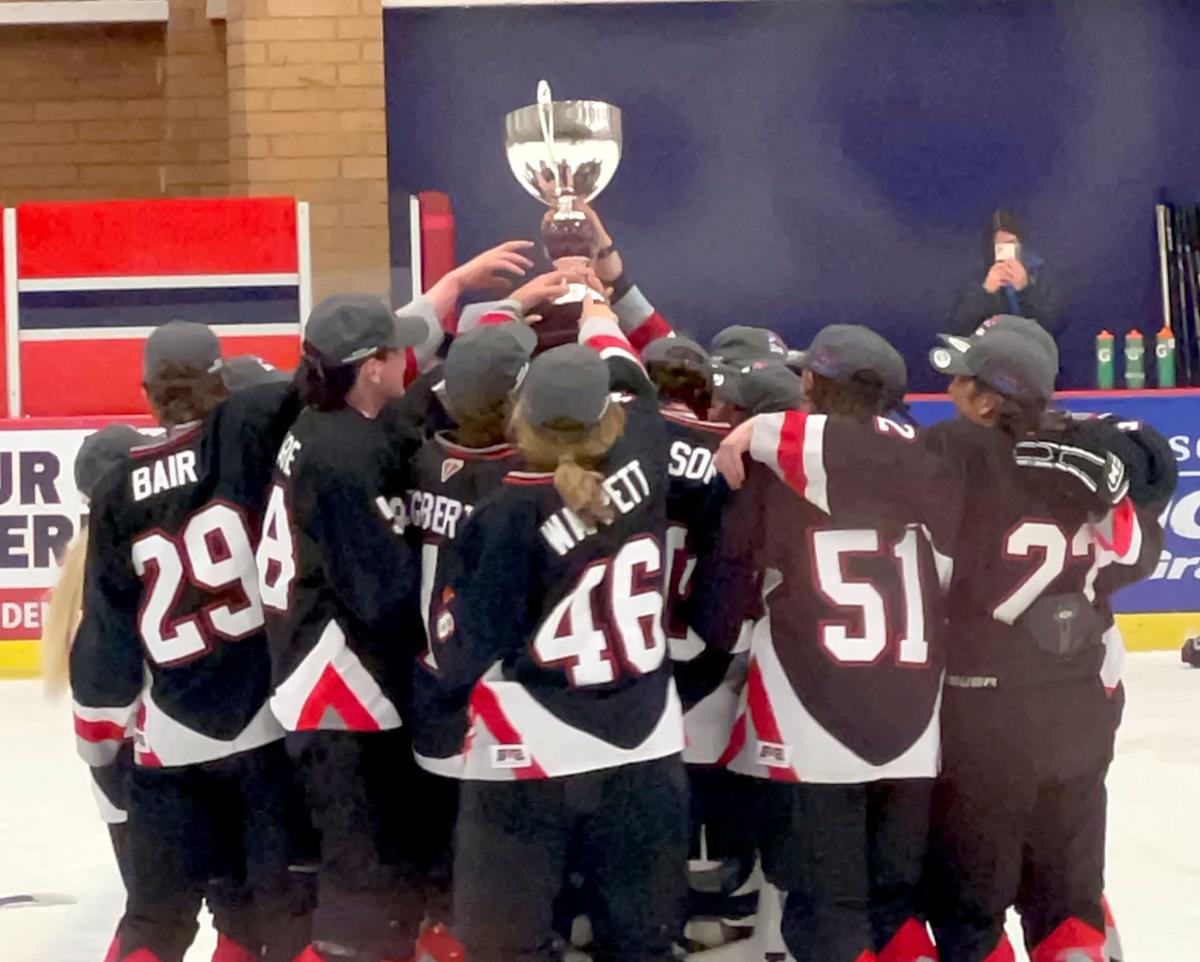 The Cache Valley Wild captured their second state title in the past three years and their fourth in program history. 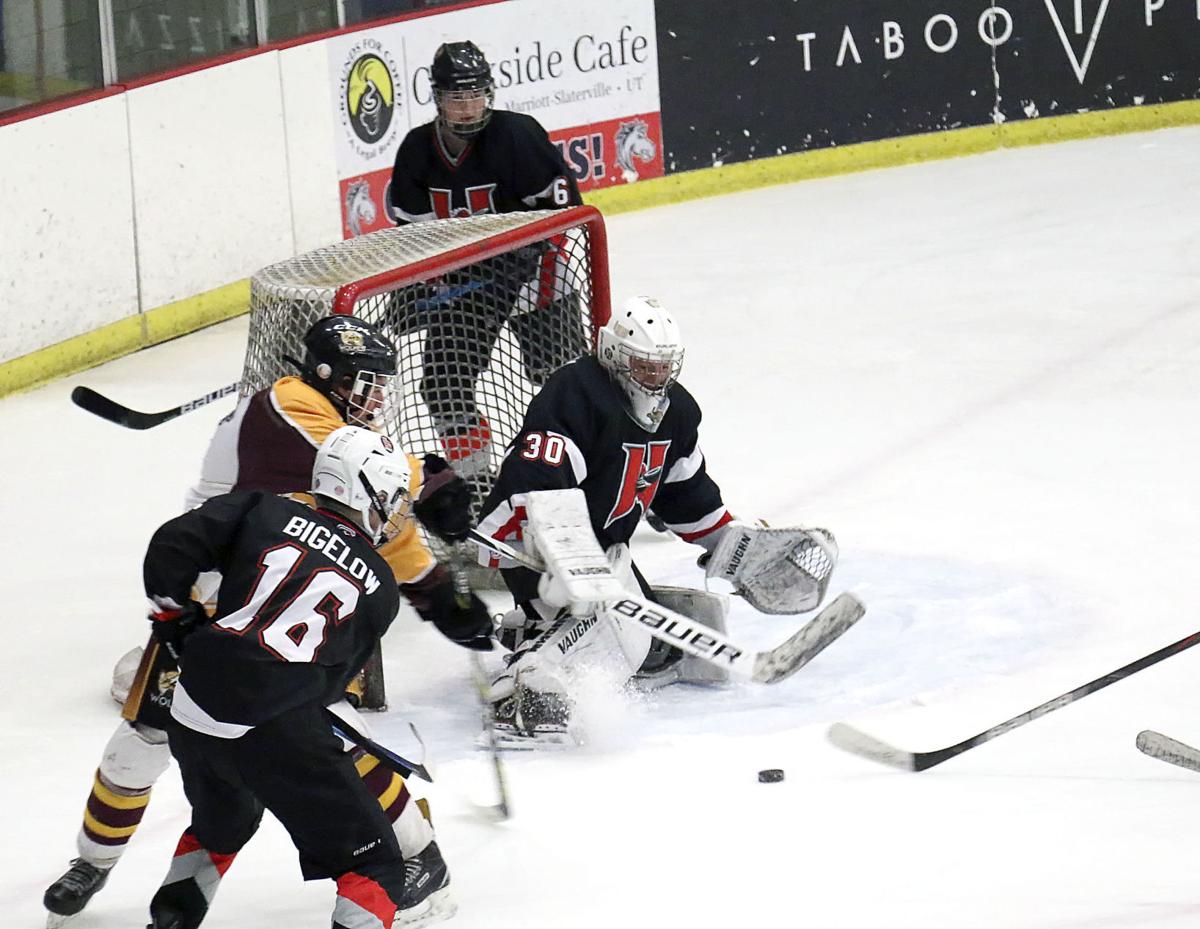 The Cache Valley Wild is a high school club hockey team made up of students from Logan, Mountain Crest and Ridgeline. 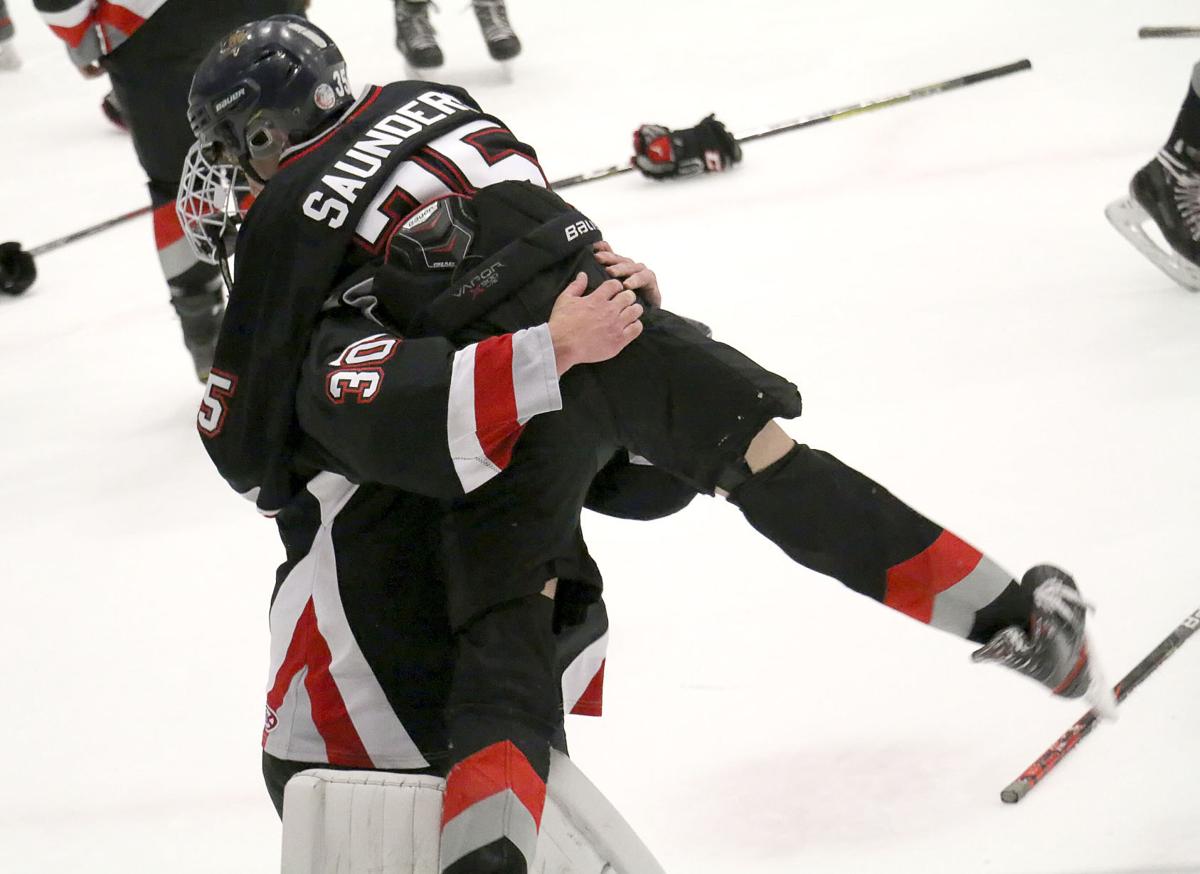 Cache Valley Wild players celebrate during a game this past season.

The Cache Valley Wild captured their second state title in the past three years and their fourth in program history.

The Cache Valley Wild is a high school club hockey team made up of students from Logan, Mountain Crest and Ridgeline.

Cache Valley Wild players celebrate during a game this past season.

They had to play one more game than they were anticipating, but the Cache Valley Wild sure took advantage of their second chance.

The high school hockey team comprised of students from Logan, Mountain Crest and Ridgeline rolled to a 10-1 victory over a squad from Utah County in the Division 2 Independent state title game on March 22, at the Weber Ice Sheet. It was an if-necessary contest because that same UCI-South team edged Cache Valley 6-4 on March 12, to force a true championship game.

“You know, we didn’t play well in that (6-4) game,” Cache Valley head coach Evan Bigelow said. “We came out a little bit flat I think due to the fact that we had just beat them and were going into the championship knowing that they had to beat us twice. I think the team went in a little bit too confident and they got put in their place in that first game.”

To their credit, the Wild bounced back in a big way and were able to capture their second state title in the past three years and their fourth in program history. Cache Valley lost in the finals to an undefeated Sky Canyon squad a year ago, meaning local programs have returned home with some hardware three consecutive years. Sky Canyon is made up of students from Sky View and Green Canyon.

“It’s quite a big deal,” Bigelow said of the three-year streak. “We went for several years without winning a title, so it speaks to the level of talent that is coming up through our youth leagues and the dedication that people have put into hockey in the valley.”

Ironically enough, Cache Valley also defeated UCI-South in the if-necessary game at the D2 state tournament two years ago. Like that squad, the 2020-21 team went 4-1 at the tourney. The Wild blew out Northern Utah Independent 10-2 in their opener, and then battled to hard-fought victories over Weber (7-6) and UCI-South (9-8) to advance to the championship game.

There was no drama in the Wild’s third showdown with the Lonewolves during the playoffs as Cache Valley never trailed. The Wild led 2-0 after the first period and took a 6-1 advantage into the third and final period.

What was the difference this time around?

“Our goalie and three of our skaters had gone away to a tournament and we were not sure that they were going to make it back in time for the final game,” Bigelow said. “And so when those kids showed up at the final game, that kind of gave the rest of our team a boost to have those boys back.”

The Lonewolves had no answer for Cache Valley forwards Carter Saunders and Tristan Bishop, who both recorded hat tricks and teamed up for seven goals in the championship game.

“I’m very proud of those kids for stepping up and taking it to them the whole game,” Bigelow said. “We played such a good game.”

Bishop, Saunders and Braxton Stoker gave the Wild a potent a 1-2-3 scoring punch this past season. Bishop narrowly led the way with 45 goals for the Wild, who went 17-3-2 and had a 13-game unbeaten streak at one time.

Bishop also chipped in with 30 assists. Saunders contributed with 42 goals and a team-high 37 assists, while Stoker added 28 goals and 33 assists.

As much as those two players shined, it was a balanced offensive attack for the Wild, who got 19 goals and 27 assists from Jace Saunders, 10-plus goals and assists from Luke Wolford and Chase Bigelow, and double-digit assists from Jaxon McCabe and Izzy Wappett.

Cache Valley averaged 9.25 goals per game during the regular season and only conceded 3.43 an outing. The Wild were led defensively by McCabe, Wappett, Brighton Wallin and Jonathan Bair, who were instrumental in the team recording three shutouts during the 2020-21 campaign and limiting six other opponents to one or two goals.

Additionally, Nate Nelson and Garrison Day were rock solid in goal for the Wild, plus Brendan D’Andrea provided some valuable minutes. Nelson led the way with 268 saves, and all three goalies finished with a save percentage of .808 or better.

“Well, I would say that our goaltending was a huge contributor (to our success) this season,” said coach Bigelow, who is assisted by Brandon Wallin and Nate Cabrera. “... And we were putting pucks in the net this year. Our forwards were doing their job and our defense was protecting our goalie, so that (made us a dangerous team). You know, you only win games by putting pucks in the net and we were sufficient at doing that this season.”

The season was extended by nearly an entire month to account for challenges associated with COVID-19, but ultimately everything worked out — something coach Bigelow is very grateful about

“I’m also the trustee for the Cache Valley Wild, so I’m involved in all of the board meetings and there was a lot of discussion over the summer whether we were going to have a season or not,” coach Bigelow said. “And so we’re very grateful to those rinks that supported us throughout the season and dealt with the difficulties of COVID. Not all of the county rinks were open, so that’s what created most of the problems this season. We played at a lot of the outlying rinks, the ones that were able to support us for hockey.

“We had a lot of home games this season. I think our JV only played three away games this entire season, which is unheard of, but it’s all thanks to the fact that Eccles would allow us to play. We played a lot of games in Provo at the Peaks Ice Arena because they were willing to let us play.”

The Predators moved up to the Division I level this season and took their lumps as they went 4-15, but were very competitive in a lot of their loses. Sky Canyon fell to Uintah and the Salt Lake Storm by scorelines of 3-1 and 2-1 in the playoffs — two of 11 setbacks this season for the Predators by four goals or fewer.

Goalie Isaac Rice made 480 saves and recorded an impressive save percentage of .868 in 17 regular season contests for the Predators.

Sky Canyon and Cache Valley squared off on Sept. 21, in the season opener for both teams, and the Predators edged the Wild, 3-2.