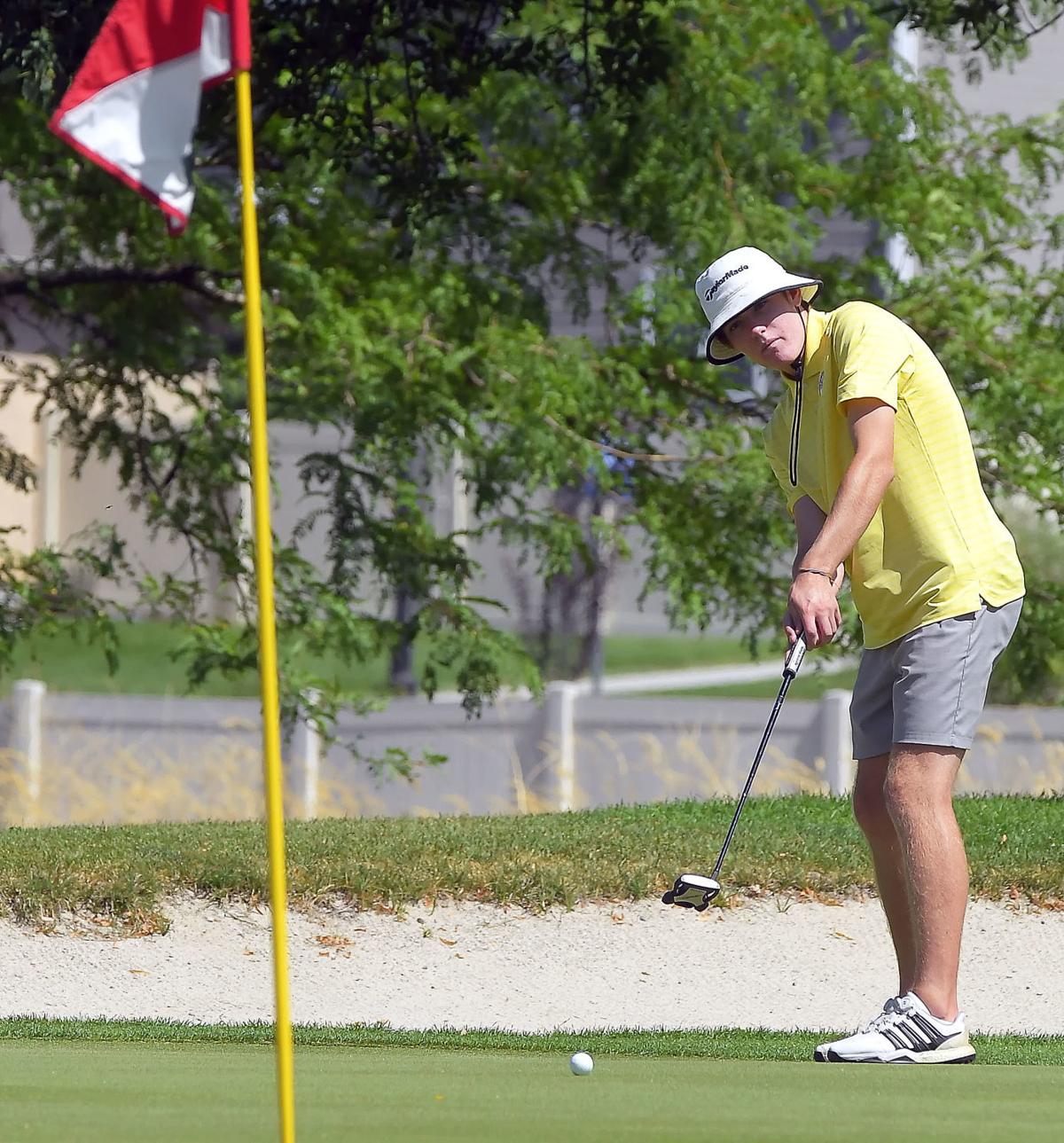 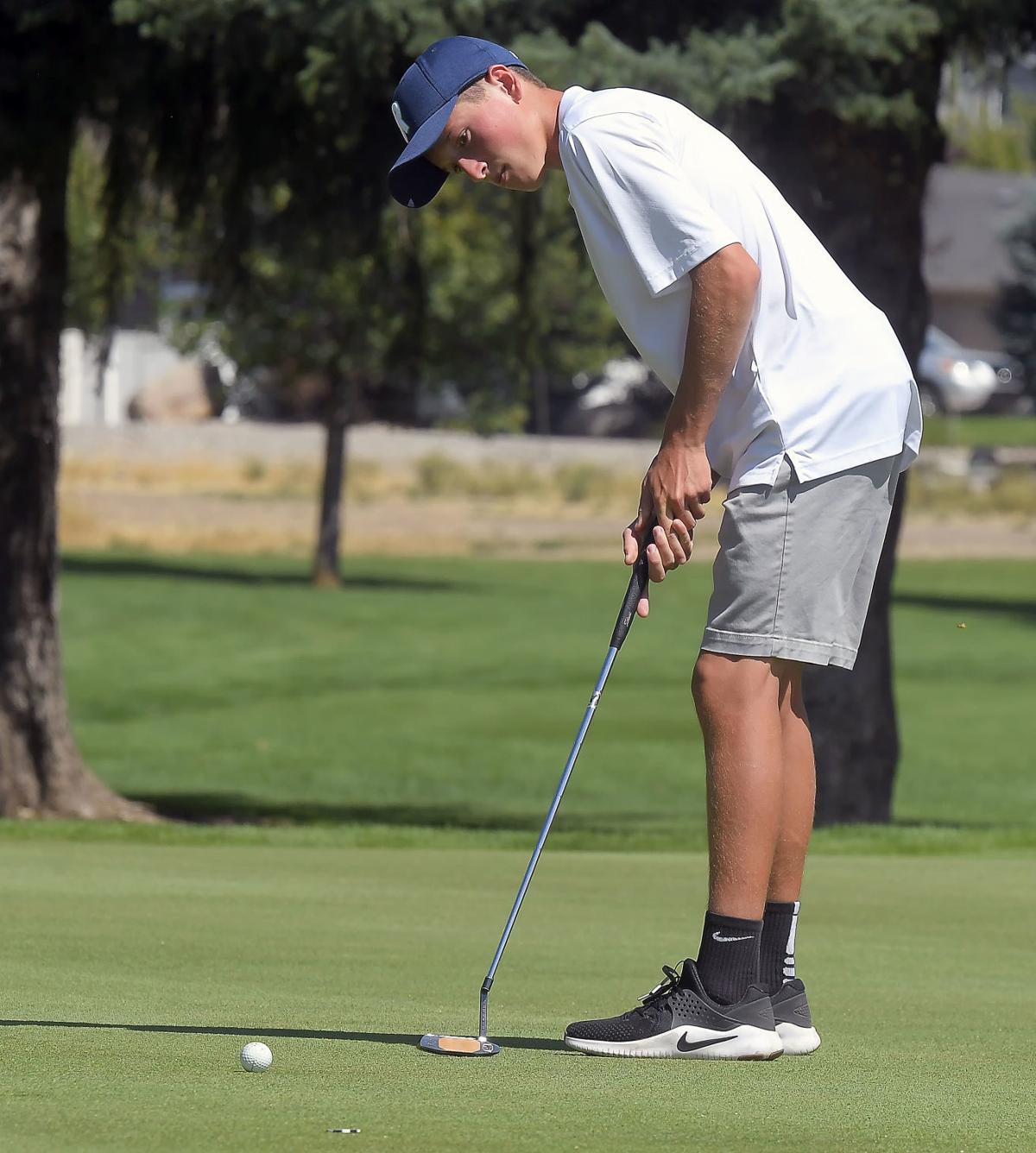 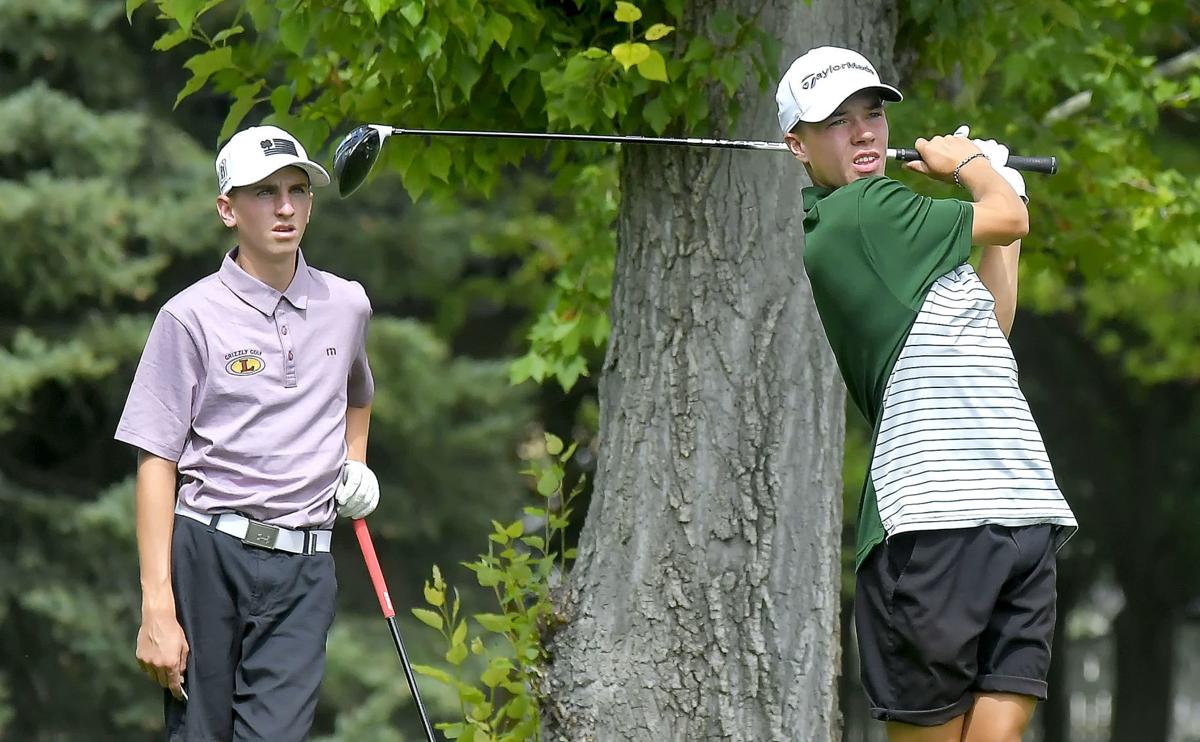 SMITHFIELD — It was more of the same Tuesday afternoon.

Everyone was chasing after Sky View on the golf course. For the third time in Region 11 action, the Bobcats exited with a win in boys prep action.

With Sky View playing on its home course, that certainly didn’t help the competition. Green Canyon was actually the host Tuesday as the Wolves also call Birch Creek Golf Course home, but it was all Bobcats.

Sky View had five individuals finish among the top 10 and rolled to a team victory with a score of 301. The top four golfers count toward the team score.

“The boys played well today,” SV coach Eric Kleven said. “It was a little breezy later on, but the pace of play was good today.”

It was Ryan Seamons’ turn to pace Sky View Tuesday. He and Hayden Kleven seem to be taking turns this fall. The seniors finished 1-2 at Birch Creek. Seamons had the lone under-par score with a 3-under-par 69, while Kleven shot a 1-over-par 73.

“It’s going pretty good so far this season,” Seamons said. “I want to be under par every round, but I’m taking it one match at a time.”

“I had chances on both the first two holes for birdie, so that was nice,” Seamons said. “... I kept the same mind frame, hit fairways, hit greens and give yourself chances. Starting birdie, birdie is always a good start, but I just focused on the next shot.”

“It’s fun to go against Hayden and try to beat him, even though he is on my team,” Seamons said. “It makes for good competition and we push each other.”

Freshman Zach Skinner led the Riverhawks with a score of 76. He tied for third individually with Green Canyon’s Jordan Alder. It was the best finish for Ridgeline as a team this season.

“I think we have better team chemistry and know that we can count on people,” Skinner said. “I was happy with how we played today.”

Beckham Johansen tied for fifth with a 77. Also counting toward the team score for the Riverhawks was Carson Denniston (85) and Jackson Stokes (85).

Skinner shook off starting his round with a bogey on 12. He came close to a birdie on 13, then eagled 18.

Alder led three Wolves in the top 12. Gage Halverson and Abe Olson tied for 12th with 82s. The fourth Wolf to count toward the team score was Oliver Adams with a 85. For Alder, he feels he could have gone lower.

“I was hitting the ball really well, and I had a lot of putts that were just inches off,” Alder said. “It could have been a lot better today. I’m happy with the 76, but definitely not satisfied.”

Getting off to a good start helped Alder as he birdied No. 1 to start his round. The senior had three birdies during his round. His finish was up and down as he had a double bogey on 16, birdied 17 and bogeyed 18.

“That’s always nice to start like that,” Alder said. “... It was kind of a tough finish. Just got to keep grinding and practicing.”

The Wolves have been among the top teams so far in every region outing.

“We are a pretty tough team and hanging in there,” Alder said. “Sky View is really hard to beat. They have two really outstanding golfers. They always come in super low, so it’s hard to beat them.”

Logan continues to remain in the top four. The Grizzlies were led by Anthon Woolley with a 77 as he tied for fifth with Johansen. The 77 was a career-best at Birch Creek for Woolley.

“Things went well, but I started off a little rough,” Woolley said. “I had a couple of bogeys early on. I got things together on the back (nine). ... I didn’t worry about being four over and just played the back like a new nine, starting off from scratch.”

Woolley made the turn at 4-over-par. The senior he didn’t let that get to him. In fact, he had a “solid finish” with a birdie on 18. He credited his mental approach to helping him over the last nine holes.

Joining Woolley in counting toward the team score were Paul Miller (84), Jake Anderson (86) and Max Leishman (86).

“We’re doing OK,” Woolley said. “We definitely have more skill to go lower than we have been doing. I think we will go to state.”

Lance Fristrup continues to lead the Mustangs. He carded a 81 to tie for 10th with Howell.