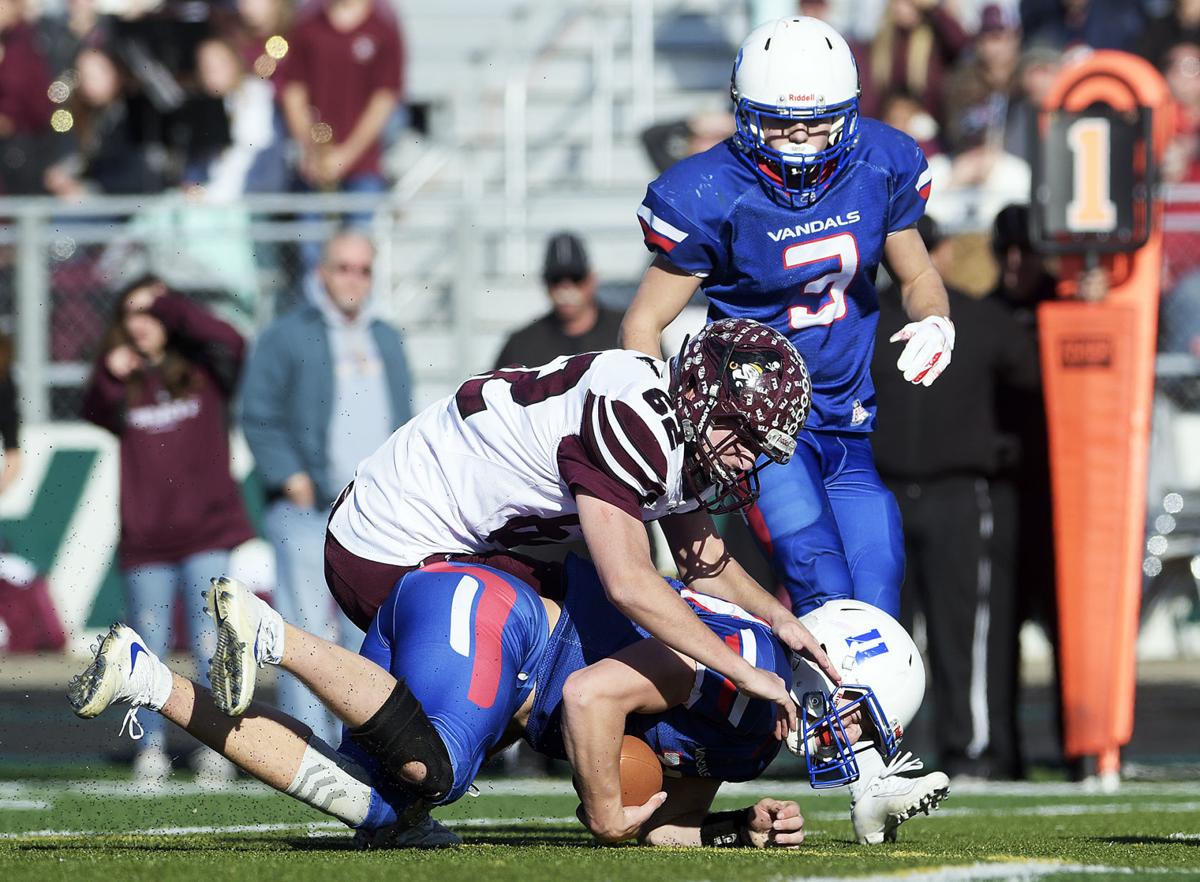 Most rural high school football programs would have been in major rebuilding mode after graduating seven players who earned first- or second-team all-state honors, but West Side was not.

Most teams would have unraveled after turning the ball over three times against the most dynamic team in the state, but the Pirates did not.

You see, West Side is not your typical football program. That’s been apparent for at least the past two decades. Year after year, the Pirates find a way to reload, which is a pretty significant accomplishment for a school that routinely has about 40 students in a graduating class.

Heading into the 2019 campaign, I never thought the Pirates would be a legitimate state title contender, but there they were celebrating their third 2A championship of this decade last Saturday at Eagle High School. In true West Side form, it grinded out a 14-13 victory over a previously-undefeated McCall-Donnelly team that had blown out opponent after opponent this season.

“It’s the best,” WS head coach Tyson Moser said of the program he coaches at and the community he lives in. “I can’t imagine being anywhere better, honestly. People ask sometimes if I ever dream about going to a big school, and I just don’t. I love where I’m at and I love the kids that go to this school, and we just have great parents and those great parents raise great kids.”

Moser’s 11-year stint at the West Side helm has certainly been a resplendent one for he and his veteran coaching staff. The Pirates have won half of their six state titles during that timespan, have captured six district championships and have advanced to at least the semifinals of the state tournament eight times.

Moser, who was an assistant coach on West Side’s 2A championship squad in 2004, had the daunting task of replacing a beloved coaching figure in Lyle Henderson, and he’s done a remarkable job. Coincidentally, Henderson — the man whose name West Side’s football field bears — is an assistant on Moser’s talented staff.

One of West Side’s long-time assistant coaches, defensive coordinator Tyler Brown, did a phenomenal job his season. In fact, it was probably the best coaching job of Brown’s career, and the Pirates have been stout defensively for the past 15-plus years under his tutelage.

“I can’t say enough about Tyler Brown,” Moser said. “I know I have the title of head coach, but he’s every bit as much the head coach of this team as I am. He’s just done a fantastic job and Wayne Henderson deserves a lot of credit too. He’s Tyler’s main assistant. Between the two of them, they get the game plan ready.”

Brown and the Pirates saved their best defensive performance of 2019 for their last, and it was a season defined by defensive excellence. McCall-Donnelly headed into last Saturday’s showdown averaging an impressive 47.1 points and 468.5 yards of total offense an outing, but the second-seeded Vandals (11-1) only managed 218 total yards against the top-seeded Pirates (11-1).

“That team that we played was such a good football team, and for us to hold them to 13 points and I think they finished with 218 total yards, this has got to be one of the best defenses we’ve had, if not the best, in my 11 years as head coach,” Moser said.

West Side’s secondary stole the show as it limited McCall-Donnelly to 60 yards passing on 6 of 17 attempts. Vandal quarterback Peter Knudson had 37 touchdown passes heading into the game. The 6-foot-4 senior had zero against the Pirates. Star wide receiver Noah Orsmby entered the championship showdown with 1,160 yards through the air and 18 TDs. The 6-2 senior caught one pass for 14 yards against West Side.

West Side sophomore cornerbacks Cristian Plancarte and Bryler Shurtliff broke up a combined five passes, while safety Ryan Beckstead batted away two. Beckstead also had a pair of 50-plus-yard punts that flipped the field position when West Side’s offense was struggling in the second half. Of the Vandals’ 11 incomplete passes, nine of them were broken up by the Pirates. As Moser put it, McCall-Donnelly’s talented skill position players got “zero separation” against West Side’s defensive backs and linebackers.

“I still can’t believe our kids were able to play man coverage the way they did with zero practice doing it,” he said. “It was amazing. ... We’ve been playing zone coverage all year.”

It was another prodigious performance by linebacker Taze Stegelmeier, who anchored a West Side defense that only gave up 7.4 points per game in ’19. The junior recorded 13 tackles, including 3.0 for a loss, and 1.0 sacks, and accumulated 162 tackles in 12 games this season.

Blaize Brown and Jaxon Moser combined for 15 tackles and two PBUs for the Pirates, who shut out four opponents this season and limited five others to seven points or fewer. West Side never gave up more than 22 points in any game, and that was just because Cole Valley scored a pair of TDs in garbage time. Even eventual 3A semifinals Snake River only managed seven points against West Side this season — a game the Pirates should have won, but was their lone setback.

Another Pirate who deserves a lot of credit is freshman kicker Xavier Pascual, a foreign exchange student from Spain, whose two PATs loomed large. West Side struggled mightily to kick extra points earlier this season.

“Oh yeah, it was huge,” coach Moser said of the two PATs. “We started out the season trying to kick, and it was a disaster. So, then we spent the remainder of the season going for 2, and that was pretty much a disaster. It wasn’t until we hit the playoffs that we decided to try kicking again. We had an exchange student that had been playing on our freshman team and he had a decent leg on him, so we took him and a sophomore long snapper (Karson Chugg) and a sophomore holder (Hayden Robinson), and we told the three of them, ‘your guys’ job every day is to go over there and kick PATs.’ ... Those three guys did a great job (last Saturday).”

Another thing that helped propel the Pirates to another championship trophy was a large contingent of fans that made the five-or-so-hour drive to the greater Boise area. That support did not go unnoticed by coach Moser.

“I cannot believe how many people came up and supported us,” he said. “It almost seemed like a home game, honestly, so I’m just really thankful for all of the people that came up, and our school board and our superintendent for allowing the cheerleaders and the band to make the trip up. I was worried about it not being a very good playoff environment where we where the only (championship) game (not in a college stadium), but it was definitely a playoff environment.”

That level of support from the community does not surprise me. My first major responsibility at The Herald Journal was reporting on the West Side and Preston football teams in the fall of 2003. It was an assignment I thoroughly enjoyed.