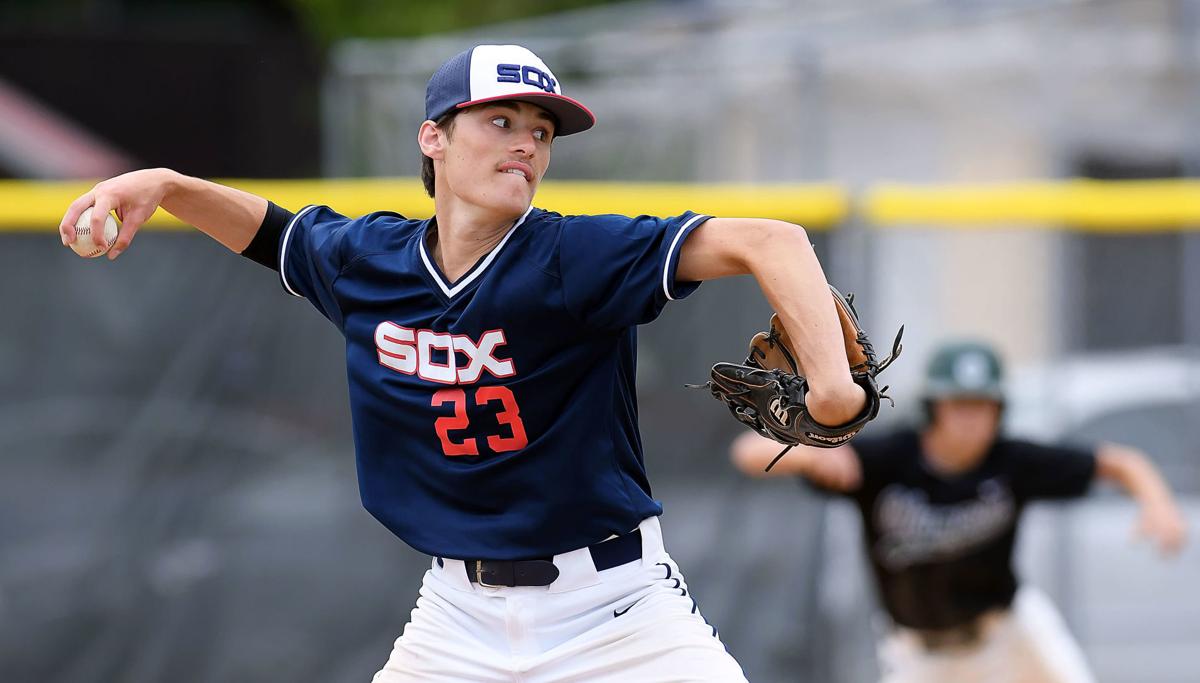 Cache Valley’s Kyler Hansen pitches the ball against Olympus on Saturday in a semifinal game of the Logan hosted American Legion tournament. 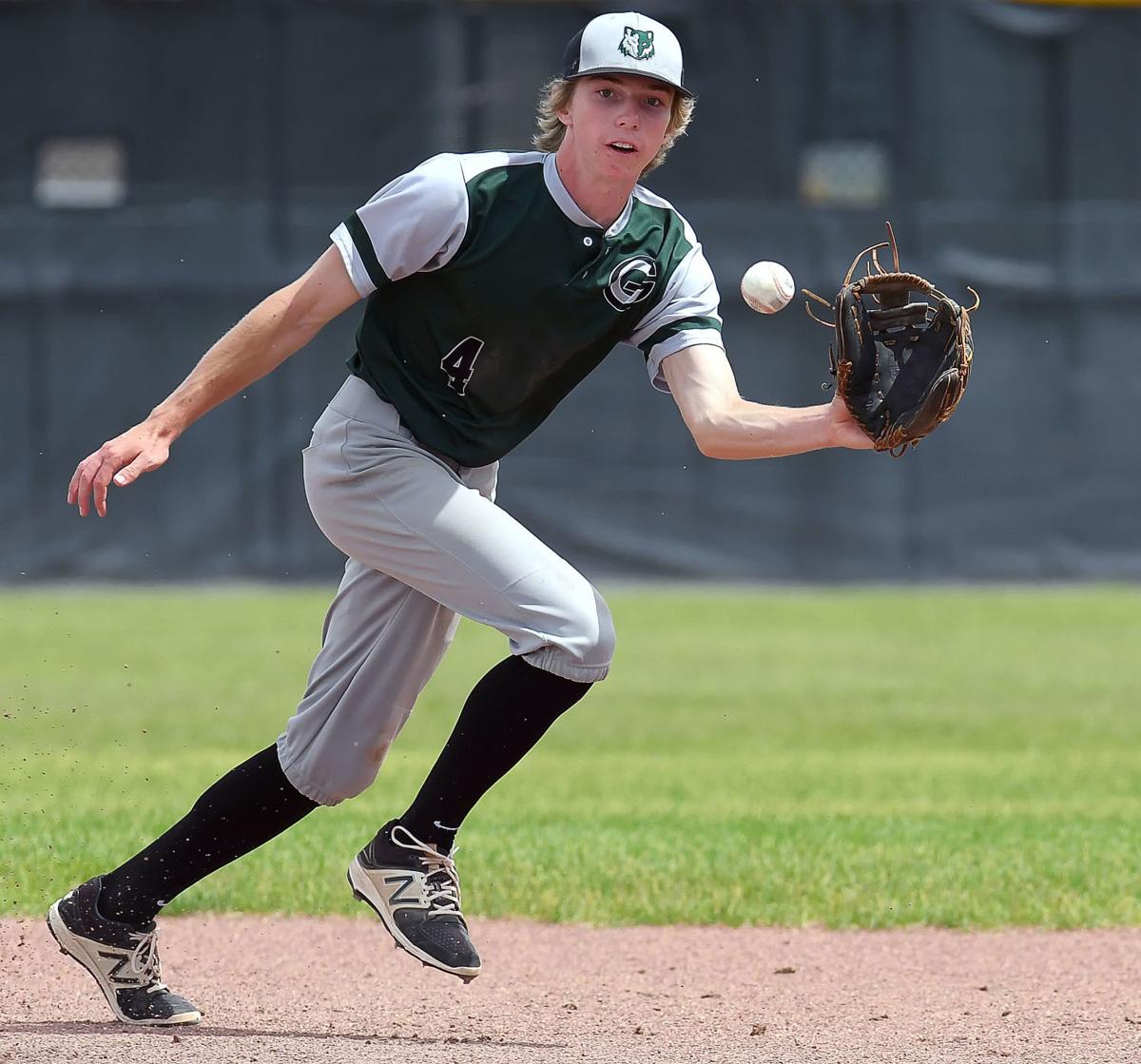 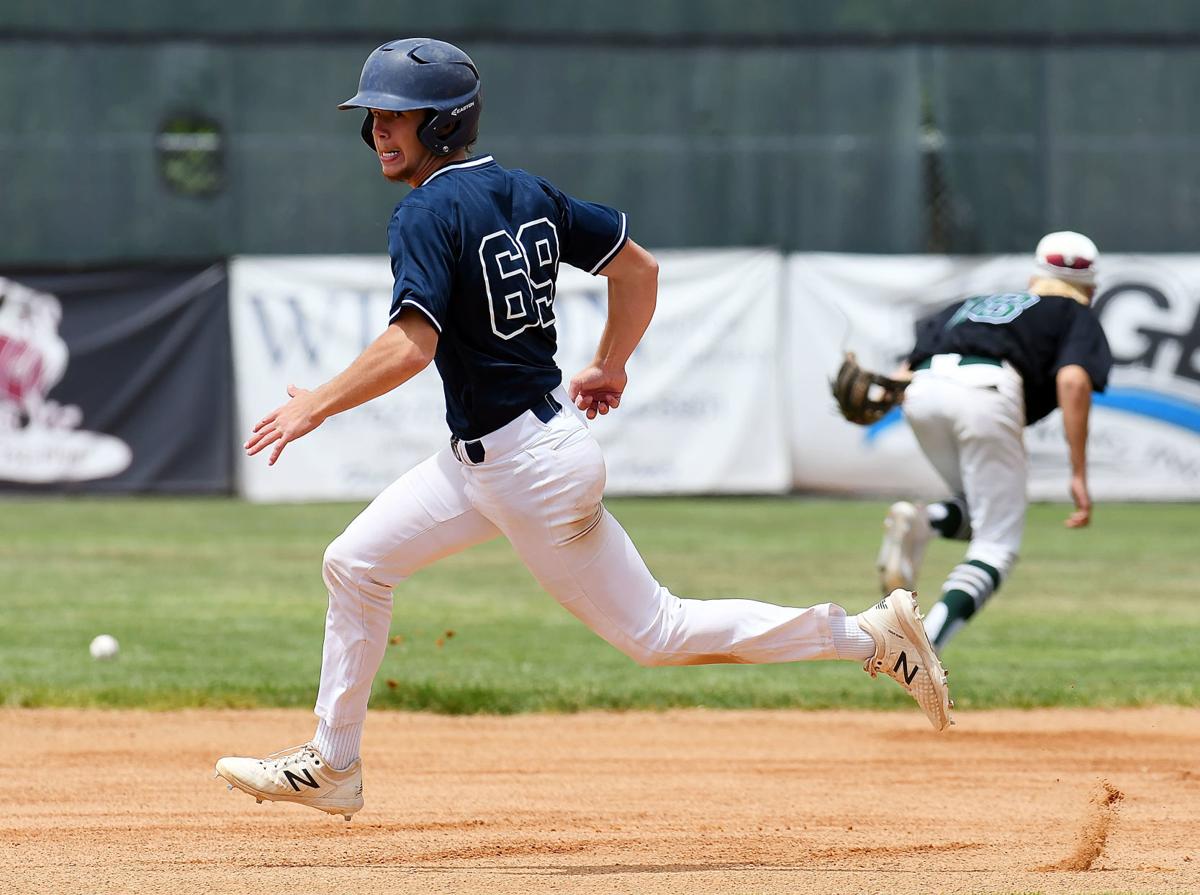 Cache Valley’s Tadon Burbank runs to second base against Olympus on Saturday.

Cache Valley’s Kyler Hansen pitches the ball against Olympus on Saturday in a semifinal game of the Logan hosted American Legion tournament.

Cache Valley’s Tadon Burbank runs to second base against Olympus on Saturday.

All good streaks eventually come to an end in baseball, and in all sports, for that matter.

The Cache Valley Sox were on track to increase their winning streak to 11, but a couple of defensive mistakes and a very good Stansbury team made sure that didn’t happen.

The Stallions exploded for 10 runs in the third and fourth innings — six of them on two decisive hits — en route to a 11-7 victory over the Sox in the championship game of the Logan Diamond Classic on Saturday afternoon at Worthington Park.

Cache Valley rallied for five runs in the fifth and sixth frames, but ultimately were unable to recover from an 11-2 deficit.

“Well, (Stansbury) obviously had some really good bats in their lineup and we had a couple of rough innings there,” CV coach Alex Hansen said. “And when you spot a team too many runs, it’s hard to dig out of that hole, and that’s not a typical performance that we would expect out of our guys. I mean, typically we’re going to be pretty solid on the mound and we’ll hit the ball well, but that’s the game of baseball, too. You’re going to have games where things don’t fall your way and it’s good. You need to have some adversity and you’ve gotta work through some of that stuff.”

Cache Valley (10-1) steamrolled its way through the competition by winning its first four games of Logan’s annual tournament by a combined margin of 38-2. The Sox also looked sharp in the early going against the Stallions (9-1) as they hit the ball hard in the first inning, and then scored two runs on three base knocks in the top of the second.

Jace Ward ripped a two-run single to center field to give the American Legion team comprised of recent graduates from Ridgeline and Mountain Crest a 2-0 lead.

The Stallions were undaunted, though, as they manufactured a run in the home half of the third and got on track offensively in the next two frames. Colton Sundloff cleared the bases when he laced a double down the right-field line in the bottom of the third, and Cayden Clark crushed a three-run homer well over the fence in left one inning later.

Cache Valley was in position to make a couple of defensive plays that would have mitigated the damage Stansbury inflicted in those two frames. A couple of walks also loomed large. It took a couple of innings for the Sox to regroup.

“There in the third inning, we all kind of held our heads down and acted like the game was over,” Ward said. “What we need to do in those situations is just keep fighting and keep our focus up.”

To their credit, the Sox gave themselves a fighting chance by holding the Stallions scoreless the rest of the way and putting a four-spot on the scoreboard in the top of the fifth. Cache Valley plated those runs on two hits and three walks, and took advantage of a couple pitches in the dirt.

A spectacular full extension diving catch by Clark in center field prevented the Sox from scoring another run in the fifth. It was the second time Cache Valley’s Daxton Purser was robbed of a hit.

“I’m glad that they bounced back,” said Hansen, whose team turned a pair of well-executed double plays. “You know, we got on them (as coaches) a little bit because we hit that rough spot with some adversity, and it seemed like we kind of laid down there for a minute and thought the game was over. ... But I was glad that they rebounded and answered back. We put up a big inning and we could have some more (runs) there, but we’ll work through that and it’s good to see what competition is out there, too.”

The Sox pushed across one run in the sixth on a groundout by Ward that would have been a single if it wasn’t for an impressive defensive play by Stansbury shortstop Bridger Shields. Ward went 2 for 3 at the plate, drove in three runs and scored once.

Caleb Archibald scored a pair of runs, walked and singled for the Sox, who only struck out twice in the first six innings.

Clark went 3 for 4 for the Stallions, who outscored their other four foes at the tourney by a 38-7 margin. Half of Stansbury’s eight hits in the title game were of the extra-base variety.

Cache Valley put together arguably its best performance of the tourney against Pool D champion Olympus. The Sox scored in every inning but one and finished with an 11-2 edge in hits.

Purser went 2 for 2 with two walks, two RBIs and two runs for the Sox, who got a pair of RBIs from Mason Bowler, Archibald and Ward. Hayden Simper and Tadon Burbank scored three runs apiece for Cache Valley, Austin Pond singled twice and scored once, and Ian McArthur smacked a pinch-hit double.

Kyler Hansen went the distance on the mound, struck out seven and walked four. Simper and Purser also threw complete-game shutouts for the Sox, champions of Pool C, during the three-game tournament.

“That’s definitely one of our strengths,” Hansen said. “We do have a lot of arms and we’ve got a lot of competent ballplayers. And when we get everybody swinging the bat well, I think we’ll be a tough out.”

Olympus, Ridgeline and Blacksmith Fork went 2-1 during pool play, but the Titans advanced to the semifinals because they allowed fewer runs than the Mavericks and Trappers.

Stansbury scored in every inning and multiple runs in four of them in its impressive victory over Pool B champion Green Canyon. The Stallions, winners of Pool A, racked up 14 hits, including five triples and two doubles.

The Wolves plated two of their runs in the bottom of the third. Alex Atkinson put together another solid performance at the plate as he tripled, singled and scored twice. Caleb Petersen and Ryker Ericson contributed with RBI singles for Green Canyon, which won its pool via tiebreaker.

The Cache Valley Grizzlies bounced back nicely from their loss to Stansbury in their tourney opener. Logan’s legion squad won its final three games, culminating with a 7-5 victory over Wasatch.

Cache Valley scored five of its runs in the bottom of the third to storm back from a 3-1 deficit. Ten different Grizzlies combined for 10 hits. Ethan Wilson and Manase Tupou scored two runs apiece, Nic Egbert finished with two RBIs and Vincent Rohrer doubled for the hosts.

North Cache also exited the tourney in winning fashion as it rallied past Blacksmith Fork, 14-8. Sky View’s legion team exploded for eight runs in the top of the fifth to break open a nailbiter of a game.

Caden Jones sparkled at the plate for the Trappers as he tripled, doubled and drove in three runs. Brayden Schiess and Kaden Deeter chipped in with two hits and two runs each for Blacksmith Fork, and JC Jones scored twice. Schiess doubled.

Meanwhile, Ridgeline led nearly the entire way against Farmington, but the Phoenix came through with five runs in the top of the seventh to stun the Mavericks, 10-7.

Ridgeline prevented Blacksmith Fork from representing Pool D in the semifinals with its 6-3 triumph over the Trappers. The Mavericks scored four of their runs in the home half of the second.

Gill, Jenson and Evan Webb all contributed with two hits for Ridgeline, and Webb drove in two runs and Gill scored twice. Webb doubled in one of his at-bats.

Ridgeline’s Jaden Harris pitched the entire game with the exception of one Blacksmith Fork batter. Harris scattered seven hits, struck out 16 and walked none. Additionally, he only gave up one earned run.

Dax Roundy and Schiess went 2 for 4 for the Trappers, who got two runs and a triple from Jones. Roundy drove in two runs, including one on a double.

Green Canyon was edged by Fremont 3-2 in a game that ended after The Herald Journal’s Friday deadline. No statistics were available for that Pool B contest.