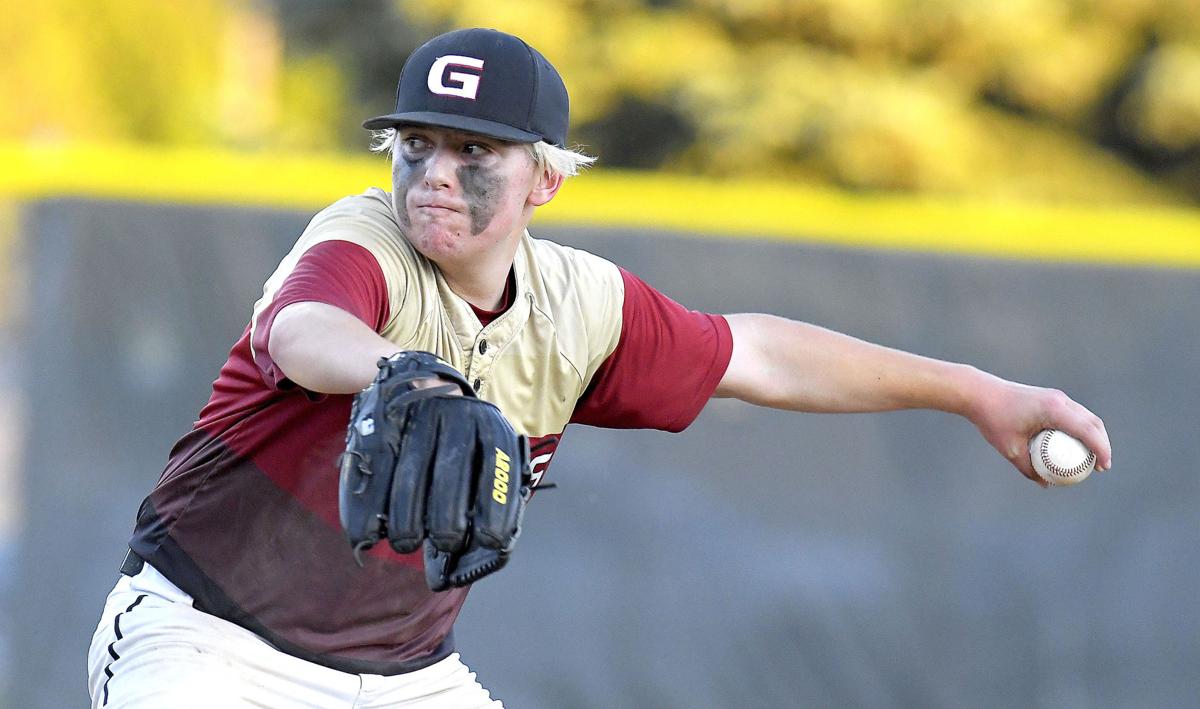 Logan pitcher Nic Egbert throws the ball to a West Jordan batter on Tuesday in Logan. 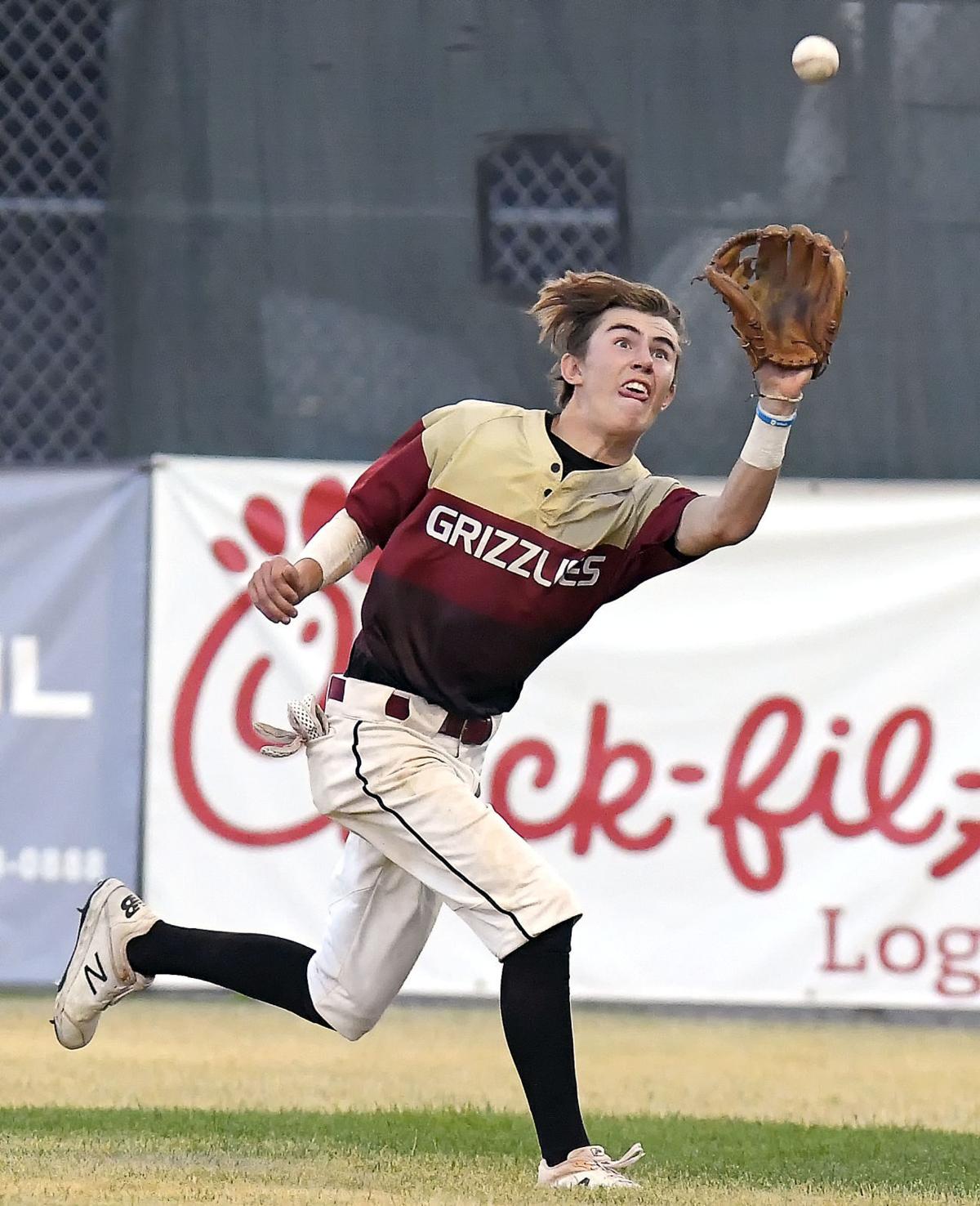 Logan pitcher Nic Egbert throws the ball to a West Jordan batter on Tuesday in Logan.

The Grizzlies didn’t need any late-game heroics this time around.

Nic Egbert made sure of that.

Egbert sparkled at the plate and on the mound as Logan overcame a couple of errors and mental miscues en route to a 5-1 victory over West Jordan on Tuesday night at Worthington Park. It was the Grizzlies’ second straight must-win triumph over the Jaguars, and this one allowed them to punch their ticket to the 16-team double-elimination bracket of the 2020 Utah U19 Legion State Championships.

“It’s incredible,” Egbert said. “I mean, I didn’t expect this, actually. We are just a hard-working team. We’ve just got to keep going, we’ve just got to be positive, but it feels great (to advance).”

Egbert pitched all seven innings for the Grizzlies and shut the Jaguars down after they scored an unearned run in the top of the first. No. 15 scattered six hits — none in four of the innings — struck out six, walked two and plunked one.

The southpaw came through with some of his best pitches when the Jaguars had runners on base. Case in point: West Jordan stranded a pair in three different innings, including the final one.

“Nic just throws strikes,” LHS head coach Britton Coil said. “He does his job. He gets back up on the mound and keeps plugging away the whole game. I think for the whole team, we made a lot of mental mistakes in the first part of the game. I mean, we had two runners get picked off in the first inning, but we cleaned things up toward the end of the game when it mattered, and pulled it out. But yeah, Nic did awesome tonight.”

Egbert aided his own cause by going 3 for 3 offensively. No. 15 smacked a two-run single over the right fielder’s head to give the Grizzlies a 2-1 lead in the bottom of the second — one they wouldn’t relinquish.

“Gosh, it was such a relief,” Egbert said when asked if his go-ahead hit helped him relax when he was pitching. “Holy moly. That’s all I’ve got to say about that.”

Chris Shopbell gave the Grizzlies some breathing room in the fifth inning when he hit a towering fly ball that somehow fell in between three West Jordan players, allowing Manase Tupou and Vincent Rohrer to score.

Logan increased its advantage to 5-1 one inning later on a ground ball by Kellen Roper that was mishandled by West Jordan’s shortstop, but it would have drove in a run regardless.

Egbert was rolling on the mound as he held the Jaguars hitless in the fourth, fifth and sixth frames. However, West Jordan battled back and loaded the bases with no outs in the top of the seventh.

Tate Goodloe, West Jordan’s fourth batter of the inning, laced an Egbert offering right at Shopbell, who caught the ball and alertly sprinted to second base and dove head first to complete the crucial double play. The recent Logan High graduate also made a couple of other nice defensive plays.

“I think that will be a great highlight for him ending his (high school) career,” Coil said. “That’s going to be his last game here at Logan as a Logan Grizzly on our home field, so great last play for him to kind of seal the deal and keep us going in the playoffs. It was sweet.”

The Grizzlies also got a memorable defensive play from right fielder Jack Fjeldsted, who snared a line drive on the full sprint for the final out of the visitors’ half of the sixth.

Logan showcased a great deal of resiliency after falling to West Jordan in their opener of a three-game series, 7-6. The Jaguars overcame a 6-4 deficit in the sixth inning to push the Grizzlies to the brink of elimination.

The Grizzlies were down to their final three outs and faced a 4-2 hole in the nightcap of Monday’s doubleheader, but rallied with three runs to extend their season. Tupou, who homered earlier in the game, walked with the bases loaded, allowing Kody Kirk to score the winning run.

“For us to come back and put up three runs in the bottom of the seventh and to come back and win last night, and then to show up today and get another win, it’s huge for us,” Coil said. “What a great job by our team.”

The tourney reseeded following Tuesday’s if-necessary contests and will take place from now on at two venues — Pleasant Grove High School and Juan Diego High School. Top-seeded Cache Valley will face No. 16 Lehi on Friday at 5:30 p.m. at Pleasant Grove, No. 9 Mountain Crest will square off against No. 8 Vernal at 3 at Pleasant Grove, and No. 15 Logan will battle No. 2 Salem Hills at 5:30 at Juan Diego.