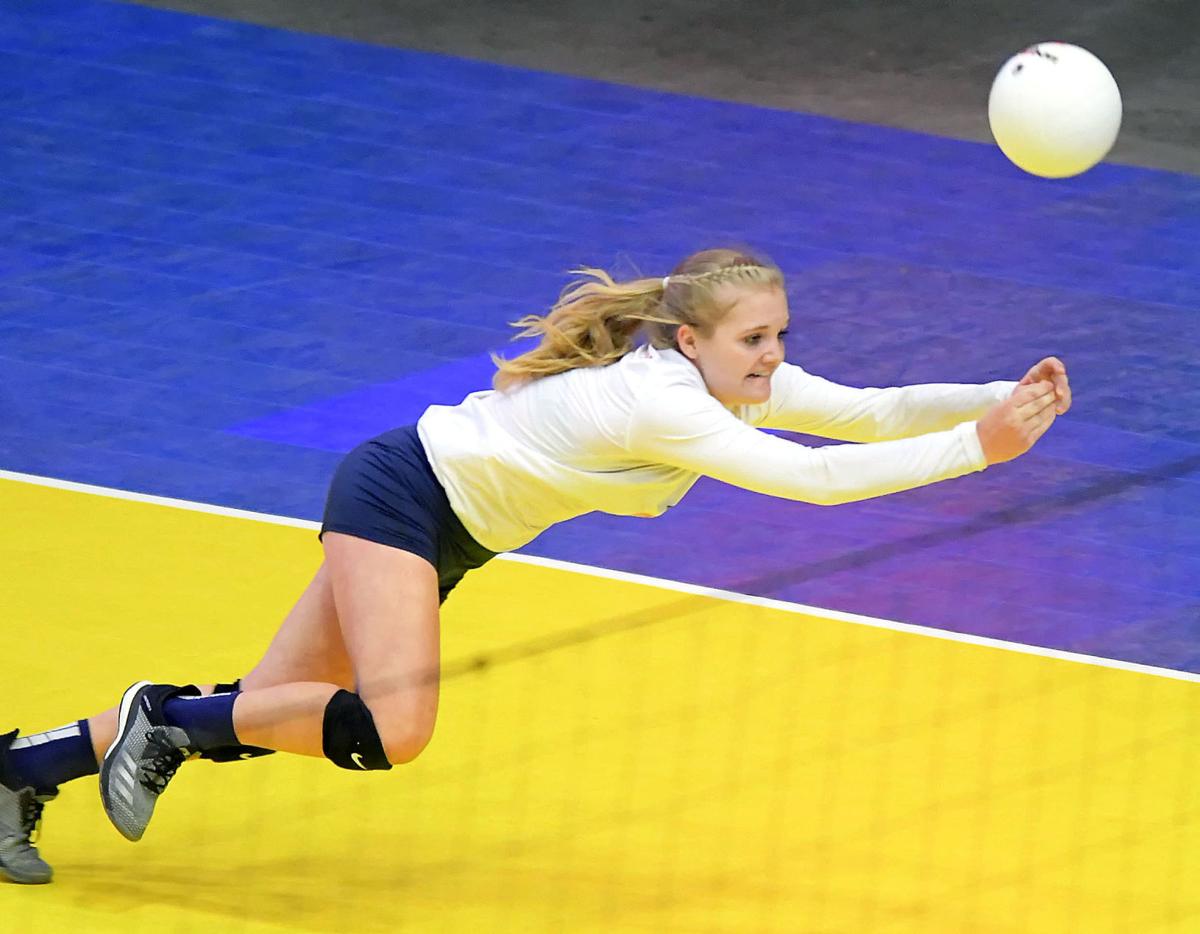 Mountain Crest’s Jordon Flippence stretches out for a dig during a match against Stansbury in the 4A volleyball tournament in 2018. 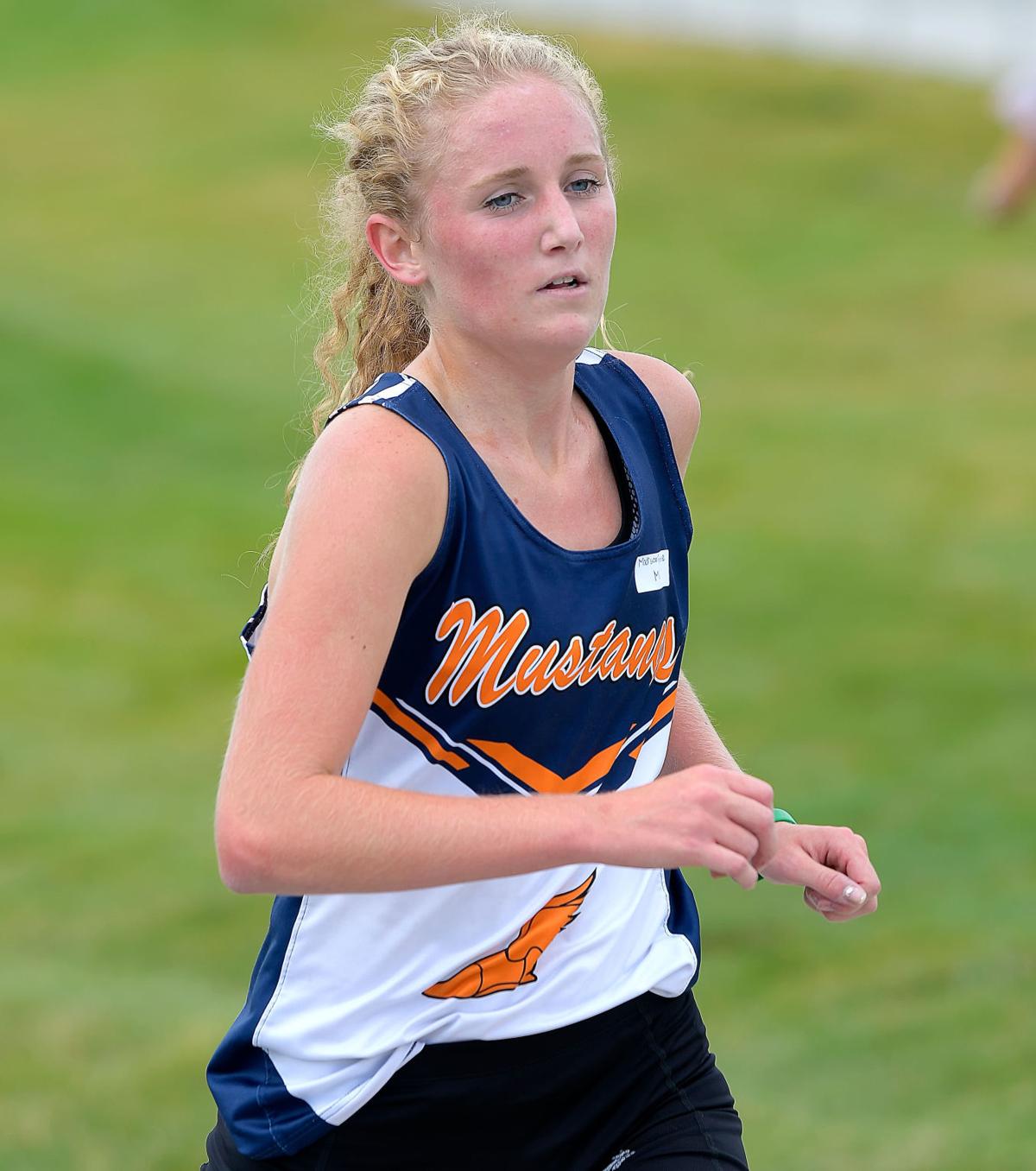 Mountain Crest's Madison Flippence competes in a race in 2017.

Mountain Crest’s Jordon Flippence stretches out for a dig during a match against Stansbury in the 4A volleyball tournament in 2018.

Mountain Crest's Madison Flippence competes in a race in 2017.

The 2020-21 academic year has the potential to be a memorable one for the Flippence sisters.

That’s because the Hyrum residents have earned the opportunity to continue playing the sports they love. Jordon Flippence will play volleyball for Central Wyoming College, while older sister Madison will compete as a distance runner for Dixie State University. Madison Flippence spent her freshman and sophomore seasons at the College of Southern Idaho, where she garnered All-America honors this past winter.

“I don’t think I could have been done playing,” Jordon Flippence said. “After Senior Night, I definitely wanted to keep going because I just love playing too much and volleyball makes me happy.”

The younger Flippence sparkled during her final season competing for Mountain Crest’s volleyball program. No. 4 one was of the premier liberos at the 4A level as she racked up a whopping 449 digs — 100 more than anyone else on her team — en route to securing first-team all-Region 11 and second-team all-state accolades.

Flippence also led the Mustangs by a large margin by returning serve 485 times. The senior finished with 20 or more digs in nine matches, including three times in the 4A State Championships. She dug a career-high 33 balls in a five-set loss to Ridgeline and tallied 30 digs in a four-set triumph over Snow Canyon to stave off elimination at the state tournament.

Serving is also one of Flippence’s strengths as she recorded 50 aces on the season — the second most of any Mustang.

Mountain Crest went 22-9 during the 2019 campaign and placed sixth at the 4A tourney. The Mustangs bounced back from a heartbreaking five-set loss in the opening round and won their final three matches.

The daughter of Kellie and Jared Flippence was able to hone her skills by routinely squaring off against some of the best teams in the 4A classification. Region 11 was very competitive last fall as Green Canyon captured the 4A championship, Sky View placed third at state and Ridgeline seventh. The Mustangs, Bobcats, Riverhawks and Wolves were all ranked in the top six in the final RPI standings.

“A lot,” Flippence said when asked how much battling those rival schools helped prepare her for college volleyball. “(Those matches) helped me grow my passion for the game and they were fun. They made me realize how much I loved the game and showed me that drive to want to win and compete. I love competing and that’s definitely what those matches showed me.”

Flippence pledged her commitment to Central Wyoming about four months ago and signed with the Rustlers in March. The Hyrum native talked to coaches from a few other collegiate programs, but her final decision was an easy one.

“It felt like home and I felt like the girls and the coach made it feel like I would have fun, and that I would feel safe there,” said Flippence, who was also a thrower for Mountain Crest’s track & field program. “And especially the schooling, it was somewhere I wanted to get my education at. It just seemed like a good fit.”

Central Wyoming is located in Riverton, which is about a four-and-a-half-hour drive from Logan. The Rustlers went 14-18 last fall, including 8-7 in conference play. Half of the program’s roster from the 2019 season was comprised of athletes from the Beehive State.

The older Flippence sister is back in Utah after two successful academic years at CSI, which is located in Twin Falls, Idaho. Madison Flippence is coming off a strong indoor track & field season as she qualified for the NJCAA National Championships in the 3,000 and 5,000 meters. She was a first-team All-American after placing eighth in the 5,000 with a time of 18 minutes. 31.64 seconds.

Flippence was looking forward to potentially having an even better outdoor season, but it was canceled after one meet due to the COVID-19 pandemic. Fortunately for the daughter of Jared and Kellie Flippence, she will get to showcase her talents again — this time at the Division I level.

“It helps knowing that I have another chance because ... I was already starting to have breakthroughs in indoor, so I was pretty excited with outdoor to see what else could come of it,” Flippence said. “But Dixie kind of helped (ease the pain) because I know it’s not over. I have more chances to compete, just have to wait longer to have another breakthrough.”

Flippence made substantial strides during her two seasons at CSI, which year in and year out has one of the top JUCO distance programs.. As a senior at Mountain Crest, Flippence finished 29th at the 4A State Cross Country Championships as she covered the three-mile course in 19:56. She was running sub-19-minute 5Ks during her second season with the Golden Eagles, and her personal-best mile time — a 5:21 — was a lot faster than her performances in the 1,600 in high school.

“My biggest eye-opener at Twins Falls was I had a coach that really helped show me that I was able to do it, that I was able to accomplish what I felt seemed impossible two years ago in high school,” said Flippence, who was the bronze medalist in the 3,200 at her final region meet in high school. “And so I think that played a huge role (in my improvement).”

Flippence even won a cross country meet as a sophomore by clocking in at 19:06.55 at the University of Providence (Great Falls, Montana) Open.

“I think it was the best two years I could have asked for,” Flippence said of her time in Twin Falls. “I don’t regret going at all. It was definitely hard having to leave (home), but I will forever be grateful for the chance I had to go there. If it was a four-year school, there’s no doubt I would stay there.”

Flippence was one of three former CSI distance runners who signed with Dixie last month. The Trailblazers are transitioning from a D-II to a D-I program this upcoming academic year.

Flippence was also recruited by Utah Valley University and a couple of schools in Montana, but Dixie quickly emerged as her clear-cut favorite.

“I’m so excited,” said Flippence, who will major in exercise science. “That has been a goal of mine since I started running was to run at a D-I school, and now the chance was placed before me to do it, so I’m pretty excited. I’m a little scared, but excited.”

Jordon Flippence was inspired by her older sister’s drive to continue to development in the sport she enjoys.

“I’m so happy for her,” she said. “This was literally her goal since Day 1 and she has so much determination to go on like she is, and she’s so happy. It’s a big deal.”