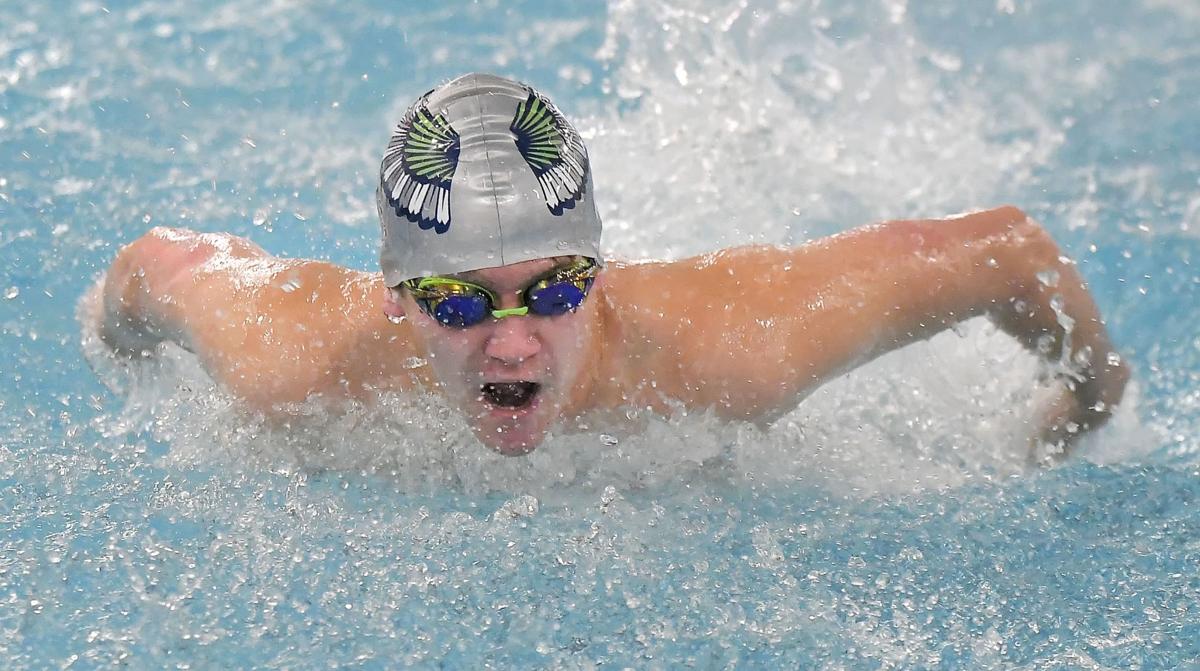 Ridgeline’s Peter Grunig competes in the 200 yard individual medley on Thursday in Hyrum. 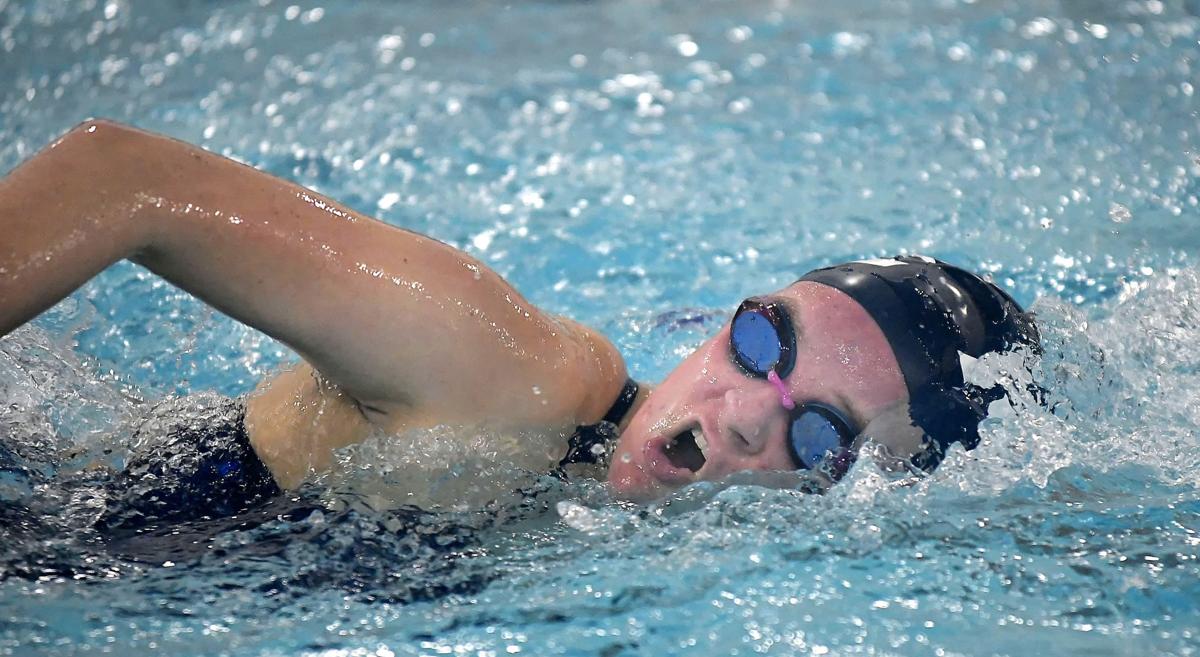 Ridgeline’s Peter Grunig competes in the 200 yard individual medley on Thursday in Hyrum.

Being able to compete in back-to-back weeks was certainly an encouraging thing for Cache Valley’s high school swimming programs.

A trio of Region 11 duals took place Thursday. Here is what transpired:

An experienced Ridgeline squad has looked sharp so far during the 2020-21 campaign. Anthony Caliendo, Joe Tenny and Isaac Sorensen led the Ridgeline boys past Mountain Crest, 139-77, while a balanced team effort helped the Lady Riverhawks prevail 132-84.

The Ridgeline boys placed first in all three relays, with Cole Dustin swimming legs on two of those foursomes. Dustin was also the runner-up in the 200 free (2:01.18). The Riverhawks won eight of the 11 races and finished second in another eight.

Leading the way for the Lady Riverhawks was Carly Eubanks, who beat all comers in the 50 free (26.02) and 500 free (5:44). Eubanks also showcased her talents on a pair of victorious relay teams, as did teammate Hailey Rigby.

“We are slowly getting back into race shape,” RHS head coach Taryn McEuen said. “Starting and stopping our season has affected our athletes’ progress. I am optimistic that we can get on track and get our times down to where we want them to be.”

Also prevailing for the Mountain Crest boys were Carter Davis in the 200 IM (2:26.48) and Zach Roundy in the 500 free (5:41). The Lady Mustangs won their last race of the meet, the 400 free relay, and that squad was comprised of Kennedy Child, Emilee Leishman, Abbie Nielsen and Lia Zhang. Nielsen also bested her competition in the 100 breast (1:17.99).

“Going into a break is always something that I’ll take away from the work that we put in, but it’s always good for the athletes to get a mental reset before we focus in on the rest of the season,” MC head coach Karson Christensen said. “I’m excited to get back from the break and start working the kids again.”

The Bobcats continue to show why they are the defending 4A state runner-ups on the girls and boys sides. The Sky View girls swept the top two positions in all 11 events en route to a 137-27 victory over Logan. Meanwhile, the Sky View boys won 10 races and finished second in 10 on their way to outpointing the Grizzlies 129-34.

“Everyone tonight looked great in the pool and I saw some great swims from both teams,” SV head coach Marcus Singleton said. “I feel our team is going into the break in excellent shape. We have really been building the intensity of our workouts these last few weeks knowing we would have this break, which will give the swimmers time to rejuvenate and come back ready for the final push towards region.”

“I was happy that most of my swimmers were able to compete this week,” LHS head coach Korryn Bernhardt said. “A lot of them came away from the meet with personal bests in their events, which is what I like to see. Being able to have a meet two weeks in a row has been really great for my athletes to gauge where they are with their state rankings and what they need to work on moving forward.”

Green Canyon traveled to Garland and earned a sweep over Bear River. The Lady Wolves won convincingly, 120-50, while the boys were tested before prevailing 94.5-74.5.

Hannah Gracey, Bunnell, Josh Miggin and Josh Jensen all competed on a pair of first-place Green Canyon relay teams. The Green Canyon girls won eight of the events and finished second in another eight.

“Really happy with where the team is at right now,” GC head coach John Kane said. “This is a great group of kids and they are making a lot of progress. Fortunately, we’ve been able to swim a few meets already and haven’t had many kids quarantined. We’re crossing our fingers that we can continue to stay healthy.”