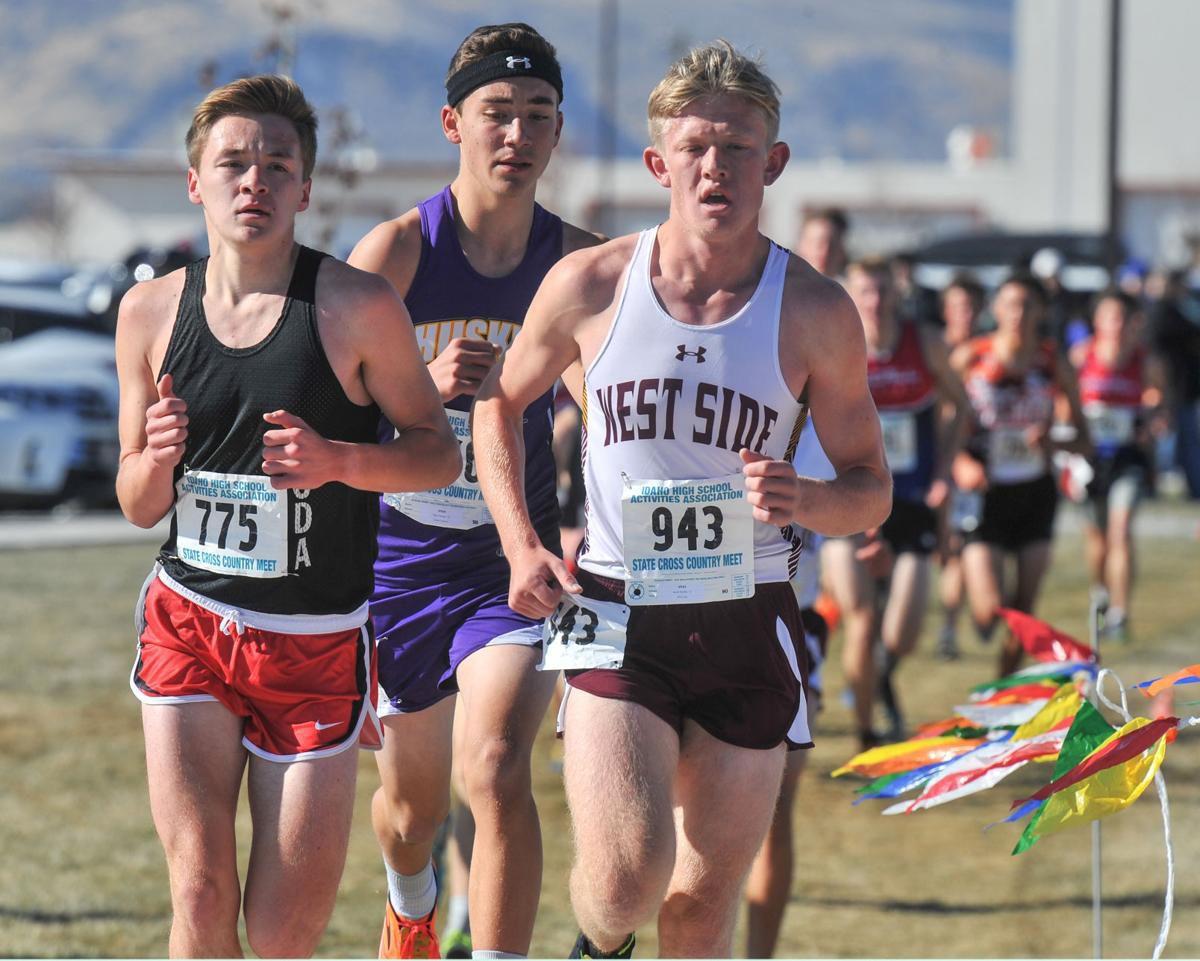 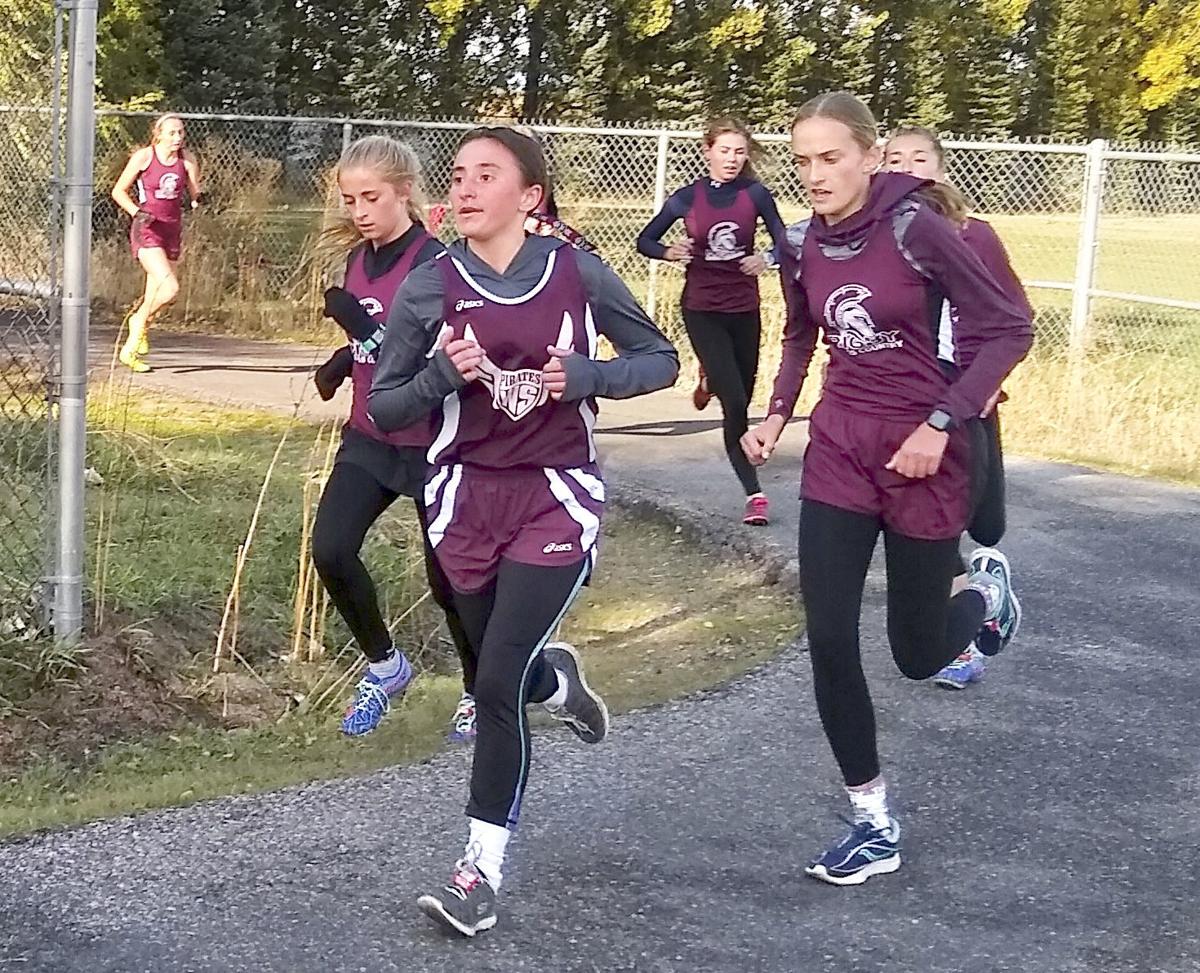 Jacob Moffat admitted he “was super scared” he wasn’t going to get a chance to run in college.

You see, the standout West Side distance runner was banking on a big senior season on the track to solidify the attention of college coaches. The Dayton native was a legitimate 2A state title contender in the 800, 1,600 and 3,200 meters, but those dreams were dashed when the track & field season was canceled after one meet due to COVID-19.

To the delight of Moffat, the University of Evansville was undeterred by his lack of a senior season. The Purple Aces offered Moffat a scholarship, and he recently signed with the Division I program based in Indiana. Additionally, fellow recent West Side graduate Christina Tripp has finalized her commitment to run for NAIA cross country program Kansas Wesleyan.

“I was kind of surprised, to be honest,” said Moffat, who will showcase his talents in track and cross country for the Purple Aces. “(Evansville) didn’t offer me until after I knew that my senior track season would be canceled, and so them offering me some scholarship money really kind of gave me hope because I really had no hope. I was going to go on a mission and I had my mission papers done, but when they offered me I took them up on it.”

The son of Mary and Shawn Moffat also caught the attention of some junior college, NAIA and Division II programs. The junior college route wasn’t really a viable option for Moffat, though, because he took enough concurrent enrollment classes at West Side to earn his associate’s degree.

Moffat was still mulling over his offer from the Purple Aces and serving a mission for The Church of Jesus Christ of Latter-day Saints when Evansville head cross county and track & field Don Walters “almost doubled that scholarship he was going to give me.” The scholarship Moffat accepted will cover his tuition and housing.

Moffat is one of the most decorated distance runners in West Side history as he was a four-time all-state honoree in cross country and a multi-time state medalist in track & field. He placed third, third and second at his final three 2A state cross country meets, and earned a spot in the top five in the 800, 1,600 and 3,200 at the state track & field meet as a sophomore and junior, and was a two-time runner-up as a junior. Additionally, Moffat was the 2A Fifth District cross country champion as a senior and the gold medalist at the district track & field meet in the 800, 1,600 and 3,200 as a junior.

Not only would have Moffat been one of the favorites at state in the three aforementioned track events, there’s a good chance he would have propelled the West Side boys to team glory. The Pirates “returned more state points and qualifiers than any other team by quite a ways,” head coach Tyson Moser said.

Unfortunately for Moffat, that elusive 2A championship — the Pirates finished second at state track a year ago — will remain exactly that.

“It was really disappointing,” said Moffat, who was the district runner-up to former Bear Lake great Jackson Pratt in the 800, 1,600 and 3,200 as a sophomore. “I never had the opportunity to win the state title as a team or individually, and this was going to be my last chance to do so. And I was super close to the school records last year, and now my name definitely won’t be on that board that we have hanging up that has all of the school records on it. It’s just kind of disappointing, but all I can do is move forward now and get ready for college.”

“Carlton was kind of a role model for me when I was in middle school, and I always told myself I’d be faster than him, but that didn’t happen this year,” said Moffat, who is the cousin of former West Side great distance runner and Utah State All-American Jordan Beutler. “But I’m going D-I and hopefully I can make some changes there and become better.”

Moffat made it a point to thank West Side distance coach Dan Lyon for helping him receive the opportunity to compete for the Missouri Valley Conference program.

“I have to give credit to coach Lyon for all of the distance runners that have gone through West Side in the last (10 or so) years because he’s coached us really well and has kept us moving and motivated,” Moffat said.

Like Moffat, Tripp was looking forward to a strong final prep season on the track and was frustrated it didn’t transpire.

“It was a big bummer because I was getting pretty close to my PRs the first track meet we had, so it was looking to be a good season,” she said. “I was feeling good.”

The West Side girls compete in an absolutely loaded district when it comes to distance running. Soda Springs has captured an astounding 14 straight cross country state titles, and fellow district rival Bear Lake finished second at the 2A cross country meet last fall and had three of the top five performers at the race.

Only the top two teams in the district qualify for the 2A State Cross Country Championships, meaning arguably the best West Side girls team in program history was left out. The Pirates would have punched their ticket in any other district and would have been bona fide contenders to finish in the top five at state.

Two of Tripp’s teammates qualified as individuals and ended up garnering all-state accolades. The Dayton native was West Side’s No. 3 runner and would have been the Pirates’ top performer in a lot of years.

“It was fun to be able to go out and give our best and try to make it to state, knowing that we could have if we were in another district,” said Tripp, who placed 11th at the district meet with a time of 21:02. “But yeah, we had a good team, for sure.”

As for the track & field season, the daughter of Tiffany and Chris Tripp was aiming to make it to state in the 3,200. She has a solid PR of 12:28 in that event. As a junior, Tripp finished fifth in the 3,200 and sixth in the 1,600 at the 2A Fifth District Championships.

Tripp was also considering an offer from the South Dakota School of Mines and Technology, which is a D-II program. Tripp ultimately felt like Kansas Wesleyan was a better fit, plus the offer was superior.

The Coyotes compete in the Kansas Collegiate Athletic Conference and finished fourth out of 13 teams at the 2019 KCAC Cross Country Championships. One of their runners advanced to the NAIA National Championships.

Tripp is excited to try her hand at the longer distances in college. Most four-year college programs race on six-kilometer courses, as opposed to the three-mile and 5K courses in high school.