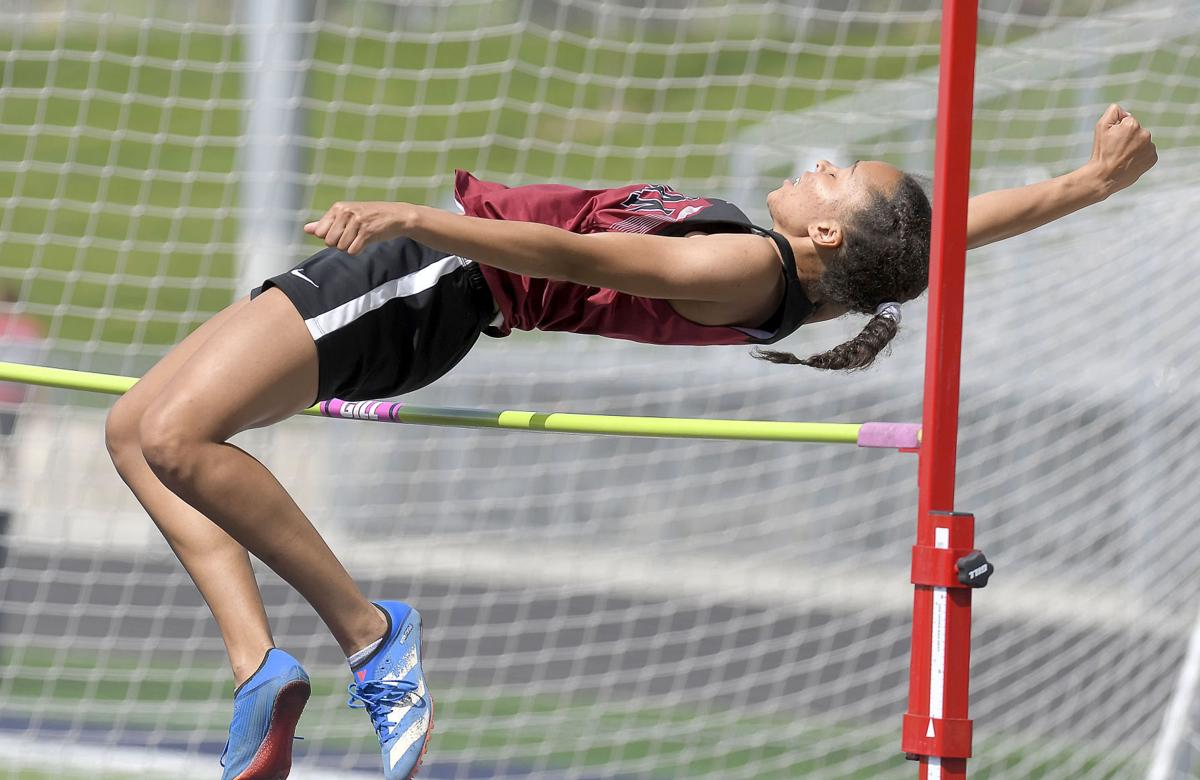 Logan’s Amber Kartchner competes in the high jump at the Region 11 track meet in May. 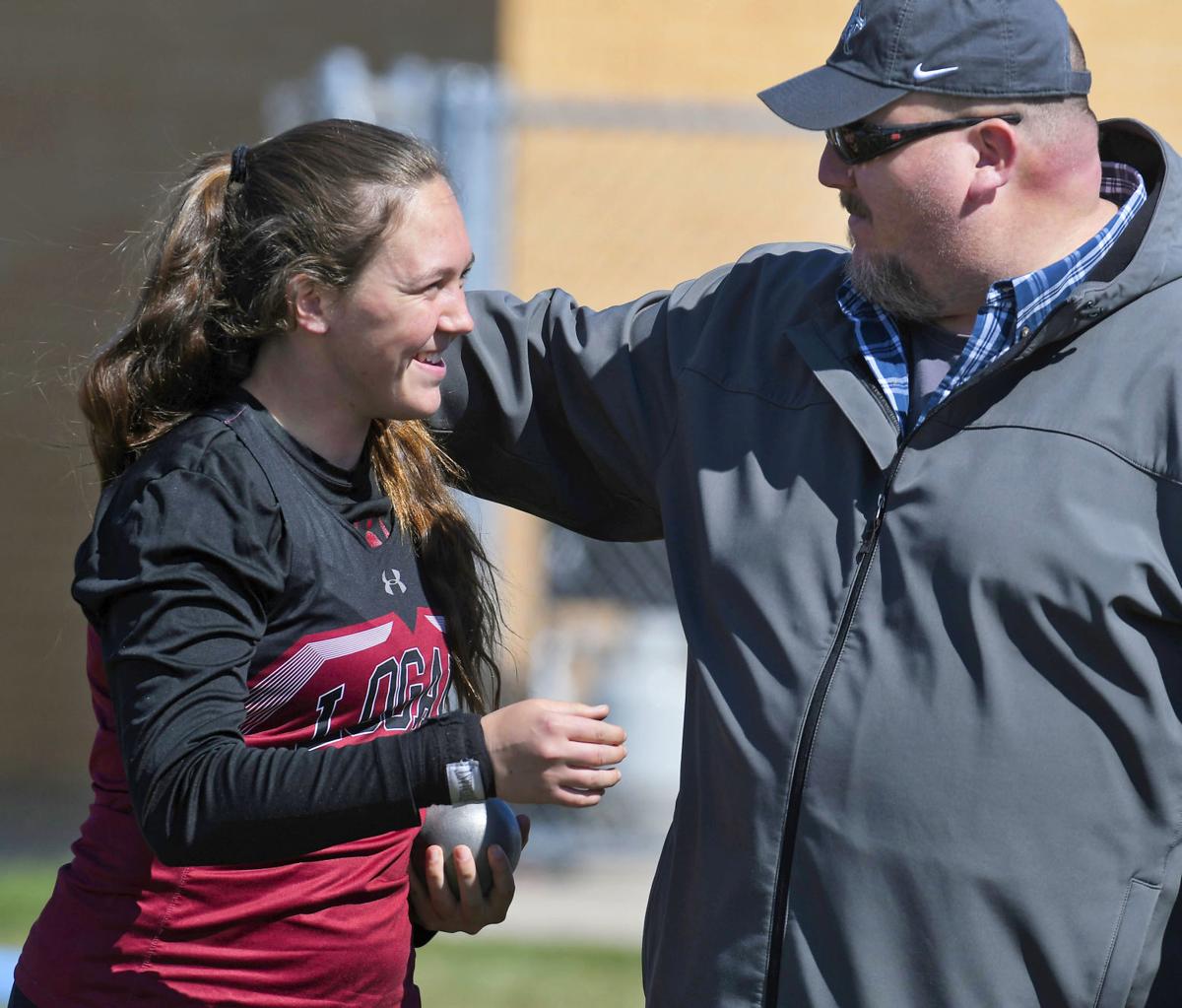 Logan's Milly Garren celebrates with her dad Bill Garren after winning the shot put at the Grizzly Invitational in April.

Logan’s Amber Kartchner competes in the high jump at the Region 11 track meet in May.

Logan's Milly Garren celebrates with her dad Bill Garren after winning the shot put at the Grizzly Invitational in April.

Amber Kartchner has accomplished a lot during her four years as an athlete at Logan High School, but one thing had eluded her heading into her final couple of weeks as a Grizzly.

Kartchner was determined to capture an evasive state title before moving to Utah County to play basketball for BYU, and she was able to cross that off her bucket list on Day 1 of the 4A State Track & Field Championship.

The senior shared the high jump title with Uintah’s Kora Cook. Both athletes soared over the bar at 5 feet, 4 inches, on their first attempts, plus had no misses in the competition before that. Green Canyon’s Jayden Beach cleared 5-4 on her third and final attempt — a new personal record — and ended up claiming the bronze medal.

“It feels amazing,” Kartchner said. “I’ve wanted to be a state champion in a sport ever since I was in middle school, so to finally be able to do it feels so good.”

Kartchner will be one of the favorites in Saturday’s long jump and credited coach Billy Phillips, a former state champion for the Grizzlies in the discus and former star decathlete at Idaho State University, for her success.

“A special shout-out to my jump coach Billy,” Kartchner said. “He’s amazing and I couldn’t have done this without him.”

Kartchner was one of two Grizzlies who reigned supreme on Day 1 of the meet, which is being contested at Davis High School. Standout junior Milly Garren capped off an undefeated season in the shot put with her mark of 41-7.5.

“It feels amazing,” Garren said of never tasting defeat in the shot put this spring. “One of my goals was to be more consistent this season.”

Like Kartchner, Garren, had her sights set on winning a gold medal a year ago before COVID-19 got in the way.

“It is really great to see all my hard work pay off,” Garren said. “We have been working really hard throughout the season. There was great competition today. I would like to give a shout-out to all of the girls that got PRs today.”

Garren, who will also be the heavy favorite in Saturday’s discus, also earned the right to stand on the podium in the javelin by placing fifth. The junior’s best throw was a 117-1.

Garren was joined on the podium in the javelin and shot put by fellow three-sport athlete Maren McKenna of Green Canyon, who is finishing her sophomore season strong. McKenna was the bronze medalist in both events and shattered her own school record in the javelin (126-0), to boot. The sophomore went 37-11.5 in the shot put, which is less than one inch away from the school record, held by her.

Other Cache Valley athletes who scored points in the throwing events were Logan’s Kaylee McKinnon and Ty Stearns, and Mountain Crest’s Katelyn Hardy. McKinnon finished eighth in the javelin (107-8), as did Stearns in the discus (126-10) and Hardy in the shot put (35-1.5).

Two other local athletes who scored some significant team points were Sky View’s Kate Dickson and Logan’s JJ Sargent. Dickson was the runner-up in the 3,200 meters (11 minutes, 14 seconds), while Sargent won a bronze medal in the long jump (21-6).

That performance capped off a great day for Tensmeyer, who lowered a pair of her own school records in preliminary round action. The sophomore will be seeded first in the 200 (25.86) and second in the 400 (59.01).

Mountain Crest’s Alisabeth Apedaile recorded the fastest qualifying times in the 100 hurdles (14.60) and 300 hurdles (46.05). The senior will also be one of Kartchner’s primary threats in the long jump.

In other Friday action, Ridgeline’s Madeline Carmona finished seventh in the high jump (5-0), while Sky View’s Cody Robbins barely was one inch away from scoring a team point in the long jump. The senior was ninth (20-6.75).

After six events, the Logan and Green Canyon girls are tied for third place with 24 points apiece.