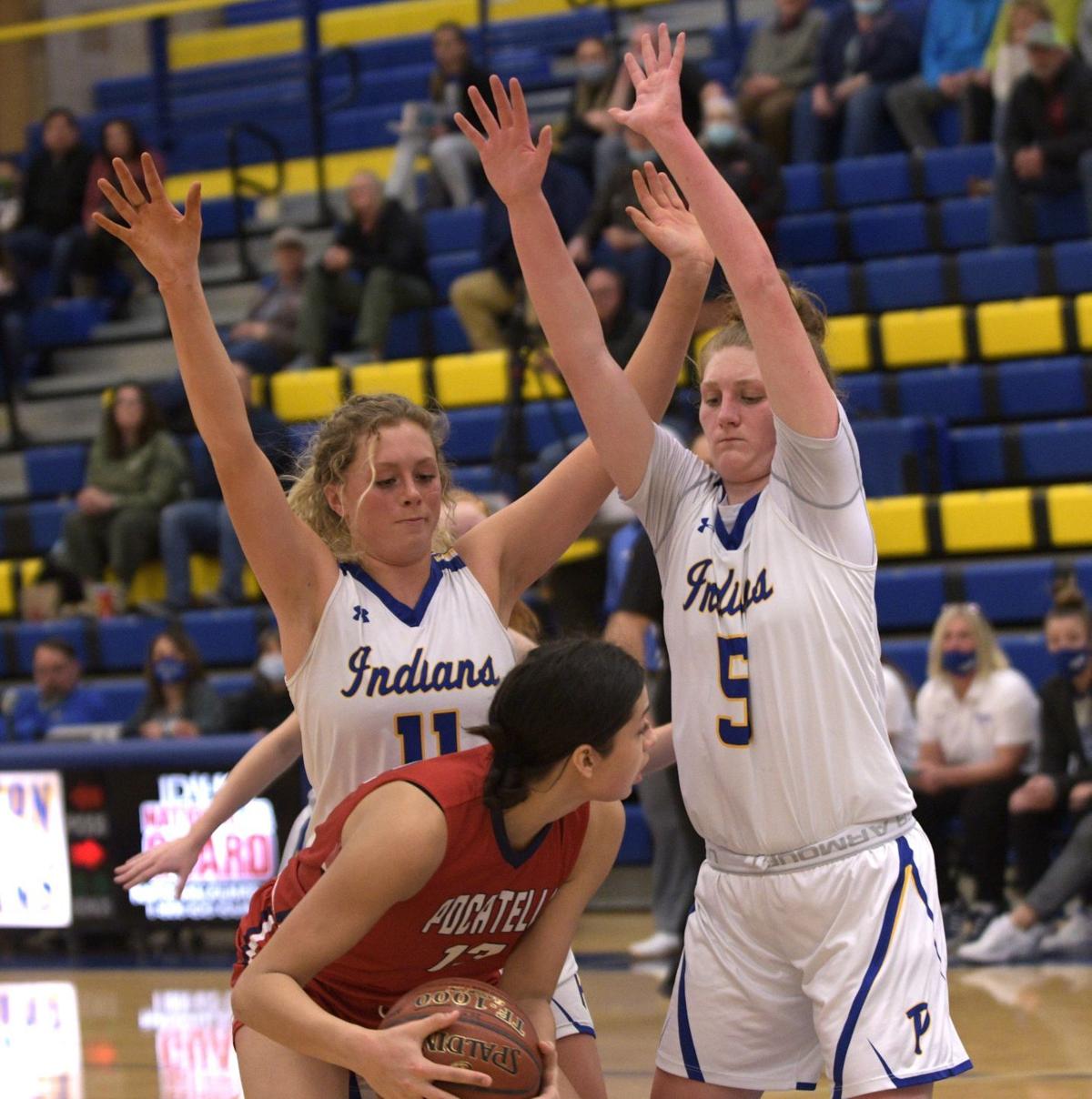 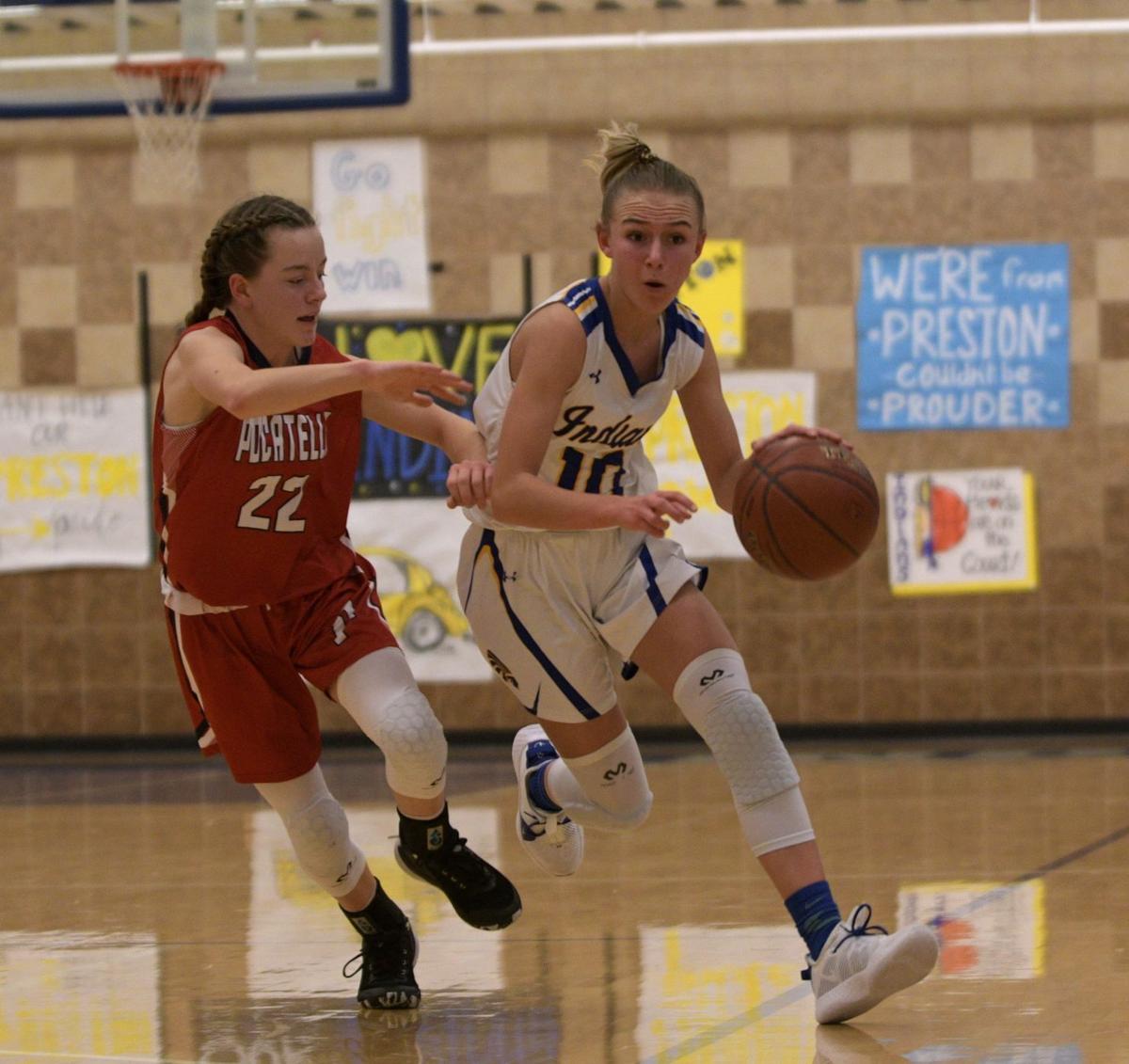 It wasn’t pretty at times, but Preston’s girls basketball team was ultimately able to earn another shot against nemesis Century.

Preston never trailed and used a strong third quarter to pull away for a 47-39 victory over a scrappy Pocatello team in a 4A Fifth District Tournament elimination game on Tuesday night at home.

The hosts led by as many as 16 points early in the fourth quarter and were never really threatened, although, to its credit, Poky refused to fold. It was a far cry from the first three Preston-Pocatello games this season as the Franklin County Indians won those contests by margins of 24, 26 and 28 points, respectively.

The good news for Preston is it was able to take some pressure off standout post player Kylie Larsen by knocking down some 3-pointers. The hosts drained 6 of 13 shots from beyond the arc, led by point guard Riley Ward, who knocked down a trio of treys in the opening half. Timely perimeter shooting will be a must for Preston if it wants to break through against Century on Thursday.

“Yeah, that was really good,” Larsen said. “We’re glad that we’re finally getting those (3-pointers). When (the opposition is) doubling down on me, having those outside shooters really helps, so (the opposition) can start getting out on them and then that opens it up for me in the middle.”

Another encouraging thing for the Franklin County Indians (17-7) is they were able to rest most of their starters during the lion’s share of the fourth quarter. The one exception was Ward, who put together a solid performance for Preston as she finished with a game-high 13 points and only committed one turnover.

“I would have liked to have given Riley a little bit more rest,” Harris said. “I didn’t want to play her in the fourth quarter as much as I had to, just for ball pressure reasons, but I think we’re going to be fresh and ready to go. I think we were able to rest most of the girls like we wanted to and we’re ready to get after it.”

The bad news for Preston is it struggled with turnovers throughout Tuesday’s must-win game. The hosts were whistled for at least eight traveling violations and racked up 23 total turnovers. Beating Century (15-5) will be nearly impossible if this trend continues.

It was a nervy opening half for Preston, especially when starter Mickayla Robertson went down with an ankle injury after scoring five straight points early in the second quarter. The 5-foot-10 junior didn’t return, although Harris said “we could have put her in if she was needed.”

Even without Robertson, Preston was able to give itself some breathing room in the third quarter. The Franklin County Indians outscored the Gate City Indians 16-8 during those eight minutes of action to turn a seven-point halftime lead into a commanding 39-24 advantage. Five different Preston players scored during the quarter, led by Larsen’s six points.

Up next for Preston is returning 4A state runner-up Century, which has beaten the Franklin County Indians three times this season by a combined 10 points. Thursday’s showdown is scheduled for 7 p.m. in the Snake Pit. Preston must beat Century twice in a three-day span in order to secure the district’s only bid to the 4A State Tournament.

Bryler Shurtliff poured in 27 points — 10 in the third quarter — for West Side, which got 17 points from Ryan Lemmon and 10 from Easton Henderson. Ten different Pirates scored in the contest.

“We scored well,” WS head coach Tyler Brown said. “Need to get better defensively. We got to play a lot of players and they all contributed.”