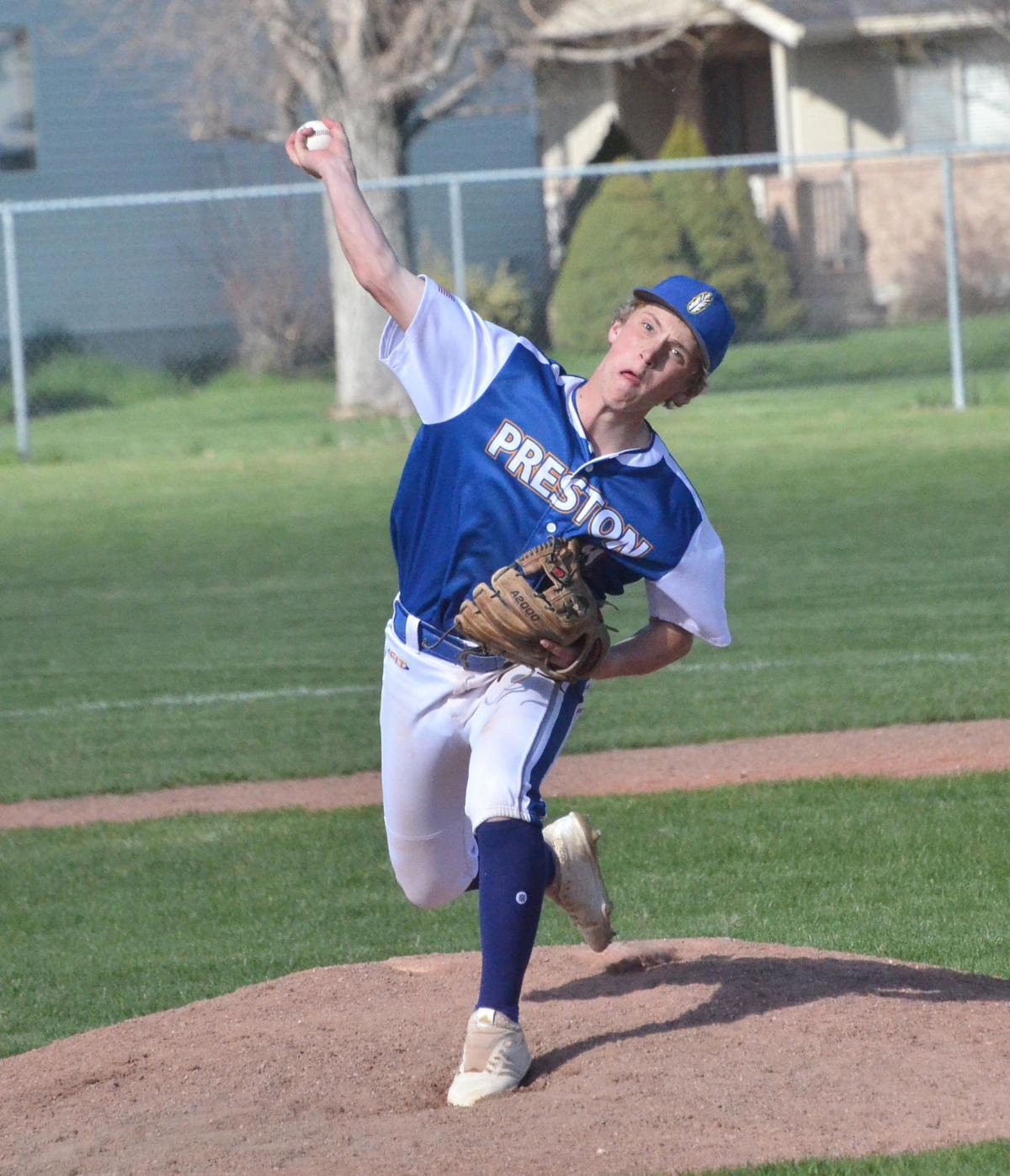 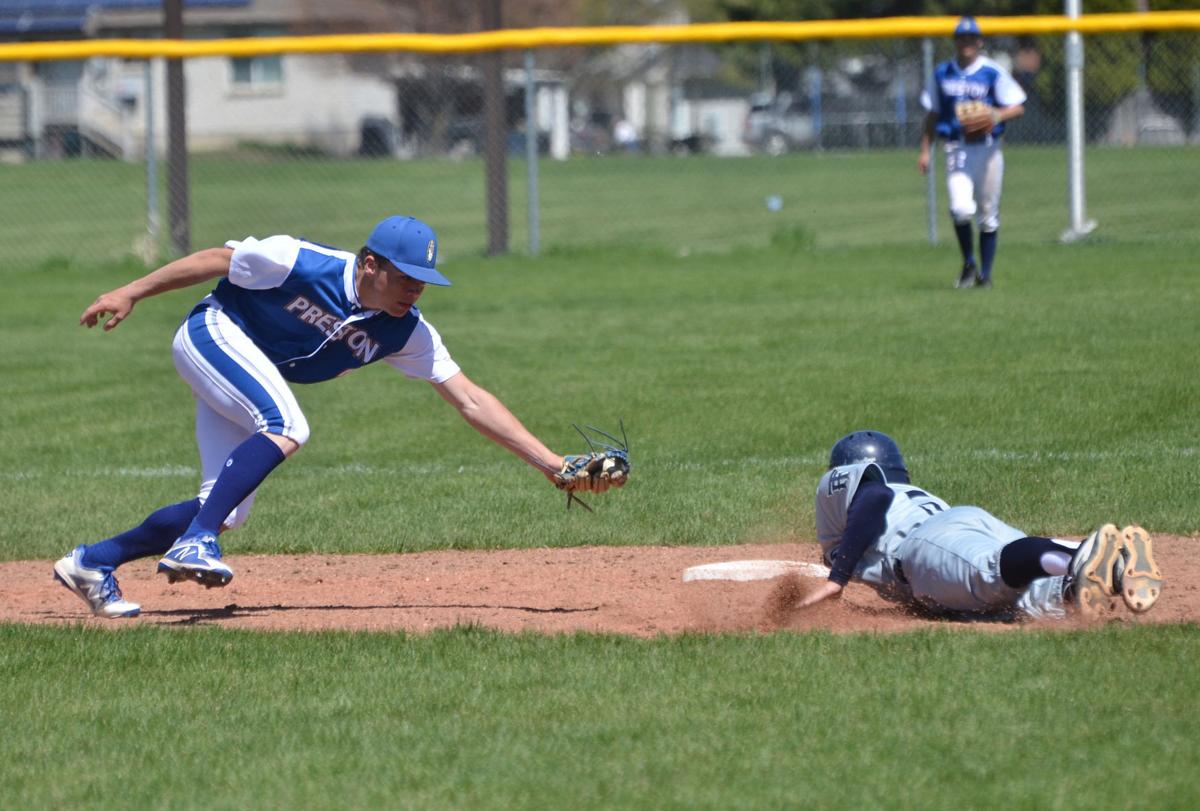 They didn’t get to play a single game during their final high school season, but the baseball careers of former Preston teammates Isaiah Finlayson and Dillon Haslam are far from over.

Walla Walla and Blue Mountain compete in the Northwest Athletic Conference (NWAC) and in the same division, to boot.

“Yeah, it was pretty big, especially where it was my senior year, it gives me another chance to keep playing so it doesn’t end just right there,” haslam said when asked if this opportunity eases the pain of a canceled senior season. “And it’s kind of something I’ve always wanted since I was little, so it’s amazing that I got the opportunity to keep playing, especially with the team out there in Walla Walla.”

haslam was recruited by a couple of other teams in the NWAC — a pretty popular landing spot for athletes from Cache Valley — but his visit to Walla Walla had a different feel to it. The son of Donna and Jeff haslam was able to practice with the team and even caught a bullpen session for one of the Warriors’ pitchers.

“I really liked their coaches and their whole program,” haslam said. “I just felt different when I went there (compared to the other schools). The coaches ... seemed like they were going push me to be the best ball player I could be. And something else is I really liked their school. They gave me a tour of their campus and they talked about all of their different programs, and just the whole environment seemed right, like the right fit. And then also just the community, it seemed like I would be right at home up there, so that was big.”

The Warriors, who recruited Haslam as a catcher and utility player, were 4-3 this spring when play was halted due to the COVID-19 pandemic. Walla Walla went 17-25, including 15-13 in conference play, during the 2019 campaign.

Haslam sparkled at the plate and defensively as a catcher during his junior season at Preston. No. 9 ranked first among all Cache Valley players with his splendid .508 batting average and also contributed with 33 hits, including eight of the extra-base variety, 11 RBIs and 17 runs.

haslam was also one of Preston’s top options on the mound as he finished second on the team, behind only Finlayson, in appearances and innings pitched.

Finlayson and haslam starred for Malad’s legion program last summer as they helped propel the Dragons to a berth in the Single-A state tournament. In Malad’s wild 8-7 victory over Treasure Valley at the state tourney, the two local athletes combined for seven hits, and haslam came through with the go-ahead RBI single in the ninth inning. Additionally, Finlayson pitched the final six innings of that game and held Treasure Valley scoreless during the final five frames.

haslam, a second-team all-conference and first-team Herald Journal All-Valley selection as a junior, is looking forward to playing against Finlayson in the future.

“It’s pretty cool because me and Isaiah have been playing together since eighth grade,” said haslam, who pitched two scoreless innings and struck out two for the Providence Wolverines in Tuesday’s game against the Brigham Peaches. “We’ve been playing pretty much year around with each other, so we definitely know each other pretty well and we’ve been good buddies since eighth grade. ... We talk about it all of the time about how we’re excited we get to play against each other.”

Finlayson concurred, although he did admit “it’s going to be weird for sure” seeing his friend in a different uniform.

“Yeah, I’m super stoked about that,” Finlayson said. “With me and Dillon ... when I’m pitching, my favorite guy to throw to is Dillon, and he’s such a great catcher. You know where you have an 0-2 count, you can throw a curveball in the dirt and have (an opposing base runner) on third, and trust that Dillon’s going to make that block. And I’m just super excited to see how he does and see how we do playing against each other.”

Does Finlayson anticipate any friendly banter when the two former high school teammates square off?

“I mean, Dillon’s a pretty quiet guy, so I’m not big into trash talking with him, but I’m actually going to be playing against my cousin (Pocatello High graduate Trei Hough) too,” Finlayson said. “He goes to Treasure Valley (Community College) and that gets pretty fun to trash talk with him. He’s a good trash talker.”

Like haslam, Finlayson has competed at the varsity level ever since he was a freshman and was a first-team all-valley honoree as a junior. The son of Mitch and Jessica Smith and Pono Finlayson enjoyed a big junior season as he batted .462 and led the Indians in extra-base hits (10) and strikeouts on the mound (63). No. 6 also chipped in with 11 RBIs.

The Preston native was also a very versatile performer for Preston’s football program. Finlayson rarely left the field during his eight games as a senior. He caught 29 passes for 363 yards and four touchdowns, returned eight kickoffs for 146 yards and was Preston’s starting punter and kicker on kickoffs. Defensively, Finlayson recorded 18 tackles, 2.0 tackles for loss, 1.0 sack and one interception, and he broke up five passes.

“It’s been my dream since I was young to play college sports, especially college baseball,” Finlayson said. “Football was always kind of a thing I loved doing, but there was always something that really struck me when baseball started. It was always easy to motivate myself to lift and to go in early mornings and hit.”

Finlayson was also offered baseball scholarships by the College of Idaho and Culver-Stockton College, but his best offer was from Blue Mountain, which recruited him as a middle infielder and pitcher. The College of Idaho, an NAIA program, only wanted him to pitch.

Also, the decision to sign with the Timberwolves was an easy one because of the rapport Finlayson was able to build with head coach Brad Baker. Blue Mountain went 22-23 last spring, including 11-17 in the NWAC. The T-wolves were 7-5 this season before everything came to a screeching halt.

“She’s a big reason why I am where I am,” he said. “Family’s a big thing for me and my family’s always motivated me to be the best guy I can and the best player I can.”

Finlayson and haslam both asserted this spring could been a special one for Preston, which returned seven starters and brought in some talented newcomers.

“The not playing senior year aspect of it was more saddening for the fact that this was going to be a really good year for Preston,” Finlayson said. “For me, I knew I was playing after my senior year, so it wasn’t a big personal thing, but more of a thing that I was really excited to see what our group of guys were going to do this year with the few freshmen and sophomores and juniors that were looking really good during winter workouts. ... I feel like this year would have been one of the best seasons that we’ve had in a really long time.”

“It sucks that I didn’t get my senior year because especially this year, our team at Preston, we had a good group of guys and we definitely were going somewhere this year,” said haslam, who was one of three Preston seniors. “... They’re definitely going to be really good next year.”