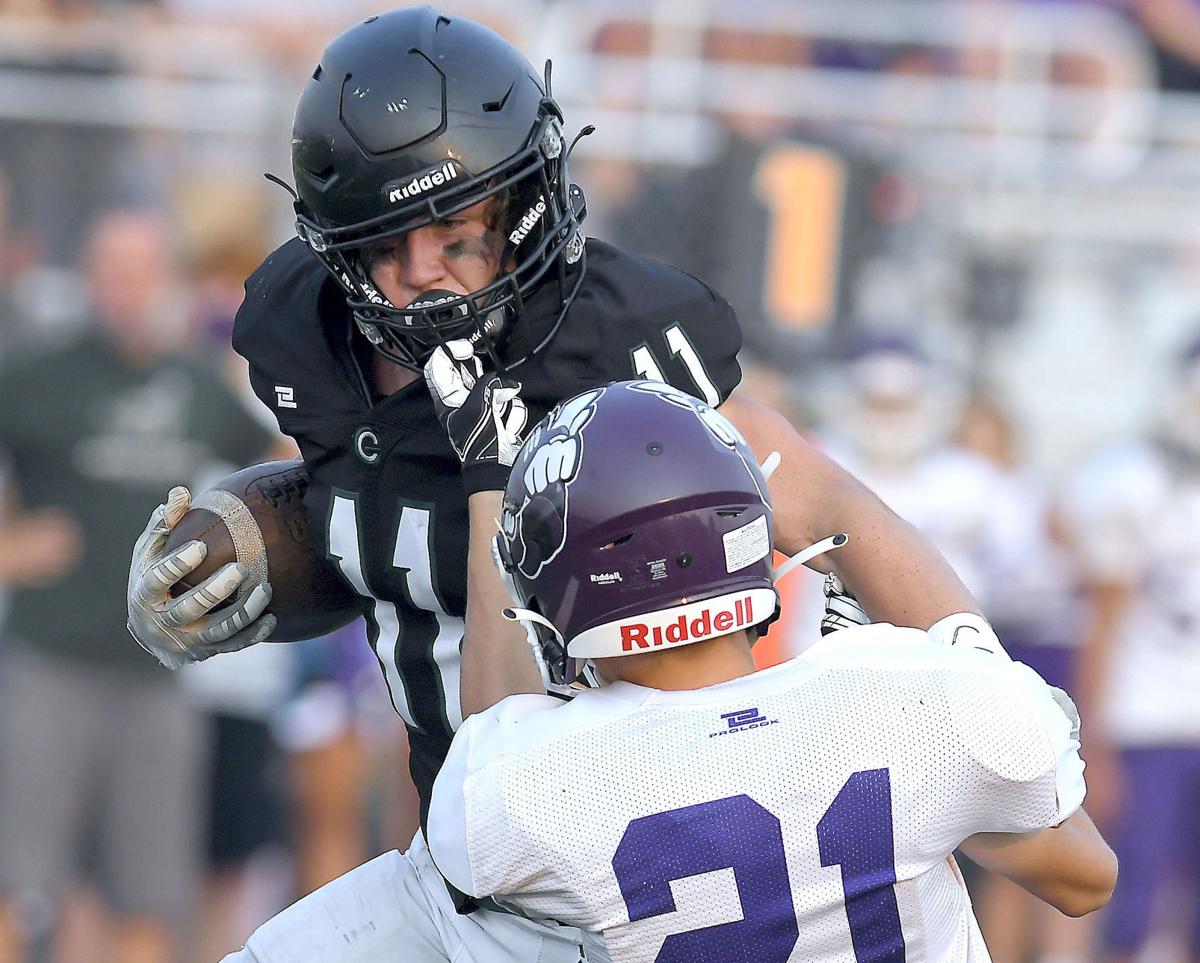 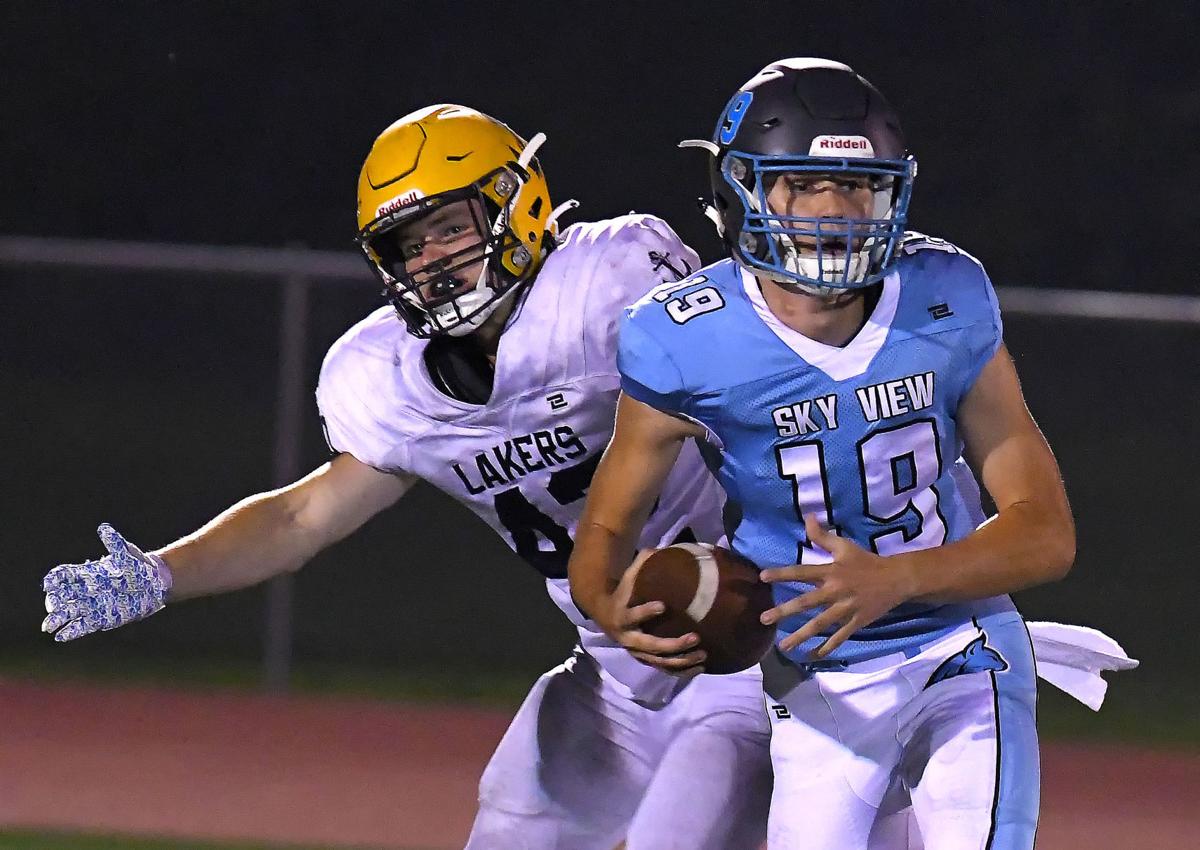 With Cyprus pulling the plug in a scheduled game at Ridgeline, there were only five Region 11 football teams in action last Friday.

The region emerged with a winning record as Green Canyon downed visiting 5A Box Elder in thrilling fashion, 30-29, Sky View rolled over 5A Bonneville, 42-21, and Bear River held on at home against always tough 3A Morgan, 20-14. Mountain Crest come up on the short end at 5A Wasatch, 20-6, and Logan also lost on the road, falling to Stansbury, 38-6.

Cyprus had two athletes test positive for COVID-19 early last week and made the decision to not make the trip to Cache Valley. The Riverhawks scrambled to try and find an opponent, but ended up sitting last Friday night.

Logan is supposed to play at the 6A school located in Magna this Friday. It was confirmed Monday that the game was on.

Looking back at last Friday, the most exciting ending came in North Logan. It was not looking good for the Wolves (2-0) when they fell behind by two scores late in the third quarter in their home opener. Green Canyon did not give up.

That Green Canyon even found itself inside the 5-yard line with a chance to win the game was a miracle unto itself. Not so much that its Friday-night foe was an insurmountable opponent, but because the Wolves had many struggles throughout the evening. From costly turnovers to wasted opportunities when they forced turnovers and punts themselves, there were half a dozen plays in Friday’s game that could have led to the game swinging fully in the Bees favor.

Aside from being a thrilling and exciting comeback, the game held a special note for one of its players who is being forced into an early retirement. Wide receiver Carson Gerber, whom doctors diagnosed with a tumor inside his tibia, was cleared to play just one more game his senior season. He saw some action during the night, catching two passes for 12 yards.

“They had something special inside of them for Carson tonight,” Anhder said. “What an incredible thing.”

A few miles north of Green Canyon, Sky View was once again racing out to a big lead. This time the Bobcats (2-0) built a 42-7 lead before playing the back ups some of the third quarter and all of the fourth.

This time Sky View did not let the opponent even get a sniff of trying to come back. The hosts scored touchdowns on their first three possessions of the first half and repeated that in the second half in cruising to 14th straight win, dating back to last season.

“I think our starts show the great preparations we have, and the great game plan the coaches have,” said SV quarterback Kason Carlsen, who passed for 203 yards on 14 of 17 attempts and two TDs and rushed for 76 yards and a score. “We want to start fast. After last week, we just wanted to keep that pedal down and not let up. ... We learned from last week and knew this was going to be tough team because Bonneville is a tough team.”

The Lakers (1-1) scored late in the third quarter and late in the fourth quarter to make the final score look a little closer.

A few costly turnovers and penalties ultimately prevented Mountain Crest (0-2) from having an opportunity to pull out a big win on the road. Wasatch (2-0) turned a pair of Mustang turnovers into touchdowns, and that was the difference Friday night in Heber City.

“We had a good game plan and played hard,” MC head coach Jason Lee said. “The bottom line is we are killing ourselves with turnovers, dropped snaps, missed assignments. We will eliminate those things and we will be fine. Our kids fight and just keep bringing it. That is one thing you count on (from this team).”

Camden Oswald found paydirt on a 4-yard run midway through the fourth quarter for the Mustangs. The Mustangs had a touchdown on a second-quarter screen pass to Tony Lopez wiped away due to a penalty.

The Grizzlies (0-2) capped off a 10-play drive with a 2-yard plunge into the end zone by Matthew Mason early in the fourth quarter. Mason, who gained 58 yards on 10 carries, scored one play after the Stallions were whistled for a roughing-the-passer penalty. Logan went for two and didn’t convert.

Bear River (2-0) used two short-yardage runs and a punt return to build a 20-0 lead. However, Morgan (0-1) made it interesting with two defensive TDs in the fourth quarter.

The third week of action will see the Idaho schools join the fun as Preston and West open their seasons on the road. Two Cache County teams actually travel north to face opponents from the Gem State this week. Mountain Crest takes on Bonneville (Idaho Falls, Idaho) Friday afternoon at 4 at Rexburg, Idaho. On Saturday, Sky View takes on Highland on a neutral field in Rexburg.

Jason Turner and Jason Walker contributed to this story.