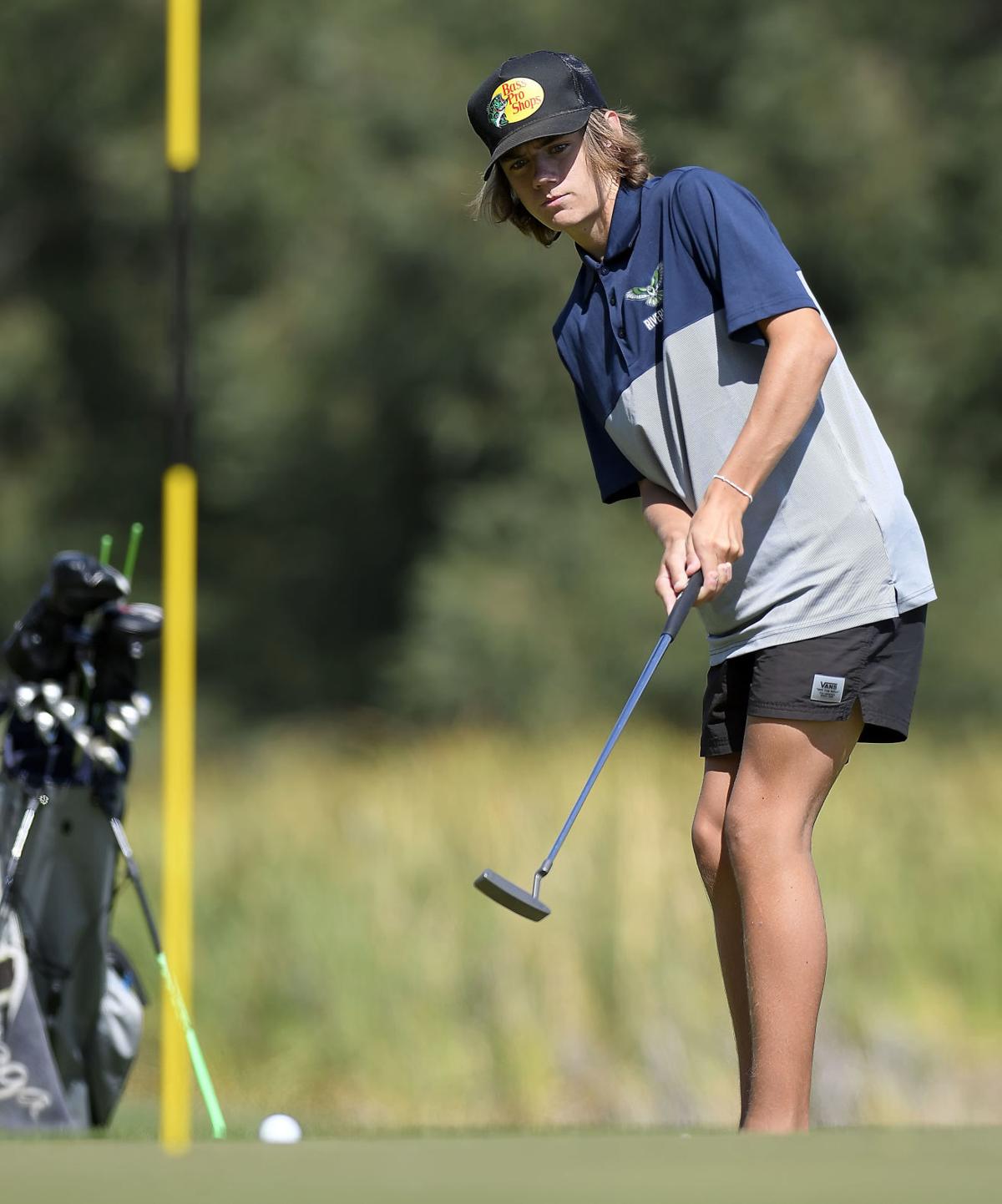 Ridgeline’s Fletcher Hamblin putts the ball on the fourth hole at the Logan River Golf Course on Thursday. The Riverhawks were the top team in Region 11 once again. 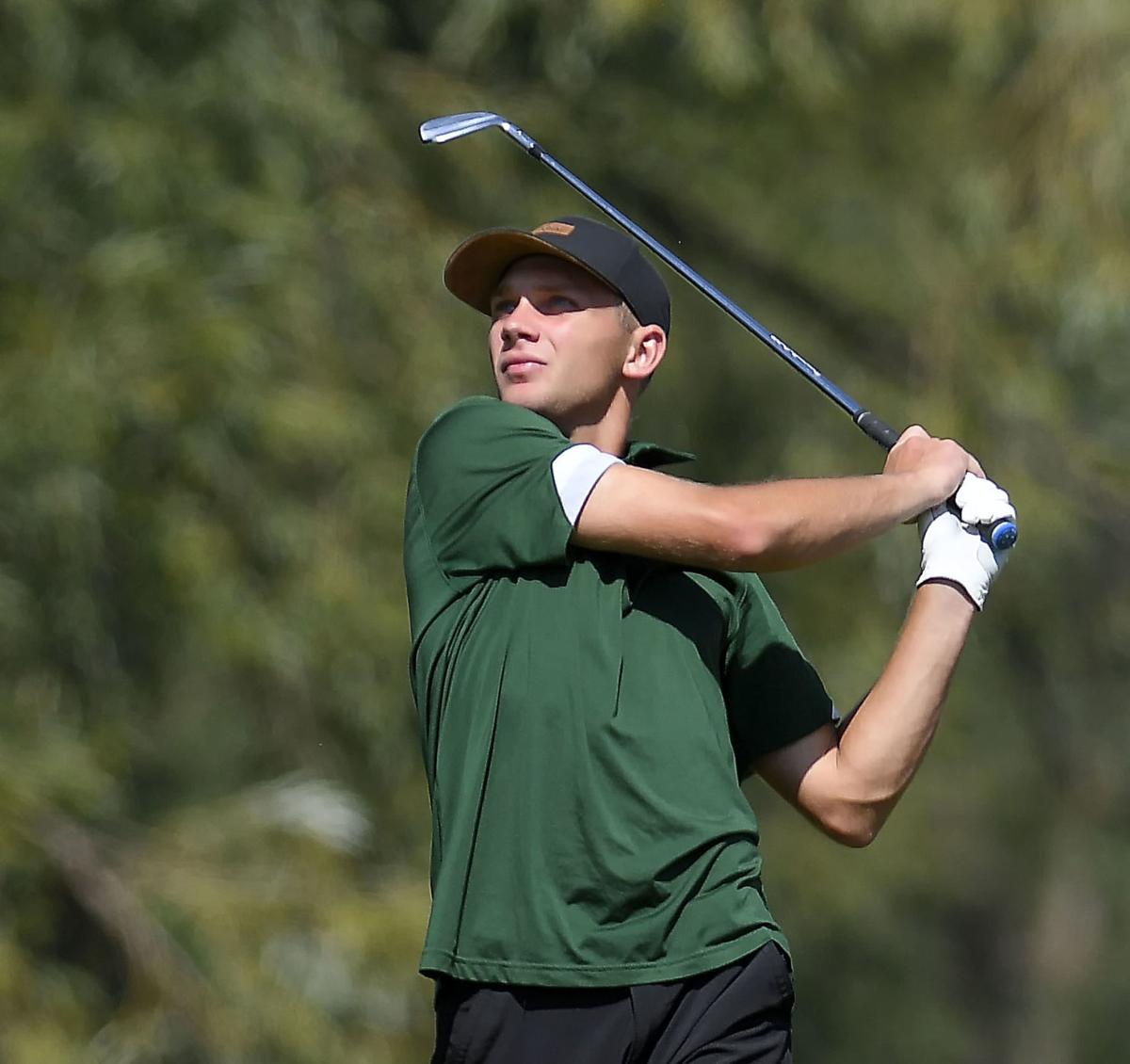 Green Canyon’s Kenden Blotter hits his tee shot on the fourth hole at the Logan River Golf Course on Thursday. 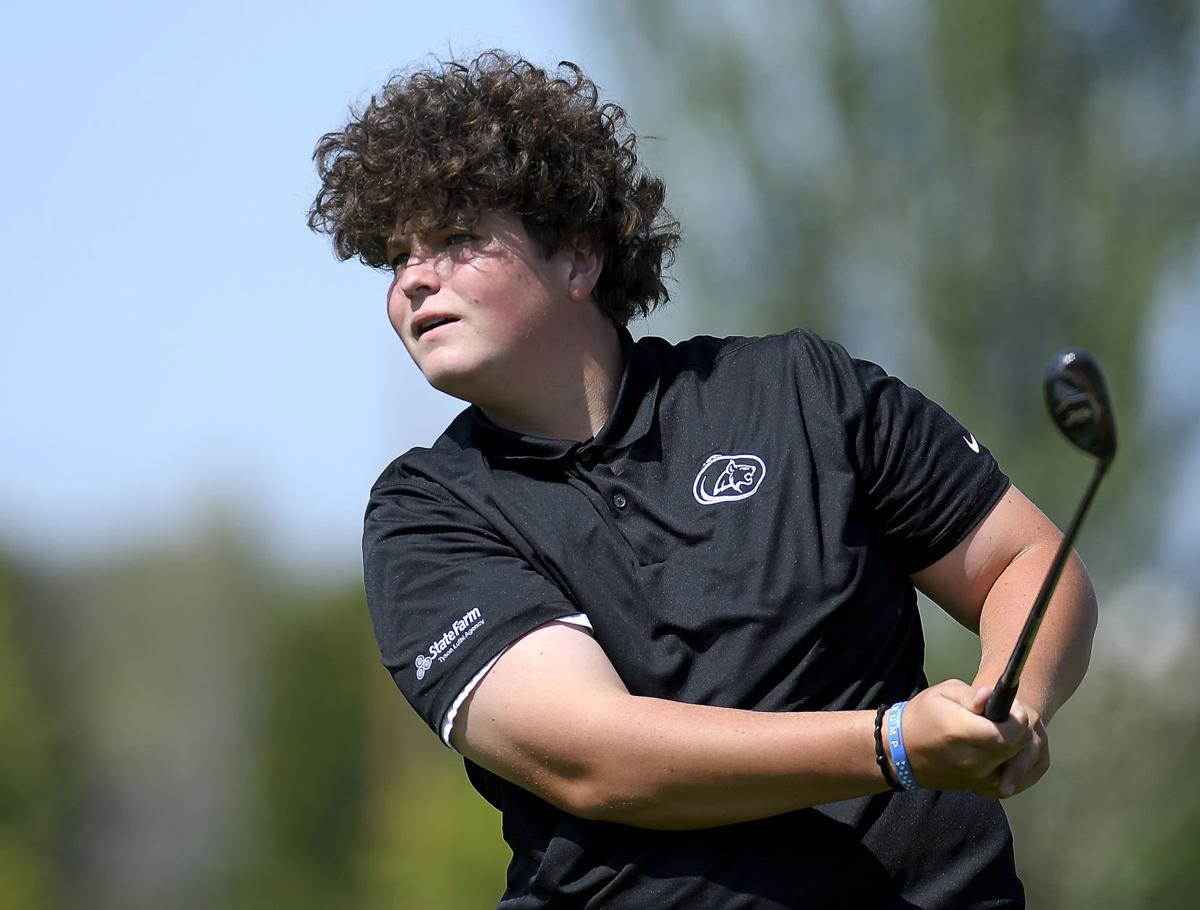 Sky View’s Spencer Sadler hits the ball on the first hole at the Logan River Golf Course on Thursday.

Ridgeline’s Fletcher Hamblin putts the ball on the fourth hole at the Logan River Golf Course on Thursday. The Riverhawks were the top team in Region 11 once again.

Green Canyon’s Kenden Blotter hits his tee shot on the fourth hole at the Logan River Golf Course on Thursday.

Sky View’s Spencer Sadler hits the ball on the first hole at the Logan River Golf Course on Thursday.

On a picture-perfect day at the Logan River Golf Course, the Riverhawks once again showed their depth and took another step closer to a Region 11 title in boys golf. Scores went up a little compared to a week ago when Ridgeline also won, with the exception of Logan.

The Grizzlies made some big strides in finishing second Thursday. Tough pin placements didn’t seem to bother the hosts.

“I thought the pins were easier to hit today, and the greens were a lot faster,” Logan junior Porter Seamons said. “It was just a good day.”

While Logan jumped from fifth to second from a week ago, Ridgeline remained the team to beat. The Riverhawks had all four of their golfers that count toward the team score in the top 11. Ridgeline finished with a 311, while Logan was just five strokes behind with a 316.

“What really helped us today was Logan playing great on their home course,” Riverhawk coach Sam Lindley said. “Bear River and Green Canyon have been nipping at our heels. That gives us a little distance. We felt like if we could win one more match that would put us in the driver’s seat.”

Rounding out the team scores were Bear River (318), Green Canyon (321), Sky View (322) and Mountain Crest (340). The team results were almost identical from a week ago at the River, with the exception of Logan and Sky View trading places.

“We are very pleased with the boys,” Lindley said. “When you can have three or four in the 70’s on a regular basis, you are going to be tough to beat. We’ve been having some tough team scores. ... We don’t only have good golfers, but they are good kids.”

The medalist was Jarret Giles of Bear River. The senior carded a 2-over-par 73 to win by two strokes. He is also in front in the individual season standings.

“I hit the ball better today (than last week) and putts started falling,” Giles said. “... I just want to keep playing and not worry about that (individual standings).”

Ridgeline was led by Zach Skinner. The sophomore was five strokes better than last week as he shot a 75 to tie for second. What did he do different this time?

“I didn’t hit driver off every tee,” Skinner said. “I used the line on the ball. I saw where Paul (Miller of Logan) had said that last week. I figured that might work, and that worked well. Mostly, I was just better off the tee.”

“We have some other guys playing well for us,” said Skinner, who had three birdies during his round. “Our third and fourth guys are doing well, and that’s been awesome. It really helps.”

Skinner nearly made an eagle on the par-4 10th hole. His drove the green, but came up short on a seven-foot putt for eagle.

“I had to settle for a tap-in birdie,” Skinner said. “It was a fun round with a lot of pars. ... My irons off the tee and from the fairway were good today. The pins were behind bunkers and tucked away, so it was a little more difficult, but it was good.”

Like Skinner, Porter Seamons made big strides on the second day at the River. He tied with Skinner for second with a 75, improving by eight strokes.

“I just wanted to hit the greens and be aggressive,” said Seamons, who had one birdie. “... My chipping and putting was working today.”

The Grizzlies had three players among the top 11 as Ty Anderson (77, tie for sixth) and Paul Miller (80, tie for 11th) joined Seamons.

“It all came together this week as a team,” Seamons said. “It helps that Ty Anderson shot a 77. We just got lower scores this week.”

Hayden Howell was the lone Bobcat among the top individuals, carding a 76 to tie for fourth.

There are just two regular season outings left. The boys are back in action Monday at Birch Creek Golf Course in Smithfield.

“We will see how Birch goes, then we have our home course (Logan Golf & Country Club),” Lindley or Skinner said. “But we traditionally don’t play very good on our home course.