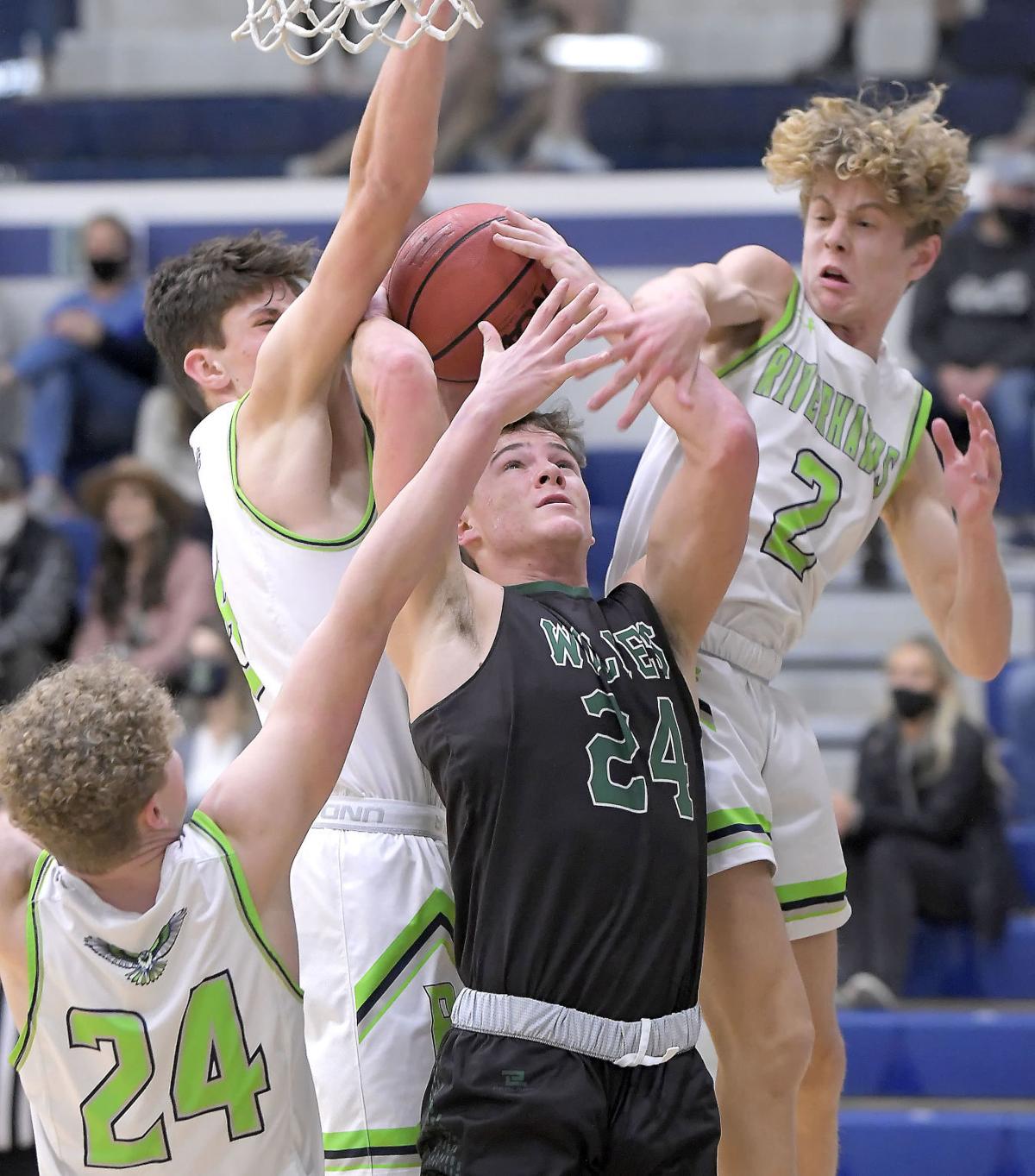 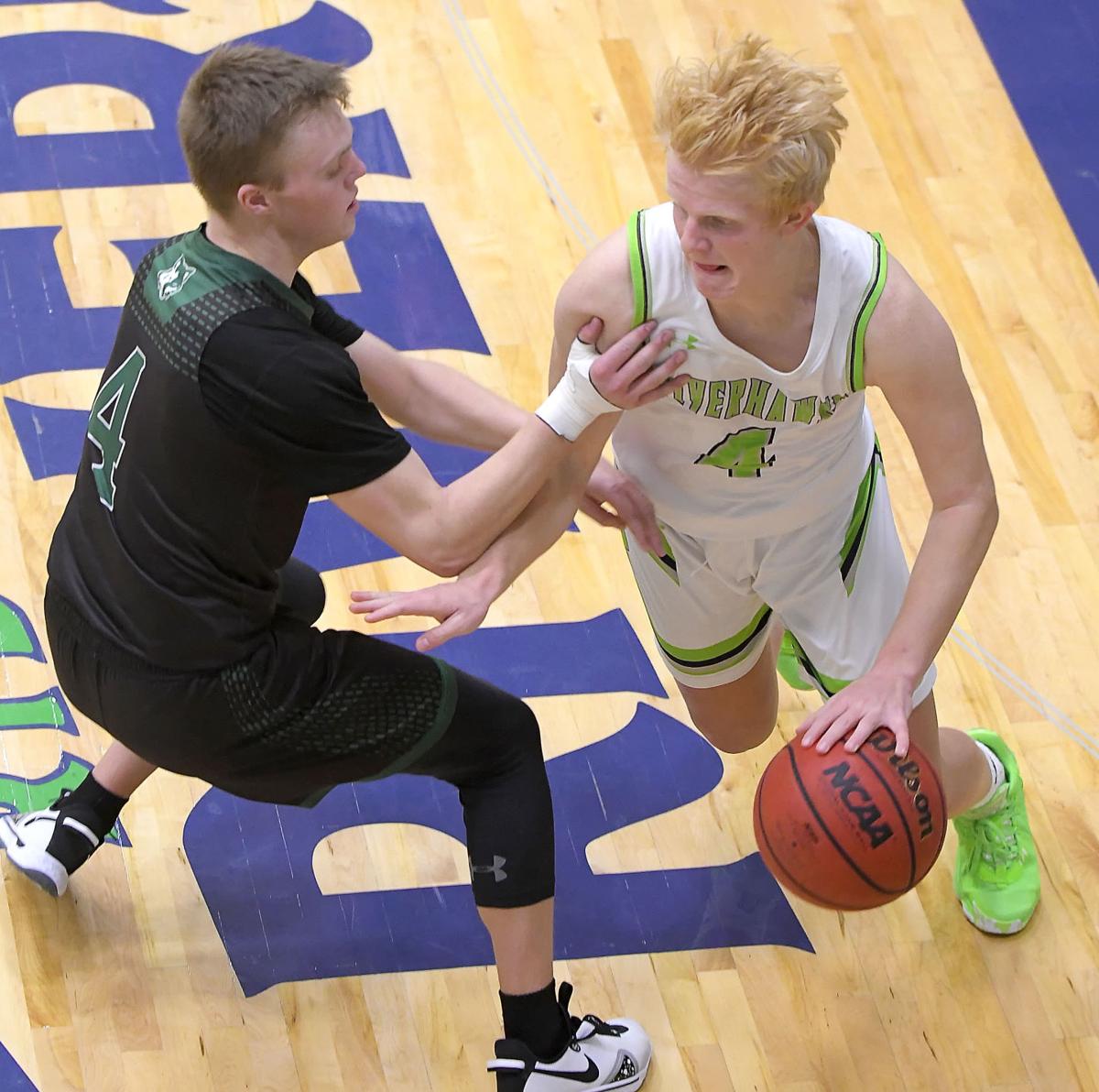 The Riverhawks scored the first seven points of the boys basketball game against Green Canyon and never looked back, building a 22-point lead at one point. Ridgeline went on to tame the Wolves, 65-49.

“Our record really doesn’t show how good we are,” said Riverhawk junior Peyton Knowles, who finished with a game-high 19 points. “We’ve played some good 6A teams, but hopefully that will help us and we can win region this year.”

Back at full strength now for the first time this season, Ridgeline (6-7, 1-0 region) looked sharp throughout most of the contest. The Riverhawks outscored the Wolves (7-6, 0-1) in each of the first three quarters.

“This is a great start in region,” Ridgeline head coach Kyle Day said. “To get through the gauntlet we have been through and to get to region with everyone, it’s pretty good.”

The Riverhawks have played a handful of 6A schools and one of the top 5A teams in the Beehive State. Facing stiff competition in the region now won’t be anything new.

“We respect everybody we play,” Day said. “Green Canyon is a feisty, good team. They have had a good preseason and we knew they would come after us.”

While Ridgeline seems to be hitting its stride at the right time, Green Canyon is struggling a bit. Leading scorer Cade DeBoard is not at full strength and was smothered by the Riverhawks on Friday.

“They (Riverhawks) did a good job on him (DeBoard) and certainly took him out of the game, and he is hurt a little bit,” Wolves head coach Dan McClure said. “But they did a really good job on him. We need to find a way to continue to score when he is not scoring. We’ve got to get better.”

Green Canyon struggled to find the bottom of the net early on and had issues at times with turnovers. The Wolves had 12 turnovers through three quarters.

“We dug ourselves a pretty good hole, and they (Riverhawks) are too good,” McClure said. “They are really sound defensively and guard you so well. If you dig yourself a hole like we did, it’s really hard to get back.”

Joining Knowles, who had couple of blocks, in double-figure scoring for the Riverhawks was Kaden Cox (14) and Jake Smith (13) off the bench. Cox hit four 3-pointers in the game as Ridgeline sank nine from long range as a team. Chase Hall added eight points and a team-best six rebounds.

“It helps when we make some shots,” Day said. “Once Kaden and Jake and Chase all hit threes in the first half, the floor opens up for Peyton. He (Knowles) was great on both ends of the floor. Everybody who played, played well.”

Ridgeline had 18 assists on 24 made field goals. Spencer Adams and Hall had five dimes each, while Knowles and Cox each had three assists.

Brady Smith led the Wolves with 17 points as the junior heated up in the second half with 15 of his points coming after the break. Jake Lundin netted 14 points and grabbed five rebounds. Jared Anderson had eight points off the bench. Jace Blotter led Green Canyon with six rebounds and five assists.

The Wolves had eight empty possessions to begin the game as the hosts built a 7-0 lead. Green Canyon did not score until five-and-a-half minutes into the game when Anderson hit a 3-pointer.

Ridgeline got six points from Jake Smith in the first quarter and took a 13-7 lead into the second.

“We started hitting some shots, but then they did too,” McClure said. “They hit some shots that we were planning on giving them and hoping they missed and they didn’t. They are a really good team.”

Knowles hit a trey, and Adams went coast-to-coast after making a steal for a layup near the end of the opening half to give the Riverhawks a 34-24 lead at halftime. Coming out strong was the goal for the hosts to start the second half as well.

“We talked about energy in the locker room that we’ve got to come out fast and hard,” Knowles said. “We try to amp the defense up first and let the offense come to us and get transition points.”

Knowles made two quick buckets to start the third quarter. Will Booth made a 3-pointer, and Jake Smith converted a three-point play to give the Riverhawks a 51-31 lead going to the final quarter.

“We know that wins are built on defense and we pride ourselves on that,” Day said. “To set a tone in the first and third quarter like we did, to hold them to seven points in each quarter was big.”

Knowles made a layup off a pass from Hall to start the fourth quarter and give the hosts their largest lead of the game, 53-31.

“We’ve been pretty strong on defense this year, and I think that is something we excel at,” Knowles said. “... Our coach emphasizes the first four minutes of the third quarter. He said that determines the game.”

Brady Smith scored 11 of his points in the fourth and all seven during a 7-0 run. The Wolves got within 13 points with 3:49 to play, but could get no closer.

Both teams went to their benches in the final minutes.