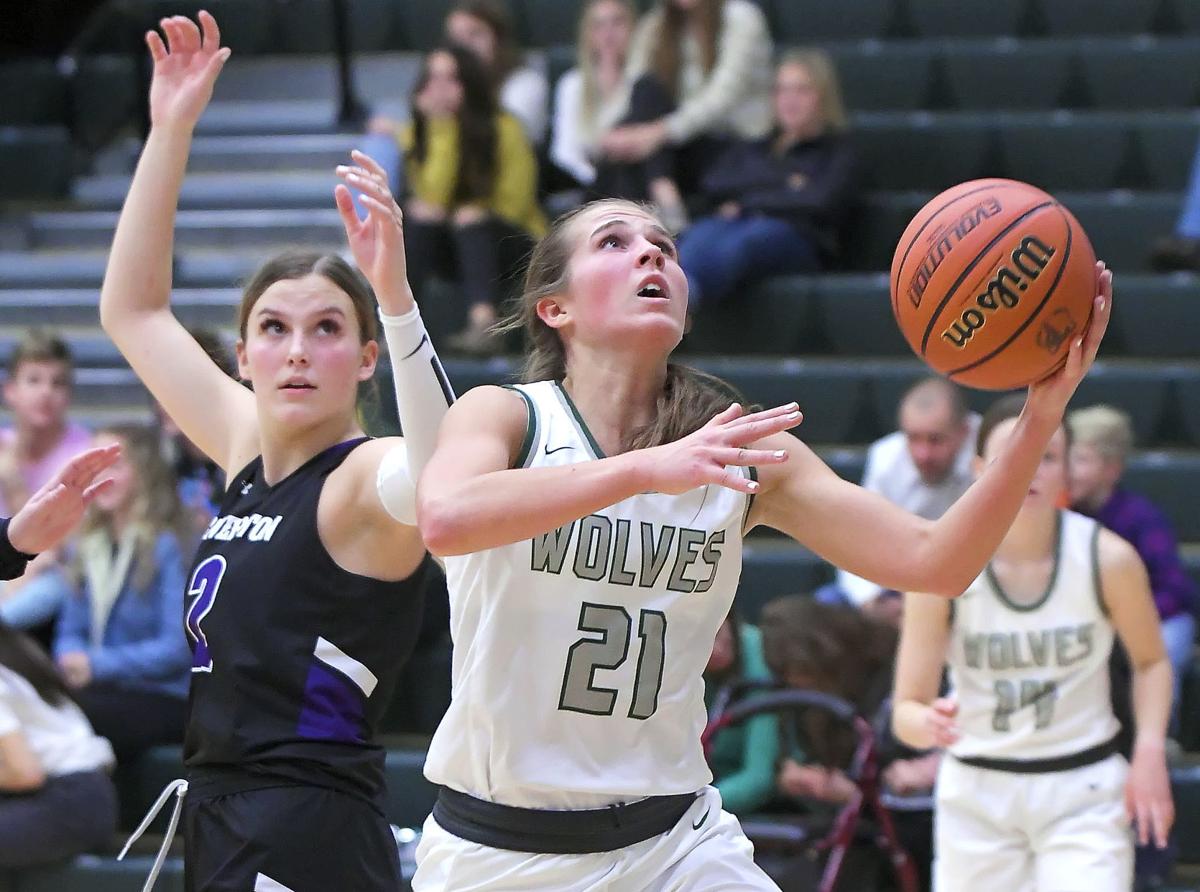 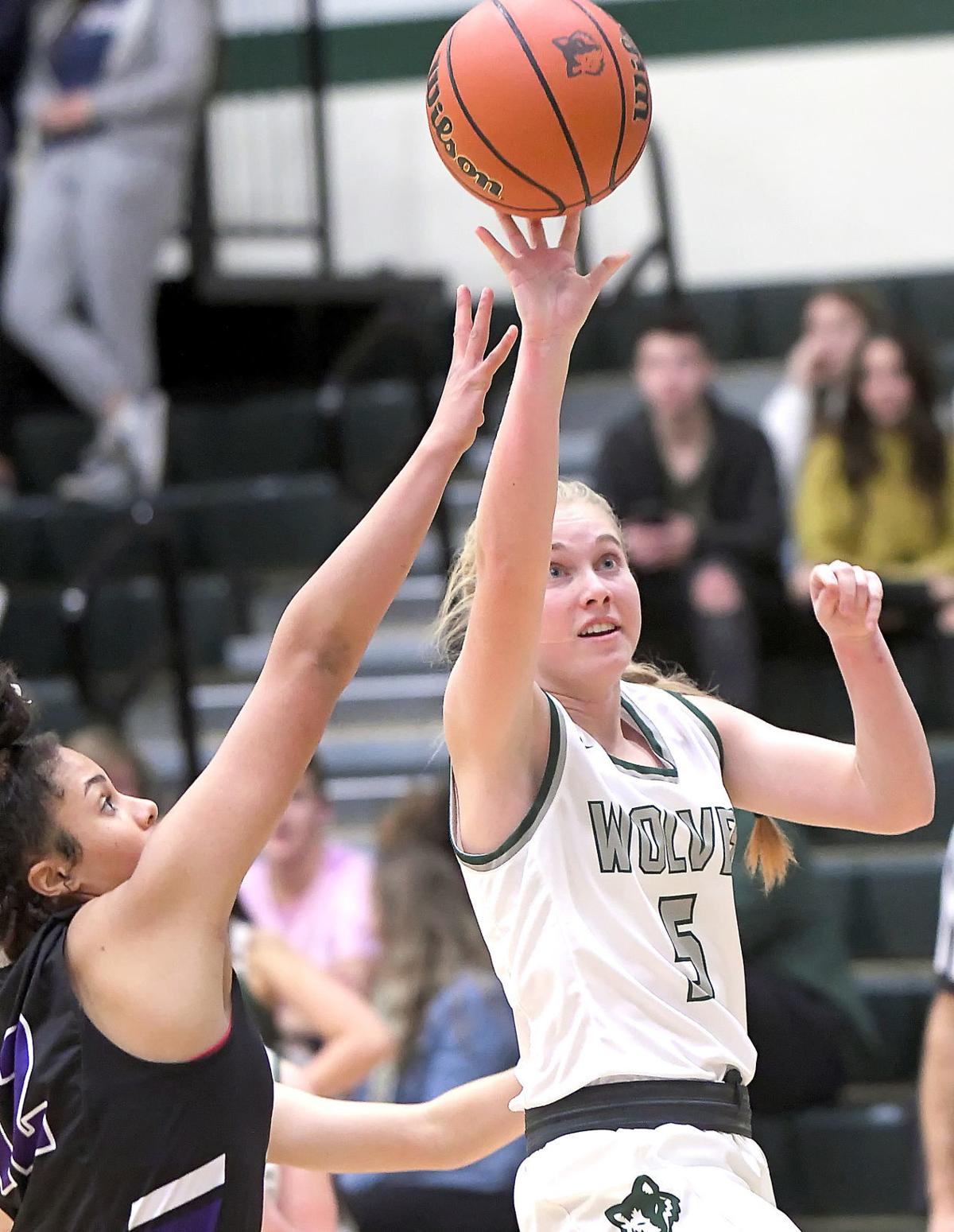 NORTH LOGAN — Green Canyon’s girls basketball team got run off its own court Friday night by 6A side Riverton, losing 78-46.

Despite owning Region 11’s best record entering the game, the Wolves (9-2) simply failed to handle the length and athleticism brought to the hardwood by the Silverwolves (5-5).

For roughly the first four minutes of the game, GC weathered the length, athleticism and Riverton three-quarter court press well, owning a 12-10 lead at the 3:28 mark in the first quarter. Then disaster struck. For the next seven-and-a-half minutes, spanning the first and second quarters, Green Canyon did not make a single field goal. Riverton took full advantage of the elongated drought by going on a 21-2 run.

The Wolves just managed to save face in the first half with a pair of 3-pointers and some free throws to avoid going nearly scoreless in the second. But an 18-point halftime deficit ballooned to over 30 and as much as 38 at one point early in the fourth.

“Give Riverton credit,” GC head coach Alexis Bird said. “They came ready to play. They played tough defense, got us to get some turnovers and we just didn’t hit shots like we wanted to.”

Turnovers were huge in the 21-2 run by Riverton. Green Canyon committed seven of them in the seven-minute span. Even giveaways aside, Green Canyon struggled from the field , going 15 for 54 overall (27.8 percent) and 0 for 12 during the crucial cold spell. The vast majority of those were jump shots as the Wolves only attempted 14 layups, though even there GC struggled with just six makes at the rim for a 42.8 percent rate.

Defensively, there was no answer from the Wolves for the all-around attack by the Silverwolves. Whether outside or in, everything made it to the bottom of the net. Riverton made 8 of 15 shots from deep, but also eviscerated the proud Green Canyon defense for 21 layups and 48 points in the paint. Length again had quite a lot to do with that success which Bird noted.

Despite just about everything going wrong the whole night, Bird kept a positive outlook that the game was just that: one bad night.

“It’s a learning experience. I’m not worried about this team. I think that they will bounce back,” Bird said, later saying: “It’s a good game to see how we can overcome adversity together. Yes, it’s a game we lost by 30, but this team, they like each other, they work hard. I have no doubt that on Monday they’re going to come back ready to work.”

Green Canyon remains one of the favorites for the Region 11 crown and enter region play still with the best record among its local competitors. The Wolves will face another test against last year’s region winner, Ridgeline. Until then, GC will have to sit on this loss, echoing Bird’s work-oriented sentiment.

A slow start could have doomed Sky View, as could have being outscored 13-8 in the fourth quarter. But the Bobcats overcame their own pitiful two-point first quarter — going down 13-2 after eight minutes of play — to tie the game 24-24 and take a 43-36 lead at the end of three quarters. SV then held off Highland to take home the close road victory.

“We got down early but the girls fought back,” SV head coach Vanessa Hall said. “Down the stretch, Macy Hellstern, Addey Merrill and Abbey Cantwell did a great job of taking care of the basketball against Highland’s pressure. We also had timely offensive rebounds from Kyleigh Traveller and Melanie Hiatt. It was a great team win.”

Hellstern led the Bobcats (5-7) with 16 points, including four made 3-pointers. Hiatt was close behind with 12 points and Gracie Rigby had eight with a pair of 3-pointers to her name.

Emma Anderson was a one-woman wrecking crew, matching Box Elder’s point total by scoring 29 by herself. She paired that with 14 rebounds for a dominant double-double.

“Emma was outstanding tonight and it was great to see her playing within the flow of the game,” RHS head coach Ainsli Jenks said.

Anderson scoring as many points as her opponent was only possible because of how dominant Ridgeline’s defense wound up being. Jenks, who emphasizes defense above just about everything, had high praise for her team’s effort on that end of the court.

“I would call tonight’s game our most complete defensive game,” Jenks said. “The girls worked hard for four quarters.”

Shelby Murphy chipped in with 10 points and seven rebounds for Ridgeline (6-4), while Brayli Jenks dished out six assists.

An explosive third quarter basically spelled game, set, match in favor of Jordan. Mountain Crest (5-6) held a slim 10-9 lead in a low-scoring game, but once the Beetdiggers turned up the heat on offense, the Mustangs simply couldn’t keep up.

“We overlooked them,” MC head coach Megan Smith said. “Thought we had them with what we saw in the first half. (Jordan) came out the second half a completely different team (and) we couldn’t make the adjustment.”

West Side came close to securing its first win of the 2019-20 campaign, but Fifth won the fourth quarter, 12-8, and held on for a 48-42 road victory. Kajsia Fuller netted a team-best 10 points for the Pirates, while Madi Barzee and Chloe Keller scored nine apiece.

“Great defensive effort from the girls,” WS head coach Bob Sorensen said. “Kajsia was solid as always and Kenlee (Nance) had a huge night on the boards. Madi Barzee continues to harass our opponents, and her and Chloe stepped up offensively. The girls continue to improve and this game taught them a lot.”