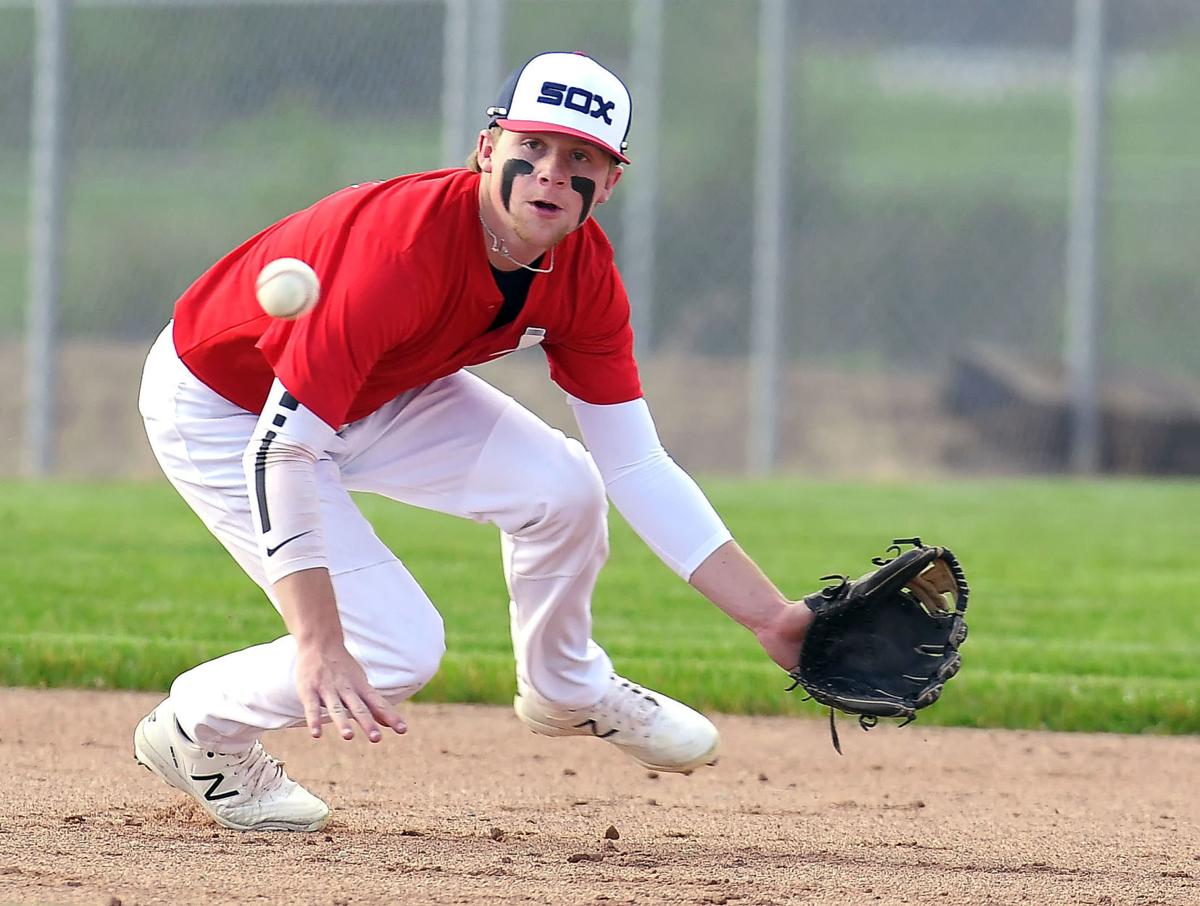 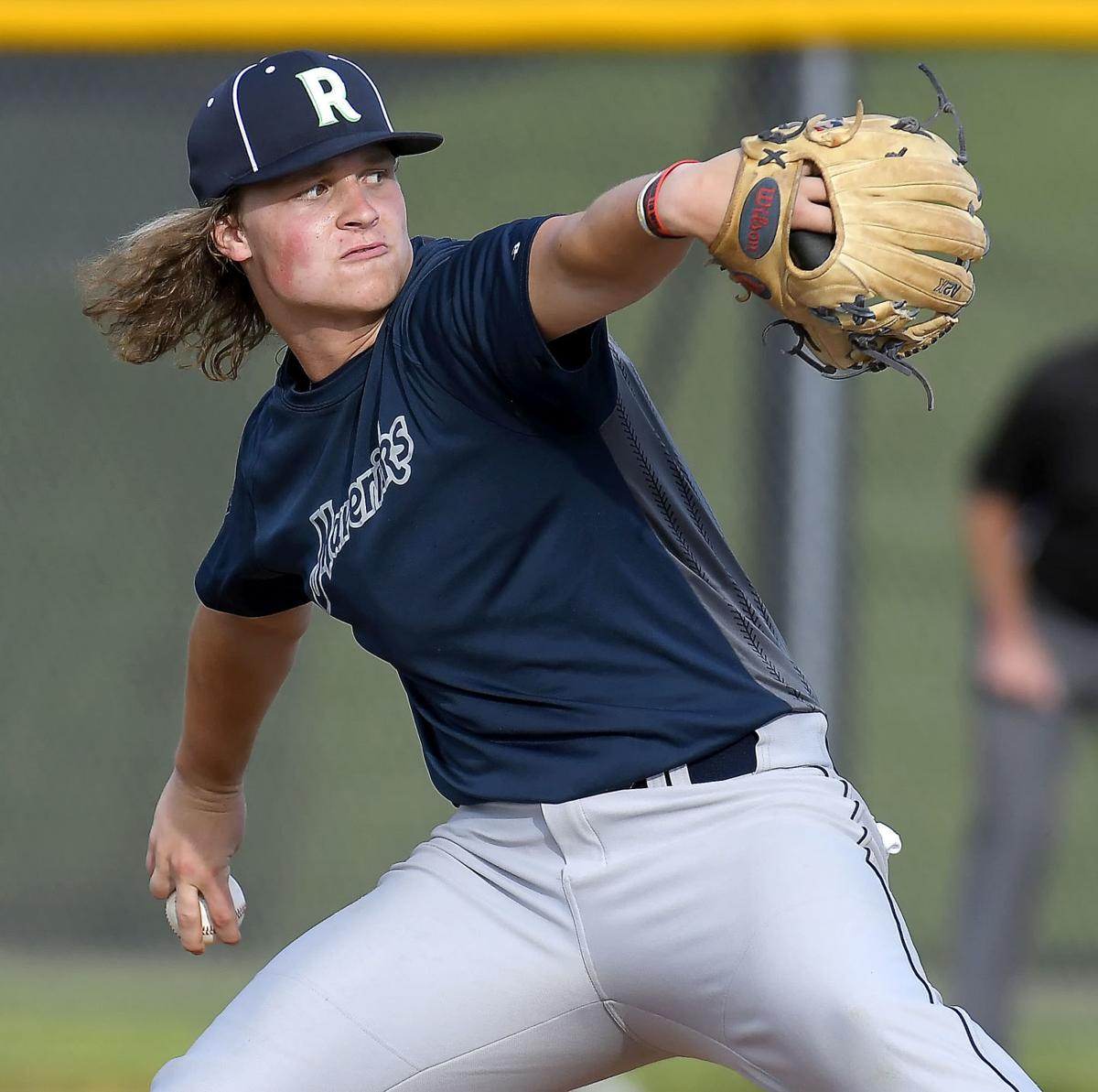 MILLVILLE — The future of the Ridgeline baseball program appears to be bright, but a savvy group of veterans prevented the Riverhawks from prevailing in their American Legion opener.

The Cache Valley Sox, a team comprised of recent Ridgeline and Mountain Crest graduates, struggled offensively for six innings, but pieced together some good at-bats during crunch time and rallied for a 2-1 victory in eight innings on a picture perfect Tuesday evening.

“Yeah, it was a tough at the first,” Cache Valley’s Daxton Purser said. “Everyone’s a little rusty, but it felt really good to come out and dig deep in those last couple of innings, and get some runs.”

The majority of the American Legion opener for both teams was dominated by the respective pitching staffs. For starters, Ridgeline’s Jaden Harris bottled up Cache Valley in the first six frames. Harris limited the Sox to zero runs on one hit — a Tadon Burbank infield single — struck out eight and only walked one.

A talented Cache Valley squad never really made solid contact on a Harris offering until the top of the seventh.

“It felt good,” said Harris, who was pleased with how he commanded his fastball and curveball. “I was just trying to throw as many strikes as possible and let my infield do the work. Throw groundballs and make outs, so it went pretty well.”

Led by Harris, the Mavericks appeared to be on their way to a 1-0 triumph, but Burbank and company didn’t fold. Burbank, the 2019 Herald Journal All-Valley Player of the Year, laced a Harris pitch off the fence in left field for a lead-off double in the top of the seventh.

Purser, Cache Valley’s ensuing batter, came through with a RBI single up the middle to knot the score at 1-1.

“(Harris) threw a good game,” Burbank said. “He located well and threw all three pitches really well. And we just came out in the sixth or seventh (inning) and we just decided to focus on putting the ball in play, and good things happened.”

What adjustments did Burbank feel his squad was able to make against Harris?

“I think we started to hunt the fastball a lot better because his curveball and his change-up, they were really getting to us,” he said. “We couldn’t really hit that, so I think we just hunted fastball early in the count and put that in play.”

Marshall Hansen pitched the eighth inning for the Mavericks and did a solid job. Nevertheless, Cache Valley’s Dane Folkman and Cooper Murphy were able to connect just well enough on a pair of groundballs to reach base. Hansen plunked Burbank on the ankle with the bases loaded, allowing Folkman to score what proved to be the winning run.

Purser retired the Mavericks in order in the home half of the eighth to slam the door. The future Salt Lake Community College player pitched the final four frames for the Sox and only allowed one hit and one walk, while fanning nine. Purser put the clamps on Ridgeline thanks in large part by consistently getting ahead in the count.

“It felt really good, honestly,” Purser said. “To throw strikes is obviously the key to the game, so going out there and throwing strikes was nice, and helped the team out a little.”

Caleb Archibald started on the mound for the Sox and limited the Mavericks to one run on one hit and three walks. Archibald struck out six.

Ridgeline plated its lone run in the third inning on a well-struck single to right field by Evan Webb. The Mavericks would have scored again a couple minutes later, but Folkman, Cache Valley’s left fielder, made a diving catch to rob Jake Astle of a hit.

The Mavericks were able to put at least one runner on base in five of the eight innings, but ultimately stranded seven, including three in scoring position. Regardless, it was an encouraging performance for Ridgeline.

“We can build on (this game) a lot,” Harris said. “It’s tough to lose a close game like that, but it just comes down to the little things, and once we (shore) those up we’ll be able to close those games out and get the wins.”

Blacksmith Fork came through with four runs in the bottom of the sixth to rally past Logan on Tuesday evening. Caden Jones scored the winning run on an error.

The Trappers racked up 13 hits, including three by Koleman Foulger, who tripled. Jones, Dax Roundy, Miles Hancock and Kaden Deeter contributed with two base knocks apiece, while Brayden Schiess drove in three runs.

Porter Leishman pitched the final two frames for the hosts and kept the Grizzlies off the scoreboard.

The Grizzlies scored five of their runs in the top of the fourth.

Wednesday was a good day for the two Cache County teams in action. The Cache Valley Sox traveled to Brigham City and swept a doubleheader against Box Elder, while North Cache shut out Bear River at home.

Stetson Karren threw a complete-game gem for North Cache, which bounced back nicely from its 20-3 loss to Green Canyon on Monday. Karren limited the Bears to four singles, struck out six and only issued a pair of free passes.

Cole Lundahl and Taydem Neal singled and doubled for the Titans, who also got two hits from Alex Carling. Neal scored on a Tate Bagley groundout in the bottom of the first, and that’s the only run support Karren would need, although the Titans tacked on two insurance runs.

Meanwhile, the Sox broke out offensively after struggling in the aforementioned come-from-behind win over Ridgeline. Cache Valley racked up 17 base knocks in its 11-7 triumph over Box Elder, and then blanked the Bees, 15-0, in five innings in the nightcap.

Simper had a monster day at the plate as he went 4 for 5 with three runs and one RBI in Game 1, and then chipped in with two hits, three runs, two RBIs and one walk in the nightcap.

Jace Ward, Kyler Hansen and Folkman contributed with two hits apiece in the opener, and Ward, Purser and Hansen drove in two runs each. The Sox trailed 6-5 when they exploded for six runs on seven hits and two walks in the top of the seventh.

Cache Valley took control from the get-go in Game 2, plating four runs in the first inning and eight in the second. A pair of Box Elder pitchers walked eight and plunked two in the first three frames, and the hosts never recovered.

In addition to Simper, Purser and Archibald had two hits in the nightcap, and Archibald also chipped in with two RBIs and two runs. Folkman tallied four RBIs for the Sox, who had nine different players score at least one run.

Ian McArthur went the full five innings on the bump for Cache Valley en route to notching the shutout. He gave up four hits, fanned five and walked two.