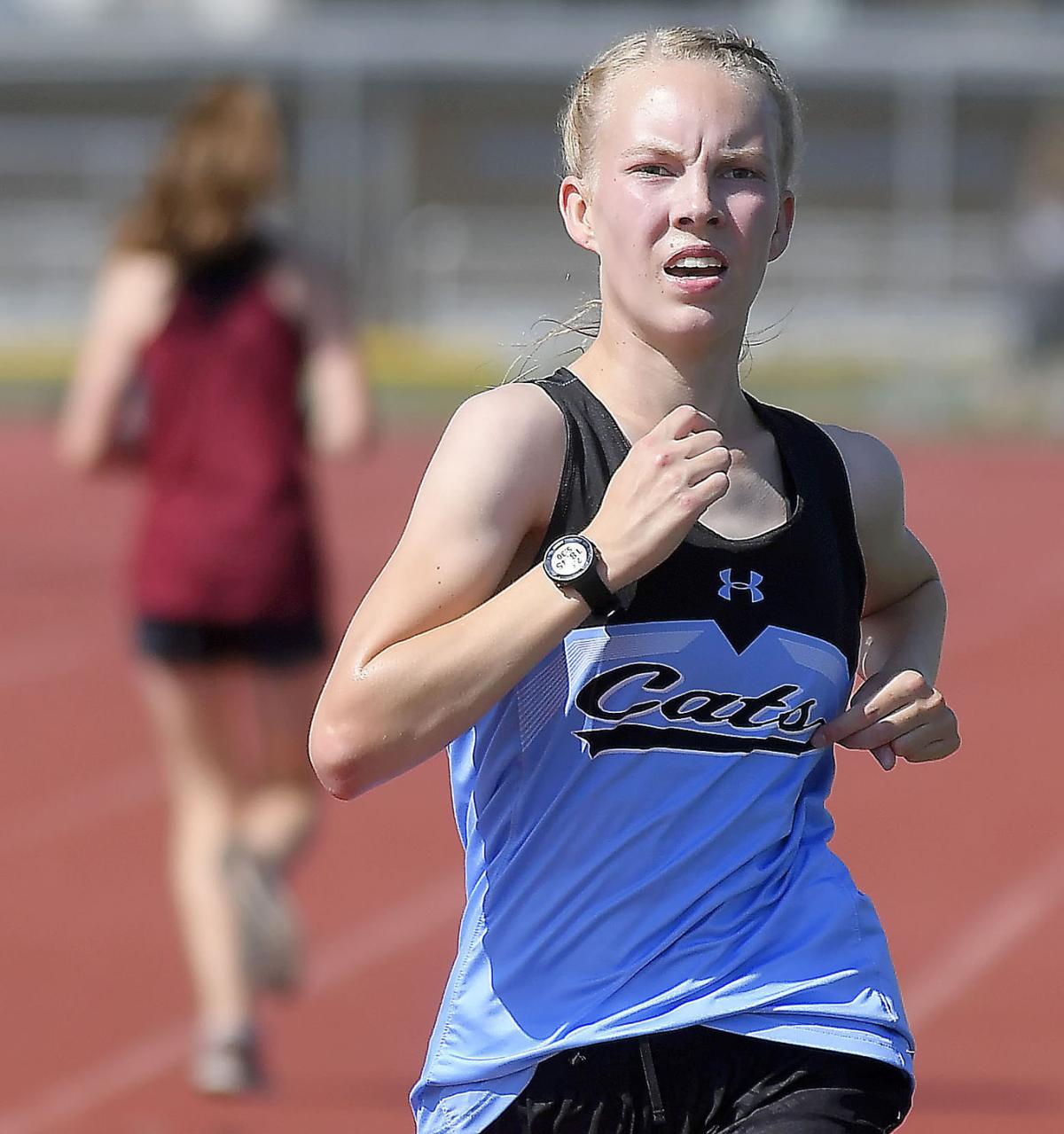 Sky View’s Kate Dickson approaches the finish line to win a cross country race against Logan and Bear River on Wednesday in Smithfield. 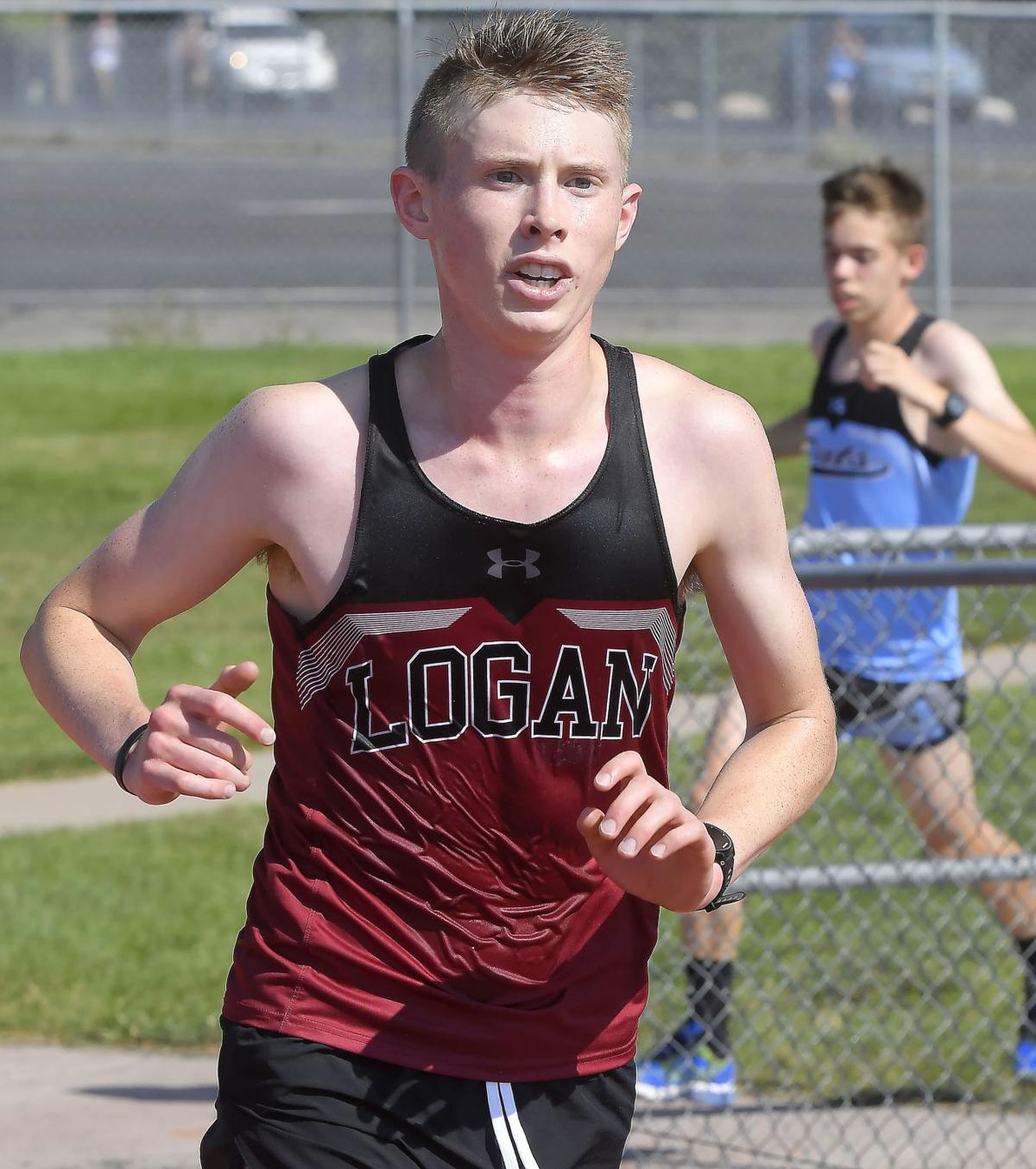 Logan's Mitch Carter competes in a cross country race against Sky View and Bear River on Wednesday in Smithfield.

Sky View’s Kate Dickson approaches the finish line to win a cross country race against Logan and Bear River on Wednesday in Smithfield.

Logan's Mitch Carter competes in a cross country race against Sky View and Bear River on Wednesday in Smithfield.

SMITHFIELD — It certainly was a successful return for the top Bobcat female distance runner Wednesday afternoon.

Not only is Kate Dickson back, but the senior served notice that she is in good form. Yes, it is early in the cross country season, but Dickson has to be happy with how things went Wednesday.

Sky View hosted Region 11 foes Logan and Bear River. The Bobcat girls won easily with 25 points, followed by the Bears (39) and Logan (67). On the boys side, it was all Bear River, which finished with 24 points to Sky View’s 52 and Logan’s 54.

“Kate has been cross training a lot, so to have her come out and run like that is awesome,” Bobcat head coach John Womack said. “It was more than I was expecting.”

This was the first competition this season for Dickson, who missed a good chunk of the summer dealing with “several” injuries involving “everything.” She was cleared to run this week and didn’t seem to miss a beat.

“I thought I might give it a try today,” said Dickson, who clocked in at 18 minutes, 50 seconds on the 5K course. “... I was just trying to get negative splits today. I really haven’t been able to train, so I’m happy.”

The top two girls from the Region 11 Championships in 2019 broke away from the rest of the runners early on and stayed in front the rest of the way. Defending region champ Madison White of Bear River had a bit of a hiccup with just over a mile to go when she took a wrong turn as she and Dickson were neck-and-neck at the time. It cost White a few seconds. Dickson was able to widen the gap even more over the final mile for the win, beating White by 38 seconds.

“She (White) made a wrong turn, so that is when I was able to get in front,” said Dickson, who finished sixth at the 4A state meet last year. “I tried to really push it the last mile.”

The Bobcats had three runners in the top four as Olivia Dickson (19:47) was third, and Kaylee Grigg (19:56) came in fourth. Sky View had its top five runners that count toward the team score finish among the top nine.

“It’s nice to have Kate back and to have Olivia and Kaylee,” Womack said. “Kate had a great race today. Those top three are awesome. We have a few injuries, but we are starting to feel better and come around. They are going to be strong.”

When the race started, it was 89 degrees in Smithfield. The heat did take its toll on some of the runners.

“We train in it, so we should be sort of used to it,” Dickson said. “It’s only three miles, so you just have to push through it.”

The boys race was a bit more thrilling. Nine seconds separated the top four finishers. A pair of Bears in Daniel Curtis and Peter Nielsen took first and second in 16:52 and 16:56, respectively. Logan’s Mitch Carter was edged at the finish line as he took third in 16:57. Sky View’s Isaiah Crookston was fourth in 17:01.

“We are building with the boys,” Womack said of Sky View. “Isaiah had a great race and he is just a sophomore. He has had a super good summer. We have a group that is getting better.”

Bear River had its top five runners finish among the first eight and the top seven were in the top 15.

Carter was in front at the midway point, but couldn’t hold off the Bears over the final mile.

“We still have some time before the region meet, which is a really important race,” Carter said. “We took this serious, but we are not treating this the same as we will treat region and state.”

Carter said he ran the pace he was wanting to, but had hoped to speed up a little at the end.

“The end was pretty painful,” Carter said. “Overall, it was a good race, even though I would have liked to have won it. ... Hopefully we have a good race when it matters.”

“We have some guys that are back and some young guys,” Carter said. “We should be good in a few months. The name of the game is to keep getting better.”

NORTH LOGAN — A couple of familiar faces were back in front Wednesday in a dual meet between the Mustangs and host Wolves.

Sophomore Jordan Merrill was the top female. The Mountain Crest harrier thanked teammate Abbie Case for helping her. Merrill broke free from a group of four with just over a half mile to go.

“Abbie is really good at starting and I’m not,” Merrill said. “It was nice to stick with her and she helped pace me a lot. ... I felt good and was able to finish strong. I feel like we are doing really good right now as a team and hope we can compete well in this region.”

On the boys side, Green Canyon senior Branson Sharp let Mountain Crest’s Braxton Stoker set the early pace and then made his move with a mile to go.

“Last week I felt like I was pressured and didn’t have the race I wanted to,” Sharp said. “I tried to feel more relaxed today. Braxton had a really good race and I tried to stick with him. Then made my move.”

Team scores or official times were not available at press time.