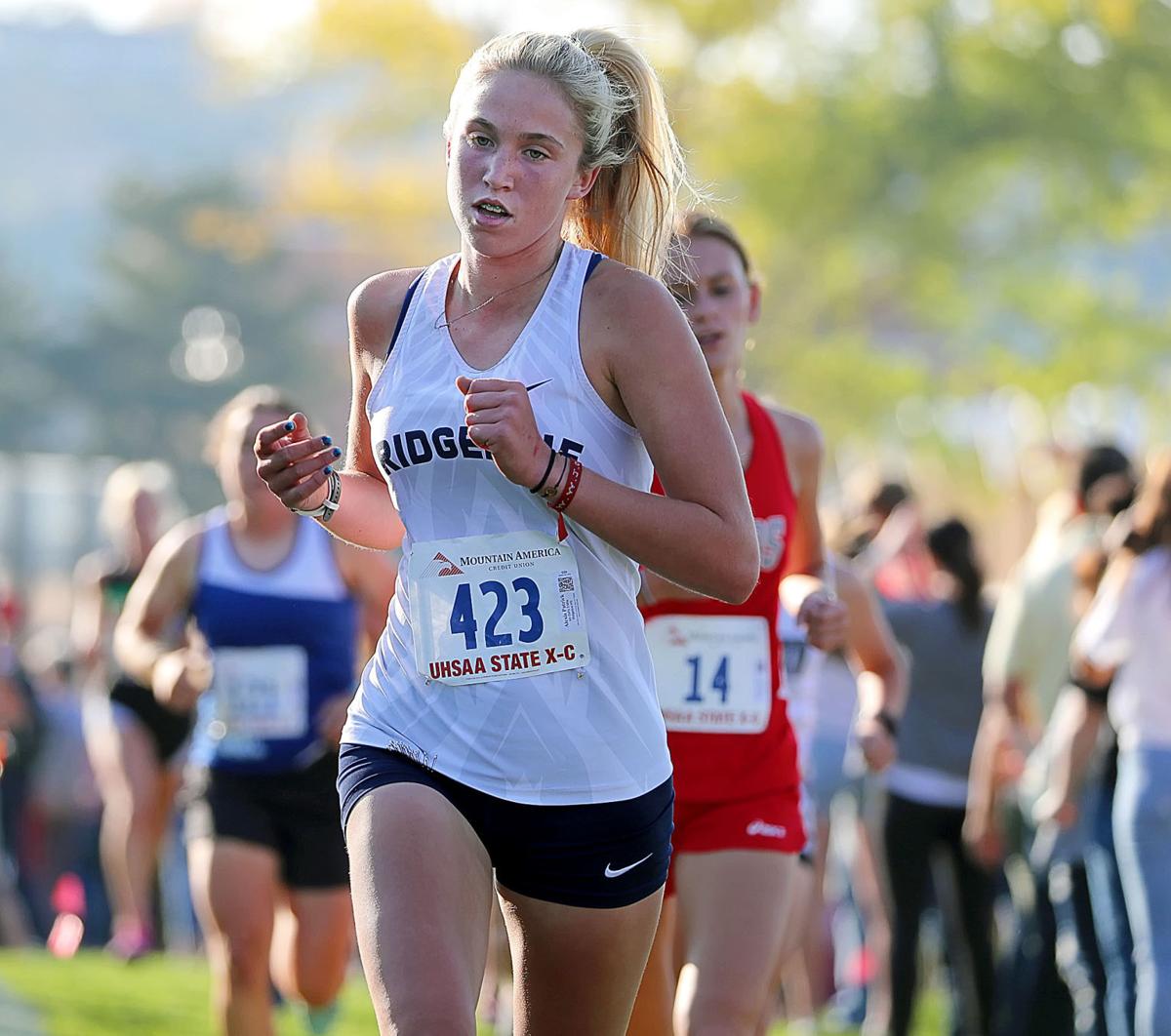 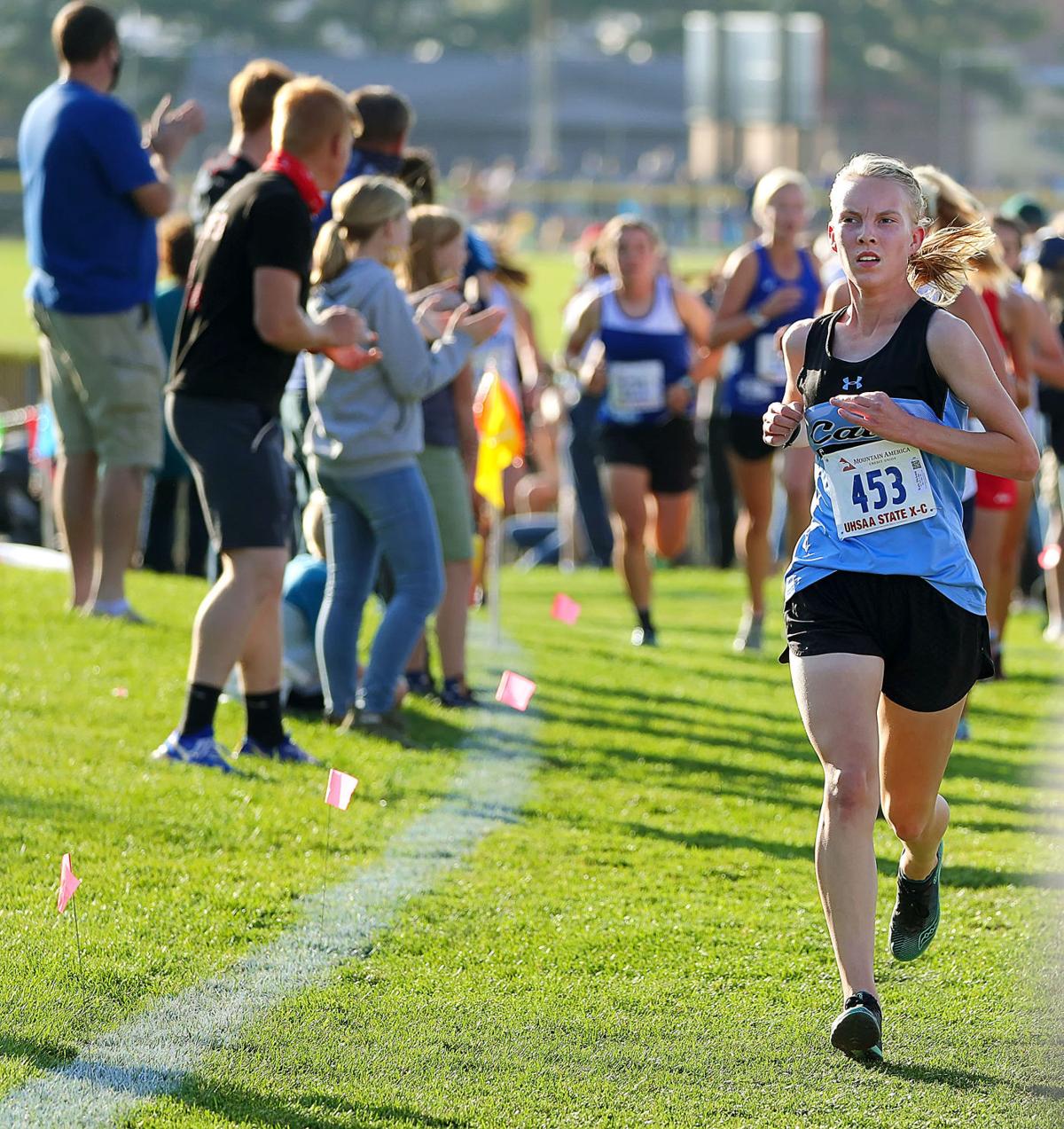 It was a successful trip south for the Riverhawk cross country teams.

Ridgeline competed at the 4A State Cross Country Championships Wednesday in Cedar City, along with the rest of the Region 11 teams that qualified. The Riverhawks will be bringing home some hardware as the girls team finished third and had two individuals earn All-State medals in Alexis Patrick and Spencer Adams.

“It was a really good day for both our girls and boys,” Ridgeline head coach Mary Kirby said. “They all ran really well. It was an awesome day.”

While the Riverhawks were the strongest team from the region at state, a Bobcat was the biggest individual star. Sky View senior Kate Dickson finished second in the girls race with an impressive time of 18 minutes, 28.4 seconds.

“She had a really great race,” Bobcat head coach John Womack said. “... She is a really patient runner. I was really proud of her. She really did run a great race.”

A mile into the race Dickson was in sixth. The calm Bobcat then started moving up and was in second the rest of the way.

Dickson missed the first part of the season with an injury. The region champion has certainly finished the season strong. Defending state champion Caila Odekirk of Hurricane was the only runner to finish ahead of her. Odekirk ran a blistering 17:45.5 time.

“She (Odekirk) is really good, a talented girl,” Womack said. “Kate tried to go with her about a mile and a half out, just couldn’t quite stay.”

The Pine View girls repeated as state champions Wednesday and won their fourth state title in five years. The Panthers finished with 72 points, followed by Desert Hills (92) and Ridgeline (103). The finish by the Riverhawks matches their best at state as they were third last year.

“We have moved up every year until this year,” Kirby said. “We did improve by one point over last year. ... We are just happy that we were able to run with everything going on with COVID. We were threatened to lose our season, so we are grateful to be able to run.”

“Alexis gave it all she had,” Kirby said. “I’m excited she medaled. Her sister (Madison) ran well too. ... It’s incredible how close they all were to each other.”

On the boys side, Desert Hills easily took the title with 44 points, its first state championship since 2016. Cedar was second with 73 points. Ridgeline was the top region team at 213, tying with Ogden for seventh, but dropping to eighth on a tie-breaker. However, the Riverhawks celebrated the fact they beat region champion Bear River, who was ninth at 238.

“The boys were so excited they beat Bear River,” Kirby said.

Hurricane’s Joshua Armstrong was the boys winner, crossing in 15:24.5. Bear River’s Peter Nielsen was the top finisher from the region, taking fifth in 16:01.9.

Adams finished with a flurry to move up and into the top 10 to earn All-State accolades. He is the first boy in school history to medal at state. Adams was 22nd with about a mile to go. He had moved into 11th with about 300 yards to go.

“Spencer did awesome,” Kirby said. “I yelled at him to go because he was in 11th and he needed to be 10th to medal. It was really cool as he got closer and past the kid for 10th. He almost got ninth. He has such a good kick. He ran so well. I’m so happy for him.”