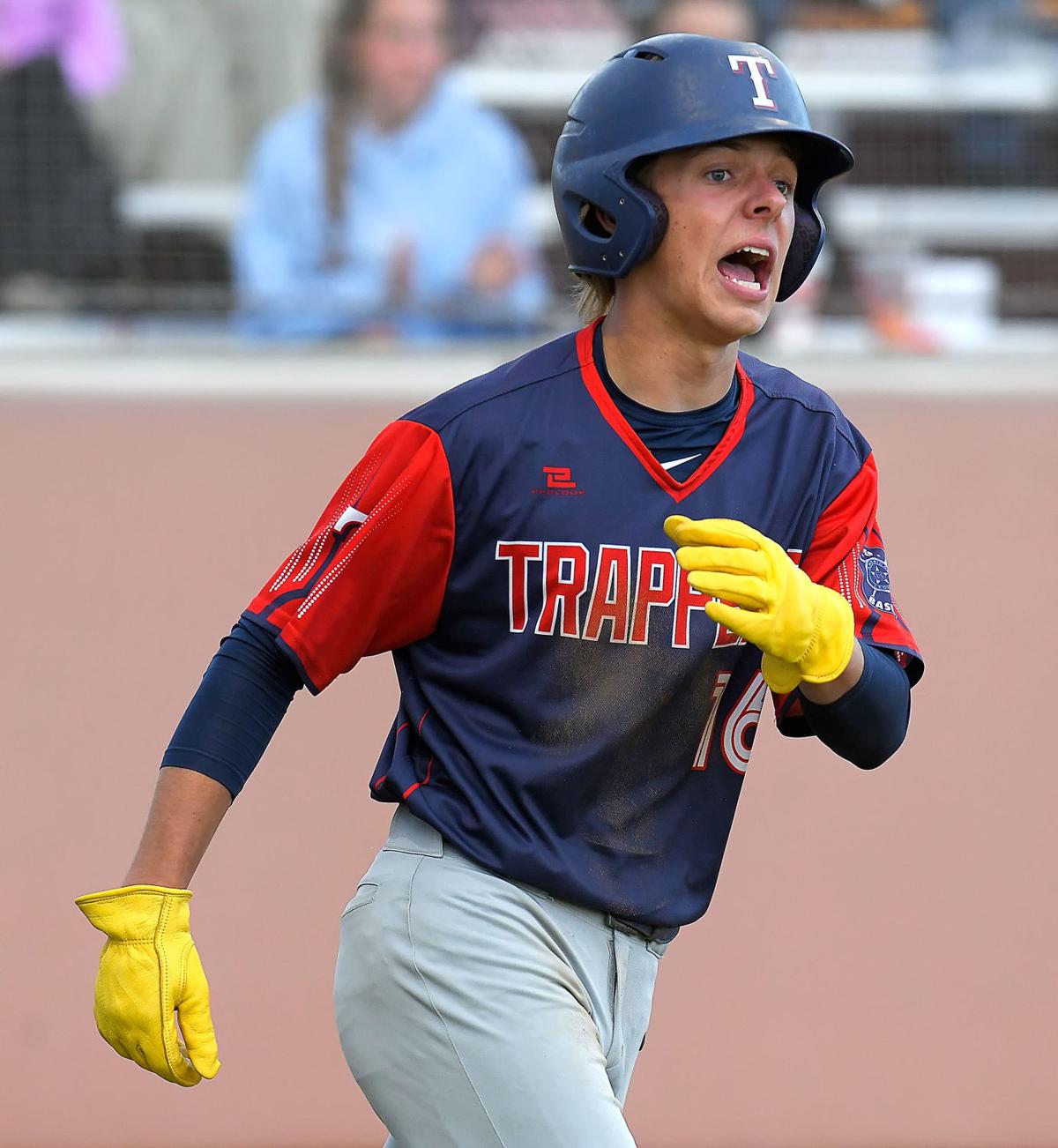 Blacksmith Fork’s Braydon Schiess celebrates after scoring a run against Logan on Tuesday in Logan. 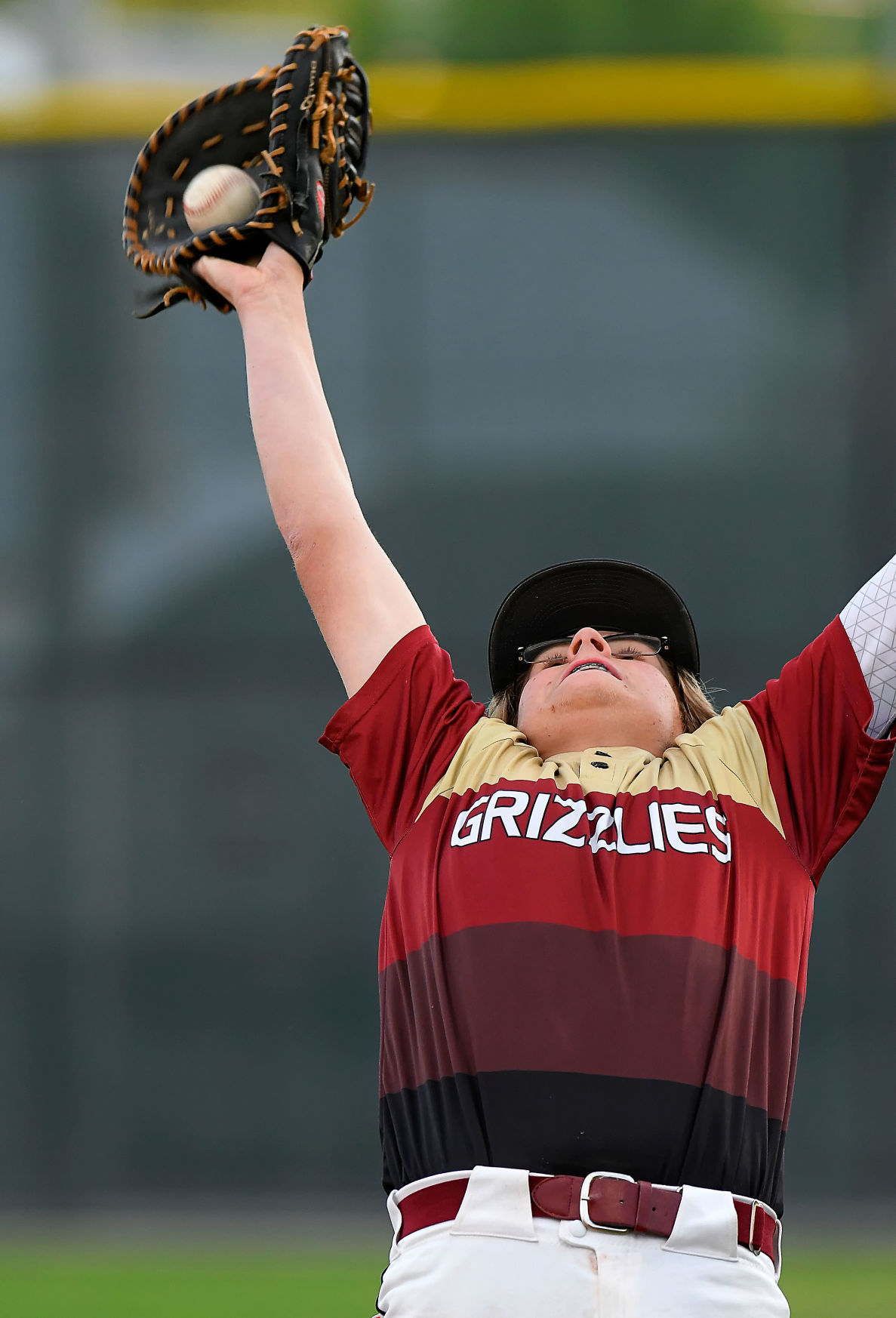 Blacksmith Fork’s Braydon Schiess celebrates after scoring a run against Logan on Tuesday in Logan.

For the second time in as many weeks, an American Legion showdown between the Cache Valley Grizzlies and Blacksmith Fork Trappers came down to the wire.

The Trappers scored four runs in the bottom of the sixth to rally for a 9-8 victory over the Grizzlies last Tuesday, and held of a late Cache Valley charge to prevail 4-3 on Tuesday night under the lights at Worthington Park. It was the third time in an eight-day span a Blacksmith Fork game has been decided by a single run.

“Without a doubt, we need games like this,” BF head coach Stephen Hansen said. “We’re inexperienced at the varsity level right now. That’s why we’re playing so much (this legion season) and all of these games are making us a better team, and that experience will do wonders come next spring.”

The Trappers appeared to be in control when they pushed three runs across — all with two outs — in the top of the seventh to extend their lead to 4-0. The Grizzlies were a bit unfortunate that a nice pick-off throw from catcher Vincent Rohrer to third baseman Cooper Pond didn’t result in an out earlier in the inning.

Blacksmith Fork (5-2) took advantage of perhaps having an extra out when Dax Roundy laced a two-run single to center field to give the visitors a 3-0 advantage. Lance Welch, the Trappers’ ensuing batter, then came through with a RBI single to give his team the breathing room it would ultimately need.

Roundy had a big night at the plate for Blacksmith Fork as he went 3 for 4, which accounted for half of his squad’s hits.

To the Grizzlies’ credit, they refused to give up. Instead, they plated three runs off of two hits, two hit batsmen, one walk and one Trapper error in the home half of the seventh. The Grizzlies (2-2) were able to achieve this success against Welch, who has been one of the valley’s top high school pitchers since he was a sophomore.

“I think he’s probably the best pitcher that we’ve faced and we had a lot of good at-bats against him, even if we ended up striking out or getting out,” CV head coach Britton Coil said. “We fouled off a lot of pitches, made him throw a lot of pitches, wore him down a little bit.”

Jaden Shumway lofted a double to right-center in the final inning for Cache Valley, which got a RBI single from Rohrer and a run-scoring groundout from Jack Fjeldsted. The Grizzlies had the tying run at second base when Welch induced a grounder to second baseman Miles Hancock to slam the door.

Welch went the distance on the mound for the Trappers. The southpaw scattered five hits, struck out seven and issued five free passes.

“You know, we’re confident any time Lance takes the mound, but we need to score more than one run,” Hansen said. “You can’t hold guys down all of the time. As you saw, he kind of got tired there in the seventh (inning) and they scored some runs, but we’re confident when he’s on the mound.”

Logan pitchers Jake Egbert and Nic Egbert were also rock solid. The duo teamed up to allow six hit, fan 10 and walk four. The Egberts were especially effective when the Trappers had runners on base. Case in point: Blacksmith Fork stranded seven guys in the first six frames, including five in scoring position.

“The Egberts, they don’t seem to get rattled too much with runners on base,” Coil said. “They continue to throw strikes and trust their defense. You know, we just need to make a few more plays behind them because their confidence is there whether there’s runners on base or not.”

Rohrer singled and doubled for the Grizzlies. He connected on a nice lead-off double down the third-base line in the bottom of the first, but Welch came through with some clutch pitches to keep Rohrer on base.

Blacksmith Fork catcher Hudson Phelps made a nifty throw to pick off a Grizzly runner at first base in the bottom of the third. Pond made a leaping catch at third base in the top of the fifth to rob Welch of a RBI single and keep Cache Valley’s deficit at 1-0.

Brayden Schiess scored the Trappers’ first run on a Grizzly throwing error in the opening frame.

The Grizzlies will be hosting their annual tournament, The Logan Diamond Classic, this Thursday-Saturday. Games will take place at Logan, Mountain Crest, Sky View and Green Canyon.

Per usual, the tourney has been divided into four polls of four teams. The champions of each pool will advance to the semifinals on Saturday morning, with the two victors squaring off for the title at 3 p.m. at Worthington Park.

All six Cache Valley teams will participate in the tournament and the Trappers will have two squads. Stansbury, Roy, Fremont, Wasatch, Box Elder, Weber, Farmington, Orem and Olympus will also compete at the Classic.

A full schedule of the tournament can be found in the Valley View section on Page A12.