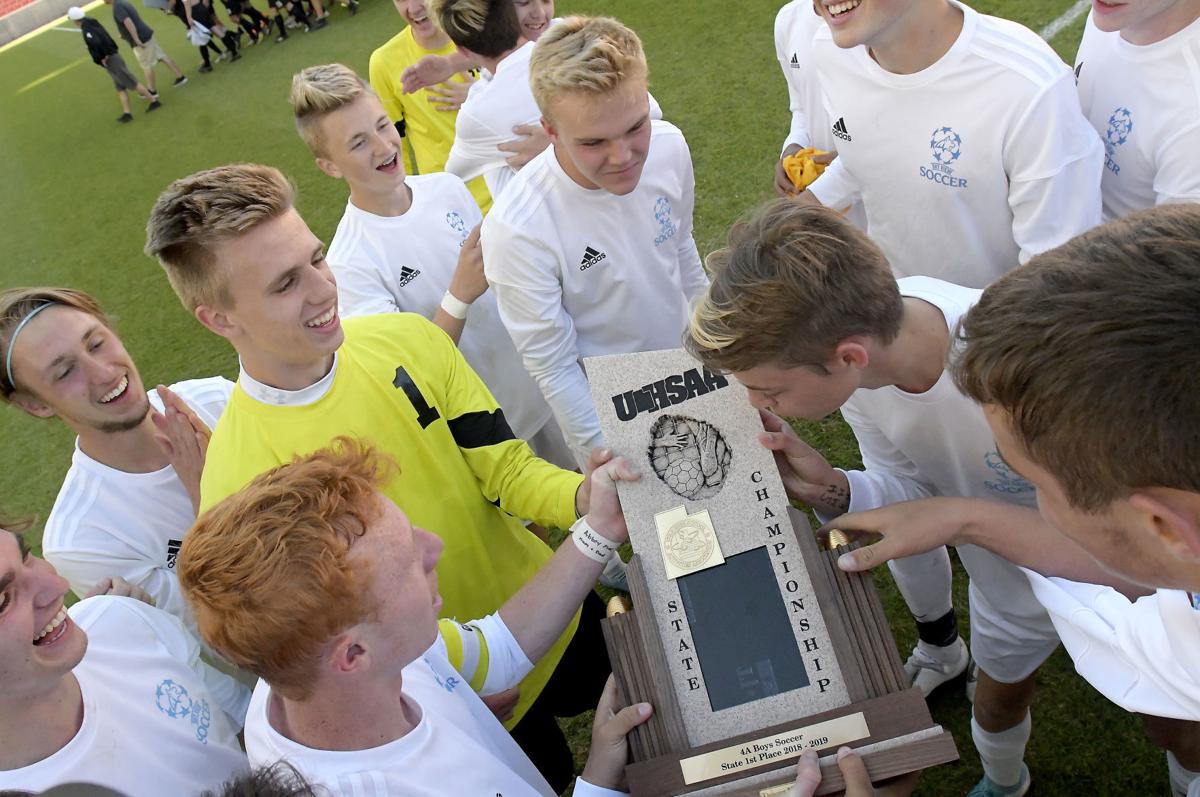 Sky View players celebrate after they defeated Desert Hills to win the 4A Boys Soccer Championship last season. All spring sports in Utah have been canceled. 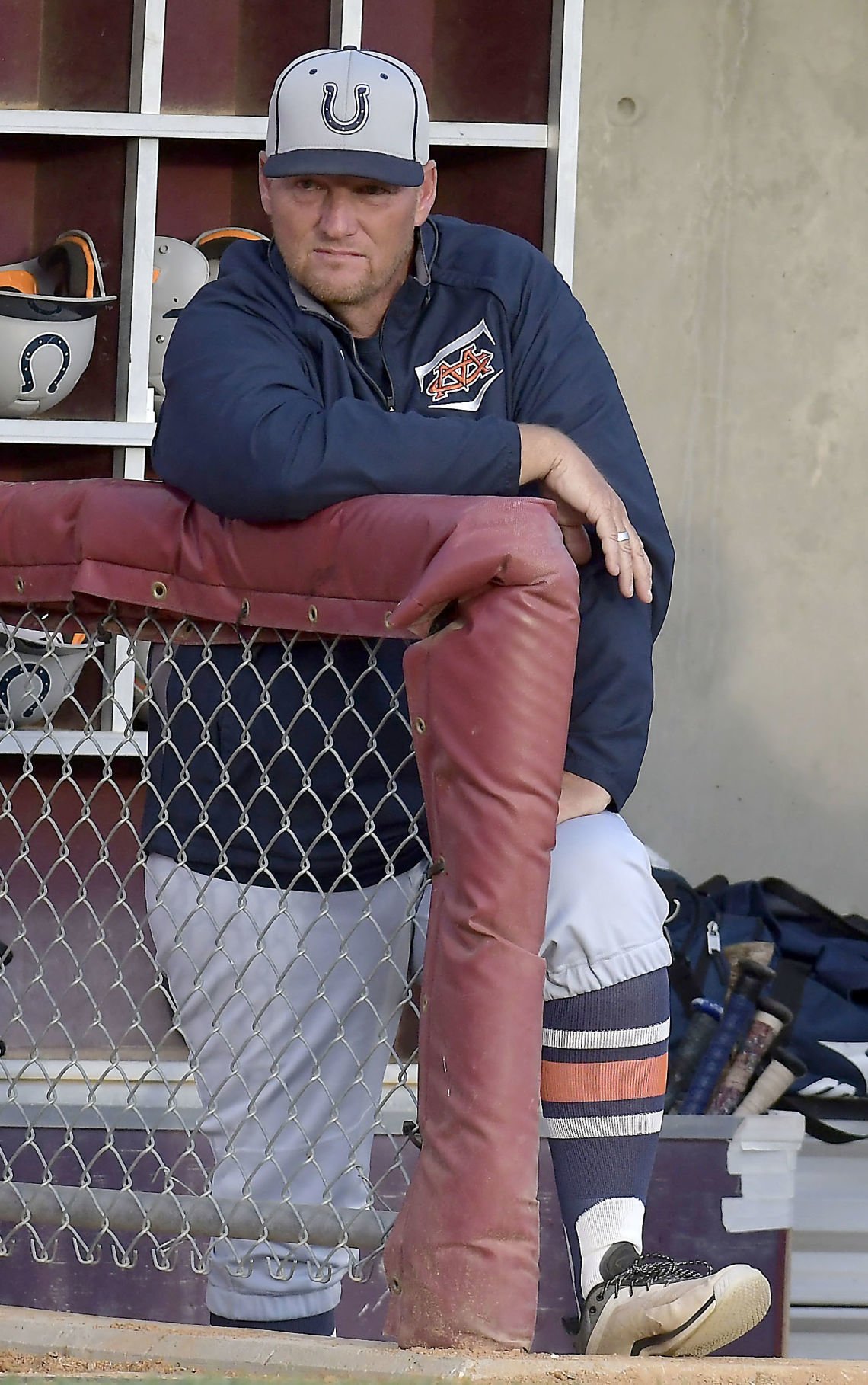 Mountain Crest head baseball coach Stephen Hansen watches as the Mustangs play Logan in a game last season. All spring sports in Utah have been canceled.

Sky View players celebrate after they defeated Desert Hills to win the 4A Boys Soccer Championship last season. All spring sports in Utah have been canceled.

Mountain Crest head baseball coach Stephen Hansen watches as the Mustangs play Logan in a game last season. All spring sports in Utah have been canceled.

For those holding out hope that high school spring sports would resume soon in Utah, it’s not going to happen.

Tuesday afternoon the Utah High School Activities Association (UHSAA) officially canceled the 2020 spring sports seasons. In an email from Jon Oglesby, the assistant director at the UHSAA, it stated the sad facts for all those that had been holding out hope.

“In accordance with Governor Gary R. Herbert and State Superintendent Syd Dickson’s announcement earlier today that Utah schools will be closed to in-person learning for the remainder of the school year, the Utah High School Activities Association has canceled all remaining spring activities, including sports, and state championships,” the statement read. “Current UHSAA policies prohibiting the use of school facilities and organizing practice and/or team gatherings remain in effect until further notice.”

All five high school athletic directors in Cache Valley were contacted for comment. While all agreed that safety is the top concern, some had mixed feelings on making the decision now for the rest of spring.

“I thought I would take the news with more calmness as I kind of expected it, but I’m very frustrated and disappointed for everyone involved,” said Mike Hansen, the athletic director at Ridgeline.

“We are disappointed to hear about the cancellation of the spring sports season,” said Ryan Grunig, the athletic director at Sky View. “We feel bad for the athletes and especially for the seniors who will not have a chance to put on their school uniforms again. However, our number one concern is always for the athletes. We support the decision of the governor, state and local school boards with the decision they have made.”

Spring sports affected in Cache Valley for Utah athletes include baseball, softball, track and field, boys soccer, boys tennis, girls golf, boys lacrosse and girls lacrosse. This was going to be the inaugural season for lacrosse for both the boys and girls as it had been a club sport in the past.

“I feel so sorry for the sports that the athletes are missing, especially the seniors,” said Missy Stuart, the co-athletic director at Green Canyon. “For the home run that never got hit, the PR’s that were never made, the hole-in-one, the aces, the goals never scored, the lost time spent with friends and coaches learning life lessons that can be learned playing sports, and the goals and aspirations that have not happened. But I hope that lessons are still being learned and that our athletes are using what they have previously learned in sport to help them get through this. Don’t give up, show grit and be resilient. The athletes in this valley are tough, and they will get through it and hopefully help others along the way.”

“In sports there are wins and losses,” said Kevin Andersen, Mountain Crest’s athletic director. “The cancellation of the spring sports season is a loss. I feel bad for all the athletes that didn’t get the opportunity to participate this spring season, especially the seniors.”

While it is tough for all students involved, the seniors certainly have it the roughest as they won’t get a chance to play again at the high school level.

“The UHSAA Board of Trustees (Board) promotes the benefits of participating in education-based high school activities and recognizes the overwhelming disappointment this decision is for the students and athletes, especially seniors,” the UHSAA statement said. “The Board’s highest priority is ensuring the health and safety of the students, schools and communities during this challenging time and looks forward to the day when students are again participating in education-based activities. The Board will meet in the coming weeks to address any concerns that arise with member schools from the COVID-19 pandemic.”

Hansen is pushing for more meetings and trying to figure something else out than total cancellation.

“With all respect as to the seriousness of our situation in the country, it is my hope that the state UHSAA leaders will have honest and serious discussions in May about what the summer might look like and how we can get these athletes active in a controlled environment,” Hansen said. “I’m not convinced that keeping our coaches away from working with the athletes is the best thing to do for much longer. Let’s be creative and within the guidelines, find a way to have a little normalcy.”

“The last few weeks have been tough on these kids,” Parker said. “With so much in the air and so many unknowns they have definitely felt that. I feel for these students. So much of their high school experience has been taken from them. Athletics and sports are supposed to be a space to compete with your friends and create memories. High school athletes have had that taken away, and I feel bad for them.”

Like Hansen, Parker was hoping something could be worked out in order for spring sports to happen in some sort of format.

“I was really hoping we would be able to give them some kind of modified season to help lesson the blow of missing spring sports,” Parker said. “The news today (Tuesday) of the seasons canceled was very deflating. I especially feel for this group of seniors. So much of their senior year they will not experience. Prom, spring sports, graduation have all been canceled. Those are all big events that help to shape our kids.”

Andersen said the pandemic has given him a chance to reflect on life in general.

“One thing I love about sports is the opportunity they provide to learn life lessons,” Andersen said. “I have been contemplating what life lessons can be learned by this situation. One thing I have been reminded of is not to take things for granted — things like being able to be part of a team, to compete, to socialize. A life lesson for me in this situation is not to take family, being able to work, being able to go to school, relationships and more for granted. We never know when things can be taken from us. Who would’ve thought that back when spring sports started this is where we would end up. I hope these athletes affected by this cancellation will always appreciate the great things they have going for them in their lives. Of course they are disappointed, but I believe they will respond with resilience and character, and can hopefully look back on this experience and learn some life lessons from it.”

The UHSAA announcement said the organization is optimistic that fall sports will begin as scheduled. However, it did not make a decision on the fall and will not for now.

“The UHSAA staff will continue to monitor any additional information provided by the governor’s office and the state superintendent’s office as it relates to interscholastic activities,” the UHSAA statement concluded.

Updates will be made on the UHSAA website, www.uhsaa.org.