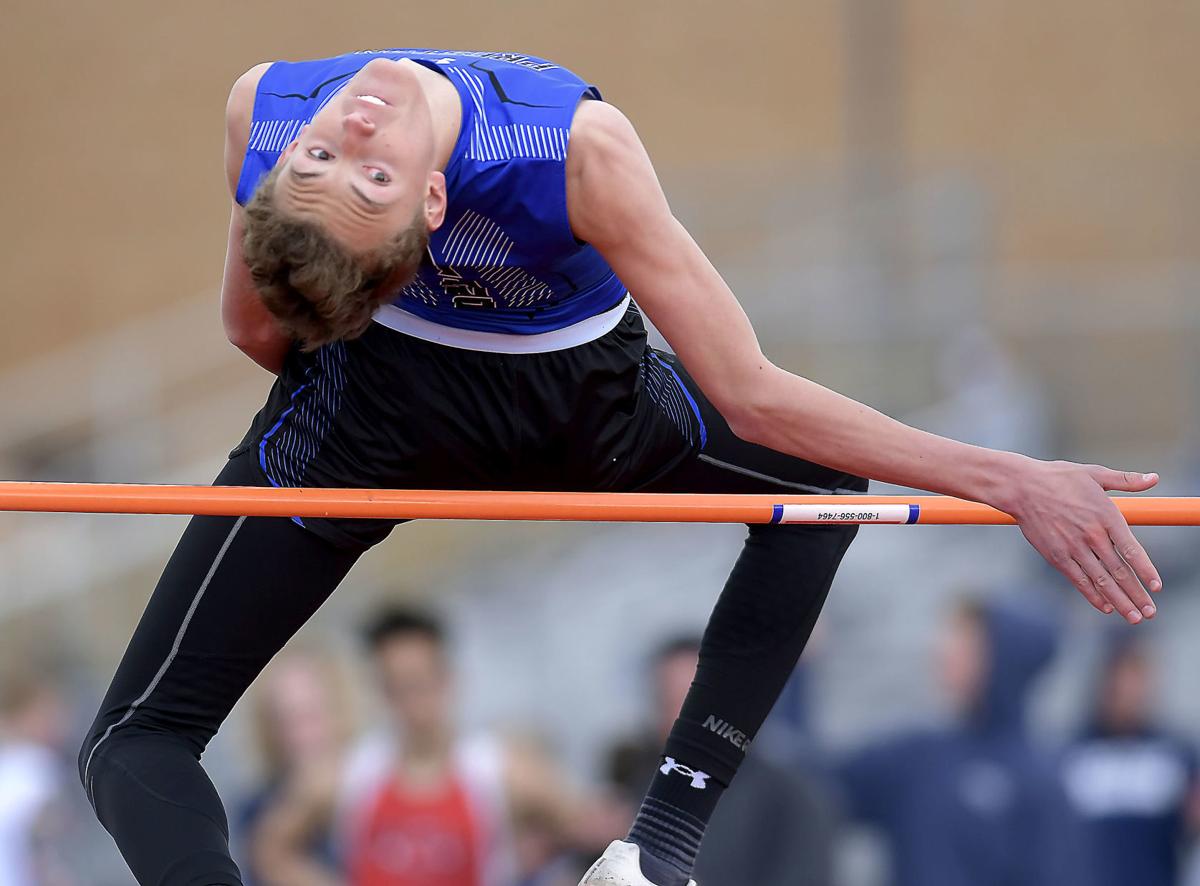 Preston’s Taite Priestley competes in the high jump at the Grizzly Invitational in 2019. Priestley cleared the bar at 6-6 in his only meet this spring. 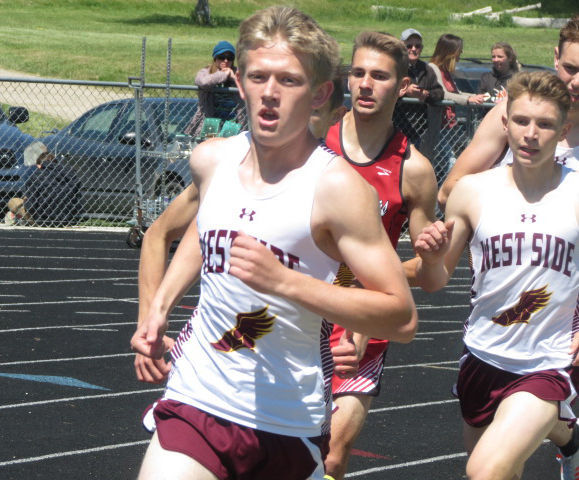 Preston’s Taite Priestley competes in the high jump at the Grizzly Invitational in 2019. Priestley cleared the bar at 6-6 in his only meet this spring.

Editor’s note: This is the sixth of an 11-part series profiling various spring high school sports in Cache Valley and recognizing the seniors from those teams.

Over the past 10 or so years, the Preston and West Side track & field programs have consistently been in the mix for district championships.

Both Franklin County programs were primed to have some of their best seasons in recent memory, especially the West Side boys and Preston boys. Additionally, the Indians and Pirates had a legitimate chance of sweeping both titles at their respective district meets.

Unfortunately for those athletes from the Gem State, the COVID-19 pandemic led to the cancellation of what could have been an intriguing track & field season barely after it started. West Side and Preston were only able to compete in one meet apiece before everything came to a screeching halt.

Here is a breakdown of each Franklin County program:

Jacob Moffat, one of the best middle distance/distance runners in school history, plus a talented supporting class, was hungry to propel the West Side boys to its first state championship since 2015. In addition to Moffat, the Pirates welcomed back several impact performers from last year’s 2A runner-up squad. West Side also claimed its 11th district title in a 12-year span in 2019.

“I really believe our boys team had a great chance to win state this year,” WS head coach Tyson Moser said. “We returned more state points and qualifiers than any other team by quite a ways.”

Moffat was differently the headliner for the West Side boys. As a junior, he reigned supreme at the district meet in the 800, 1,600 and 3,200 meters, and placed in the top three in all of those events at the 2A State Championships. Additionally, Moffat was the silver or bronze medalist at the last three 2A state cross country meets.

Like Moffat, teammate Josh Reeder, a junior, was a legitimate state title contender in the 800. He finished fifth in this event at state and was the district runner-up to Moffat a year ago.

“Jacob Moffat and Josh Reeder put in a lot of work this winter,” Moser said. “Both of them were going to have great seasons.”

Meanwhile, coach Moser was confident the West Side girls were on track to keep an impressive streak alive. The Lady Pirates are led by Ashlyn Willis, who is one of 2A’s top competitors in the 400.

“For the girls, I think they had a great chance to win their 10th straight district title,” coach Moser said. “The last two years we have gotten some really good freshman girls out, so I think they were really due to shine.”

Willis was the district runner-up and occupied the No. 4 spot on the podium in the 400 as a sophomore.

Willis had a superb cross country season last fall, as did teammate Natalia Lewis. Lewis finished eighth in the 1,600 at state last year as a sophomore.

The 2020 senior class is a small one for the Pirates, who typically only have about 40 students in each graduating class. West Side has eight track & field seniors on the boys side in Moser, Frankman, Moffat, Alex Winward, Hyrum Tolman, Ryan Beckstead, Gideon Beutler and Armando Montano. The Lady Pirates have a pair of 12th-graders in Alyssa Crouch and Christina Tripp.

Montano was arguably the best offensive linemen at the 2A level on West Side’s state championship football team from last fall.

“For a handful of our seniors, track is their main sport,” coach Moser said. “Many of them put in tons and tons of work this winter in the indoor season getting ready for this. Many of them kept training hard for several weeks hoping we would still get a short season. I really feel bad for the kids who were looking to do well at state and possibly break school records.”

This was potentially Preston’s best boys team since the school moved up a classification to 4A prior to the 2004-05 academic year. Preston head coach Brandon Lyon compared this squad to his talented one of 2012.

“We really felt that coming into the season this boys team had a chance to do something special,” Lyon said. “On paper they were the favorites to win the district and I thought we had the pieces to bring home a trophy from state. We had high-level performers in every event that we thought had a chance to score points at state.”

The Indians were led in the boys competition by school record-holder high jumper Taite Priestley, sprinter Scott Dunn, hurdler Andrew Iverson and the best collection of distance runners in program history. Priestley was the bronze medalist in the high jump at the state meet as a sophomore and cleared the bar at 6 feet, 6 inches in his only meet this season.

“He was the odds-on favorite to win the high jump at the state meet and I really felt he had a great shot at the 4A state record of 6-8,” said Lyon of Priestley, who was also making significant strides in the long and triple jumps.

Dunn, a standout football and basketball player for the Indians, was capable of breaking the 11-second barrier in the 100 this season, Lyon asserted. Iverson placed sixth at state in the 300 hurdles last year, and “the times he ran in our opening meet this year showed he was ready to break out big time,” Lyon said.

A year ago, Preston made history among Cache Valley prep teams by having three of its 3,200 runners break the 9:45 barrier. Those three athletes were back in Riley Reid, Josh Harrison and Sam Jeppsen, plus all-state cross country performer Edison Leffler was likely capable of running that kind of time. The Indians had arguably the second-best high school cross country team in all of Idaho last fall.

Likewise, Lyon was expecting a memorable season from the Preston girls, which finished second out of 10 teams at the 4A District 4-5 Championships last year.

“The girls we were equally excited about,” he said. “Coming into the season we thought we were just behind Twin Falls at the district level, but after the first couple weeks and the first meet we saw some newcomers that we thought would be big for us and some returners that had made huge strides. We also were getting a couple girls back from injury that we didn’t think we would have. We thought we could give Twin a run for their money and, at the state level, we had some girls that were near the top in their events that could have scored some valuable points.”

Preston sophomore Andie Bell was of the state’s premier cross country runners regardless of classification in 2019 and “would have had a huge year” in the 1,600 and 3,200, “no doubt,” Lyon declared. Bell punched her ticket to state in the 1,600 as a freshman.

Lyon was also anticipating a strong season from middle distance runner Riley Ward, hurdler Alexis Ward, long sprinter Kylie Larsen and jumper Emma Johnson. The head coach was also excited about his sprinters and said “we also had probably the deepest group of sprinters we’ve had for a while, led by Saige Meek and Kacee Jensen.”

Another returning state qualifier for the Lady Indians was Taylor Romney.

In addition to the aforementioned seniors, Thompson, Thomander, Dunn, Davis, Rich and Shumway have competed in the state meet in the past.

“This was a really tough group of seniors to see lose their senior year,” said Lyon, who raved about how coachable this senior class is. “As a coach, you really enjoy your senior groups as you have watched them grow over the years and then truly blossom as seniors. It’s really gratifying to see their hard work pay off and to see them enjoy success because of that. But this senior group really exemplified that. It has been a big group since they were freshmen and we lost very few over the years, even gaining some as the years went on. Many of them have been model examples of what happens when you put the time and effort in day in and day out. They’ve been great ambassadors of track and field in our community, and they’ve been such a vital part of building our team to where it is.”