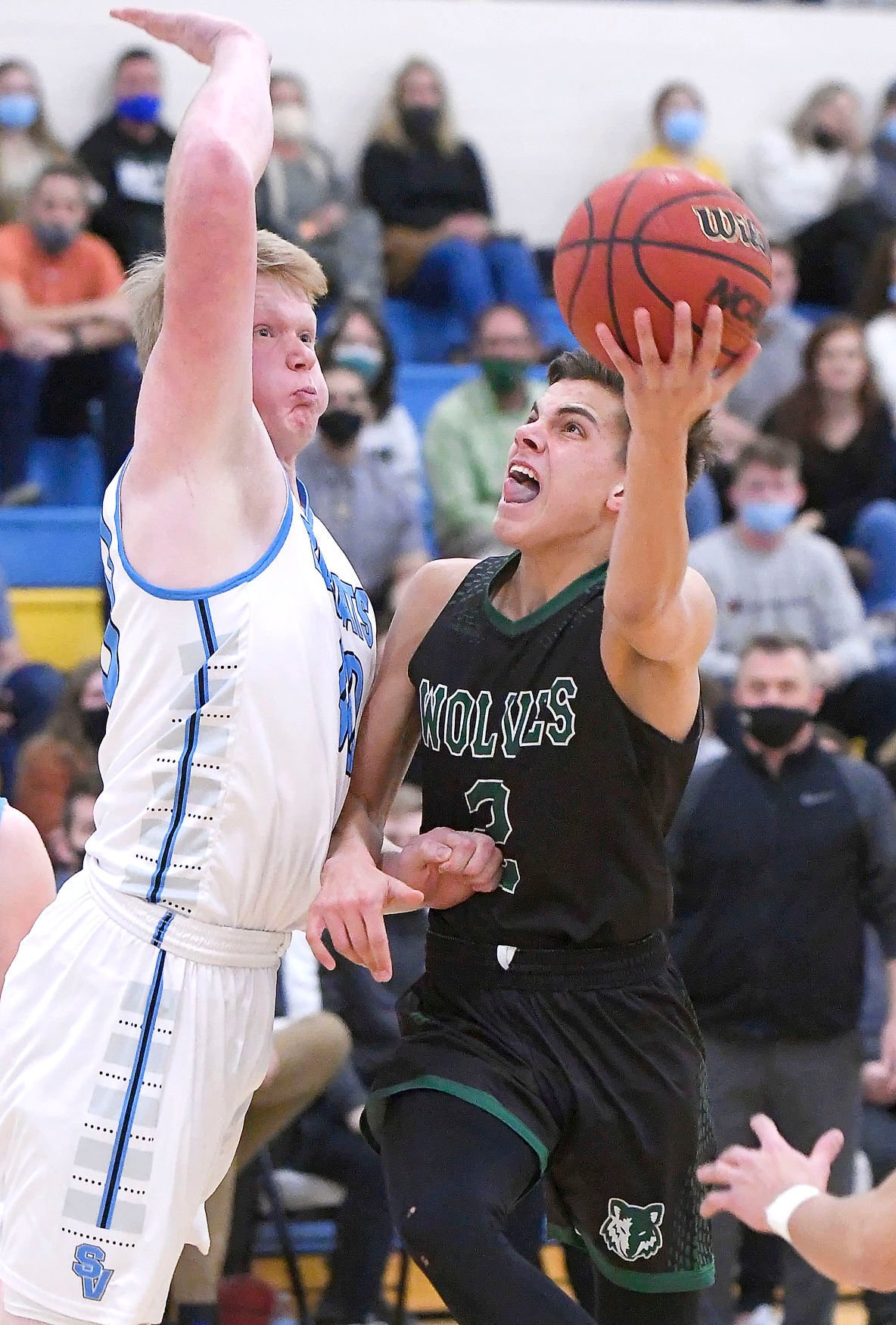 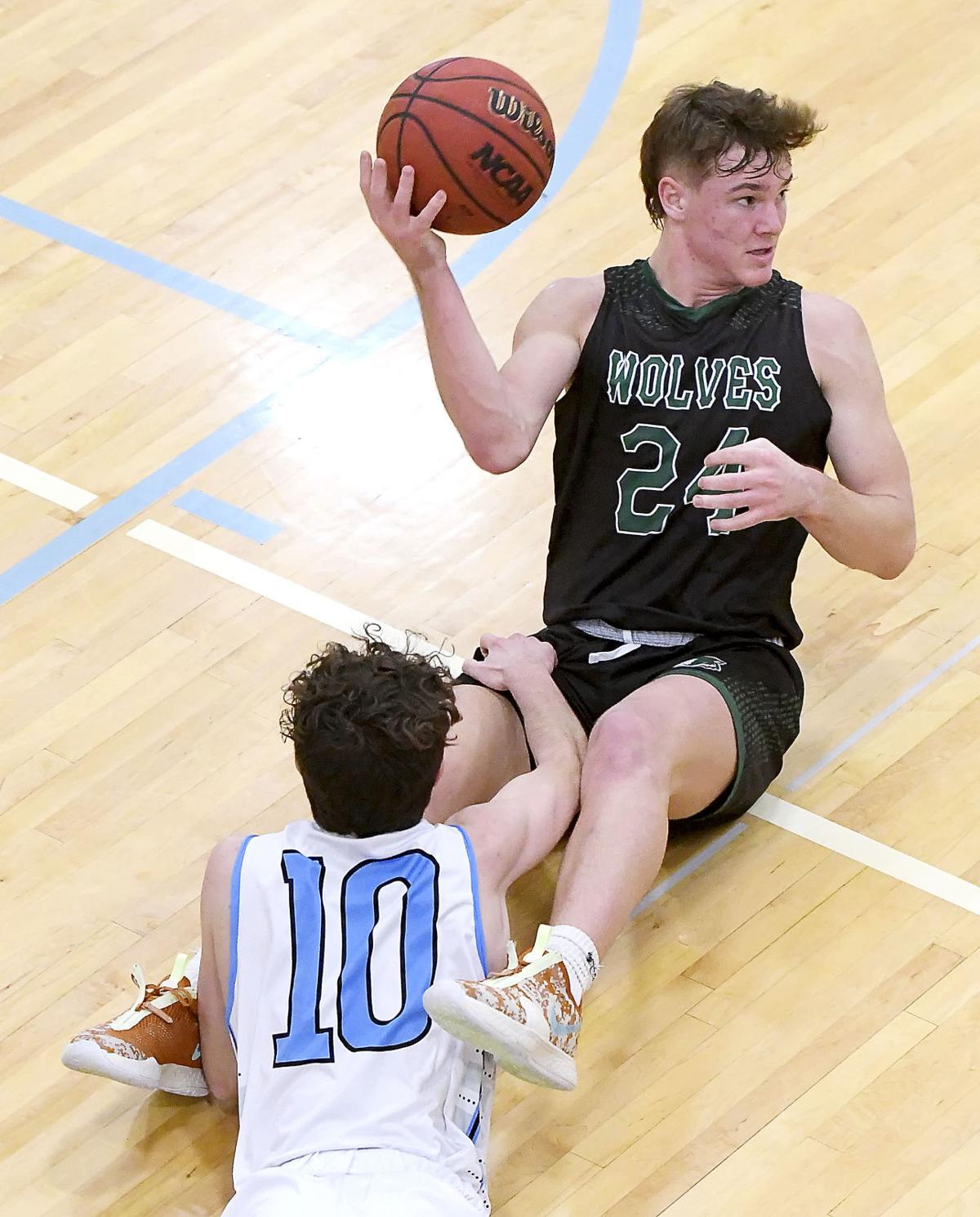 A lot of teams would have folded after falling behind by 13 points to a talented opponent it lost to by 30 points a few weeks ago, but Green Canyon didn’t.

Instead, the Wolves bounced back with their most inspired performance of the 2020-21 high school boys basketball season, and the end result was extremely gratifying.

Green Canyon used a 13-1 run in the second quarter to get back in the game and made enough plays in the second half to earn a 59-55 victory over Region 11 rival Sky View on Wednesday night in Smithfield.

“I am so happy for our guys, just so happy,” GC head coach Dan McClure said. “We just battled and battled. Got down 13 in the first half and just chipped away. Had an eight-point lead with a minute left and turned it over multiple times, (but) the resilience our guys showed was so impressive. I’m just thrilled for this group.”

Green Canyon’s advantage ballooned to 56-48 late in the fourth quarter before Sky View made one final push. Taydem Neal buried a 3-ball and the Bobcats then proceeded to score four more points courtesy of a pair of steals to pare their deficit to 56-55 with less than one minute remaining in the quarter.

Jared Anderson quelled Sky View’s momentum with a nice pump fake that resulted in an and-one opportunity. The freshman missed the free throw, but the Bobcats turned the ball over on their ensuing possession, and Green Canyon’s Jake Lundin knocked down a free throw to ice the game.

Jace Blotter came up huge for the Wolves in the second half as he scored all 10 of his points, including six in the fourth quarter. Brady Smith netted 14 of his game-high 16 points in the first half for Green Canyon, which got 11 points from Lundin. Six Wolves finished with five or more points.

“Green Canyon was better than we were tonight,” SV head coach Kirk Hillyard said. “They played with fight and emotion. We did not. We have to do a better job form top to bottom to be prepared for games like that.”

The Bobcats scored the first six points of the second quarter to take what seemed to be a commanding 23-10 lead. To their credit, the Wolves responded with their aforementioned 13-1 spurt, and four different players scored during that crucial stretch, which was highlighted by back-to-back three-point plays by Carson Smith and Brady Smith.

What made the Wolves’ win even more remarkable was they are without arguably their best player in Cade DeBoard, who suffered a knee injury earlier this month against Ridgeline.

Ridgeline is now is sole possession of first place in the region standings after blowing out Mountain Crest at home, 81-36. Meanwhile, Logan came storming back in the second half to win at Bear River, 79-65.

Kaden Cox sank six shots from beyond the arc and poured in 24 points for the Riverhawks, who buried 12 3-balls in the contest. Spencer Adams chipped in with 11 points for Ridgeline, which got 10 points apiece from Jake Smith and Josh Jackman.

“The boys came out focused and executed at a really high level,” RHS head coach Kyle Day said. “I am really pleased with our energy and focus right now as a group. Kaden shot it really well and we played great team basketball. Excited for a really big game at Logan on Friday.”

Bear River jumped out to a 24-13 lead over Logan and took a 36-31 advantage into the locker room. However, the Grizzlies exploded for 48 points in the second half — 28 in the third quarter — to complete the comeback.

Jadin Penigar led the way for the Grizzlies (14-5, 6-3) with 22 points, immediately followed by Ethan Davis with 21. JJ Sargent chipped in with 14 points for Logan, which was clutch at the free throw line. Davis went 10 of 12 from the charity stripe.

“Our guys responded extremely well after getting down in the first quarter,” LHS head coach Logan Brown said. “We showed a lot of poise when it mattered. Ethan and Jadin did a great job of attacking. JJ was really good defensively, which led to a lot of our runs.”