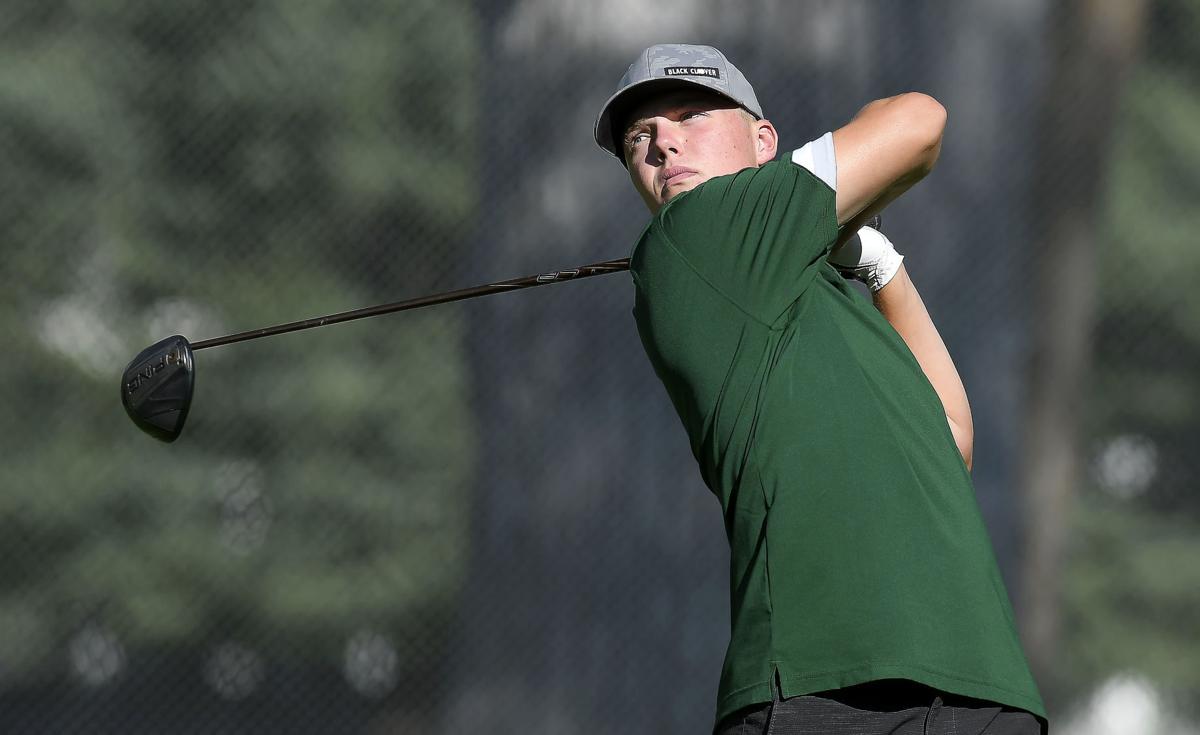 Jace Blotter hits his tee shot on the fourth hole at Birch Creek Golf Course on Monday during a Region 11 tournament. 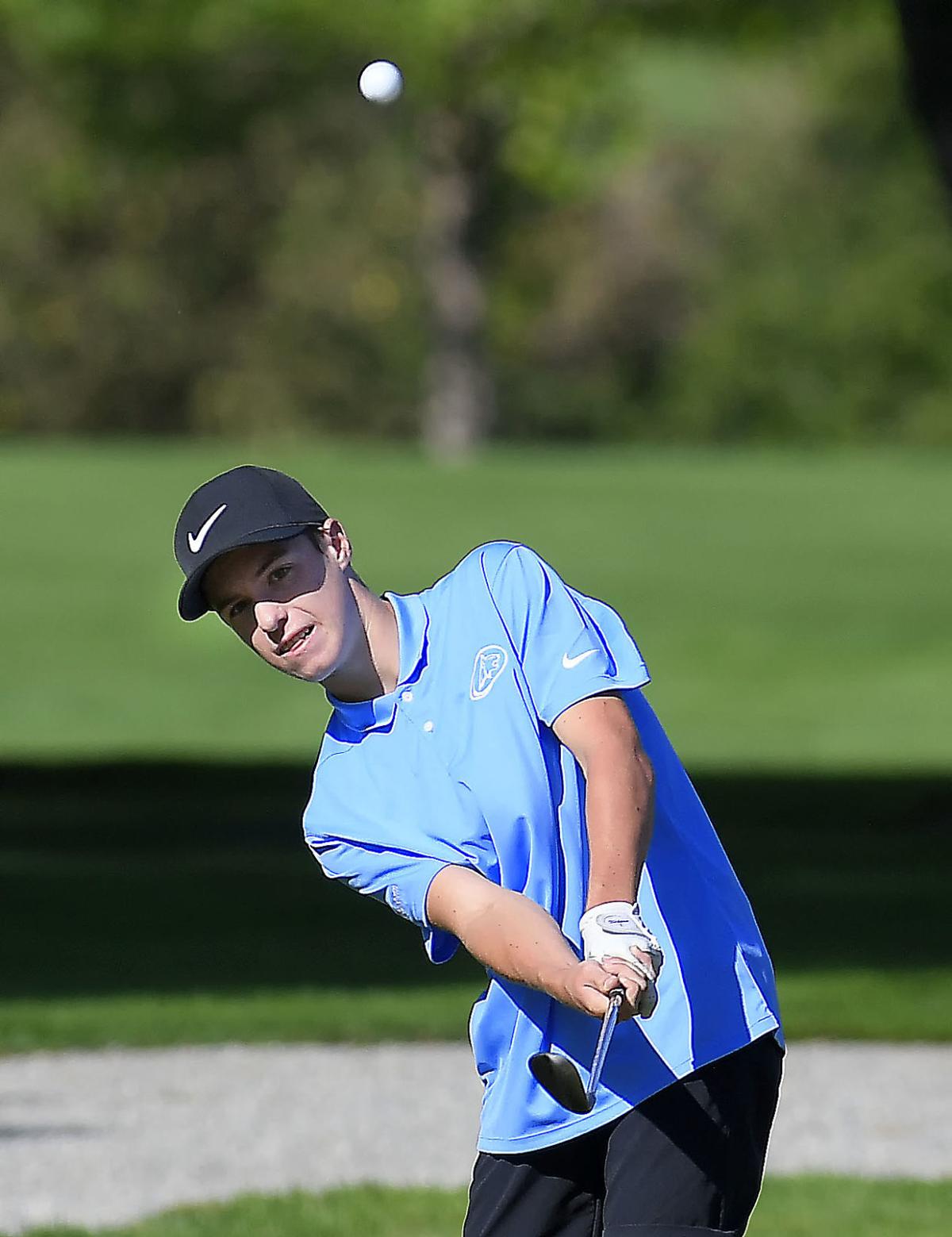 Sky View’s Braden Alder chips the ball onto the fifth green at Birch Creek Golf Course on Monday. He was the top individual finisher with a 75.

Jace Blotter hits his tee shot on the fourth hole at Birch Creek Golf Course on Monday during a Region 11 tournament.

Sky View’s Braden Alder chips the ball onto the fifth green at Birch Creek Golf Course on Monday. He was the top individual finisher with a 75.

SMITHFIELD — If the opener was an indication of things to come in Region 11, then it will be a tight race for the boys golf title in 2020.

Monday marked the first tournament that counts toward the region standings as the six schools gathered at Birch Creek Golf Course for a morning shotgun start. By early afternoon, it came down to the fourth golfers on most of the squads to decide the team outcomes.

Host Green Canyon and Ridgeline ended up tying with team scores of 328. The top four individual scores of eight players count toward the team total. The Wolves and Riverhawks will share the top points as there is no tiebreaker this year. In the past, the fifth golfer’s score would have broke the tie, which Green Canyon would have won with an 85 to 88 from a Ridgeline player.

“I feel our team has enough potential to take first and win region,” Green Canyon’s Kenden Blotter said. “We have guys on the team that have shown they can shoot low, so we have a really good chance of taking region. I just hope it turns out good.”

Just one stroke behind the Wolves and Riverhawks was Bear River at 329. Only 15 strokes separated first and fifth. Following the Bears were Sky View (335), Logan (343) and Mountain Crest (351.

“I think we should have a pretty good team this year,” Ridgeline’s Zach Skinner said. “A lot depends on how our third and fourth golfers come in. But we have a lot of really good players.”

Each school had at least one individual garner points as the top 12 earn points individually. Bobcat Braden Alder was the medalist with a 3-over-par 75 as he had four birdies.

“I started off good, but then missed a few putts I should have made,” Alder said. “... My drives and short game was working, pretty much everything was working. The course was good and so were the greens.”

Two strokes behind Alder was Blotter with a 77 as he finished second individually. Skinner tied with Bear River’s Dylan Christensen for third at 78.

Blotter started his round with a par on 17 and then a double bogey on the par-5 18th hole. But the senior shook off the shaky start to record three straight birdies, beginning with a 25-putt that found the bottom of the hole.

“I just started pulling everything together,” Blotter said. “I just had to stay focused the whole time.”

How did he put the rough start behind him?

“A lot of times I count my steps and that keeps my mind sidetracked,” Blotter said. “Really, I just focus on my target and don’t think about anything in the past that has happened. It usually ends up pretty good.”

After hitting the long birdie putt on No. 1, Blotter felt his putter was solid the rest of the round.

Skinner had a similar round. The sophomore recorded a bunch of pars, but had no birdies on his mostly consistent round. Chipping and putting made up for some tough drives.

“The pins were in difficult spots, but it was fun,” Skinner said. “The greens were quick, but I like fast greens. I didn’t have any three putts today.”

Alder, who is a junior, led the Bobcats and was joined in the top 12 by teammate Hayden Howell, who finished in 11th with an 83.

“Our team can do better,” Alder said. “We can always do better, but I think we will be good this year. We just need to work hard.”

The Wolves had two players in the top 12 as Jace Blotter tied for eighth with a pair of Riverhawks in Beckham Johansen and Cooper Gunnell with 81s.