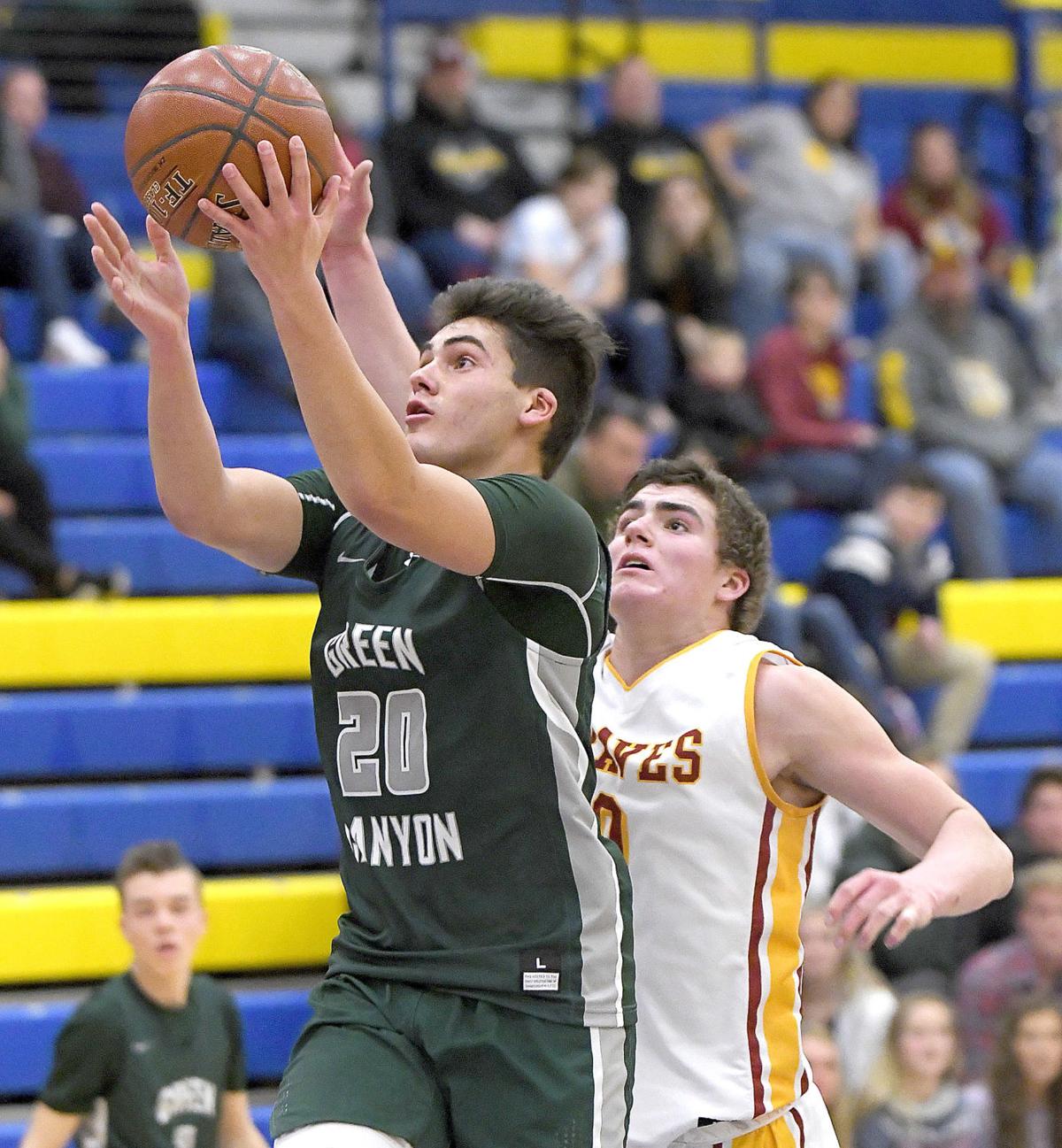 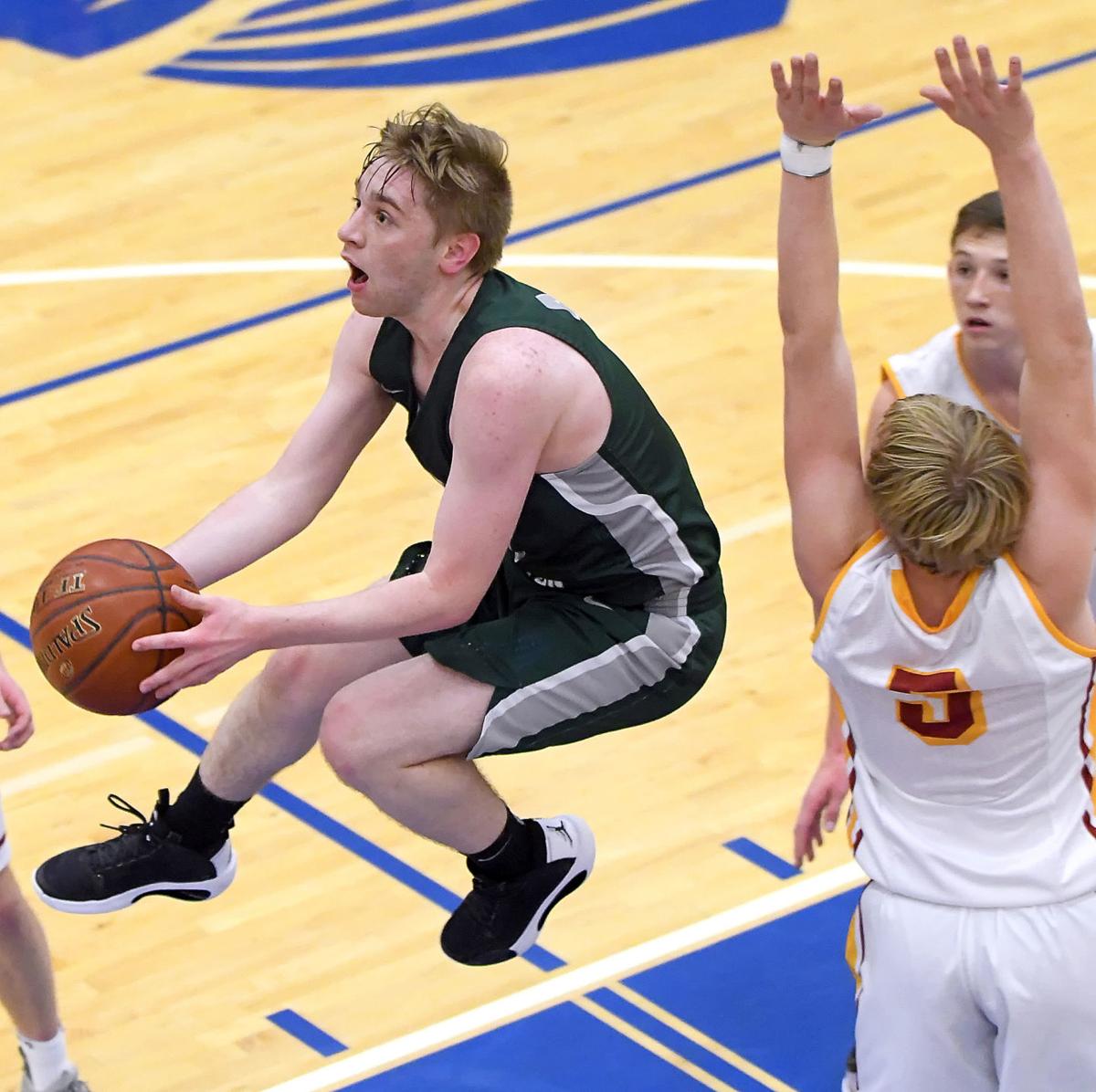 It took a while for the Wolves to get going offensively, but once they did it was lights out for their opponent.

Green Canyon's boys basketball team buried a barrage of 3-pointers in the second quarter to claw its way back in the game, and then pulled away from Star Valley (Wyoming) in the second half en route to a 70-49 drubbing of the Braves in the consolation bracket of the Preston Indian Classic on Friday evening.

The Wolves finished with a whopping 16 3-balls, including five by Cade Deboard, four by Carter Maughan and three apiece by Cole Deboard and McKay Yorgason. Green Canyon outscored Star Valley 41-22 in the second half.

"I was really happy with how we changed the momentum of the game midway through the second quarter," GC head coach Dan McClure said. "We turned a 10-point deficit into a two-point lead at half. We did much of that on the defensive end, which then led to some easy baskets."

The Wolves (2-3) were in the consolation bracket because they lost a 76-74 heartbreaker to Middleton on Thursday. Green Canyon fell behind 19-8 after the first quarter and trailed by 15 points at the half before storming back and making Middleton sweat it out. The Wolves outscored the Vikings 19-10 in the fourth quarter.

Cole Deboard drained six treys and scored 20 points for the Wolves, who got 18 points from Yorgason and 14 from Cade Deboard.

Mountain Crest jumped out to a 12-3 lead over Century at the end of the first quarter and held off a late rally by the Diamondbacks in the consolation bracket of Preston's tournament. It was the Mustangs' first win of the season.

"We were able to get off to a good start, 11-0 to start the game, and that was a big boost for us," MC head coach Kevin Andersen said. "I thought we did a good job defensively tonight."

The Mustangs (1-5) knocked down eight 3-balls, including three apiece by Mason Baldwin and Myles Andrus, who combined for 20 points. Marshall Nethercott led Mountain Crest with 13 points.

Mountain Crest was defeated by Bonneville (Idaho), 64-53, in their first game of the tourney. The Bees won the second quarter, 19-7, and never looked back.

Nethercott netted a team-high 15 points for the Mustangs, who got 13 points from Andrus and seven from Caleb Belles.

Mountain Crest will square off against Star Valley on Saturday afternoon.

Sky View responded from its first loss of the season by outscoring 6A Herriman in every quarter Friday night at the Utah Elite 8 tournament in American Fork.

It was close throughout, but the Bobcats (5-1) were able to stay in front for most of the contest.

“It was great to see the kids rebound after not playing well yesterday,” SV head coach Kirk Hillyard said. “We came out and showed some fight as a team. Our bigs wore them down. Sam (Phipps), Bracken (Schumann) and Evan (Hall) did a great job against some physical big guys.”

Phipps led the Bobcats in scoring with 22 points. Mason Falslev was close behind with 19 points.

The Bobcats wrap up the tournament Saturday at 1:10 p.m., facing either Timpview or American Fork.

“Looking forward to anther good game tomorrow,” Hillyard said. “The kids are learning and helping each other get better.”

It was a tough trip north for Logan Friday night.

The Grizzlies (1-4) stayed close through the first half at Rigby, Idaho. However, the Trojans used a big third quarter to get some space and cruised to the win.

“We got tested about as tough as we can this time of year against maybe the best team in Idaho,” Grizzly head coach Logan Brown said. “A lot of credit to Rigby, they played really well. We played together, but struggled against Rigby’s size. These games will play off for us later in the year. We have a great group of kids, and we will focus on improving.”

Logan was led by Isaac Larsen and Isaac Pinegar with 13 points each. Jadin Tuft added nine points on a trio of 3-pointers.

Ridgeline jumped out to a 16-6 lead over Highland (Idaho) in the first quarter and coasted to a 63-48 victory over the visiting Rams. It was the Riverhawks' first win of the season.

The Riverhawks drained 11 shots from beyond the arc, including a combined seven from Kaden Cox and Jackson Baker. Baker paced Ridgeline with 16 points, Cox added 14 and Peyton Knowles chipped in with 12.

"We really played great team defense and finished plays," Ridgeline head coach Kyle Day said. "It was fun to get a win in front of our home crowd. We are excited about the next one here against Skyline on Wednesday."

Defending 5A state champion Corner Canyon gradually pulled away from reigning 4A champ Sky View in every quarter en route to a 63-42 win on Day 1 of the Utah Elite 8 tournament.

Sam Phipps shined for the Bobcats as he finished with 19 points, but the Chargers were able to limit Mason Falslev to 10 points.