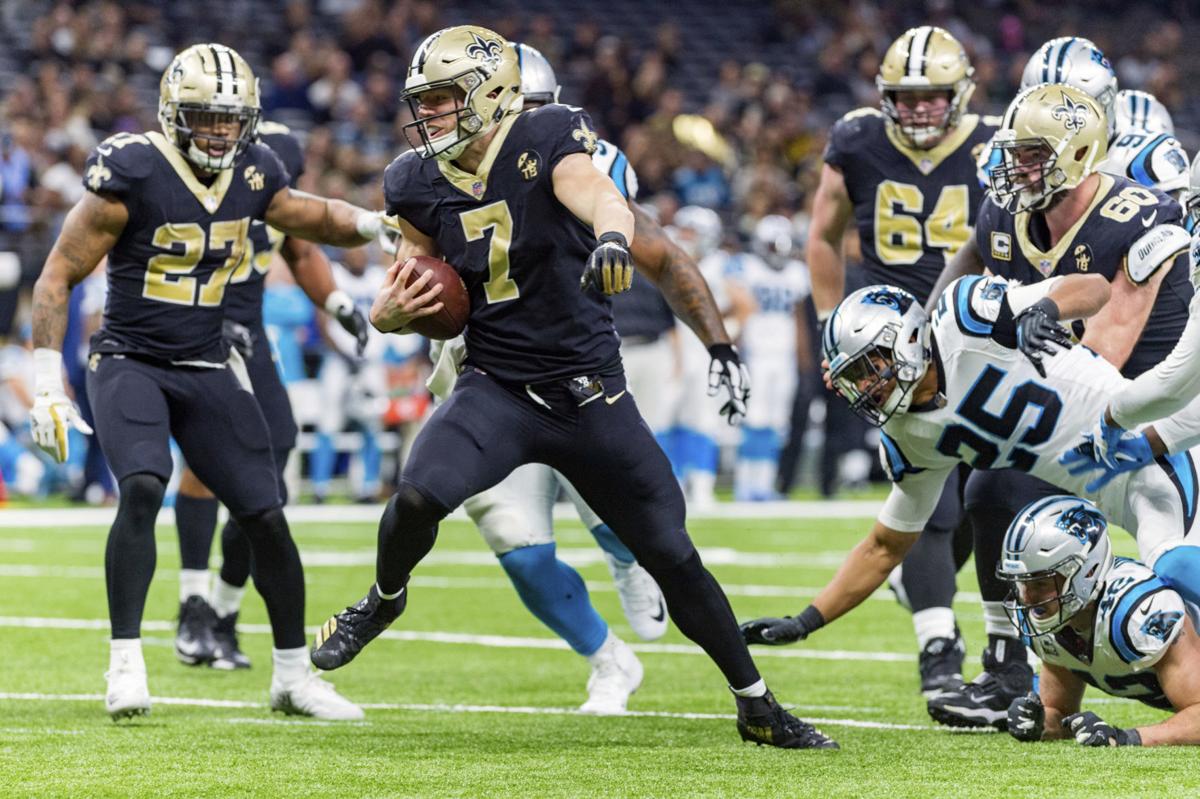 New Orleans Saints Taysom Hill (7) scores a touchdown during an NFL football game against the Carolina Panthers on Dec. 30, 2018, in New Orleans. 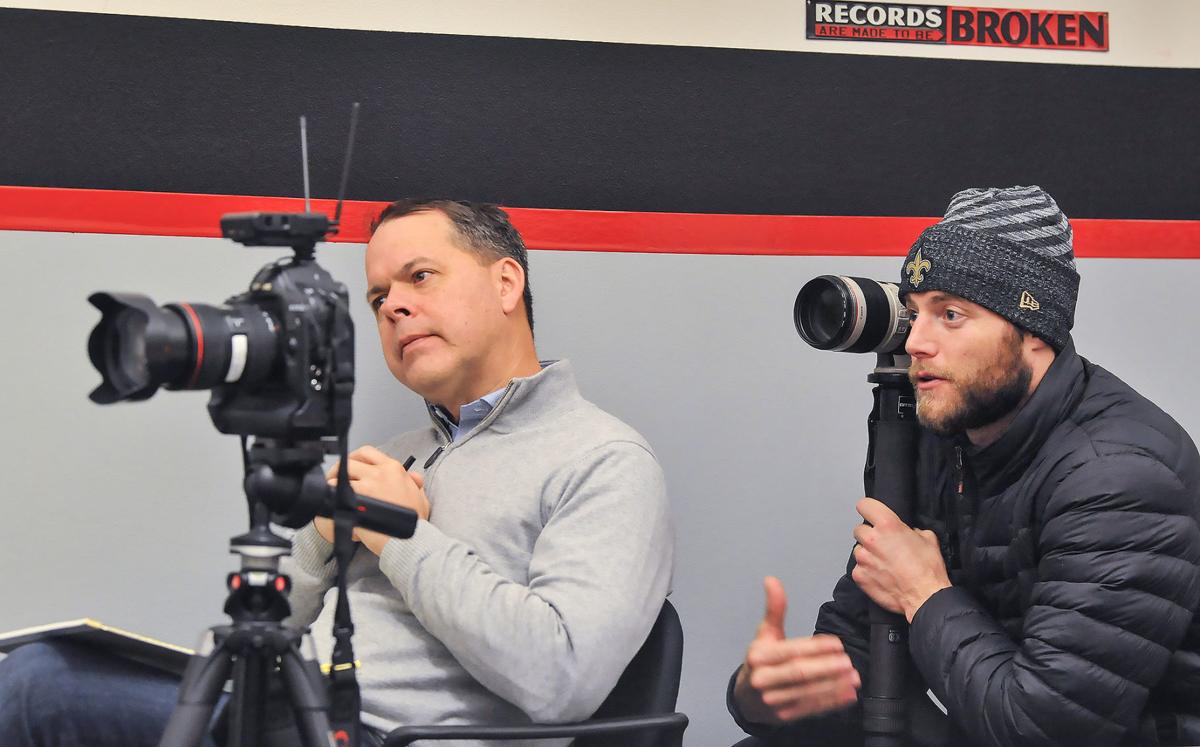 New Orleans Saints Taysom Hill (7) scores a touchdown during an NFL football game against the Carolina Panthers on Dec. 30, 2018, in New Orleans.

POCATELLO — Taysom Hill’s local celebrity status has spread to the South and across the National Football League.

The second-year NFL player and Gate City native is as unique as they come in the top level of football. A quarterback by nature — and on the New Orleans Saints’ roster — Hill has done a bit of everything for the team this season, filling nearly every possible stat column.

Hill has helped the Saints achieve the NFL’s best record heading into the final week of the regular season (13-2). His skills have won the hearts of Saints fans in New Orleans and hometown faithful in Southeast Idaho, prompting the Saints’ digital media team to visit Pocatello and surrounding areas to capture a bit of what makes Taysom Hill, Taysom Hill.

“There’s just not a player like him in the NFL,” said Doug Tatum, the Saints’ executive director of digital media who was recently in Pocatello for the documentary project. “We wanted to show our fans where this guy is from, where his roots are.”

Tatum and Saints digital media video/photo manager Layne Murdoch visited Southeast Idaho and areas of northern Utah around Salt Lake City where they snapped photos and did video interviews with various people from Hill’s past. As Hill and his teammates prepare for the playoffs, the Saints digital media team is releasing a documentary on his background with an expected release date of Jan. 2, 2019.

Additionally, Murdoch compiled photographs for a photo essay on Pocatello and Hill’s family as part of the project.

“It’s a long way from New Orleans,” Tatum said about the Gate City. “We’re really just trying to show off this beautiful town (and) talk to the people that had an influence in shaping (Hill) into the person and football player that he is.”

Hill, 28, has carved a new role for backup NFL quarterbacks. The third-string QB has contributed heavily on the Saints’ special teams this season, while still earning a few quarterback reps. The 6-foot-2, 221-pound Hill, compared to a “Swiss Army knife,” has also been slotted by the Saints at tight end, running back and wide receiver and scored his first regular-season NFL touchdown Oct. 8 against the Washington Redskins on a quarterback run.

Hill’s athleticism and talent have been on display since his days starring at Highland High School. Tatum, Murdoch and longtime Rams football coach Gino Mariani toured the halls of Highland, peeking into bits of Hill’s history. Mariani was interviewed for about 45 minutes before taking Tatum and Murdoch out to the Rams’ practice field and into the weight room, among other locations at the high school.

Hill helped Highland win the 5A state title in 2008. He tied a 5A state title game record in that game with two 50-yard punts, showcasing his versatility at a young age. He hasn’t punted for the Saints — yet — but blocked a punt this season and is listed on the Saints’ depth chart as the No. 1 kickoff returner and No. 2 kick holder, in addition to No. 3 quarterback.

“He’s something that the league has never seen in a quarterback,” Mariani said. “He’s doing things that take up two roster spots.”

The Saints have secured the top seed in their conference for the upcoming playoffs, and hope to reach the Super Bowl for the first time since 2009. A contribution to a Super Bowl title would add to Hill’s mystique, though Tatum said Saints fans already know what they’re witnessing.

“He’s said multiple times he wants to be on the field and he wants to help the team win,” Tatum said. “If you tell Saints fans that you’re just about their team, you want to help your team win, that’s a great way to get loved.”