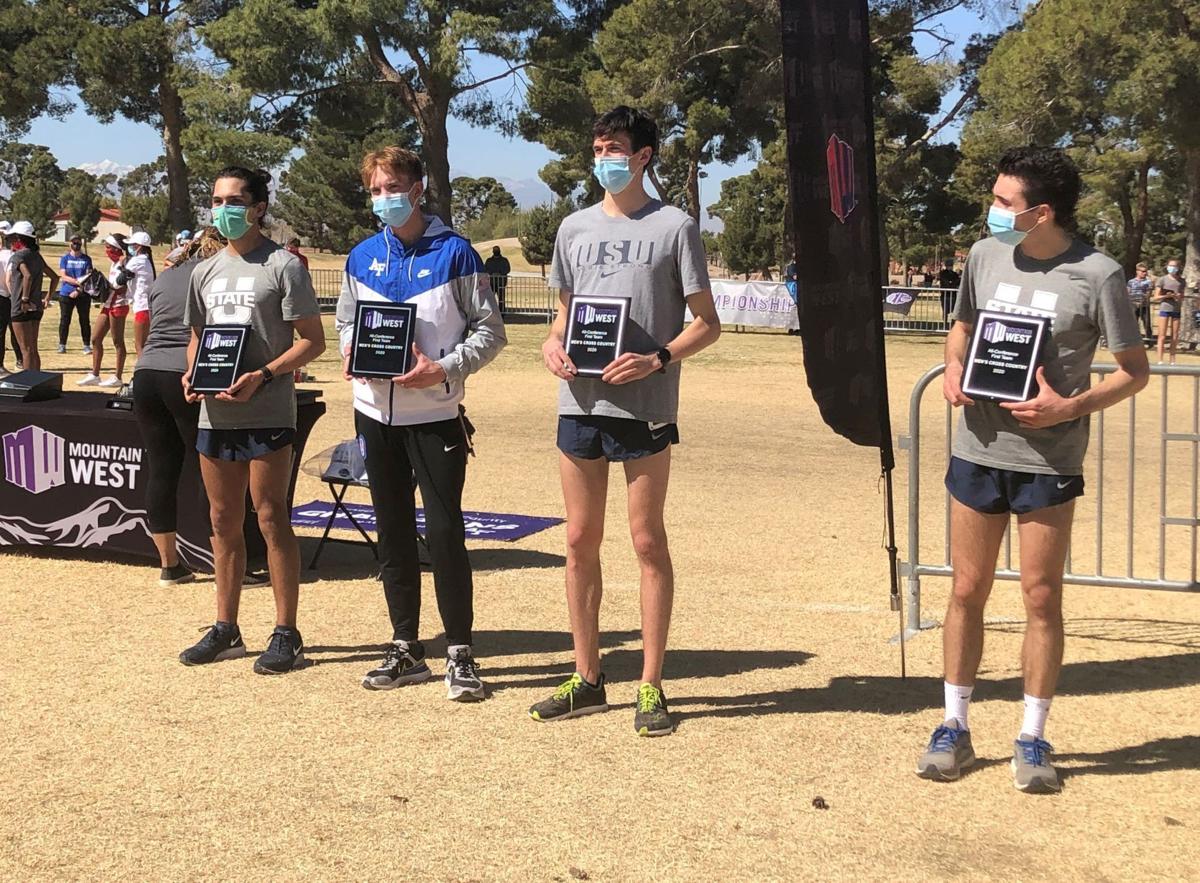 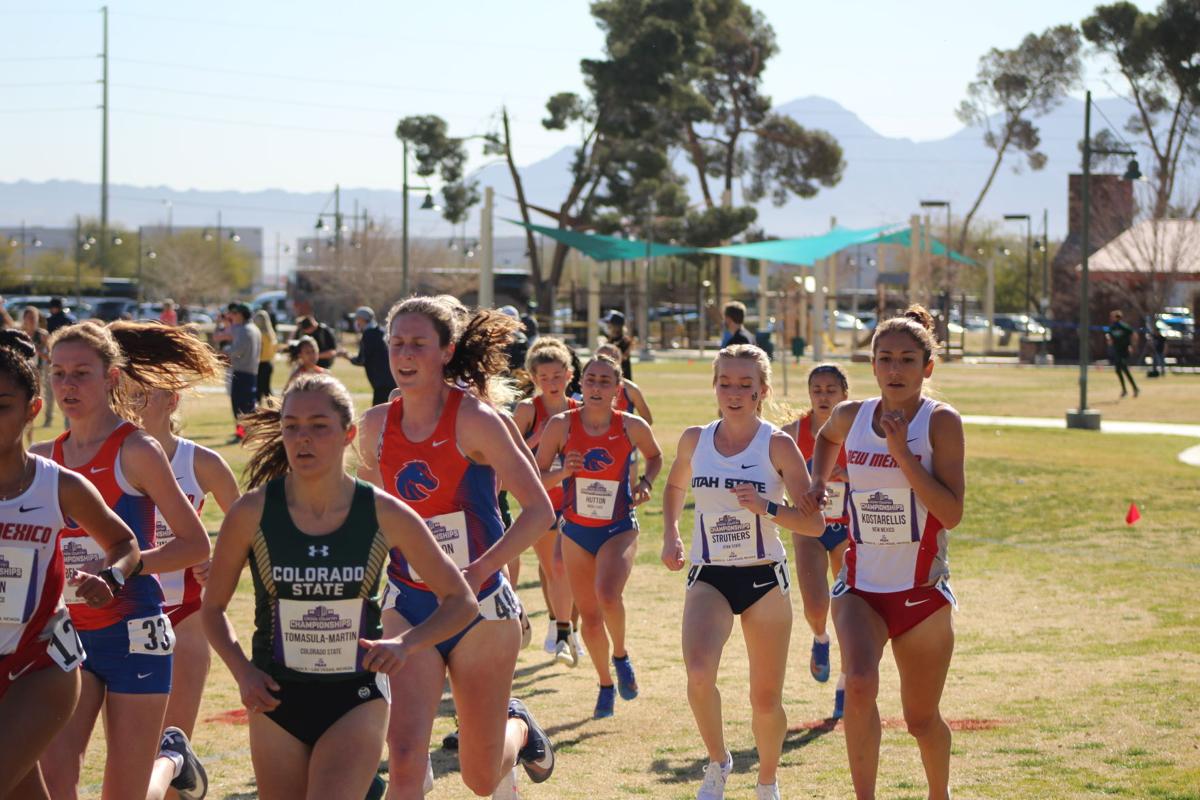 Runners compete at the Mountain West Championships on Friday in North Las Vegas.

Runners compete at the Mountain West Championships on Friday in North Las Vegas.

It was an epic showdown between what turned out to be far and away the two best men’s cross country teams in the Mountain West.

Just how dominant were AFA and USU? The two programs accounted for the first nine placers and 12 of the first 17. Three of the top four runners were Aggies, led by champion Caleb Garnica.

Garnica outkicked Air Force’s Sam Gilman in a thrilling sprint finish. The junior covered the 8K course in 23 minutes, 38.4 seconds, which was .80 seconds faster than Gilman.

Garnica was able to come from behind to give the Aggies their second straight individual medalist at this meet. Dallin Farnsworth was triumphant at the 2019 Mountain West Championships for USU, which also claimed the team title.

“The race went really well,” Garnica said in a press release. “We all ran tough and so did Air Force. It was a super close race. The race went out really well and in the end it became a dual against Air Force. I just remember thinking how much I have worked to get here and all the sacrifices I’ve made. I thought the Air Force guy had me, but I mustered just enough to outkick him.”

USU’s Camren Todd clocked in two seconds after Gilman, followed by teammate Haydon Cooper seven seconds later. Bridger Altice crossed the finish line in 23:54, which was good enough for the No. 8 position. USU’s top four runners were only separated by 16 seconds.

Garnica, Todd and Cooper — the only senior among USU’s five scoring runners — earned first-team all-conference honors, while Altice secured a spot on the second team.

“To have four guys achieve all-conference and place in the top eight is special,” USU head coach Artie Gulden said in a press release.

USU’s No. 5 harrier, former Mountain Crest standout Spencer Nelson, also fared well as he was 17th with a time of 24:17 — only 39 seconds behind Garnica, who is the MW men’s runner of the year. However, CSU was able to put all five of its scoring runners in the top nine to claim its first MW title since 2015.

“Today was a really good day,” Gulden said. “The ladies took a big step forward from last year. They gave a super effort and fought really hard. The men really dueled it out with Air Force and they ended up getting us by a small margin, so congrats to them. But, it looks like our men should be good for an NCAA berth. We will find out on Sunday.”

There have been four different men’s Mountain West team champions in the last six seasons. Conversely, the New Mexico women have been unstoppable for more than a decade. The Lady Lobos, ranked third nationally, captured their 13th consecutive title as they limited their point tally to 29.

USU’s women were led by Katie Haviland, who garnered second-team all-league accolades with her eighth-place time of 20:22. The senior finished 25 seconds behind champion Mahala Norris of Air Force, who completed the 6K course in 19:57.

“Overall, it was a tough race with really good competition,” Haviland said in a press release. “Our girls fought and I am proud of them. We fell a little short of our goal (of the top three), which is hard to accept, but we have a very young team in a very good field, and we will use this as fuel for next season. We learned a lot from this race and we will continue to look for opportunities during the outdoor track & field season and next cross country season to prove how good we can be.”

The Aggie men will surely be headed to the NCAA Championships, which will take place on Monday, March 15 in Stillwater, Oklahoma.