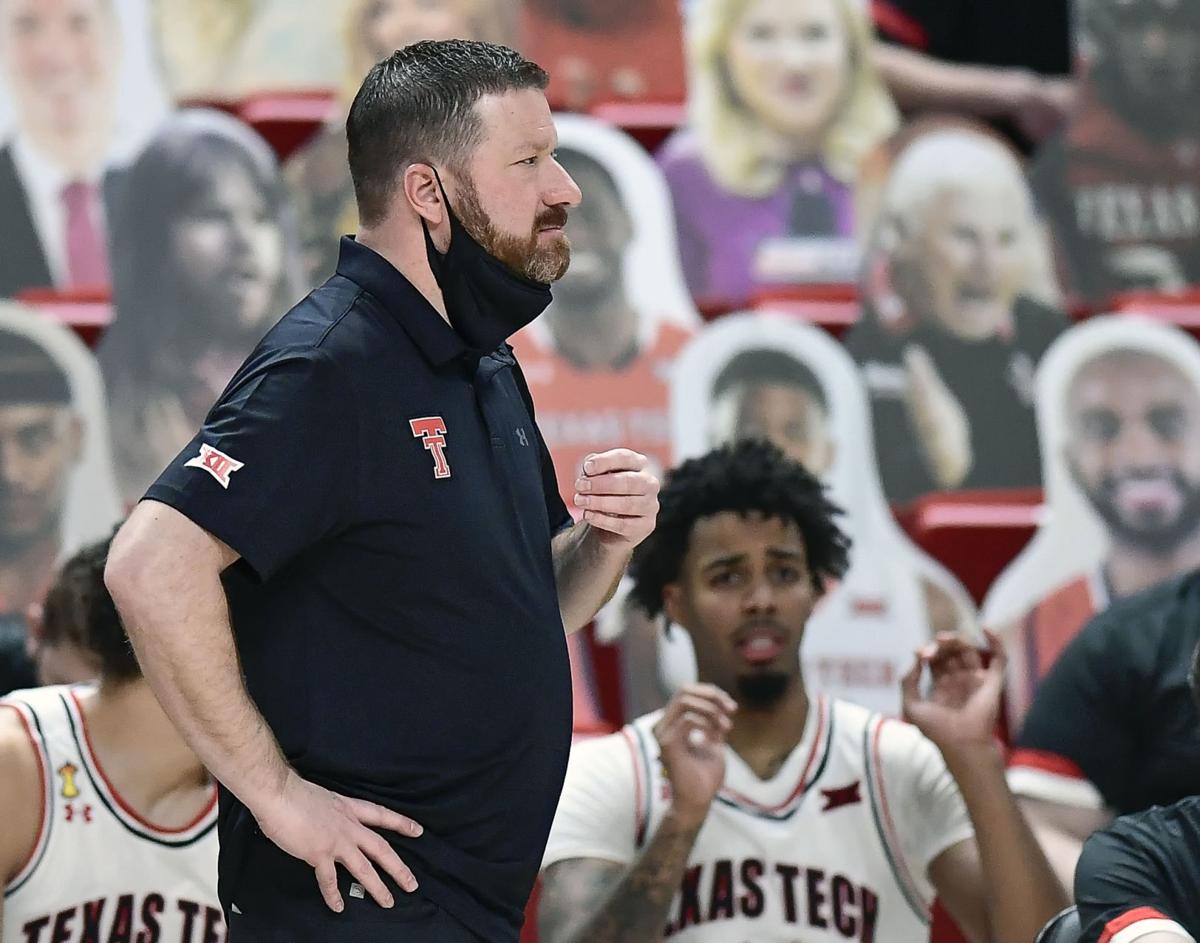 Texas Tech head coach Chris Beard watches from the sideline during the second half of the Red Raiders’ game against Iowa State earlier this season. 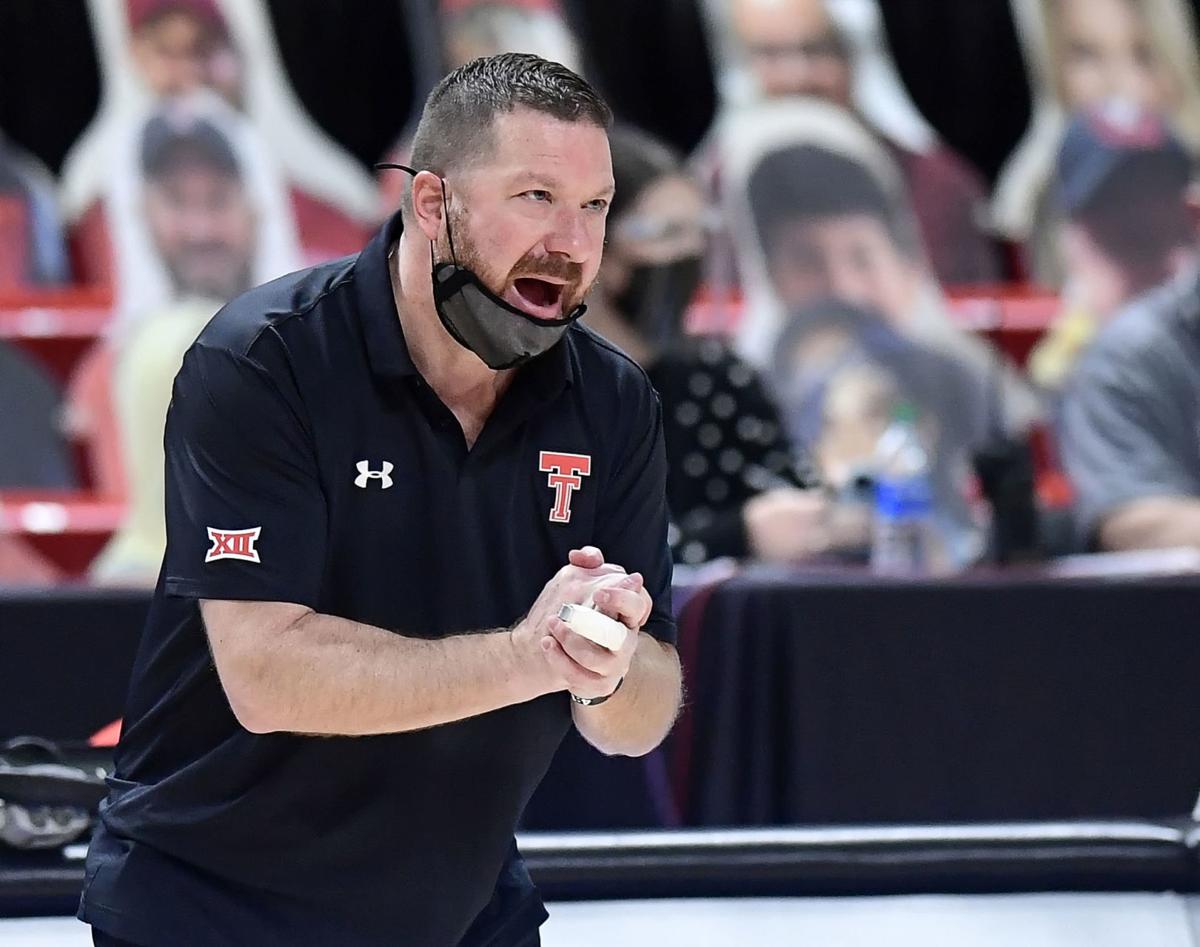 Texas Tech head coach Chris Beard reacts from the sideline during the first half of the Red Raiders' game against Grambling State earlier this season.

Texas Tech head coach Chris Beard watches from the sideline during the second half of the Red Raiders’ game against Iowa State earlier this season.

Texas Tech head coach Chris Beard reacts from the sideline during the first half of the Red Raiders' game against Grambling State earlier this season.

When the Aggies and 21st ranked Red Raiders take to the court at Simon Skjodt Assembly Hall on the campus of Indiana University on Friday in the first round of the NCAA Tournament, it will pit a pair of head coaches against one another that generally like each other.

Utah State, the 11th seed in the South Region, will face sixth-seeded Texas Tech on Friday in Bloomington, Indiana. Tipoff between the Aggies (20-8) and Red Raiders (17-10) will be at 11:45 a.m. MT and televised on TNT.

While the head coaches have known of each other for a while, what really made them friends was the discussion over a guard that both coached. That would be Matt Mooney, who has spent the past two years with G League teams from the Memphis Grizzlies, the Cleveland Cavaliers and the Toronto Raptors.

Mooney played as a freshman at Air Force, averaging 6.9 points a game, but then transferred to South Dakota where Smith was the head coach. At South Dakota, Mooney had two big years, earning Newcomer of the Year as a sophomore and all-Summit League accolades twice. He averaged 18.6 points a game as a sophomore and then posted averages of 18.7 points, 4-1 rebounds and 3.1 assists as a junior.

Smith left for Utah State in 2018, and Mooney graduated from South Dakota. He still had a year of eligibility and big schools came calling. He chose to play his final collegiate season at Texas Tech for head coach Chris Beard as a grad transfer.

“When we recruited Matt Mooney, Matt had played for Craig (Smith) the year before, and Craig was great to us during that transfer process,” Beard said Sunday during a press conference. “He’s a basketball guy that came up the right way. I’ve kind of followed his teams from afar.”

Mooney made a good choice as the Red Raiders made a run all the way to the 2019 NCAA Tournament championship, where they faced Virginia. Texas Tech fell in overtime, 85-77. Mooney was named to the all-tournament team. Mooney has continued to stay in touch with both coaches the past two years.

“Chris Beard is a great guy, great coach,” Smith said during a press conference Sunday. “Matt Mooney was a heck of a player for us at South Dakota. He just texted me the other night after we beat Colorado State and wished us good luck in the championship. … Coach Beard reached out about Matt and we talked about what kind of guy he is, so I know coach Beard.”

An interesting side note is the fact that current Aggie guard Marco Anthony was on that national champion Virgina team. He didn’t see any playing time in the title game, but played off the bench for the Cavaliers.

“Yeah, Marco was there too,” Smith said. “My family and I were there watching it, cheering on Matt and the Red Raiders.”

And one more connection between the two schools is the head football coach at Texas Tech. Matt Wells played at USU and later coached the Aggies before leaving to take over the Red Raiders program two years ago. Wells came to games this season when USU played New Mexico in Lubbock, Texas, as the Lobos played some of their home games there this season.”

Beard didn’t attend those games in Lubbock, but has caught a number of Aggie games this year as they are typically on later at night for television.

“I’ve probably watched Utah State 10 or 12 times this year, including the other night in their championship game,” Beard said. “They’ve got really good players. We know they’re going to be disciplined. I’m looking forward to digging in and preparing for a great opponent.

“... My congratulations to Craig (Smith) and his staff for everything that they’ve done. It’s going to be a great game. I think it’s going to be one of the best first-round games in the tournament.”

Both teams started the season with high expectations and took a few lumps along the way. However, both are back to playing well in the most important month of the basketball season — March.

The Red Raiders were ranked as high as No. 7 at one point this season. Texas Tech is 8-2 in the NCAA Tournament with Beard at the helm.

“We have worked towards this (NCAA Tournament) all season long, so this is where we intend on playing our best,” Beard said. “We’ve got another week to improve. … I told our guys that I don’t know if we are ready to play Utah State right now, but we will be by Friday. … I really think this team is more than good enough to make a run. We just have to be the best version of ourselves.”

Texas Tech went 9-8 in the competitive Big 12, tying with Oklahoma for sixth place in the conference. The Red Raiders led the league in scoring defense (63.4 points a game) and turnover margin (5.07) and are second in field goal percentage defense (41 percent).

USU went 15-4 in the Mountain West Conference to finish second. The Aggies also have one of the better defenses in the country and their rebound margin has been among the top all year long.

“My respect for Utah State starts with Craig, their coach, somebody I consider a friend,” Beard said. “Somebody that I know in the business. He did a great job at South Dakota before earning his next step at Utah State. He’s one of the best coaches in the country.”

And one final note on these two coaches: Beard and Smith share the same agent.